Zelienople, “Don’t Stop Until You Die” 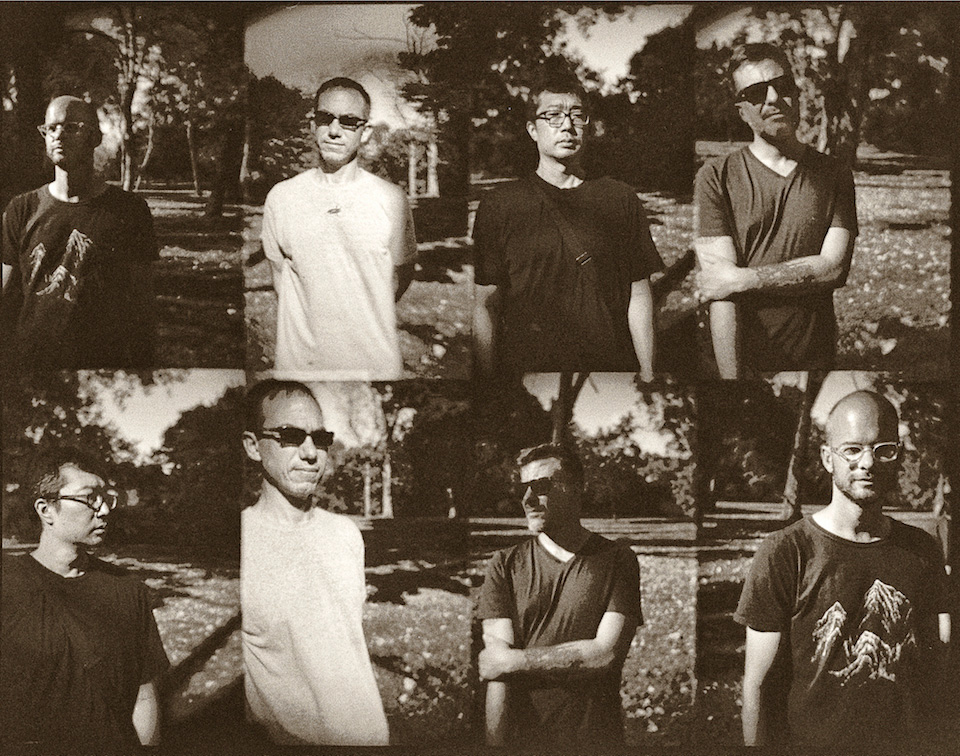 The solution? Wading into stormy waters ever so slowly, and letting the tension build alongside creeping minor chords, ricocheting drum rhythms, lumbering bass lines, and the overwhelming sense that everything is not going to be okay. Or is it? Judging by the email exchange we had with Christensen earlier this week, the singer/guitarist is holding onto hope for humankind even when his music hints otherwise. As is the rest of the Chicago group, including drummer Mike Weis, bassist Brian Harding, and keyboardist Donn Ha. The tight-knit crew reaches new collective heights on Show Us the Fire, an album due out through Immune Recordings this Friday. But first we have the official video for “Don’t Stop Until You Die,” described by director Chris Hefner as follows:

Matt, Mike, Brian, Donn and I had kicked around several ideas for a “Don’t Stop Until You Die” video, many of which I liked quite a bit. But when Mike took a video of his son Jee riding this bizarre miniature ferris wheel in front of a somehow simultaneously dispassionate and reverent gang of children at a pizza pizza parlor, I knew we’d found our moment. Something about the equal doses of recognizability and deadpan weirdness offered by the scene seemed very much in line with a song about pushing through the inexplicable mundanity of things every day until you run out of days. Around and around. Intermittently observed, alternately present and distracted, performing or not. Around and around and around. Glorious, mesmerizing absurdity punctuated by a full stop. Luckily for us, Borelli’s Pizza couldn’t have been a more accommodating host, and the gang of children allowed themselves to be bribed with pizza and quarters just long enough to get the camera running.

And now, for our feature presentation, and a quick conversation with Christensen…

What’s the story behind “Don’t Stop Until You Die” on both a personal and creative level?
A lot of my lyrics come pretty quickly to me, and when they come quickly they usually have something to do with the city, alienation, being marginalized, and perseverance. “Don’t Stop…” is told from the perspective of a poor person living alone in the uptown area of Chicago. The music was based on Brian’s linear bass line, and everything came together pretty quickly.

Considering all the outside projects you’re all involved in, what does each member of the band bring to the table?
I don’t think that our outside projects have much of an influence on this band. I think (from what people tell us) that Zelienople has a sound, and for whatever reason, we usually end up sounding like us when we play together (but that’s not deliberate). I tend to have the “big picture” in mind, Mike knows when things don’t “feel right”, Brian is good at editing out our clutter and bad ideas early on, and Donn is good for making us take breaks.

Let’s talk about the political/social undercurrent of the album and how the group expresses its discontent in a way that’s subtle, and ultimately more rewarding, than an overtly “angry” record.
I grew up with not much money, but it really wasn’t until my twenties—when I started meeting more people from other backgrounds—that I realized that there were a lot of resources out there that weren’t making their way down to most of the population in this country. I’ve been working in social services for the past 15 years, and I’ve seen people in severe poverty with a lot less advantages and skills than I have. The fact that people can survive this state, and even transcend it, is reassuring and gives me hope (something that I need)…. I feel that most people are good, and that even the bad ones are only in a pain of some kind.

What were a few major influences on the album?
I was heavily influenced by the Les Paul Jr guitar and amp distortion. Having Donn around on keys freed me up from having to cover so much sound, so I was able to focus on playing with pretty much no pedals. I also started to get a bit more into surf guitar and California pop culture from the ’60s. It’s not like I studied up on it, though. I just kind of developed a mental image of how I imagine the sound to look using cars, motorcycles, palm trees, etc., and I think of that when I’m playing. Mike got more and more into Korean drumming and improvisation between The World Is a House On Fire and this record, and that has been a big influence for him. Brian switched from multi-instrumentalist to bass, and I know that he prefers it this way. Three of us also have kids, and that’s a big influence. For me, music was the most important thing in my life, but then that changed after my daughter. That’s a good thing; you should have more than one thing that you really like!

Anything else you’d like to add?
Thanks for having an interest in our music.