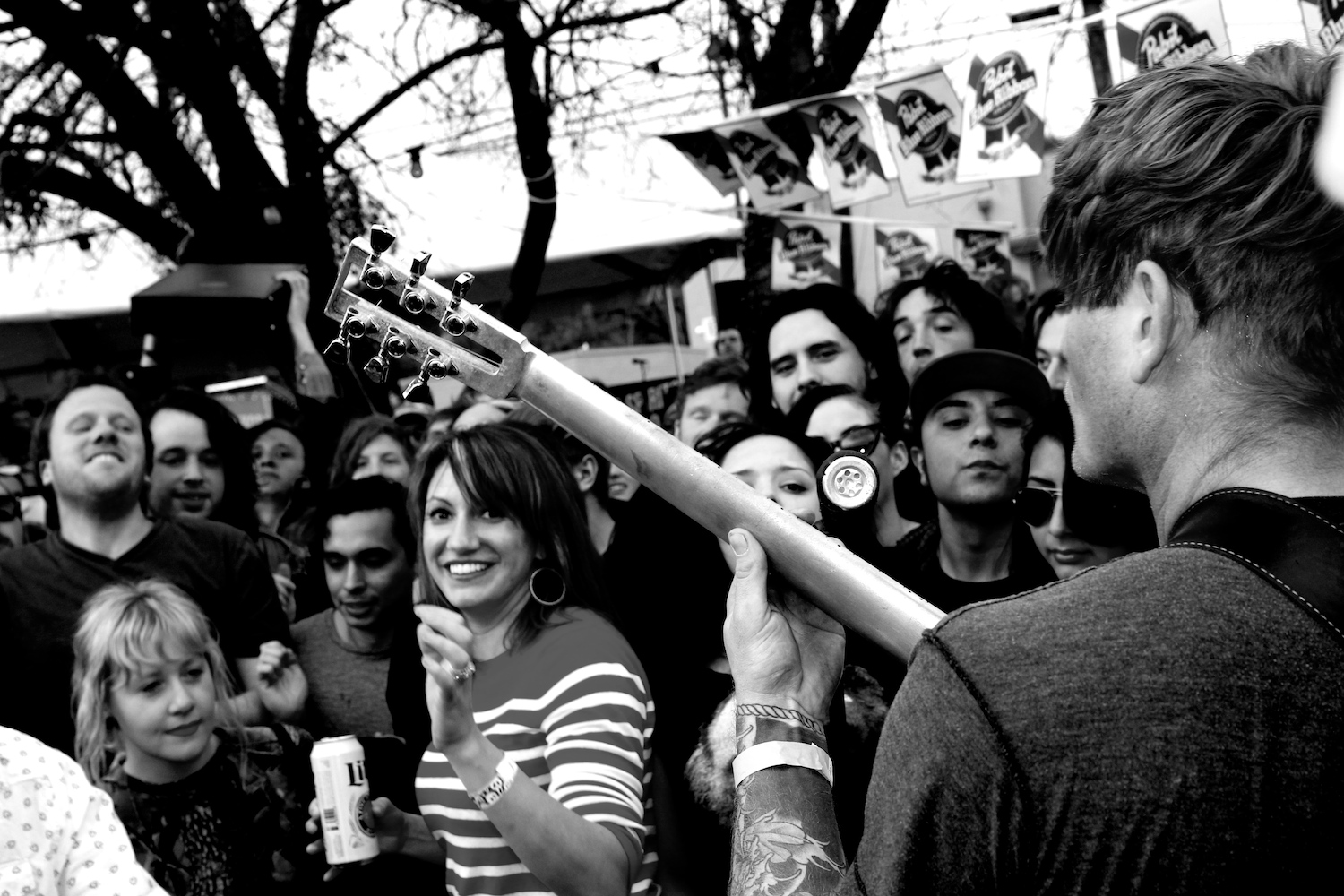 We made a promise to ourselves at South by Southwest this year: If there’s a line more than 10 minutes deep—or more often than not, one at all—don’t wait in it. Seems like a simple concept, although that didn’t keep many people from complaining about the endless queues for the week’s top acts and showcases. Here’s where you should have been instead; we’ll get to our own issues with SXSW 2014 in a separate piece later this week…

1. Christian Mistress
Unlike their sludge-dredging labelmates Windhand—a band you needed a bong and a beanbag to fully appreciate at Pitchfork’s Show No Mercy soirée—Christian Mistress was full of life and, for lack of a better word, fun. Had we actually hung out in heavy-metal parking lots during the ’80s, this is exactly what we would’ve been blasting while knocking back frosty six packs of shitty beer.

2. Coachwhips
If only more reunions went this way: with the band’s frontman (John Dwyer, also of Thee Oh Sees, in this case) lugging his own gear to a back patio corner, then playing a brisk set of bruised crowd pleasers before bringing us all back down to earth with the warbled words, “That’s all we have. Thanks!”

3. Youth Code
L.A.’s first couple of nth-wave EBM honored the legacy of that long-maligned subgenre by slapping their synths around and prowling the claustrophobic stage as if it were a prison cell and their life sentence started yesterday.

4. Protomartyr
If we actually liked the Hold Steady, this is what they’d sound like: sing-song-y, but with prickly post-punk overtones and wound-up waves of nervous energy in place of all those Jersey turnpike jams.

5. Destruction Unit
Having just been told they were closed and at capacity, we were about to walk away from the beloved local bar Beerland when we realized Destruction Unit was pegged to play curbside. Setting the scene with a foggy signal flare, they spent the next half hour whipping up a racket that ended with guitarist Nick Nappa climbing a speaker and staring at a transfixed crowd with unexplained bloodlust in his eyes. Or maybe he was just weighing the option of a stage dive without the stage. Either way, this Arizona-based band continues to be one of the underground’s fiercest live acts.

6. Gap Dream
Here’s something we didn’t expect to hear at Burger’s four-stage mini-festival on Austin’s east side: a band led by a dude (Gabriel Fulvimar) in a Cluster T-shirt, with the lean keyboard lines and moonlit melodies to match his whatever-wave collection back home. Not exactly the garage/psych/punk-rock we’ve come to expect from the Orange County overlords, but neither was the soulful Curtis Harding set we heard a little bit earlier. All of this bodes well for what’s quickly becoming one of California’s most crucial indie labels.

7. Cloud Nothings
The Cloud Nothings album that hits shops next month is much tighter than their last one, but the young band’s live set hasn’t lost any of its bite. If anything, their power trio lineup has forced them to play even harder, making a Cloud Nothings show feel more like a menacing hardcore matinee than any sort of catchy but calm indie rock affair. It was only about 20 fans strong, but the impromptu mosh pit at the group’s Carpark show was nearly as gnarly as every Trash Talk appearance that tested the patience of unsuspecting security crews last week.

8. Diarrhea Planet
The name—still decidedly stupid. The guitars—definitely not in short supply. No wonder why we feel nothing but pure joy every time Diarrhea Planet plows through one of their party time anthems.

10. Yvette
As much as we dig the electronic direction Liars have pursued over their past couple LPs, sometimes we miss the more angular No-Wave vibe of their early efforts. Yvette fill that void quite nicely, harnessing raw power from diamond-tipped drum fills and more guitar pedals than anyone could possibly use in 30 minutes. Or could they?