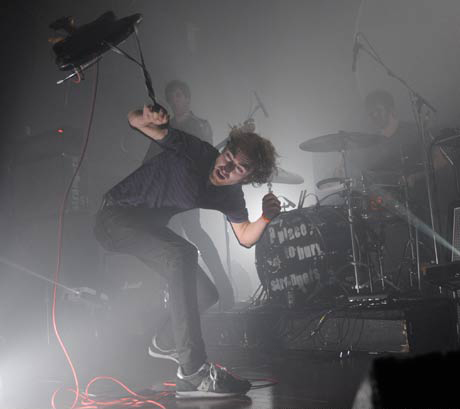 Fresh off the release of their Onwards to the Wall EP, A Place to Bury Strangers have announced their third album. Due out June 26th through Dead Oceans, Worship features 11 new tracks and lots of custom built equipment that threatens to consume their sound like a gang of angry robots. Or as bassist Dion Lunadon puts it, “Every sound on the album is made by us and our tools; tools created by us, used on no other recordings, and purposefully built for this project. This is real. Some of it is the band being in complete control–bending, shaping and building the songs and the sounds. Other parts are the band relinquishing control and letting the songs and sounds take over and produce themselves. We are not trying to reinvent ourselves, but simply push ourselves further in all aspects of our music.”