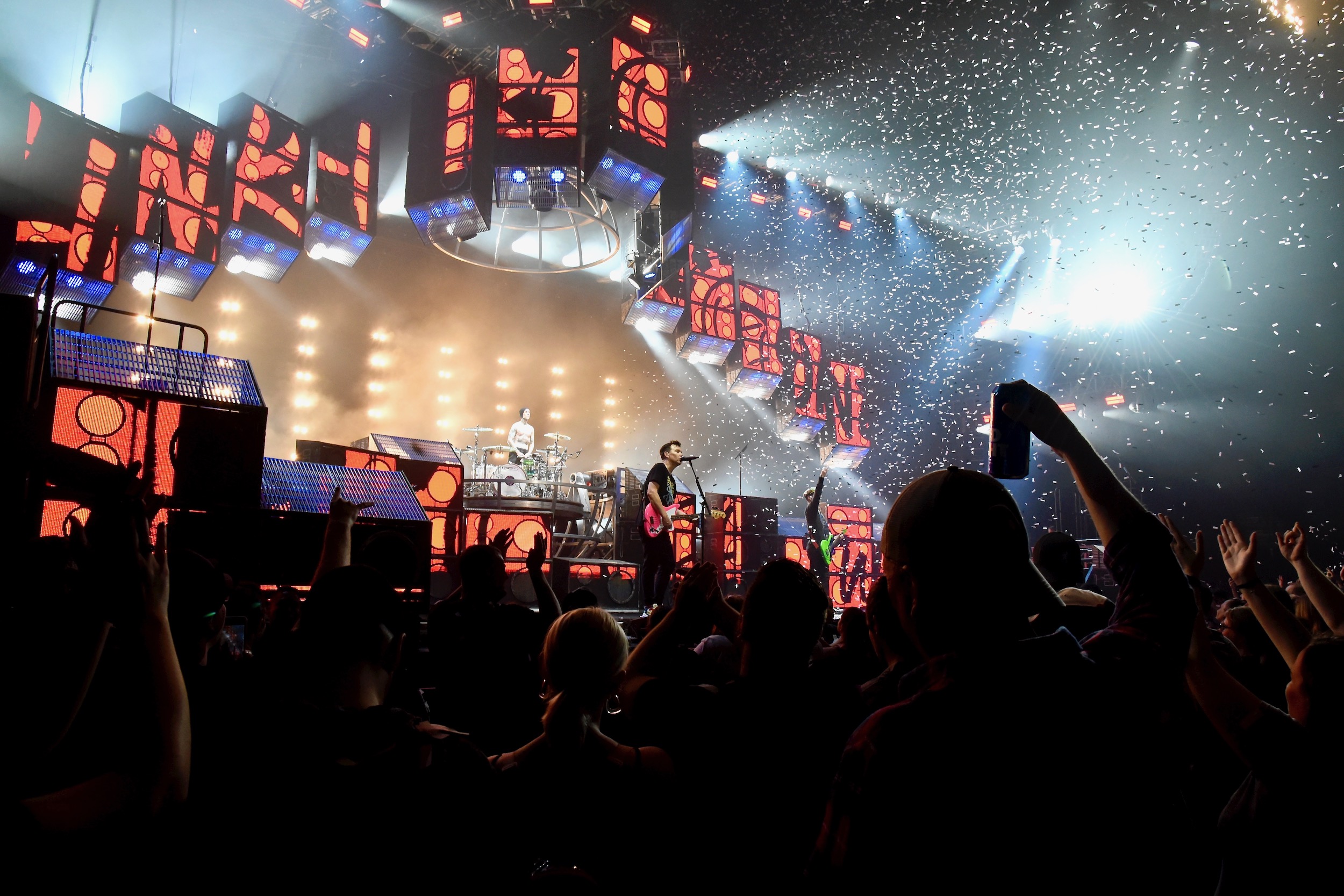 What's my age again? That's right: 38, an inconsequential number until you consider the context of this review. And that is the St. Paul stop of blink-182's obligatory Enema of the State tour. Obligatory because it turned 20 over the summer, which says a lot about several things.

For one thing, I had just graduated high school when blink-182's breakthrough dropped. And, well, the world was a very different place in 1999. Maybe it's because the economy was booming and the year's biggest artists were Britney Spears and Backstreet Boys, but everyone still had a sense of humor then, and pop culture was full of juvenile punchlines that would be considered problematic today. That goes for everything from the sex-crazed storyline of American Pie — a low-budget lark that made $235.5 million, and featured a fitting blink-182 cameo — to Enema of the State's own lyrics.

"Some girls try too hard to impress / With the way that they dress / With those things on their chests / And the things they suggest to me."

You get the point. Yet none of it was considered even remotely controversial because Tom DeLonge, Mark Hoppus, and their newly recruited drummer (Travis Barker) were essentially the Warped Tour version of the Red Hot Chili Peppers' iconic Rolling Stone cover: hormonal, but harmless.

Woodstock '99 also wrecked Upstate New York a month after Enema of the State dropped, so if you want a shining example of toxic masculinity from the tail end of the Clinton administration, it wasn't "Dumpweed" or "Dysentery Gary." It was the moment in Limp Bizkit's Woodstock set where that doofus Fred Durst muttered and screamed, "I pack a chainsaw. I'll skin your ass raw. And if my day keeps going this way, I just might break your fucking face tonight."

So what does this all have to do with seeing a blink-182 show in 2019? Well, I never thought I'd say this, but I prefer their new material nowadays, if only because it feels more genuine and reflective of where they're at as people. If you read anything about the record blink-182 is releasing next week (Nine), you'll notice it's got more to do with the world's dark side and Hoppus' lifelong struggle with depression than dick jokes and first dates.

It's also the second album they've cut with Skiba, playing to his strengths far better than songs he is forced to sing karaoke-style in DeLonge's stead. No one in this scene has a voice that nasally — a little punk rock show, a little conspiracy theorist on the corner — so it's not Skiba's fault that some Enema of the State tracks fail to land as hard as they did in DeLonge's hands.

At least he has a sense of humor about the whole situation, turning the "wish my friends were 21" line in "Anthem" to "41". Skiba is 43, you see — just like Barker — and Hoppus is 47. Which makes Enema of the State's encore presentation the equivalent of reenacting one's college years, especially the embarrassing parts. Would you want to do that onstage? Didn't think so.

That said, I can't blame them for trying. Drum risers don't pay for themselves, and neither do big name co-headliners like Lil Wayne. Backed by a full band, the rapper brought a blunt object bent to his back catalogue despite early reports of not quite feeling blink-182's fans.

The pairing makes perfect sense if you stop and think about it. As Jonah Hill pointed out in his poignant, deeply personal movie Mid '90s, hip-hop and punk rock have a long history together.  Anyone who's ever seen a classic skate video knows that. The seamless crossover between those two subcultures was a major part of the Warped Tour during its heyday as well. In fact, do you know who played that festival back in 1999? Blink-182, Black Eyed Peas, Eminem, Suicidal Tendencies, Pennywise, and Ice T. 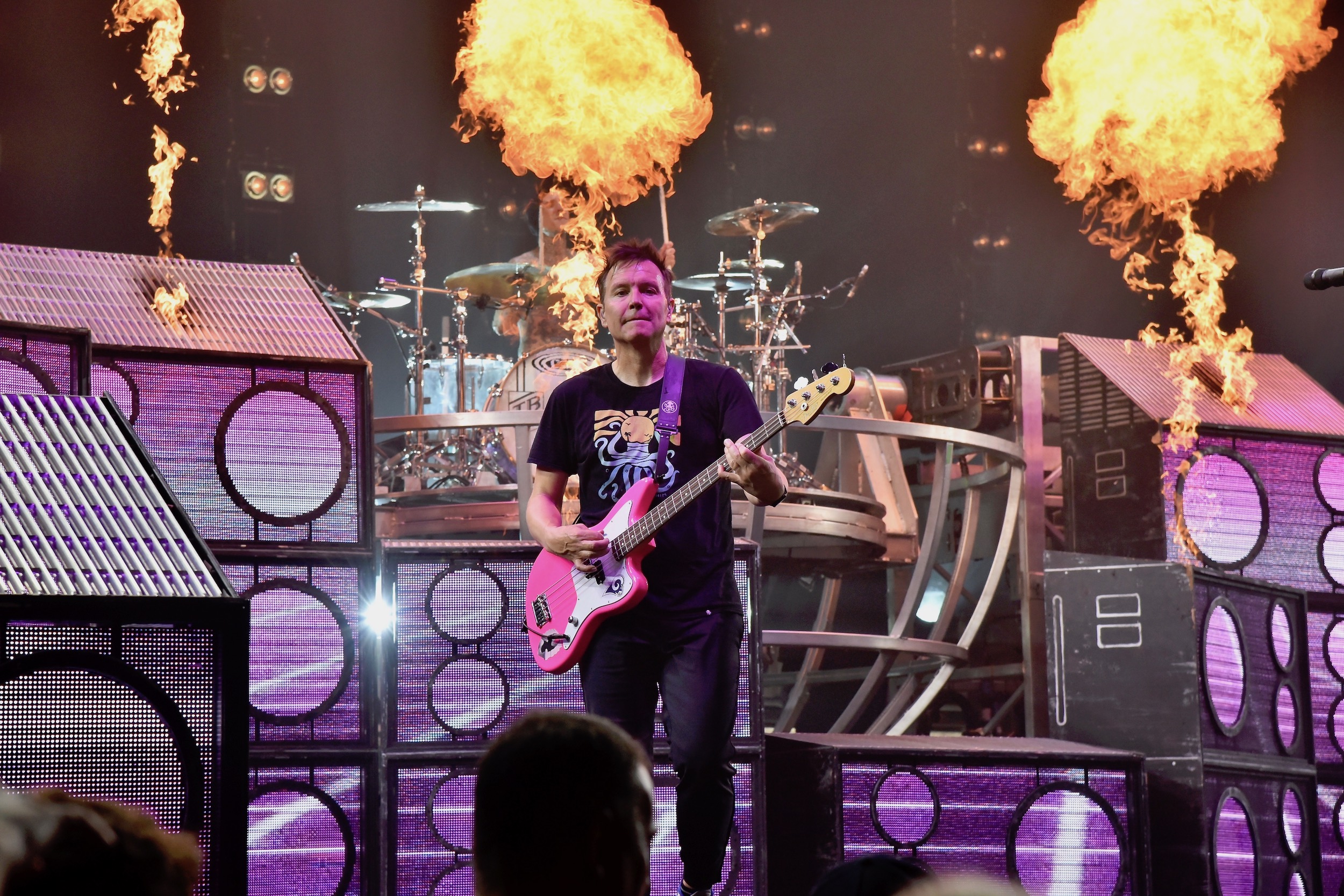 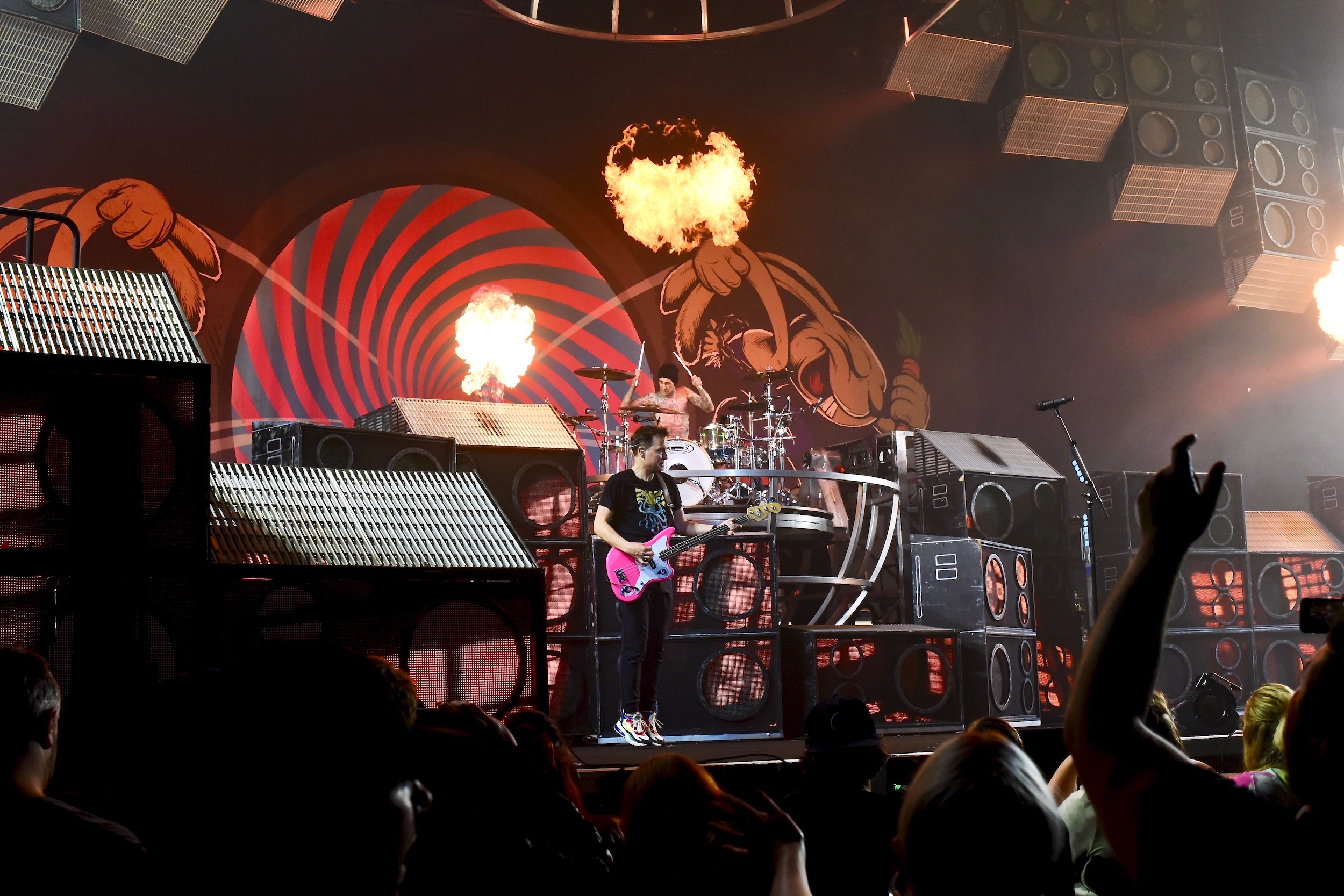 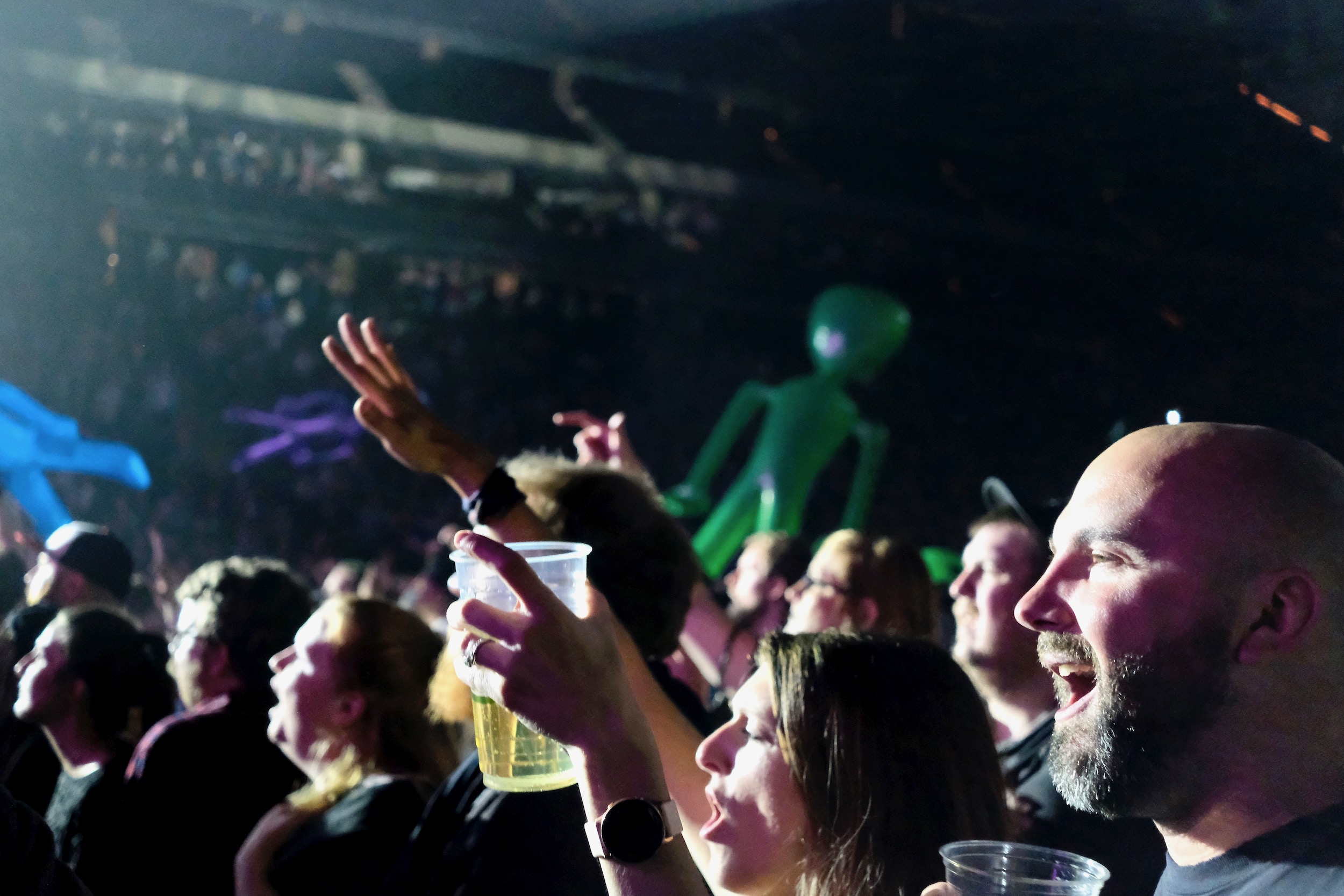 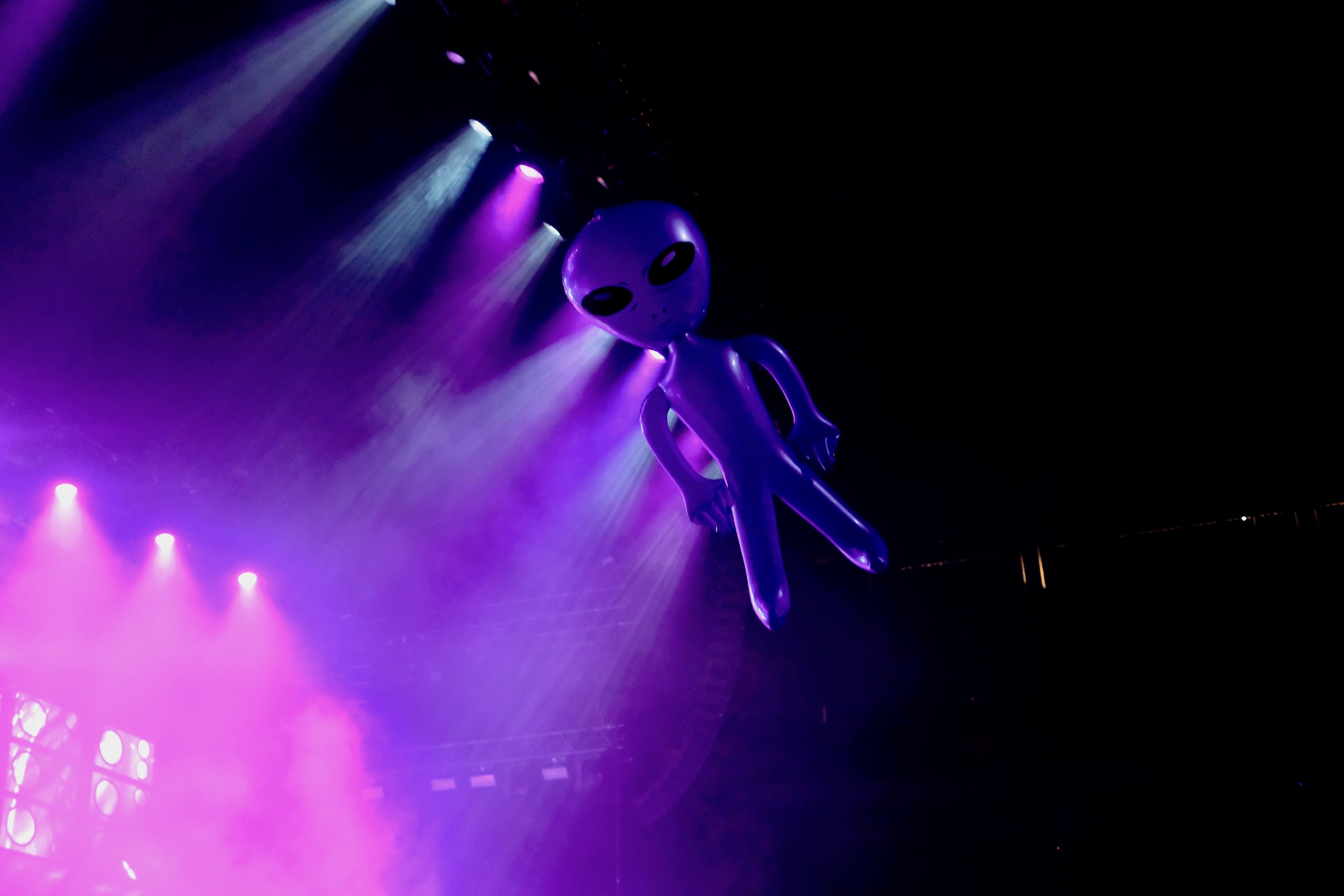 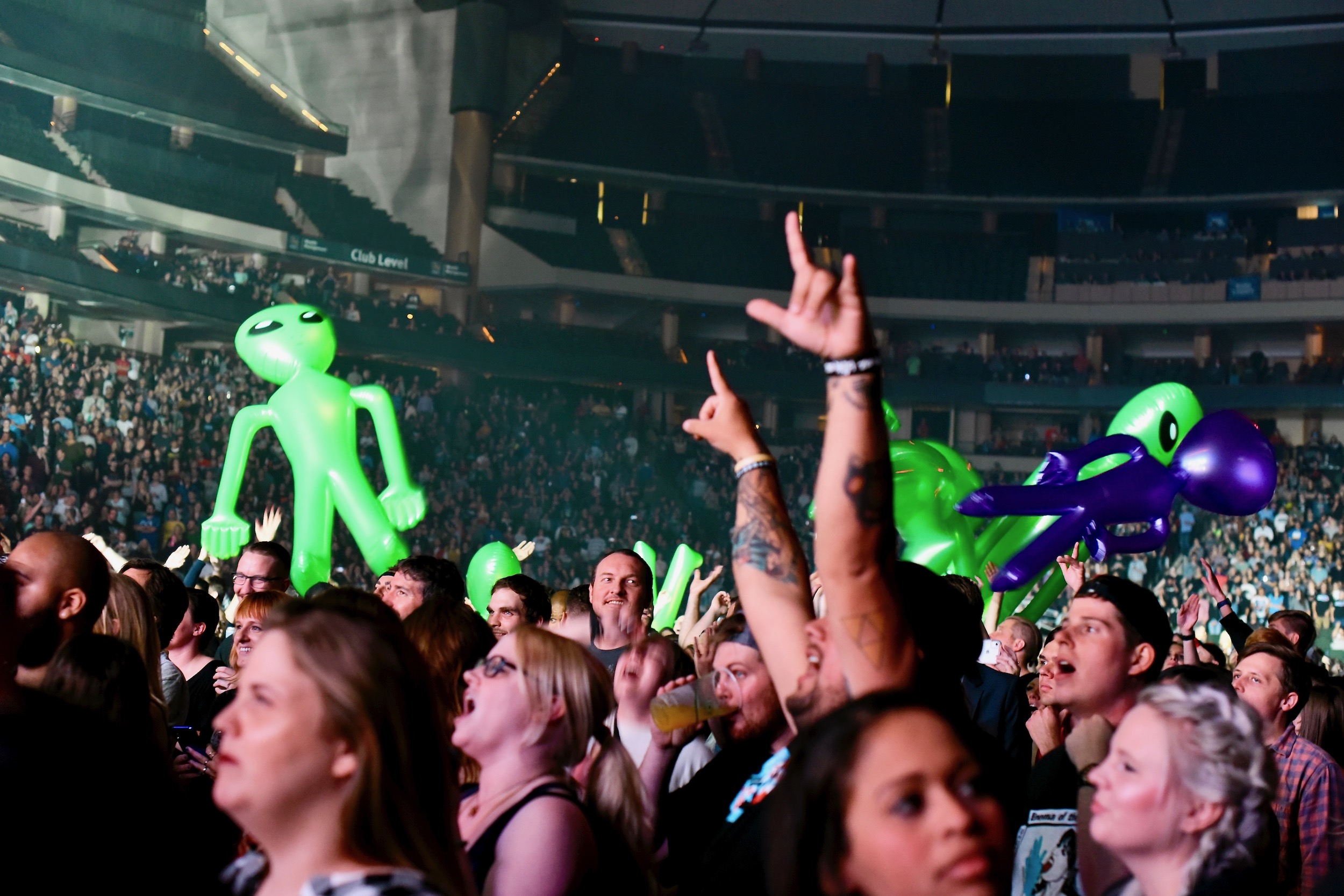 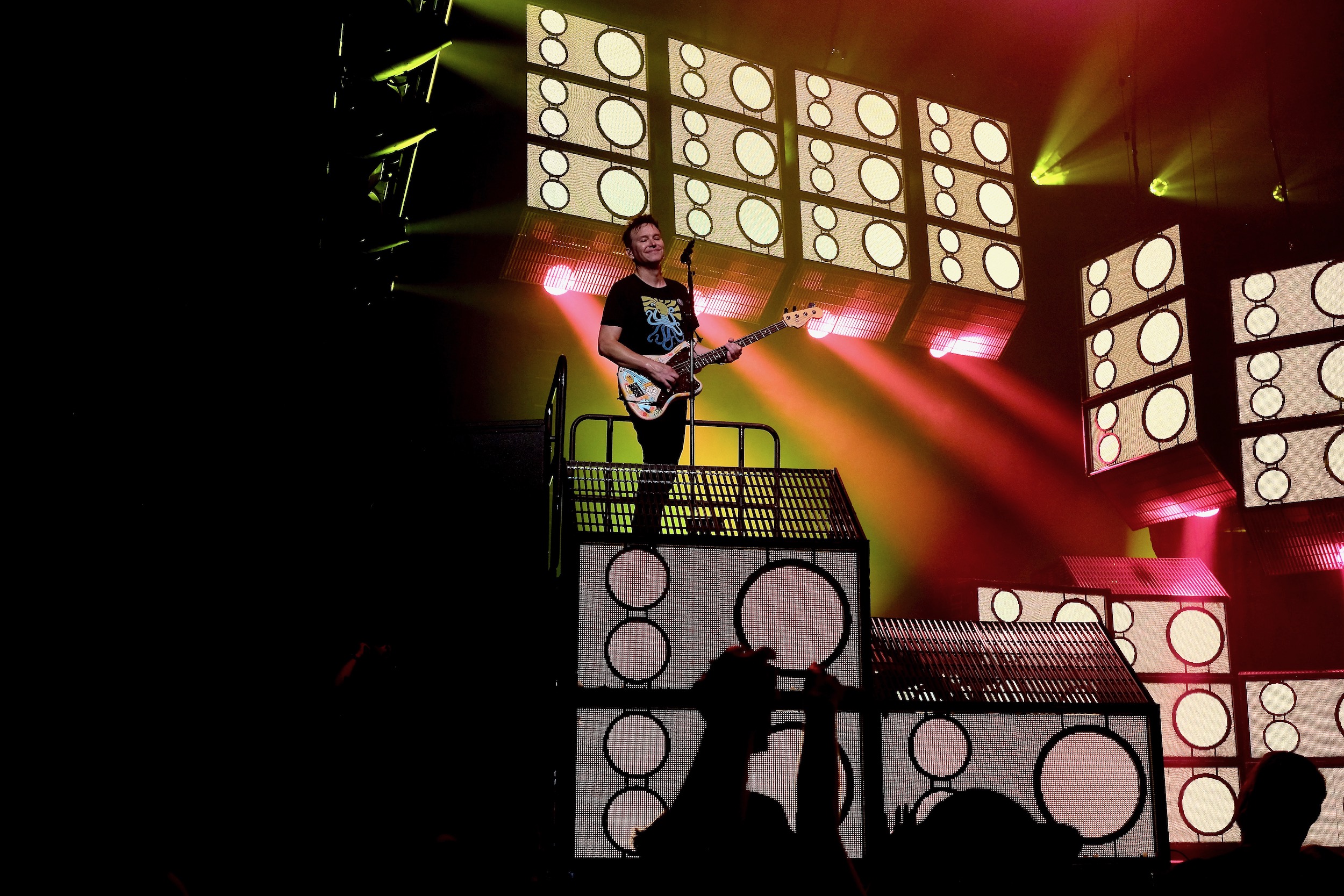 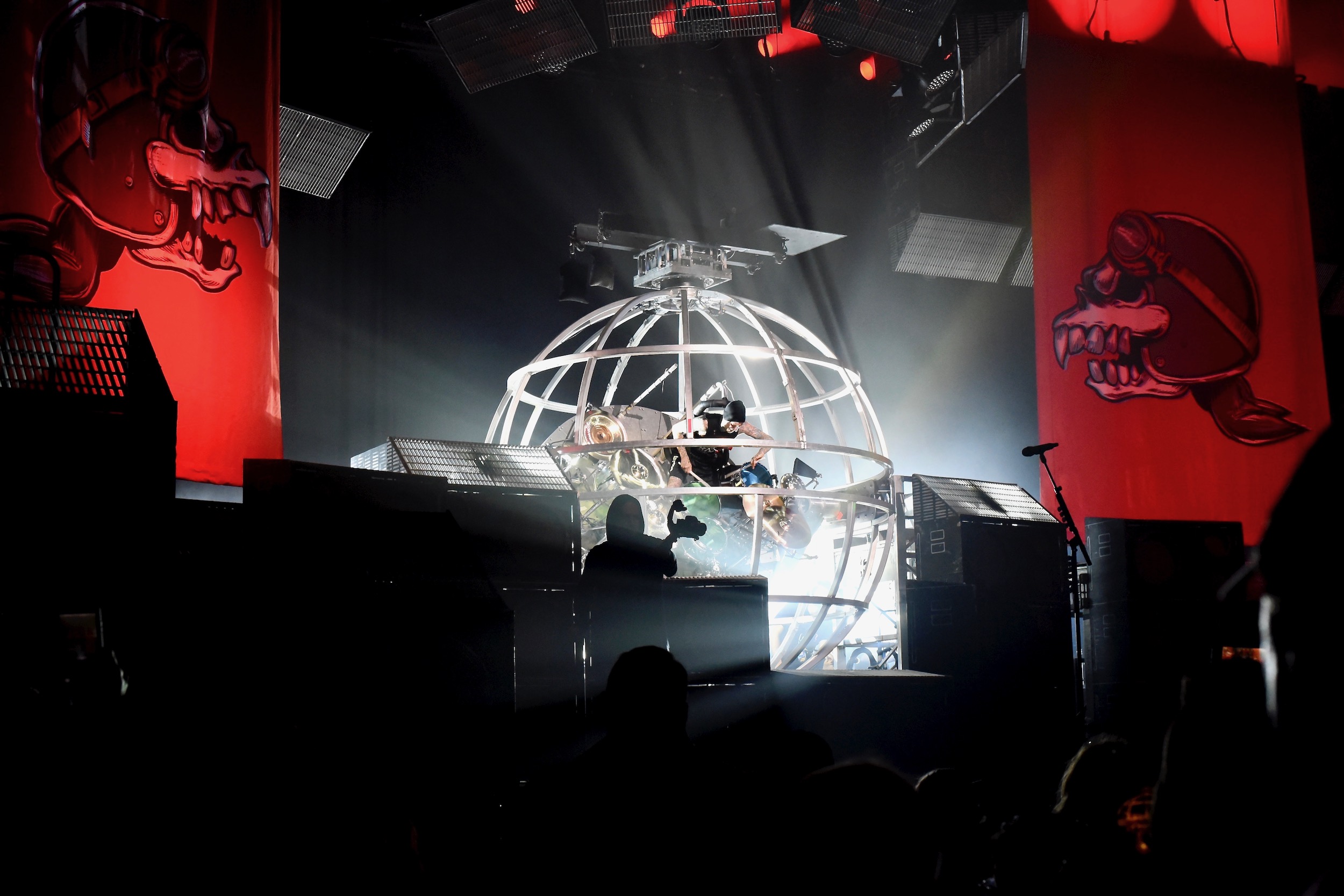 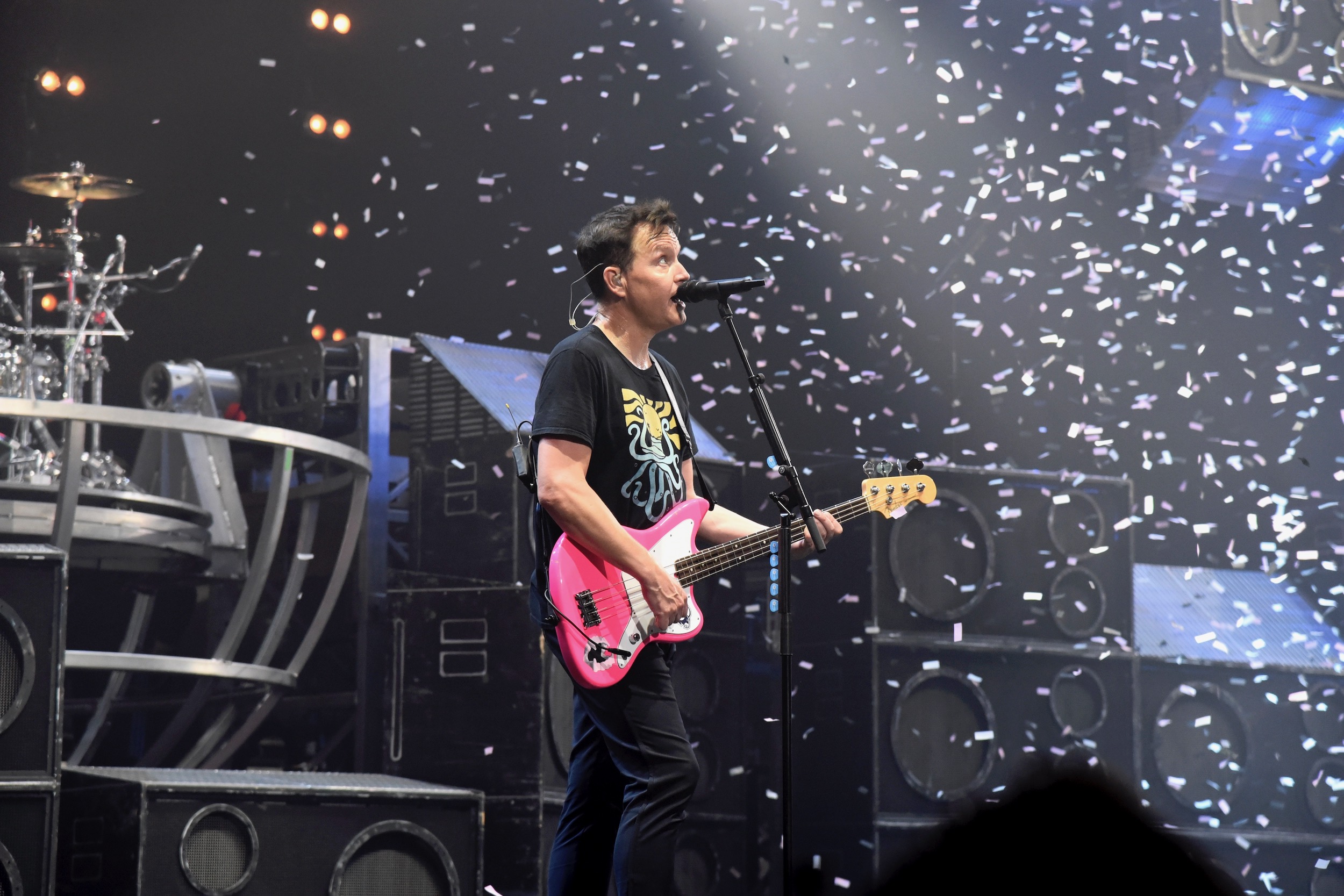 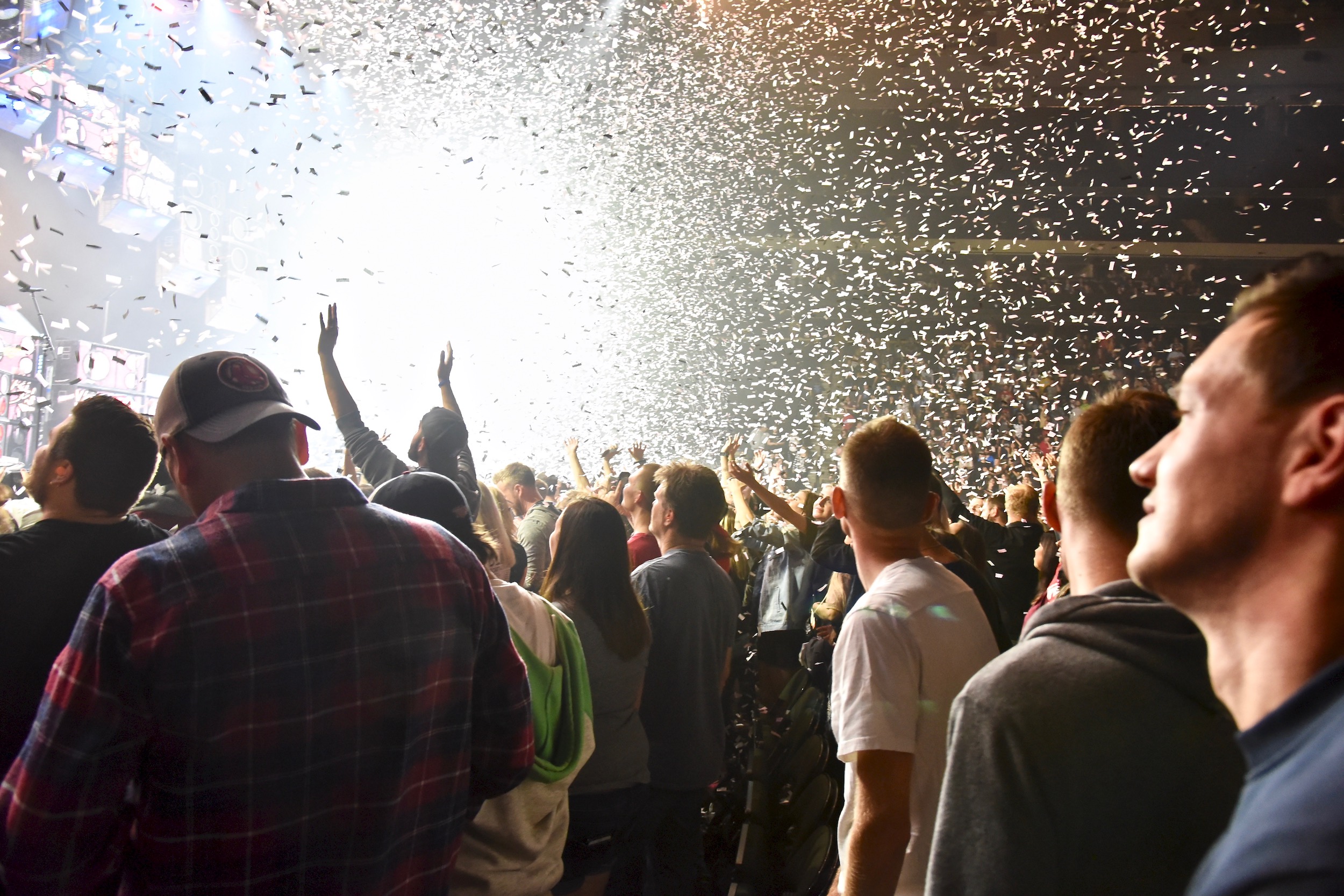 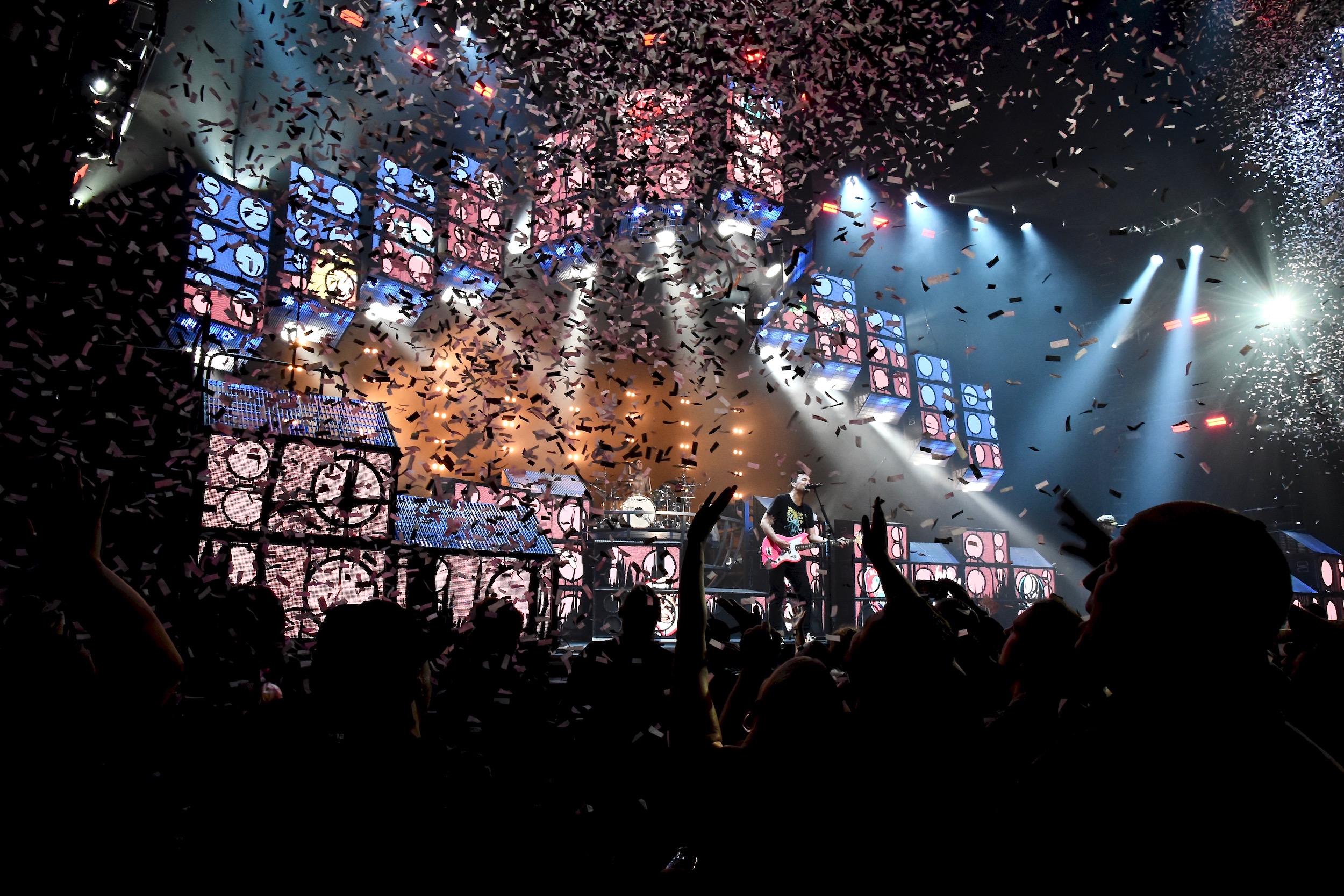 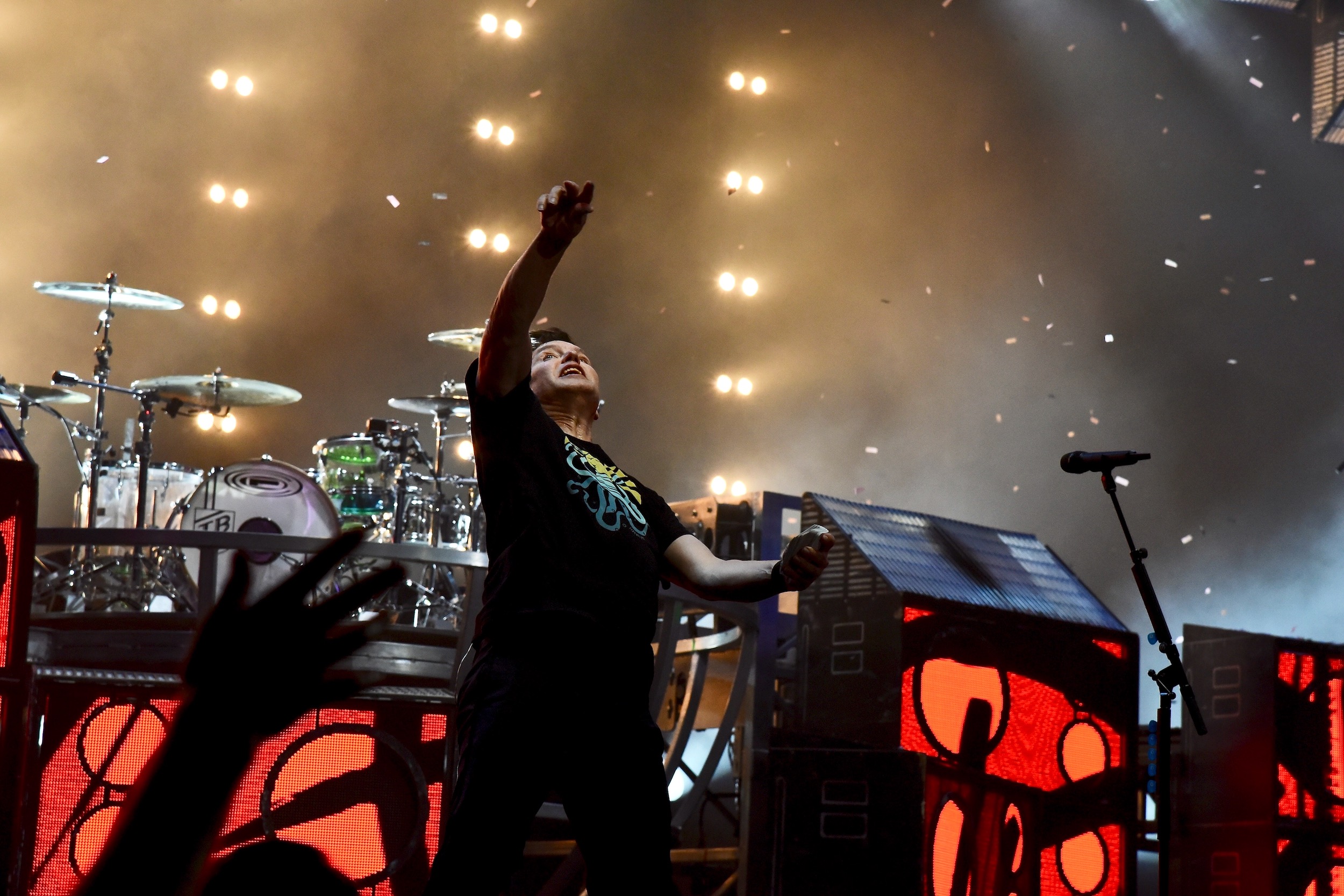 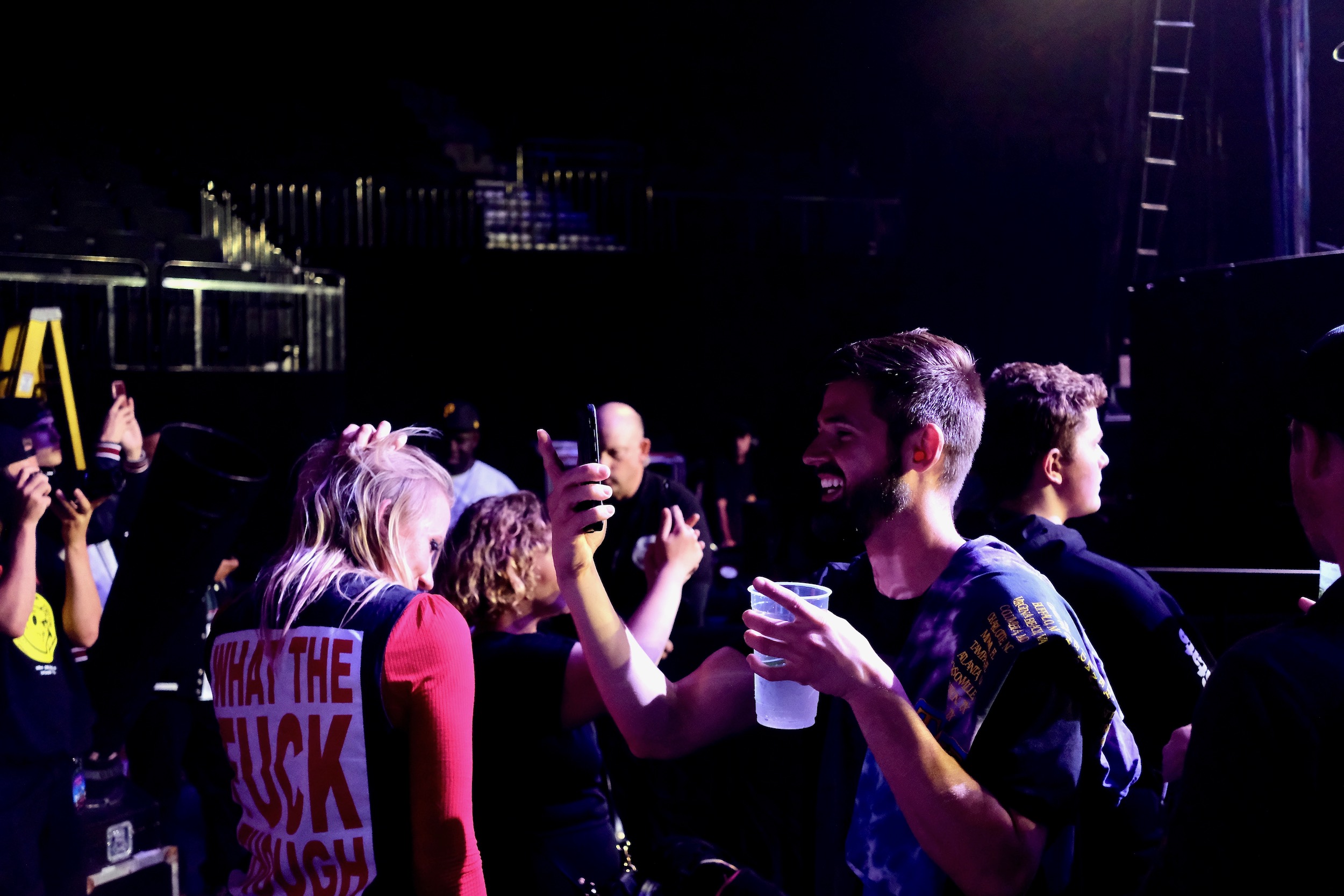 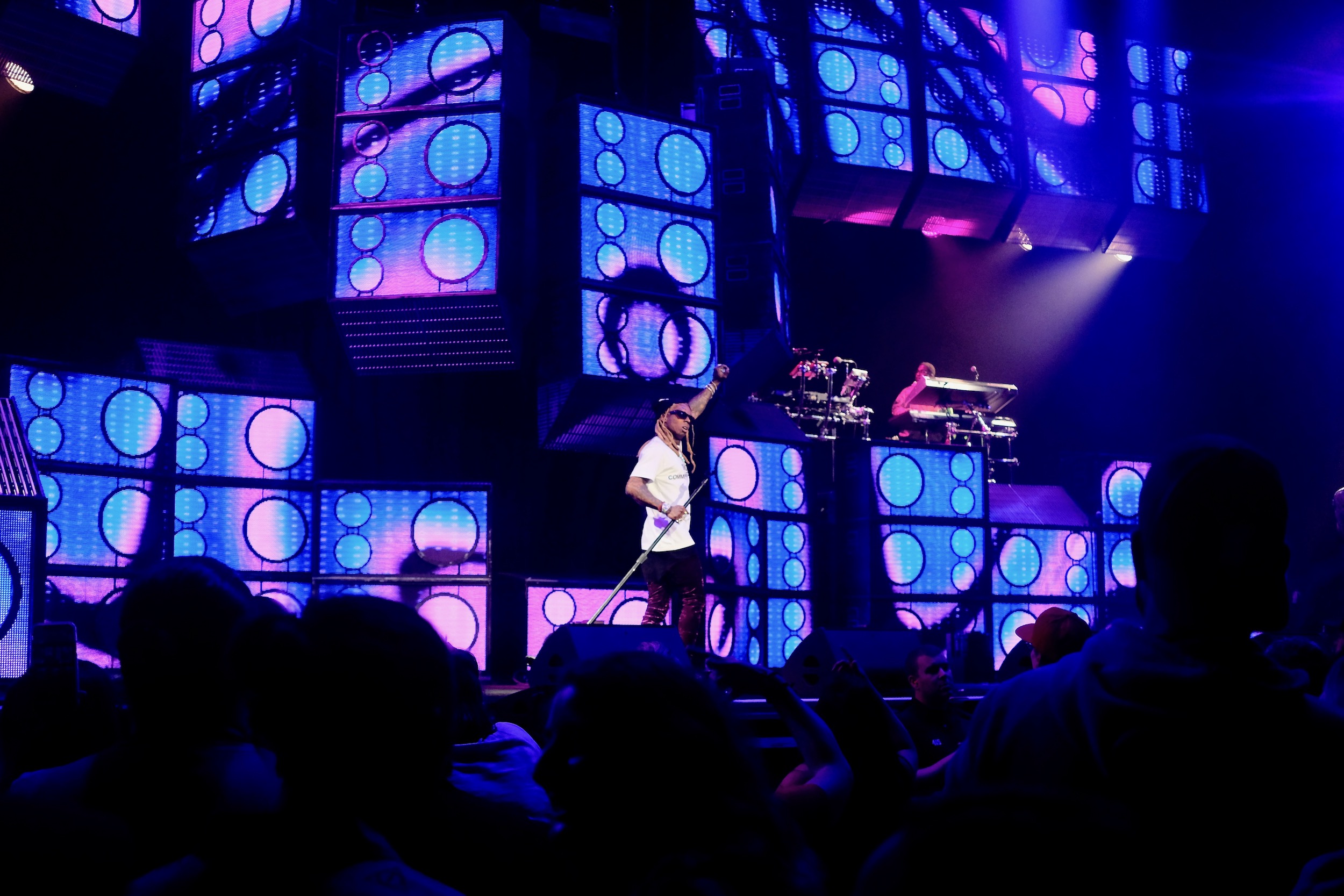 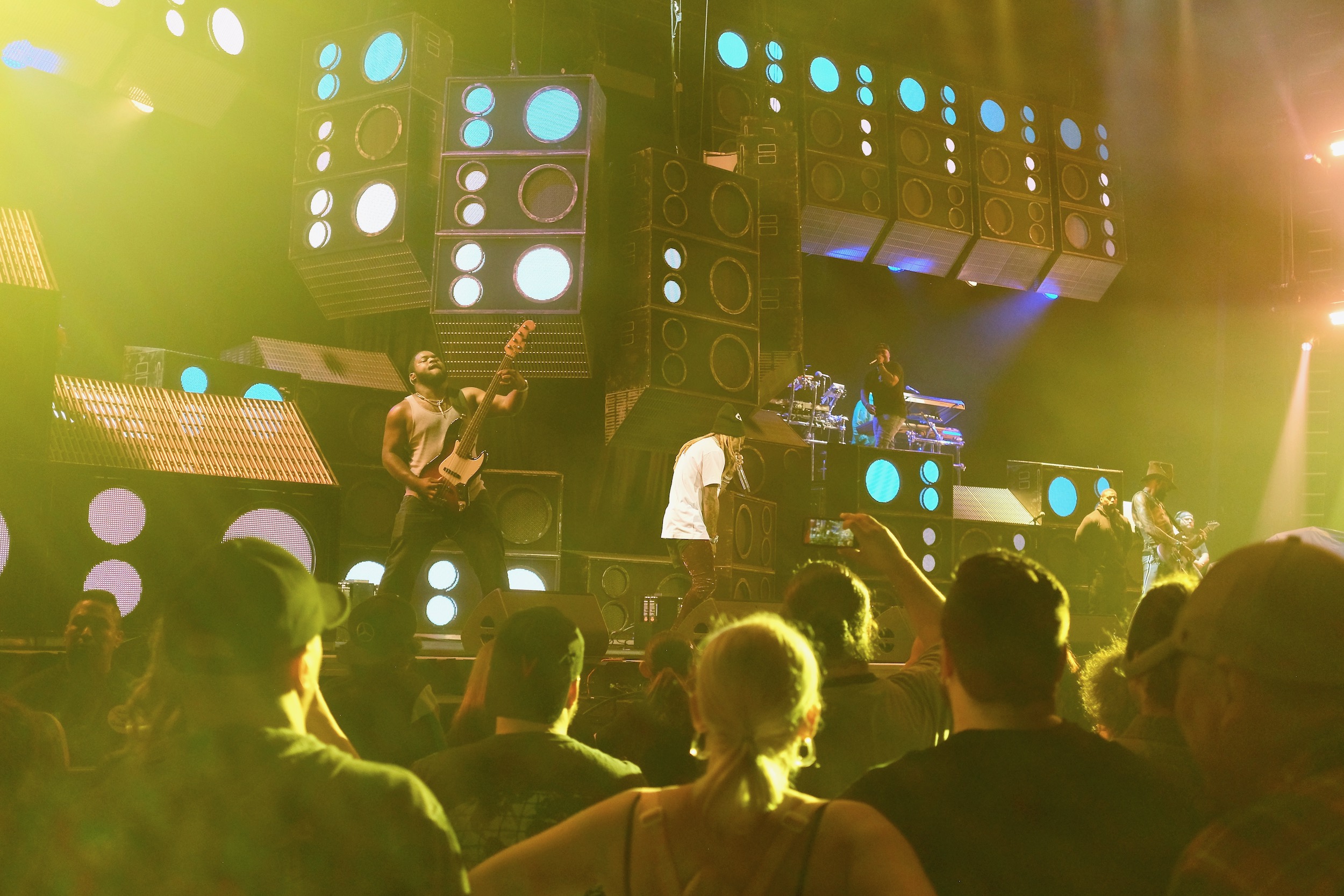 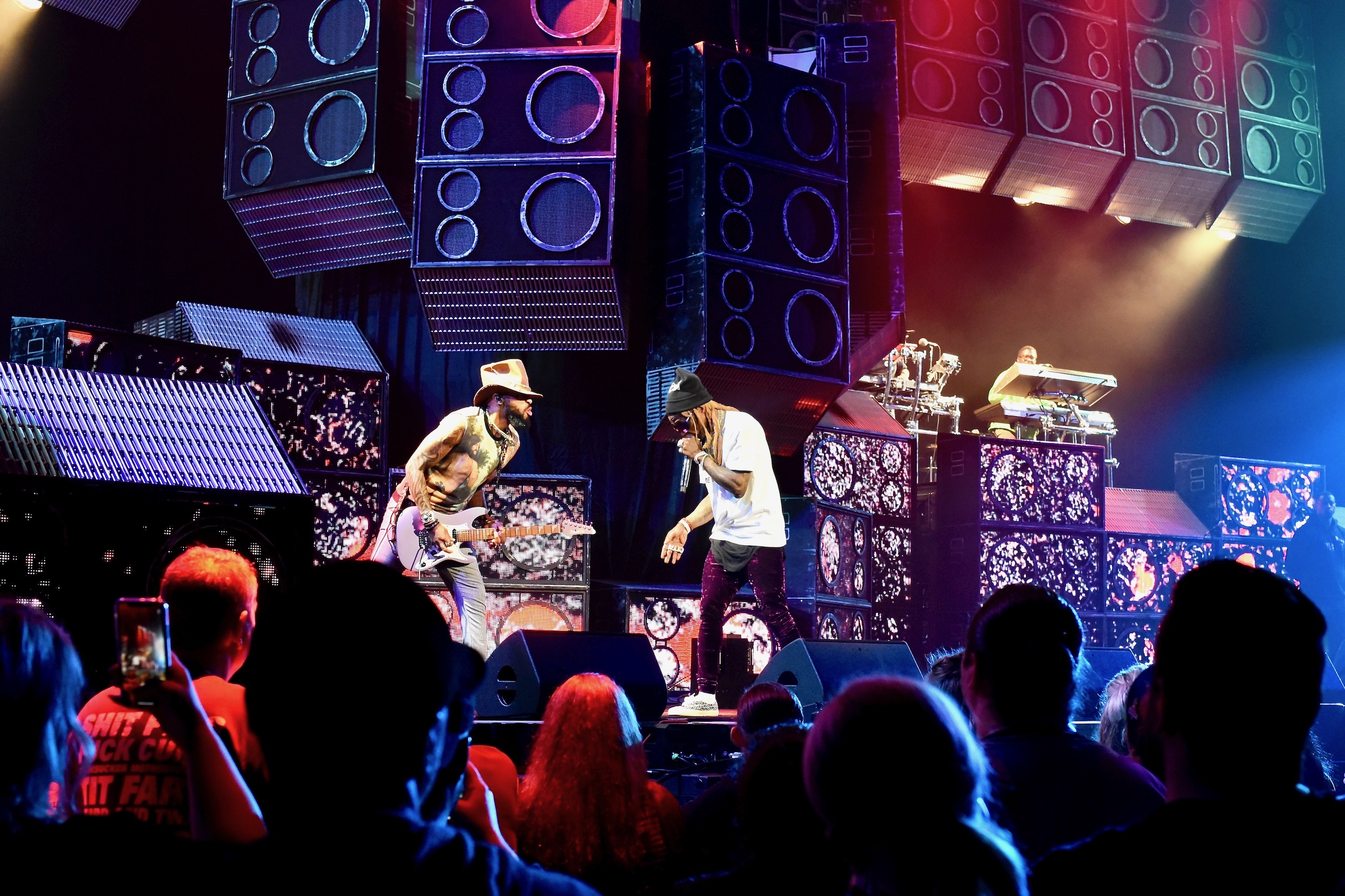 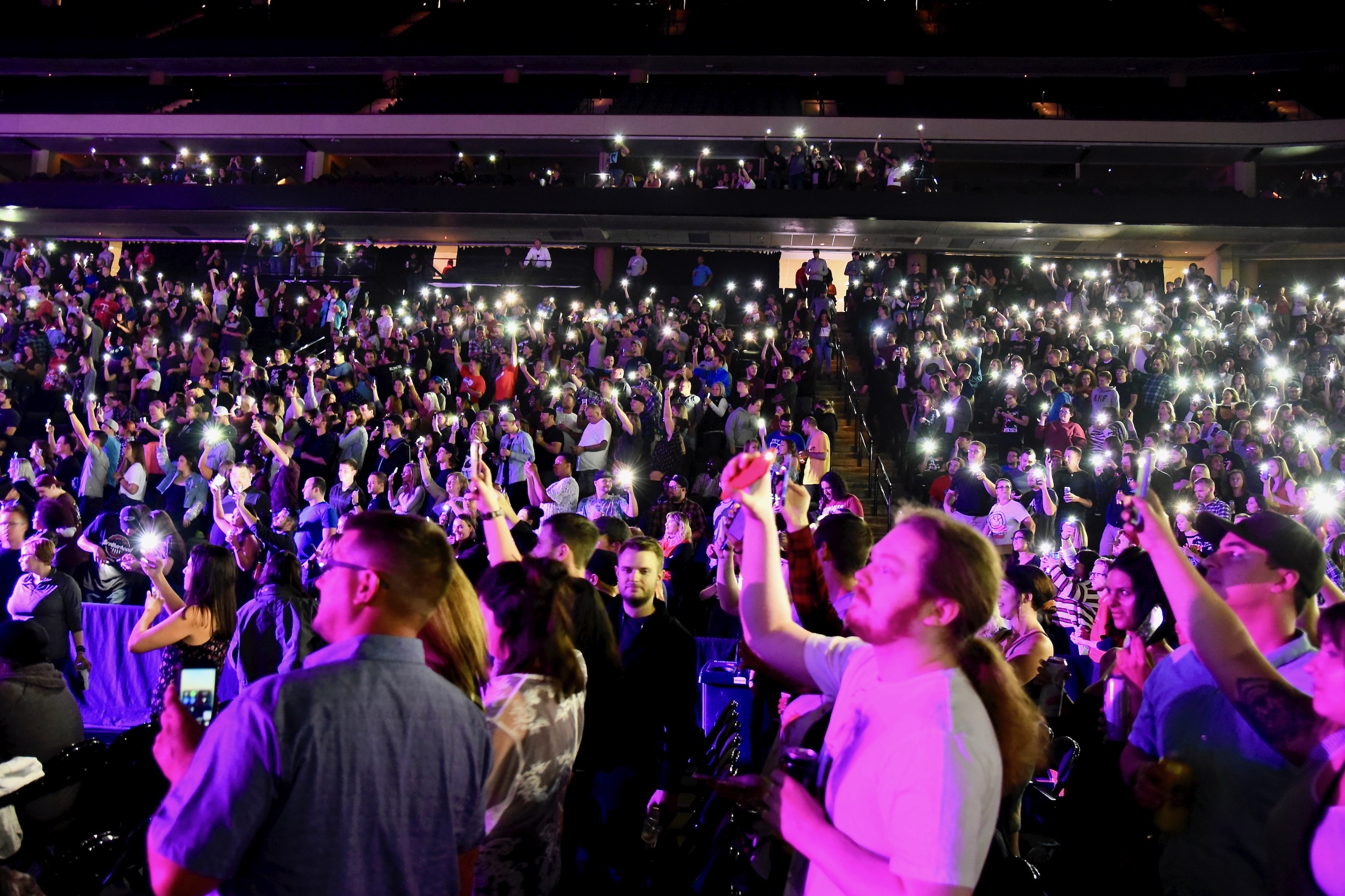 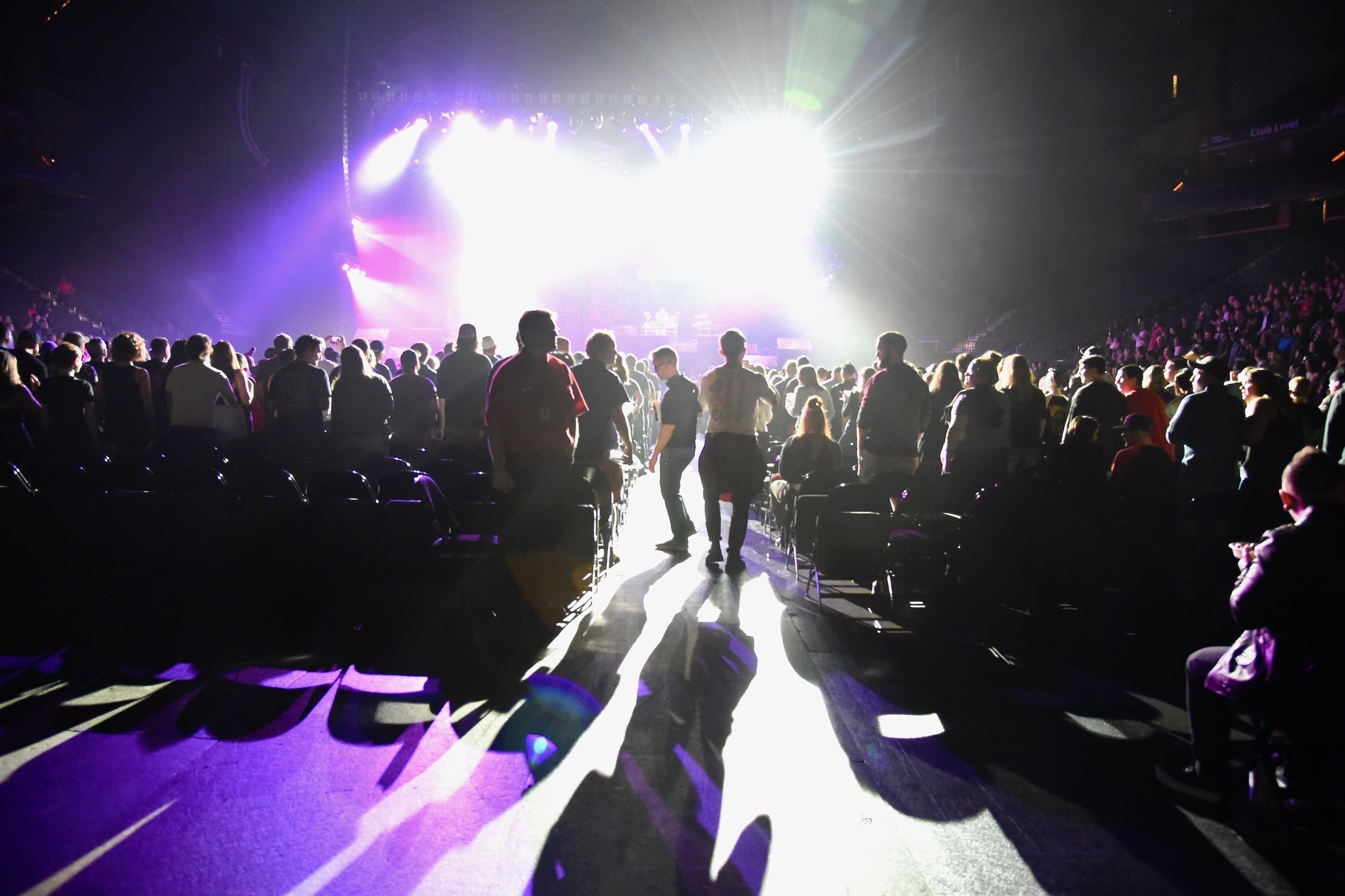