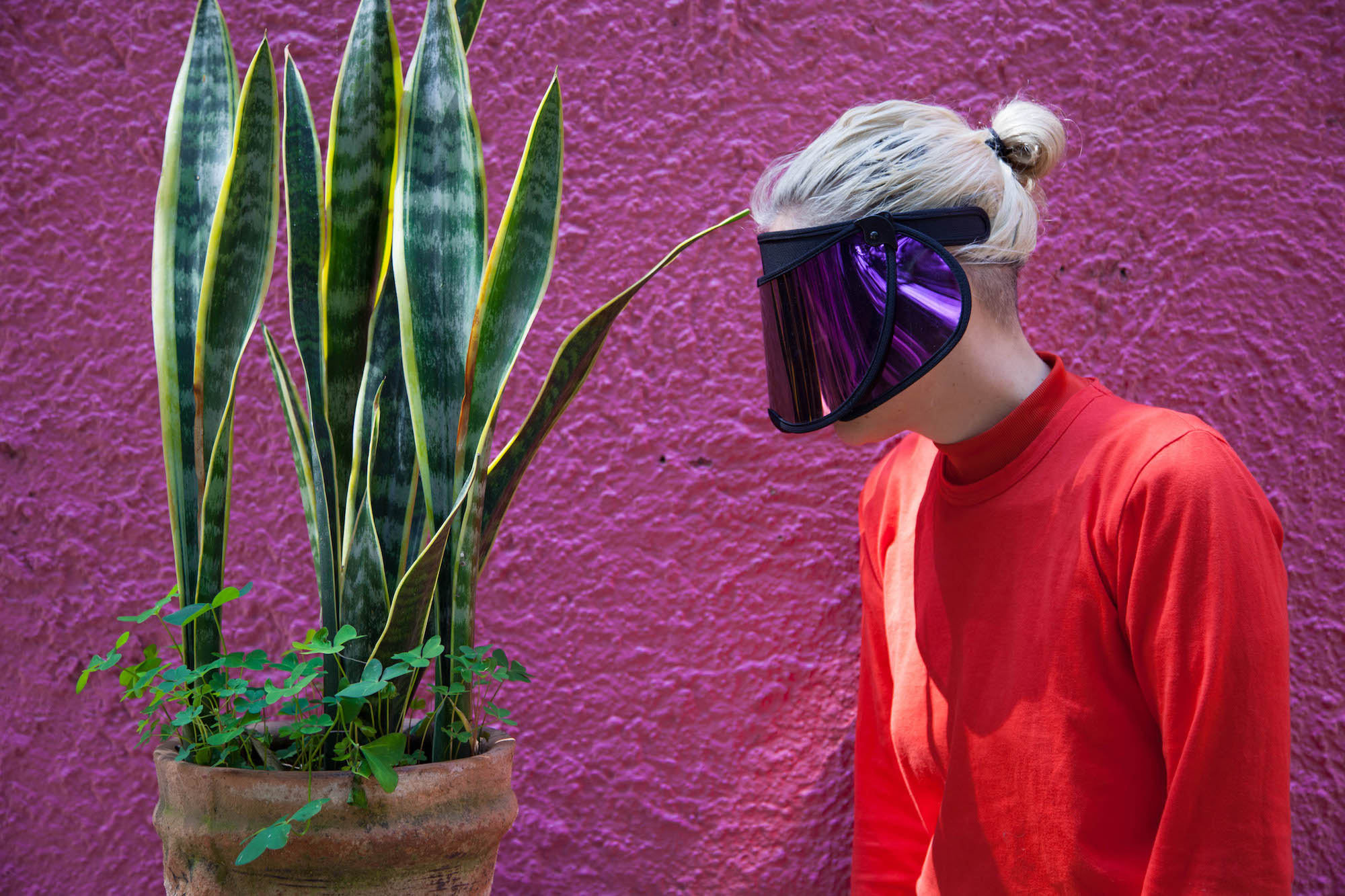 "When I started working on Impossible Love," explains Born In Flamez, "I wanted to write a concept album—a 35-minute song with a very long narrative. These three-minute songs came out of me instead, one by one, and at one point, I gave in and scrapped the concept."

That doesn't mean the wildly experimental 22-minute EP is devoid of deeply woven ideas now; quite the opposite, actually. Lyrics are lifted from far-too-familiar rom-com scripts, setting the stage for a striking examination of "queer love in the current political climate" and how "the constant pressure of hypercapitalism crescendos in an impotence of actual contact."

Or to put it another way, does anyone really feel loved in the Tinder Age? Listen and learn in the exclusive feature below, which pairs a complete stream of Born In Flamez's new record with the stories behind their bold not-quite-pop songs....
I started writing "Fear Anger Love" in Mexico City last year. The first version of the sketch was called "Ambient Footwork." I had a couple of stems lying around from a writing session with the U.S. noise band HEALTH and was messing around with them. You can still hear a bit of that in the beginning of the track; it was a much more aggressive song at first. But back in Berlin, it became this warped kind of love song, where I improvised vocals against the beat. I really love it now because it encompasses so many different emotions at the same time.

"Talking to the White Noise" is a phrase I borrowed from the book The New Fuck You: Adventures in Lesbian Reading. It was meant as an instrumental at first, but I started humming this melody after listening to a Frank Ocean song and it came out with this monumental stalker phrase. I've had so many people telling me they were the right one for me and how long they should wait until I realized. WTF! It is peculiar how love for some people can be about only themselves.

I worked on "Binary Beast" for over a year. I wanted to combine something melodic with this really hard beat I had made. Not to show off a dichotomy, but rather to emphasize how a lot of differences/oppositions can coexist within the same song and/or being. I had been talking to Grasps a long time about a collab, so I sent him this song and he completed it in no time. I love how it turned out—exactly how I heard it in my head. 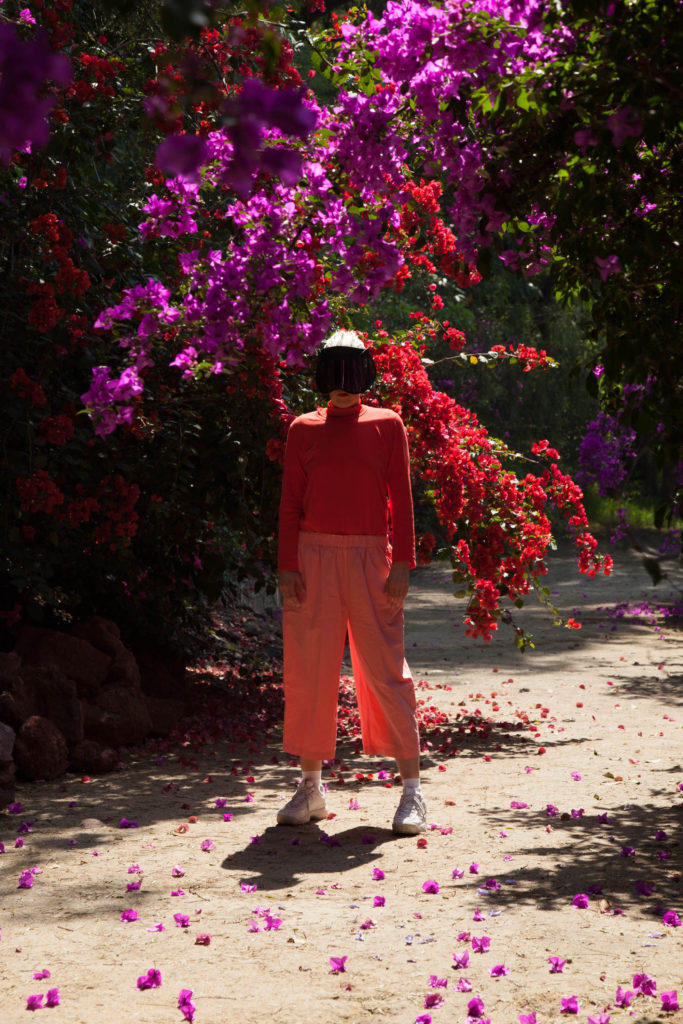 "Imperfect Core" came out of an improv session on my new keyboard. I recorded the whole thing in one take. I don't think I've ever finished a song that fast before. I think it sounds like how I feel like most of the time—self-conscious of my flaws way too much, but still going.

"Body 2 Mind" also had a million different shapes. I started it on a train ride, when I was improvising with rhythmic breaks. I wanted to combine unexpected rhythmic textures into smth where you dont feel them. It comes across like a pop song, but it's actually really intricate. It’s a technique I had already worked with on "50 Down" and am also using in "Riding the Ravine." It’s about that moment during sex when you kind of wake [up] and become self-conscious and awkward for a moment, realizing how most of what happens is in your head... but if you actually start thinking it ruins it all.

The structure for "Symphony of Tinder Hacks" was smth I had started for "One Eye Blind," my contribution to the Uniti compilation Reclaiming the Void. I love working with lots of changes, and my fave part here is how the symphonic choir arrangements make way for that unnerving siren and then that super generic trance line just leads you into nowhere. It’s a reflection on all the awkward products of dating today.

"Riding the Ravine" started as a remix for a track by my friend Avbvrn. I had wanted to use a 3/4 beat, (bc it's such a weird, and kind of silly-sounding, rhythmic pattern) and place it in a grid of 4/4 melodies for a bit of time. It worked out perfectly with Ian's little harp melody as a starting point. The track is another example of the kind of polyrhythmic textures I like to use—creating something rather offsetting, but most of the time very narrative. It could also have been called "Commitment"—smth that seems simple but is as intricate as loving oneself. 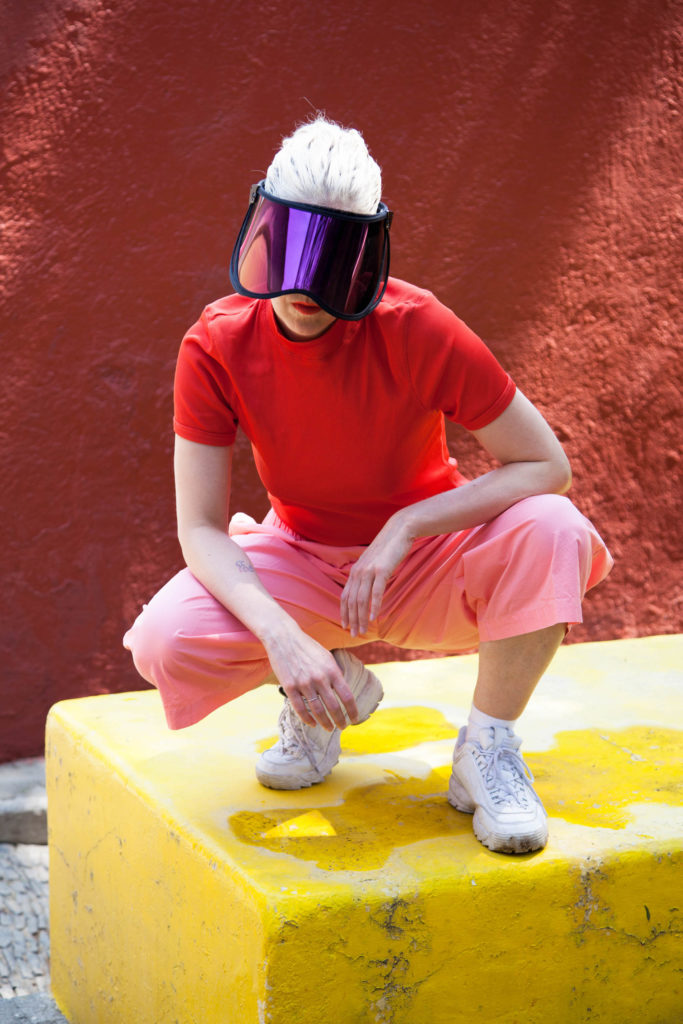