BUY IT, BURN IT, SKIP IT: Fucked Up, Deerhoof, Annuals Buy It
Fucked Up, The Chemistry of Common Life (Matador)
Maybe it’s because we’re based in New York City and cross paths with gutter-punk goofballs on St. Mark’s Place from time to time. Whatever the reason, self-titled absolutely despises what passes for Sid & Nancy types these days, not to mention hardcore kids who continue to mistake unwavering, relatively tight-assed rules for nonconformity. The best hardcore records–as in, what the whole scene/subgenre stood at the starting gate–were released in the ’80s. End of story. It’s okay to scrap Minor Threat’s out-of-step rules two decades later. Hell, even Black Flag was known to fuck with everything from severely-stoned sludge metal (Side B of My War) to Henry Rollins’ earliest attempts at spoken word pieces (Side A of Family Man).

Hence our need to salute Fucked Up this week–because they’re ballsy enough to open their Matador debut with a goddamn flute; because “Golden Seal” and “Looking For God” are seemingly serious instrumentals; because “No Epiphany” shimmers like the noontime sun thanks to slight shoegazer riffs and hummable Vivian Girls harmonies; and because “Black Albino Bones” counteracts Damian Abraham’s phlegm-slinging howl with fuzzy power-pop melodies. The key to all of the above and everything else on this effort is that nothing’s a simple stab at being ‘experimental.’ If you’ve been keeping score since Fucked Up’s 7-inch-stacking beginnings (check the discography), this stunning album is simply a natural evolution from the group’s last opus, 18 minutes of mind-boggling prog-punk (see the many movements in Year of the Pig‘s title track). Don’t buy that argument? That’s fine. Be sure to file a complaint with someone that actually gives a damn about adhering to a sound that dates back to before many hardcore traditionalists were born. Burn It
Deerhoof, Offend Maggie (Kill Rock Stars)
The first time we saw Deerhoof, self-titled swore Satomi Matsuzaki was singing nothing but “panda panda!” while the rest of the band whipped up a competent art-rock racket. Before you jump to conclusions, no, we are not ignorant and incapable of dealing with people singing in languages other than English. Matsuzaki clearly had a recent zoo visit on her mind; that, or last night’s Cartoon Network marathon. And hey, what do you know? The following familiar animals make appearances in Offend Maggie‘s lyrics: tigers, leopards, fawns, and the bunnies that bounce their way across the undeniably infectious nonsense of “Basket Ball Get Your Groove Back.”

After spending some serious quality time with this record–Deerhoof’s tenth album!–self-titled‘s office thinks we get it now. The more Deerhoof sharpens their time-changing, stop/start attack, the easier it is to lose yourself in the band’s wholly unique pop tunes. Listen and don’t think too hard; just let it all sink in while you bang–nay, bop–your head to hooks that never cease to amaze in terms of what the hell is going on. 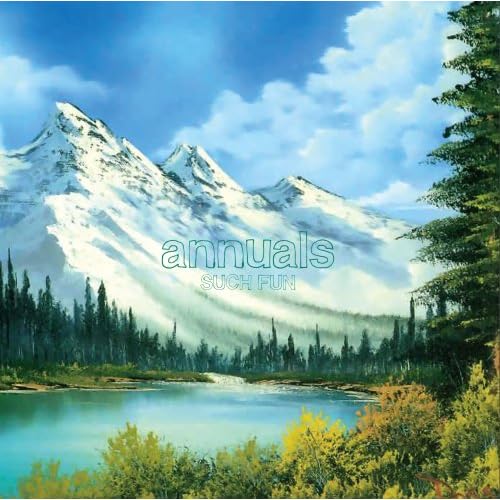 Skip It
Annuals, Such Fun (Canvasback)
Such Fun, eh? That’s gonna depend on who you ask. If you’re hoping for more widescreen attempts at Animal Collective and Arcade Fire–just like the better moments of Annuals‘ widely-acclaimed/not-quite-original debut–then this follow-up is gonna feel more shocking than a wintertime dip in the mountainside lake on Such Fun‘s cover. As irritating as Adam Baker’s ‘idiosyncratic’ behavior was in light of the group’s last LP (the frontman is supposedly a control freak, which explains Annuals’ rampant side projects), they had a sporadically intense live show to flaunt those Fire-isms. This album feels like one soft ball toss after another, as Baker auto-tunes the hell out of his voice (either that or he’s really hitting every note) and slips in bits of country-fried slide guitar, overwrought balladry, and slight Paul Simon-isms (on “Hardwood Floor,” at least). To be frank, the whole thing sounds ‘safe’ in the worst way, and lacks the hooks needed to revisit such sacharrine pap songs. (Yes, pap; not pop.)