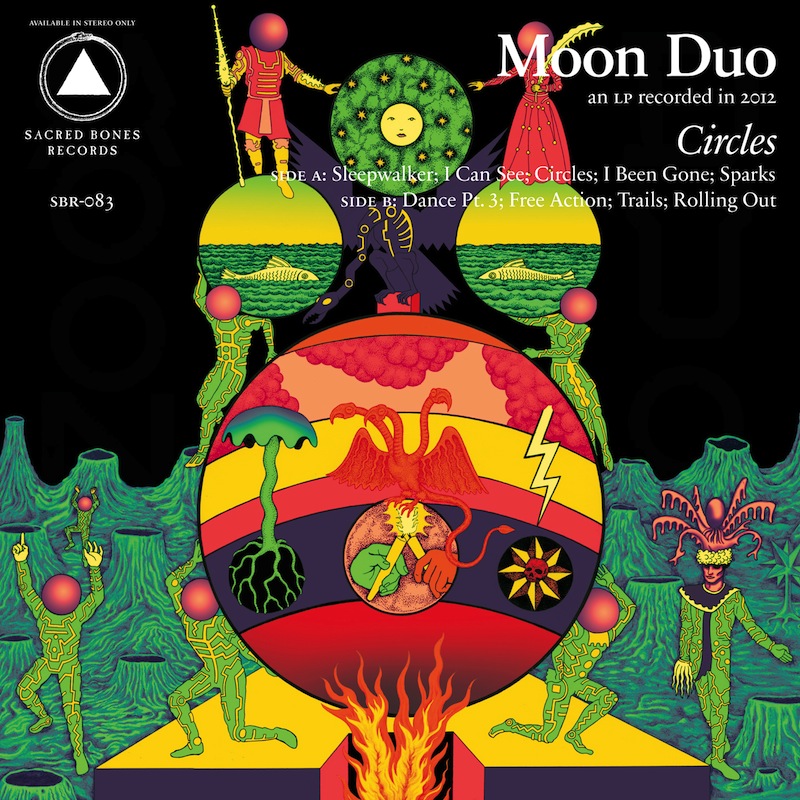 The Details: Arriving just a year and a half after their last album (Mazes), Moon Duo’s latest was largely inspired by Ralph Waldo Emerson’s 1841 essay “Circles.” Most of it was tracked back home in Colorado in February, with a few final sessions at Lucky Cat Recordings in San Francisco last April. Expect a worldwide tour in support of the record later this year.