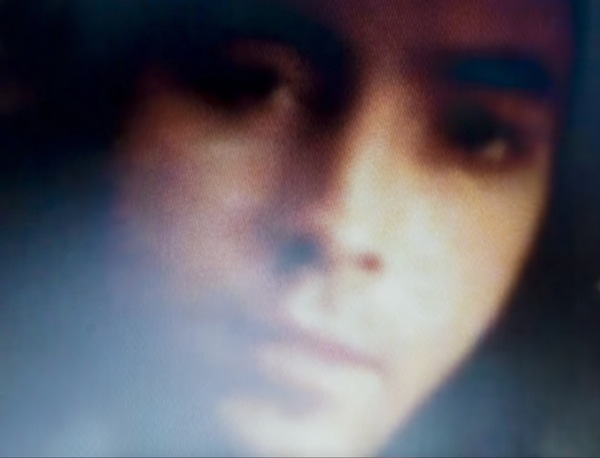 Devastating. There’s really no other way of describing Tim Hecker‘s dense discography and the emo-esque effect it’s always had on us. This despite his seemingly limited palette of pulses and ripples, clicks and cuts.

Knowing full well that there’s much more to his music than presets and IDM patches (see also such laptop-lugging contemporaries as Alva Noto, Fennesz and the almighty Autechre), we asked Hecker to show the human side of his songs. What we didn’t expect were tales involving lap dances and the deeper, darker meaning of a Van Halen-sampling EP … I started doing minimal techno over a period of maybe a year, through the entrails of the IDM scene. I sent a demo to Force Inc., having heard what insane advances they were giving out to completely unknown artists. It all worked out.

Force Inc./Mille Plateaux seemed like the gilded age of electronic music. They didn’t work out however. The hubris and gravitas in that Frankfurt office was quite an intense experience–one which I haven’t come across since. I let the project go not because I wasn’t into techno; it just seemed like the right thing to do was to focus on one approach to composing music. That was fairly different than some of the musicians I knew who had multiple pseudonyms churning out a variety of electronic musical styles on a given day. I wanted to de-schizophrenize and focus on what was most important to me. This came out of the period where I was working on minimal techno, composing these little interludes between the metronomic pulse of the main course tracks. I had so many of these that I assembled a separate album that became Haunt Me. A lot of the ideas I was interested in then I’m still working on now and became the sort of beginning of a compositional arc that spans to this day. The guys at Alien8 were local compatriots; it was easy and it all made sense. This EP was actually a commissioned work. A local sound curator, Eric Mattson, was organizing a show based on sampling aesthetics. I was listening to quite a bit of Van Halen at the time. I only learned about the pathos and tragedy of David Lee Roth through working on this record. So I took a bunch of cock-rock radio talk show samples–primarily a tease Eddie Van Halen was doing to offer DLR a way back into the band, only to pull a ‘psych!’ after DLR showed the love and wanted to get back together.

Maybe that doesn’t bleed through the music on the EP, but it was at the basis of my attempt to build a tidal wave of testosterone rock. I did this one on Mille Plateaux just as the well was drying up. By then the advances were dwarf-offerings in comparison to what they were before. Label management shifted their afternoons from phone calls about distribution and licensing to table dance sessions, alcohol and vice. And royalties never happened. Musically I was putting more of my computer through guitar pedals and distortion–treating it like an electric guitar or something. It was quite a revelation at the time to just degrade the pristine digital audio signals though cheap Japanese space-echo replicas made in the ’70s.

“Song of the Highwire Shrimper” I honestly barely remember what’s on this record, but do recall that it was an attempt at a more dark patina. I made it in a room that was no bigger than a closet. Its nearly impossible to monitor sound properly in an environment where you hear the reflections more than the primary source. Somehow I think it worked out okay; maybe even better that I had little clue I didn’t know what I was doing then.

Like with most of my records, I had fun constructing a narrative around what these abstract harmonic offerings really were about. Radio Amor was an homage to a Caribbean-Latino shrimp fisherman named “Jimmy,” as he listened to music through crapped-out shortwave transmissions.

For this album, I think it was lullabies of the ruby-horned deer uttering midnight whispers in one’s ear. This record was made during a period of fantastic optimism, both personally and musically. I’m not sure if that comes through at all though. Funny thing is I just did an interview which considered it the darkest one. For this record I had a very large room as a studio, and woke up early and drank green tea on those beautiful early 2006 spring mornings. It was the opposite of the bleary-eyed late night computer jam sessions this music might invoke.

I was also happy to work with Kranky, which was a label I’ve admired since their early days. Communication there was the inverse of that Frankfurt office. Norberg was recorded in an abandoned mine in rural Sweden. They host a very strange DIY festival there each summer. I shared a bill with Mira Calix and Lasse Marhaug. The reverb was massive, which I’m not sure complimented the 20-30 second studio reverb tails I was using since the Harmony album. So I had to surrender to the bellows of the deep chasms and ride the monster-reverb, but I think the recording turned out okay. On this record, I sort of decided to back away from the void of intensity/immensity/darkness or whatever descriptor you want to refer to recent past efforts as being. I sort of felt that if it would open up a blood sky or something like that. I wanted to use more pulses, not as any sort of return to techno, but just to attempt a different route towards musical abstraction.

I thought Steve Reich-ian pulses havent really been explored that well, especially if one pushed pulses away from their associations (at least in my mind) with sophisticated New Yorkers towards something else. Who knows where?

But this album definitely failed at that one. Instead it became a symphony of mostly distorted mellotron…