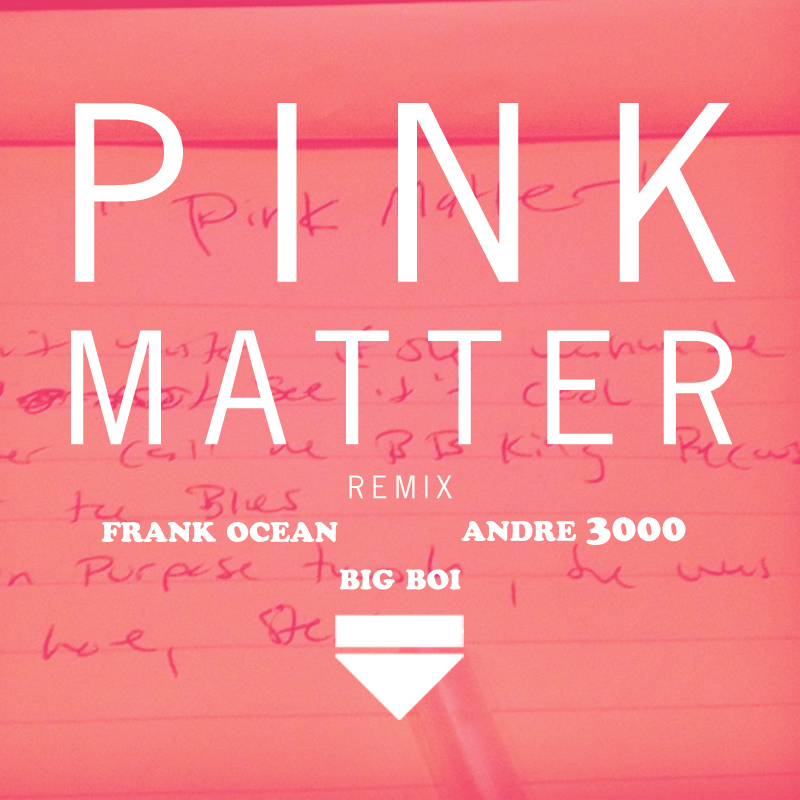 Big Boi must be in a giving mood this weekend, what with the way he’s casually shared Frank Ocean’s “Pink Matter” remix on Soundcloud.  An after-the-fact pairing between the OutKast MC and his estranged partner in rhyme, AndrÃ© 3000, it’s a slow burner with enough breathing room to trick you into thinking that everything was tracked in the same booth on the same day. (Big Boi added his postscript verses in the past month.)

As for whether this is the first step towards an actual reunion, AndrÃ© 3000 recently told GQ, “As of now, there are no plans for another OutKast album. There’s a lot of music on the horizon. I’ve been living off the excitement of new artists. I’ve been privileged to have these new artists kind of reach out and grab back and say, “Hey, Andre, we want you on this song.” So I’ve been taking those calls and for the last two years, I’ve been doing collaborations…I’ve just really been feeding off of that and this year I think I’m planning to do a solo project. I don’t know when it will come out, but hopefully it’ll come out this year. As far as OutKast, I really don’t know if or when that will happen.”

Back to Aquemini we go then.