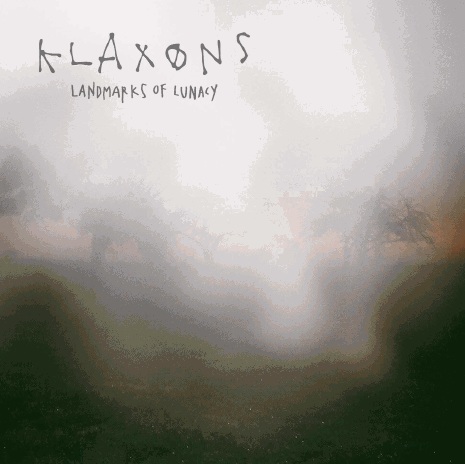 Klaxons have unleashed a free EP that shows a completely new side to the quartet–one that’s subtle and bittersweet, and a far cry from the prickly noise-pop of their Surfing the Void LP. To listen to Landmarks of Lunacy is to quickly realize that the band made a major mistake scrapping the original James Ford sessions for their second album, as the pressure-cooked synths of “Ivy Leaves,” the shackled, subterranean crawl of “Wildeflowers,” and the seven-minute death march of “Marble Fields” rank as some of the band’s finest moments yet.

“All we did basically for about a year was listen to folk music so the music we were making got really, really folky, kind of proggy folk,” keyboardist/singer James Righton told Xfm London last May. “We made an album’s worth of stuff. It was great music, we were all really happy with it. But it just wasn’t us. We thought, this isn’t what we are.

He continued, “Literally we sat on it for about a week or two. We knew that it wasn’t right. It was fairly similar to the MGMT record…which is still a really good record, but it’s not the commercial record the last one was.”

So there you have it: Klaxons caved under the collective weight of Album No. 2, and we now have five must-listens as a result. Here’s hoping they release the rest sooner rather than later.