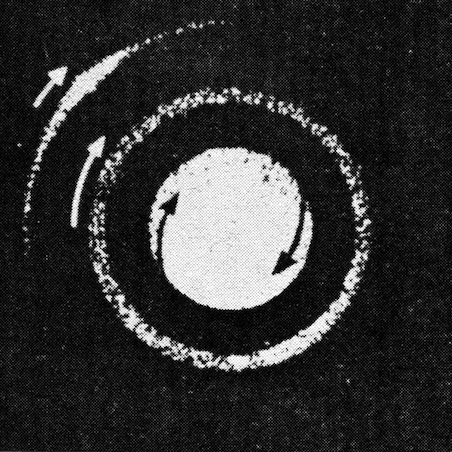 Pitchfork has managed to pry some exciting news from the ever-elusive Grouper. According to an E-mail exchange between the two, Liz Harris has completed two LPs for an April release: Dream Loss and Alien Observer. Collectively known as A  I  A, the self-released efforts will be available in digital and vinyl formats, “meant to stand solidly on their own, and also as satellites in the same system.”

“Dream Loss is a collection of older songs, mostly written before a hard time,” Harris explained. “Alien Observer, for the most part, is made of songs recorded after that time. Each has a song that belongs thematically on the other, a seam stitching them together. Both albums…explore otherness. Being an other to one’s own self, to other humans; ghosts and aliens, both literal and metaphorical; and other worlds to escape to (beneath the water, in the sky). Thinking about people who have died…

She continued, “The process of making these albums reacquainted me with what I want to explore in music: friction, exploration of something large and outside of me, describing and traveling to intangible objects and places, unseen movements and connections between people and spaces. Songs that move on their own, that have an autonomous monstrous quality, songs from another world.”

We’re sold. Now where’s the pre-order page? And art? (The image above is from one of the album layouts, but is not an actual cover.) We’ll have to make do with tracklistings for now, as seen below. A review of Grouper’s rare New York City show from last summer is also available here, alongside a complete ATP bootleg.

Previous DOWNLOAD THIS NOW: Blondes’ KUNSTHAUS EU Tour Mixtape
Next VIDEO: MATT AND KIM GO FIGHT CLUB ON EACH OTHER IN “CAMERAS”