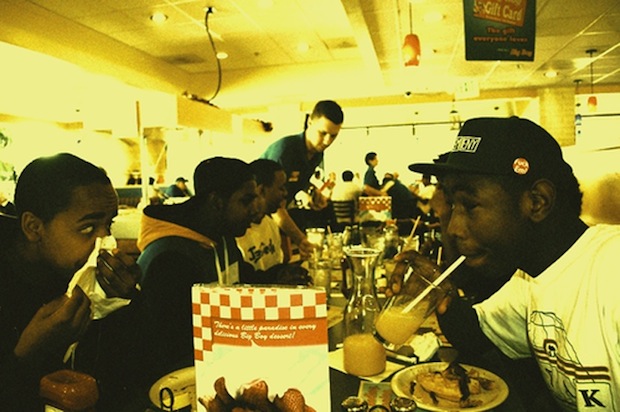 “Tyler: ‘Fuck every label and magazine in here, suck my dick.’ 500 magazine people just pulled their phones out to tweet that.” – @PAPPADEMAS

“Odd Future show was the best $5 I’ve spent since I caught Fugazi in MA back in ’02. #gassed” – @CraigSJenkins

“This is one of those days I wish I still lived in NY. #wolfgang” – @tombreihan

“whats up internet lets get meta on odd future!” – @youngelz

“Every generation gets the “Fuck you” it deserves.” – @fennrock

Our Take: A seemingly random series of events–including a cred-building story from the Wire; not exactly a buzz-stoking magazine–has led to the  meteoric success of Odd Future, so rather than spark a backlash or feed into the hype, here are my honest, immediate thoughts on tonight’s show:

Hypeworthy? Something’a clearly in the bong water over in L.A. right now, so yeah–we’re curious as to how this’ll all pan out…