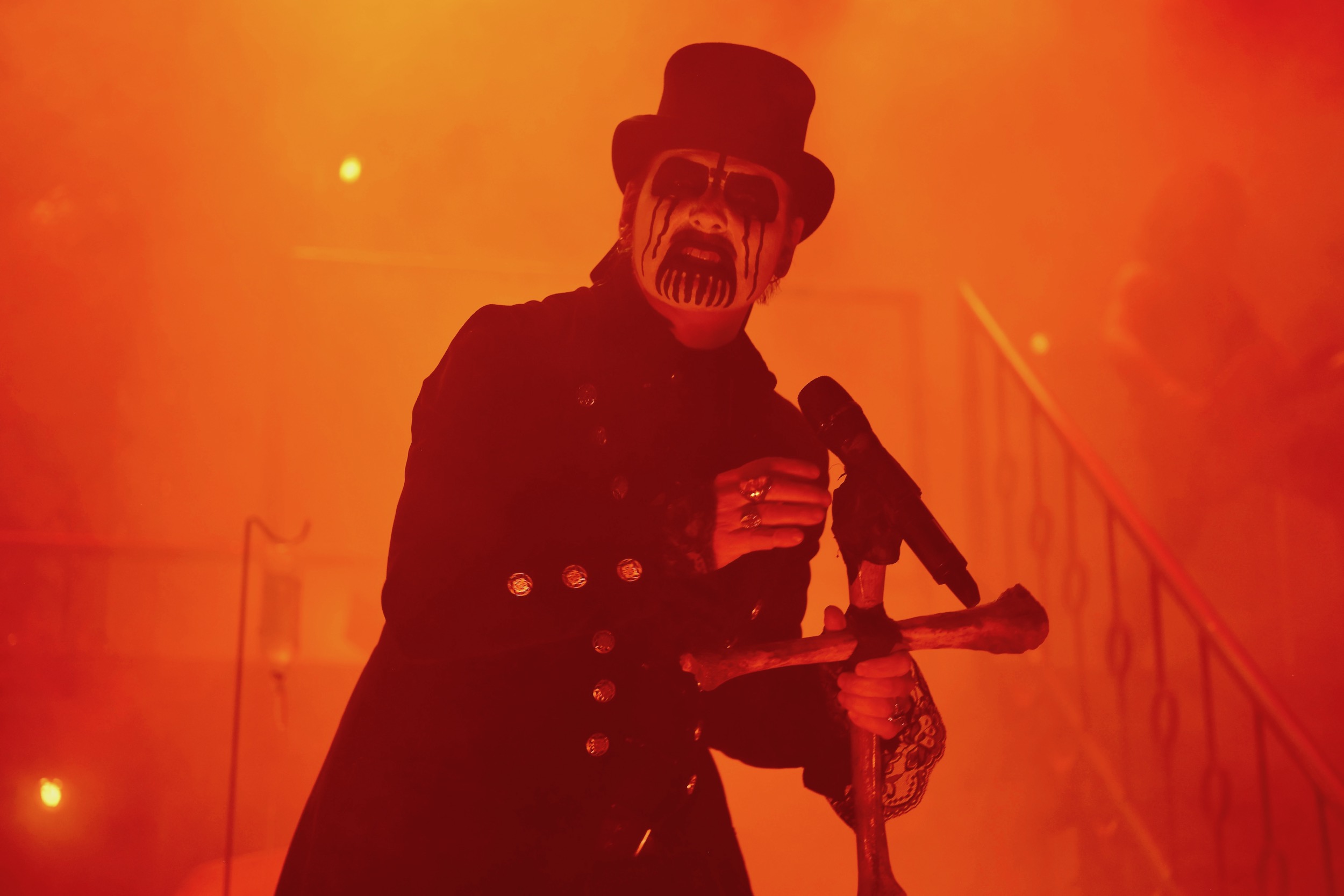 Considering my first exposure to King Diamond was a Mercyful Fate medley on a Metallica album, and I've failed to listen to one of his albums in full since then (not by choice; it's simply one of those Spotify-fueled "I'll listen to it later" situations), I wasn't sure exactly what to expect from Tuesday night's St. Paul show. Maybe some pyrotechnics. A ritual sacrifice or two. Guitar solos. A revved-up rhythm section. Costume and set changes.

However you look at it, I'd heard enough of the heavy-metal icon's songs — both with Mercyful Fate and the eponymous band that's been his primary focus since 1985 — to know that it'd be an actual show. As in not just a well-oiled machine rehashing their old records to a half-interested room of fans who are really here to crack a couple beers and relive the 'good old days'.

The King and his wrecking crew (guitarists Andy LaRocque and Mike Wead, drummer Matt Thompson, bassist Pontus Egberg)
did not disappoint, of course. While no blood was spilled over the course of their 90-minute set, many Hades-set high notes and operatic hooks were hit as deviant interpretative dancers and mask-wearing mental patients (a nod to King Diamond's long-awaited new album The Institute) stalked the three-level stage like it was an evil Broadway play.

King Diamond also hinted at deeper themes of life and death beyond all the scowls and screams, beginning with his dramatic entrance on a stretcher, IV drip and leather strap by his side. (The singer suffered multiple heart attacks and underwent triple bypass surgery nine years ago, forcing him to rethink his entire lifestyle.) The night's final notes were also bittersweet: a winding, triumphant rendition of "Black Horsemen" that was dedicated to Mercyful Fate / King Diamond bassist Timi Hansen. He died on November 4, just three months after revealing he was battling cancer.

"When I last talked to Timi on the phone on October 24," King Diamond said in a statement on that fateful day, "I could understand that things had gotten tougher than they ever were. And yet he said 'we fight on'...." 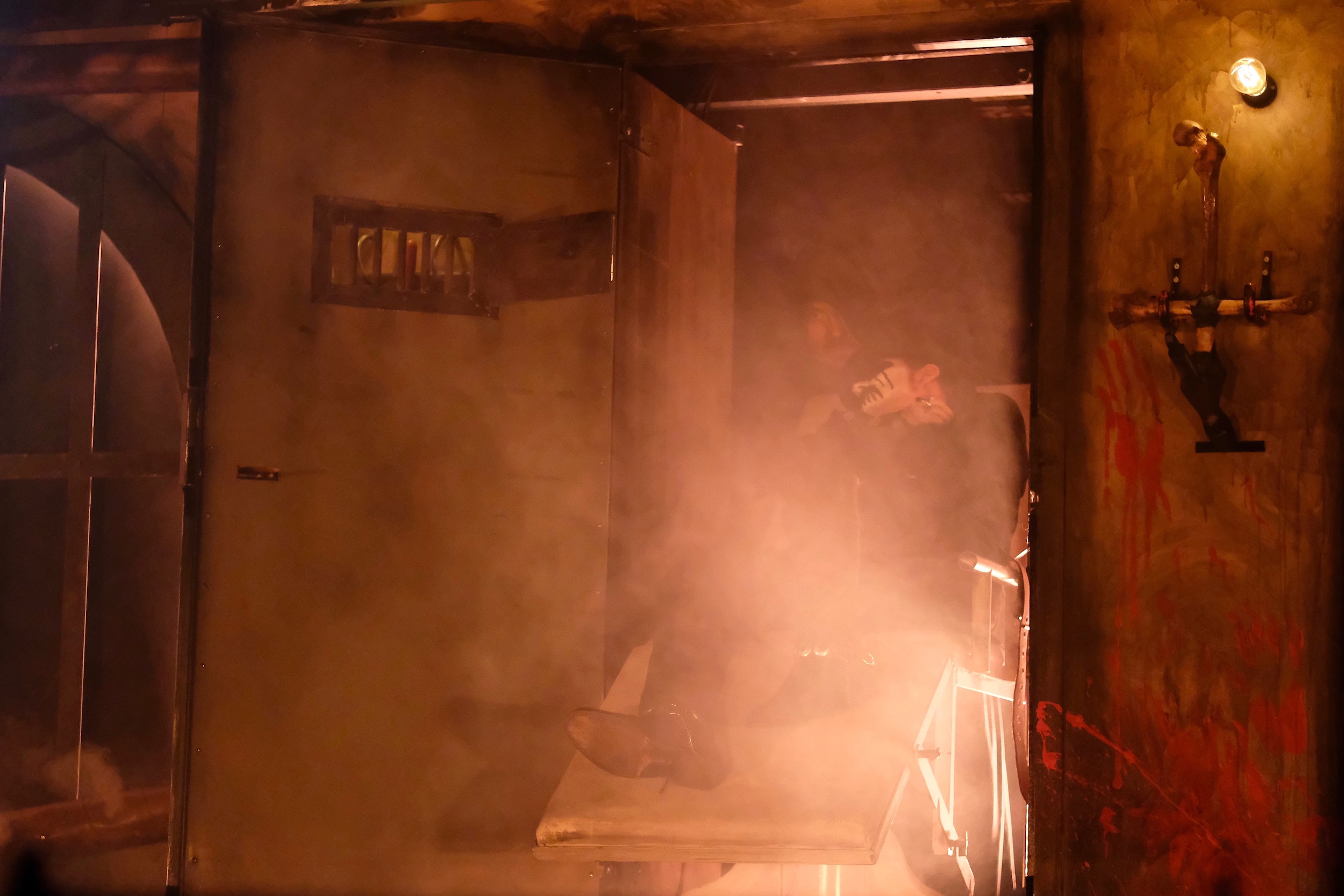 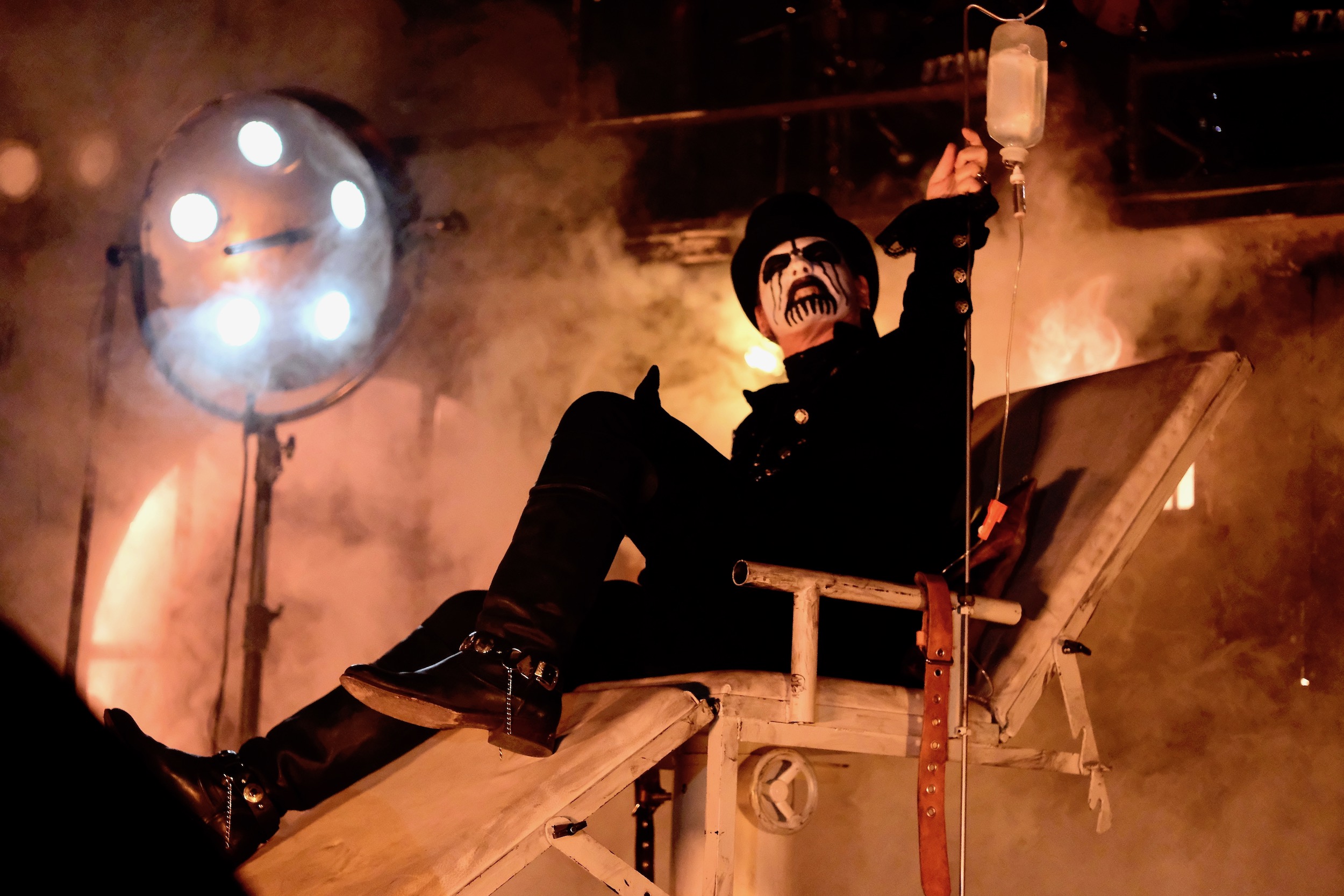 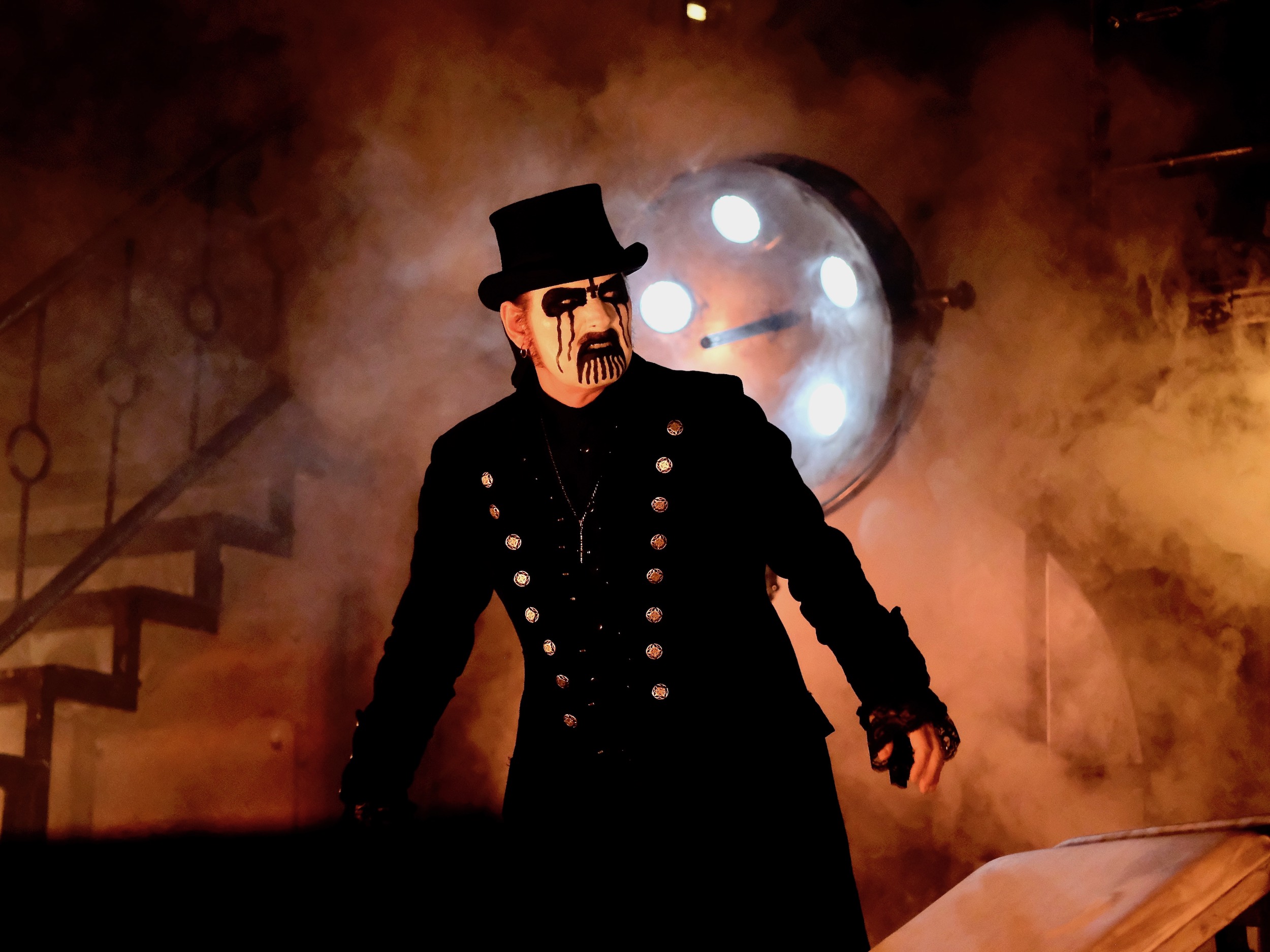 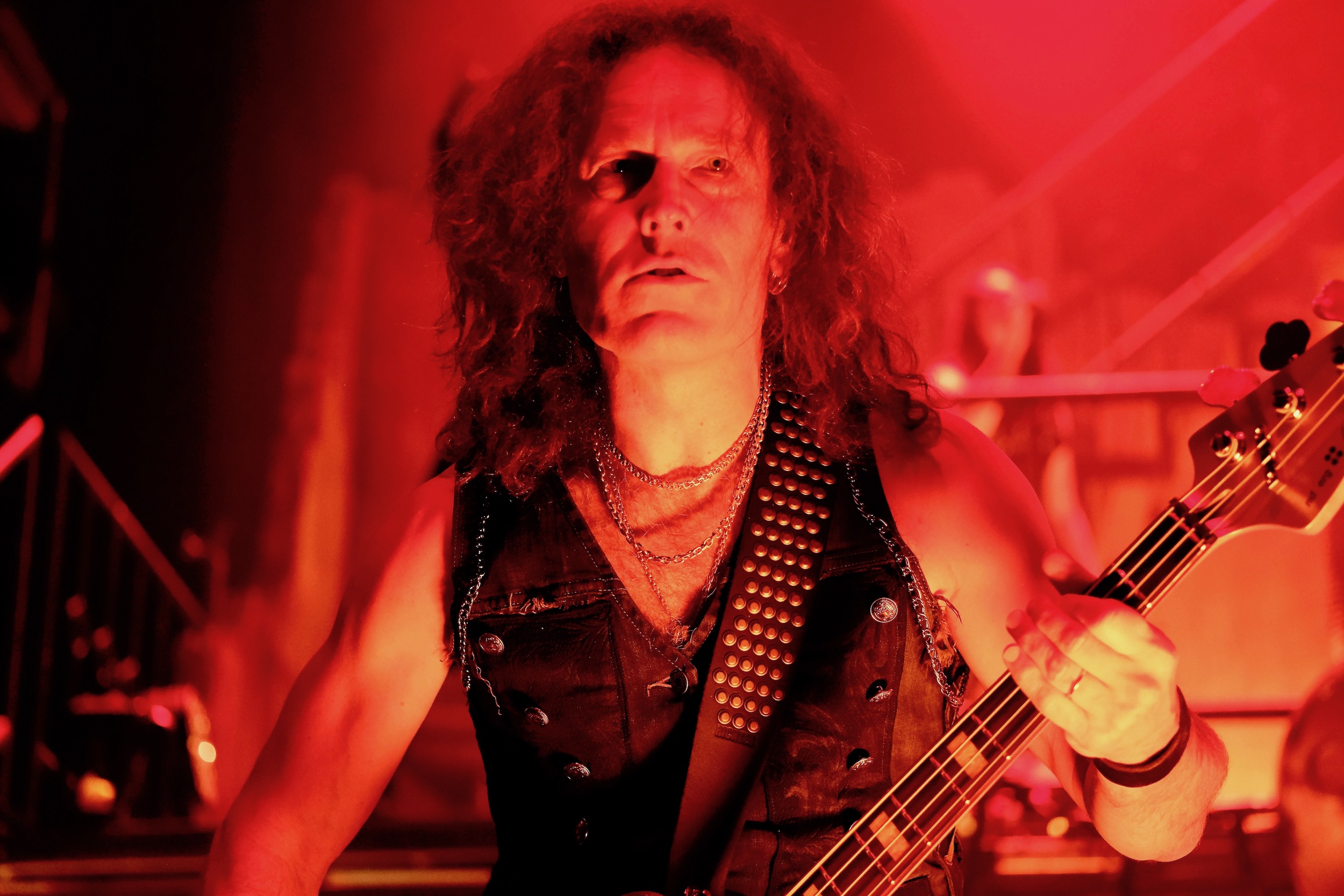 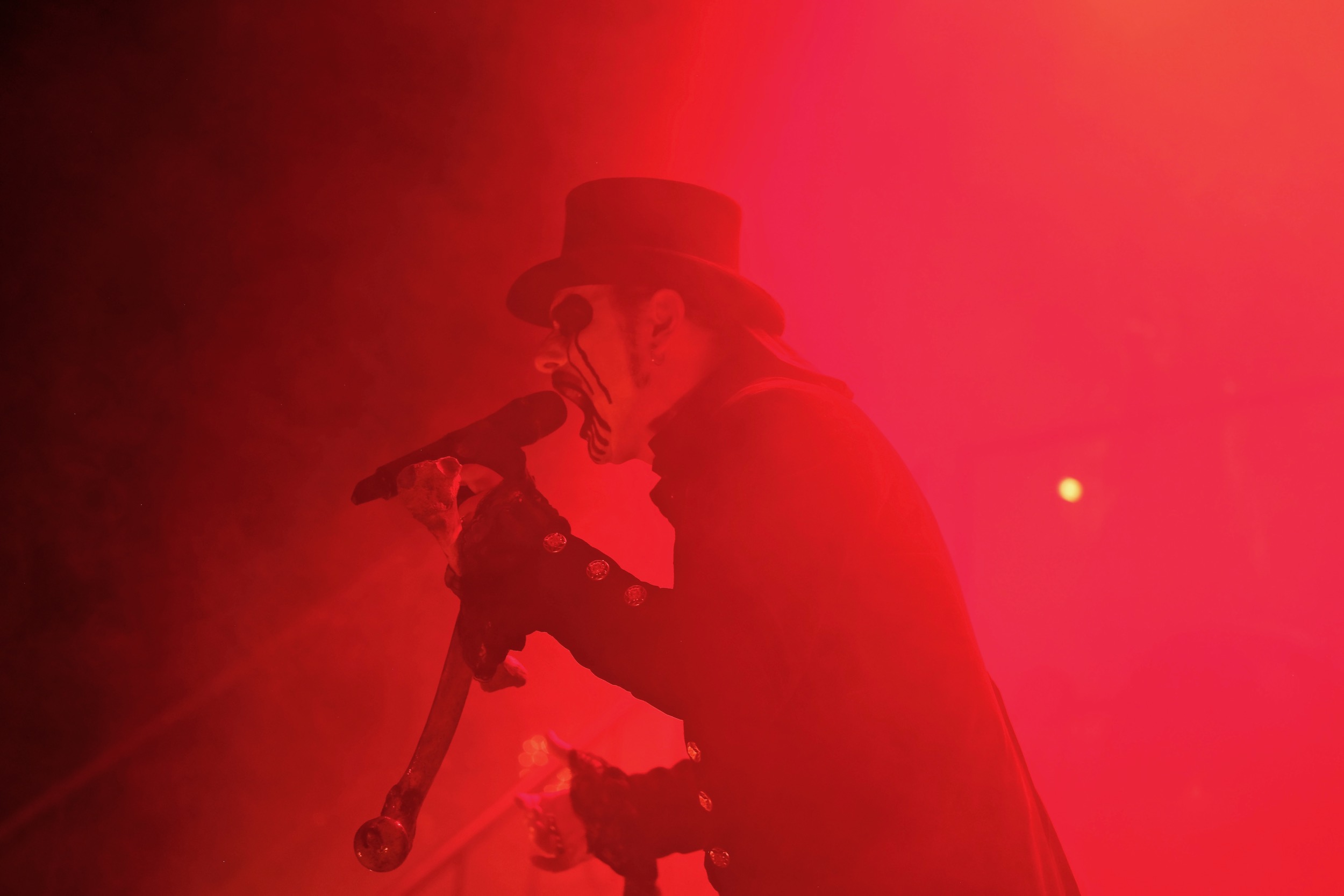 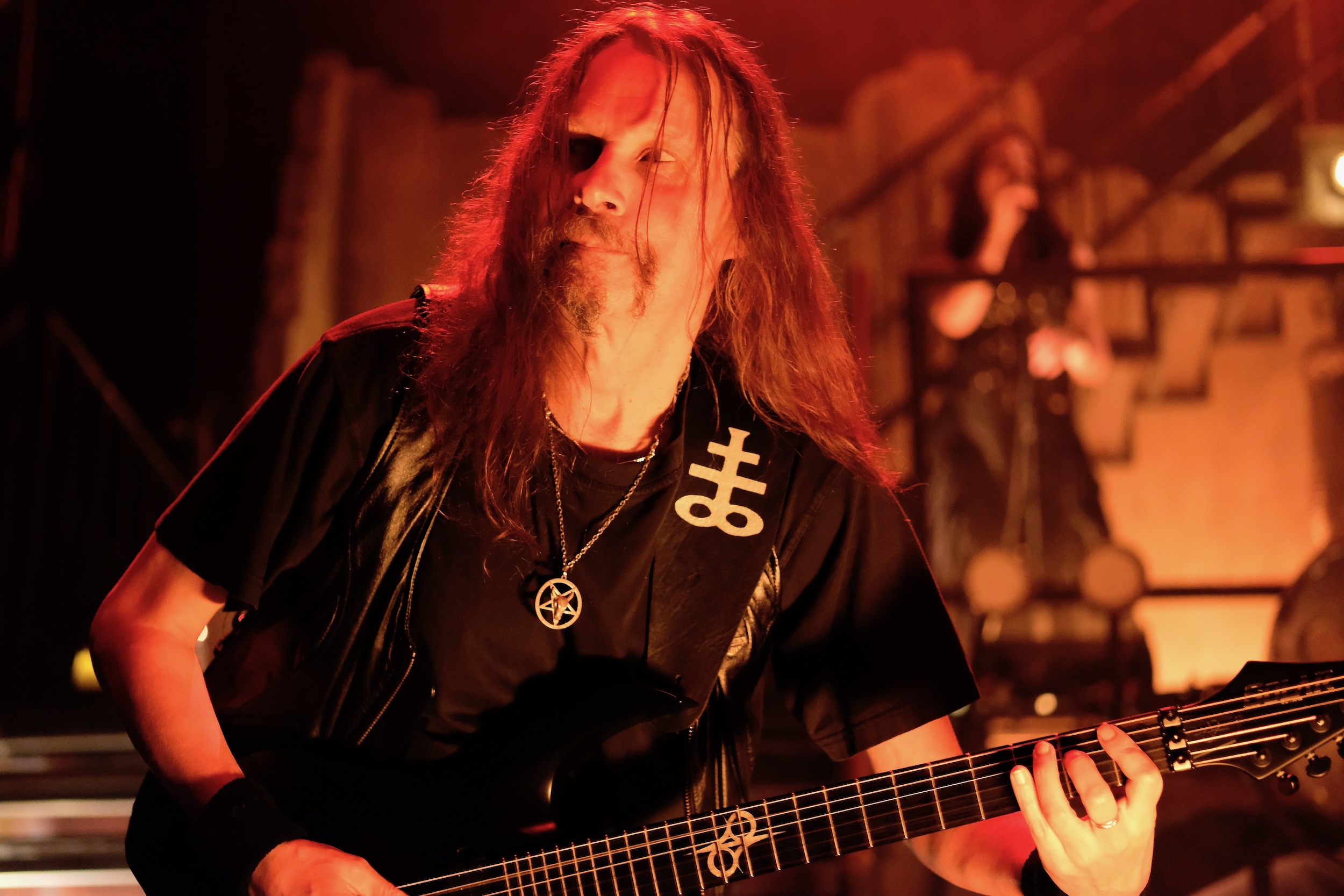 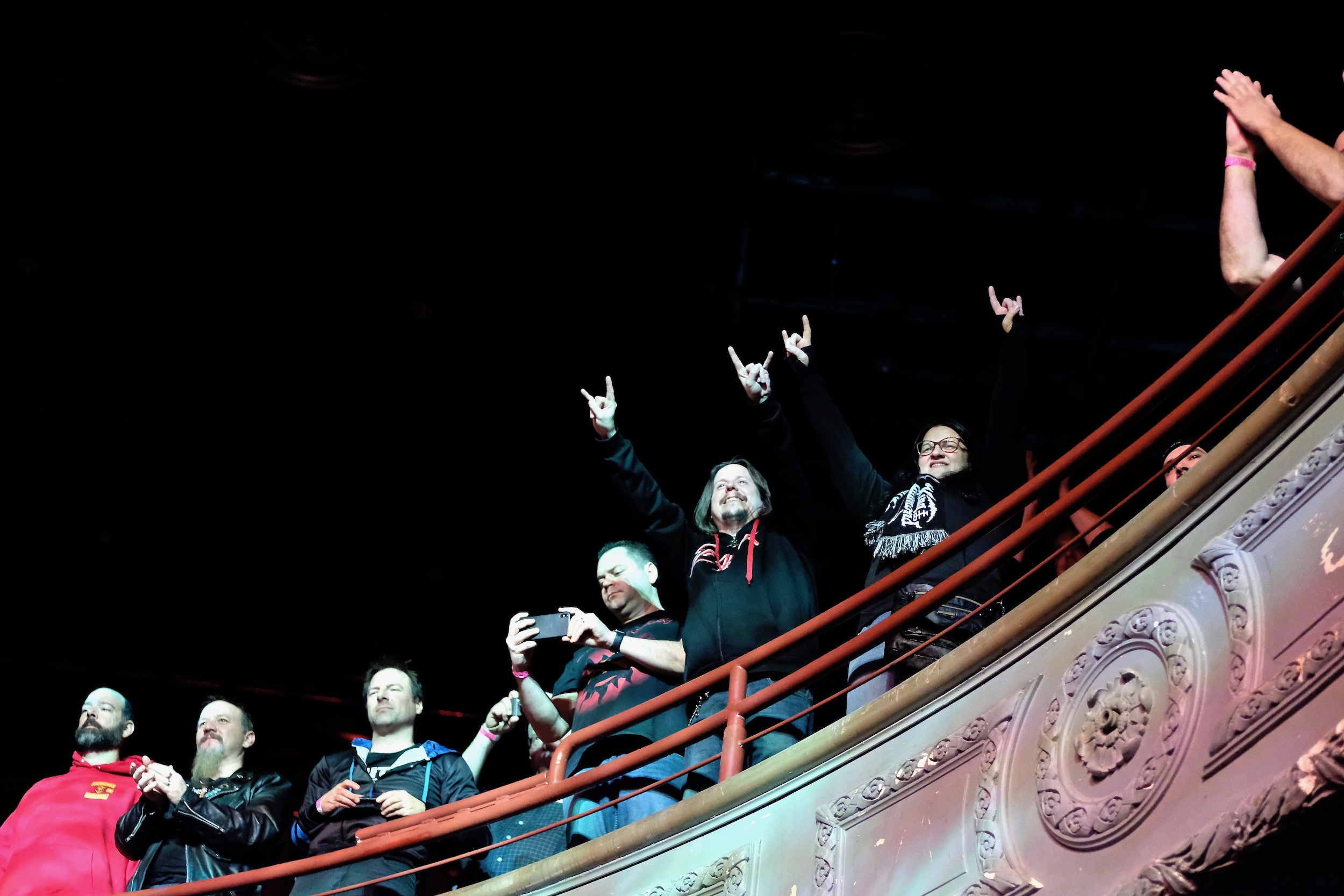 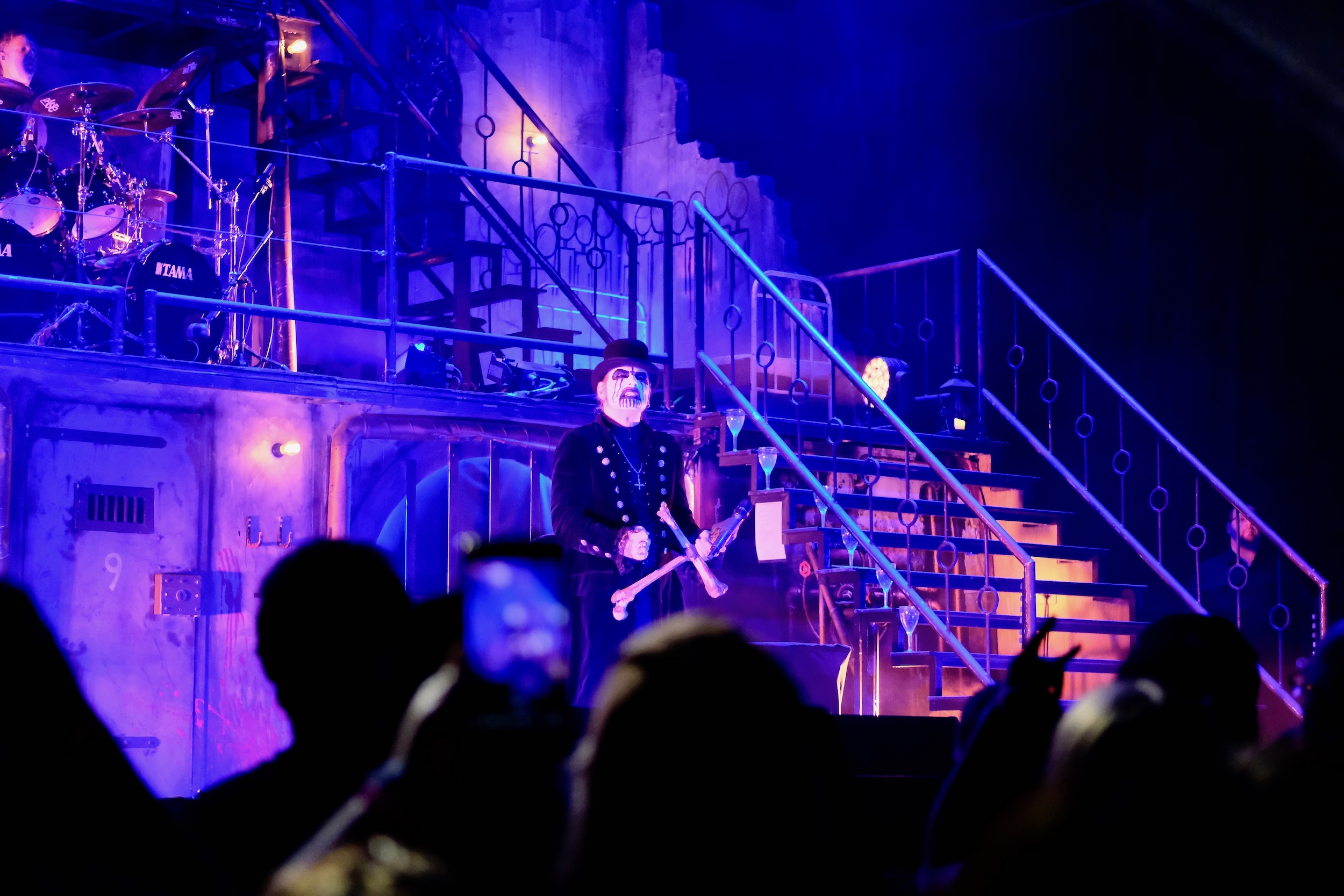 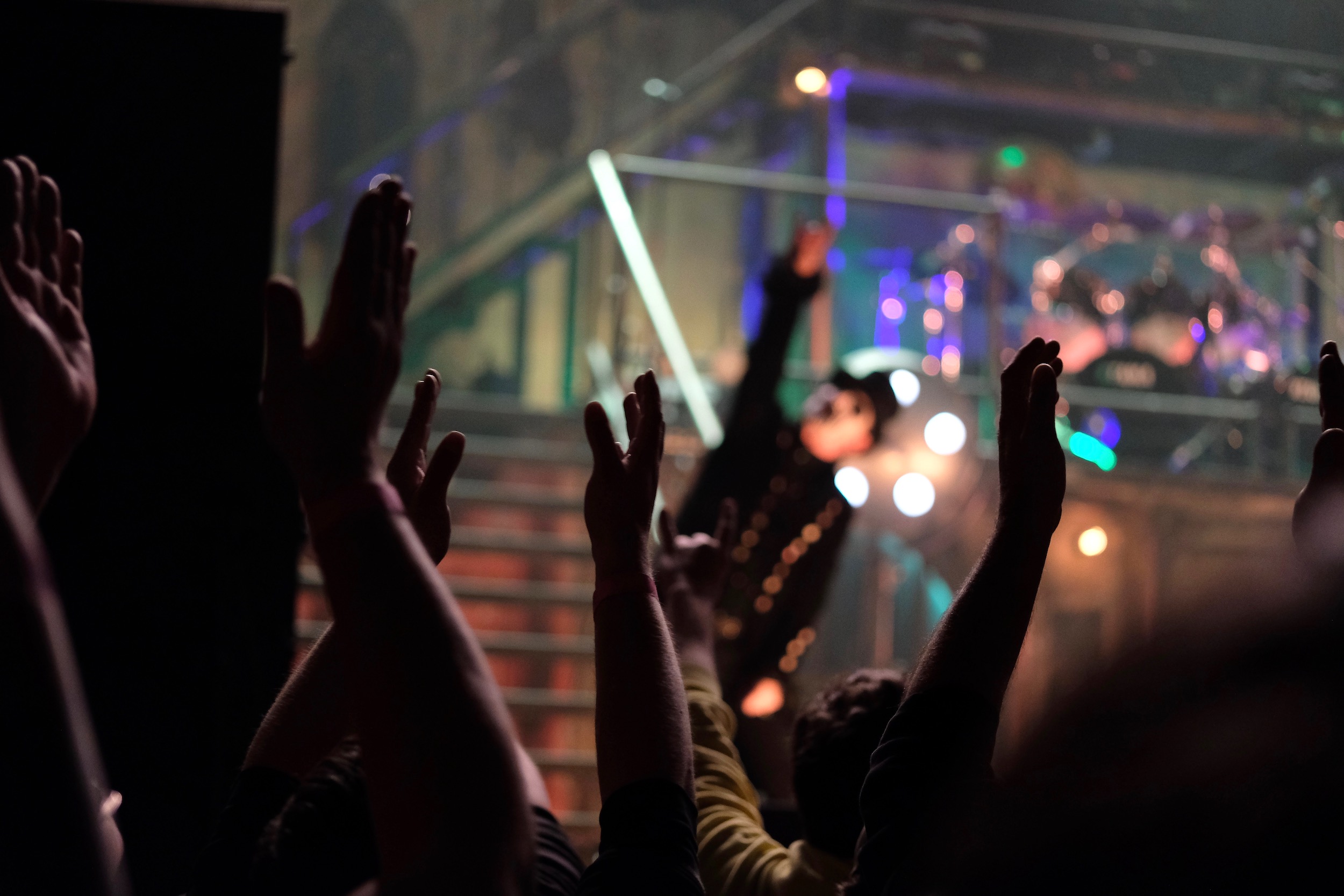 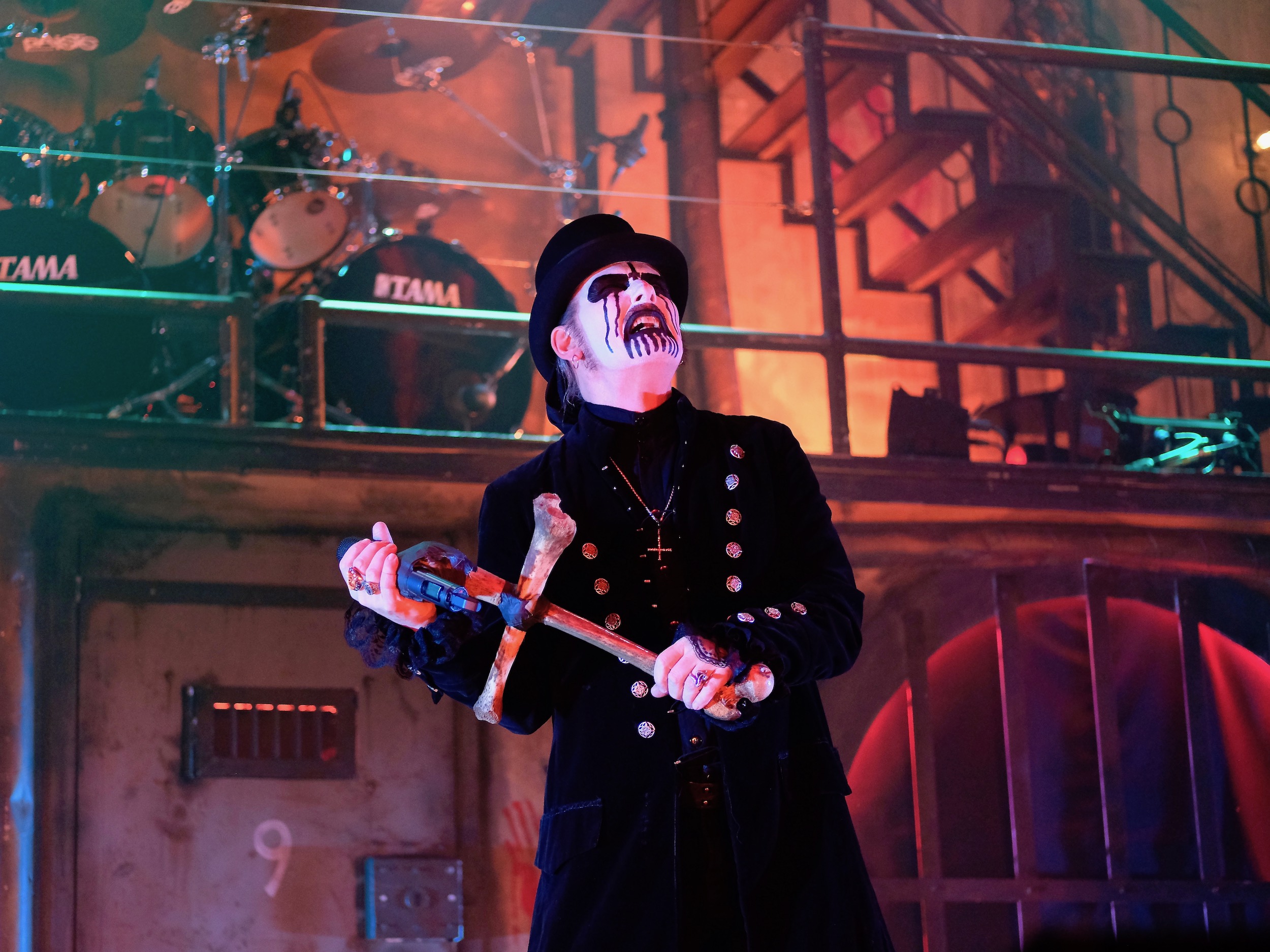 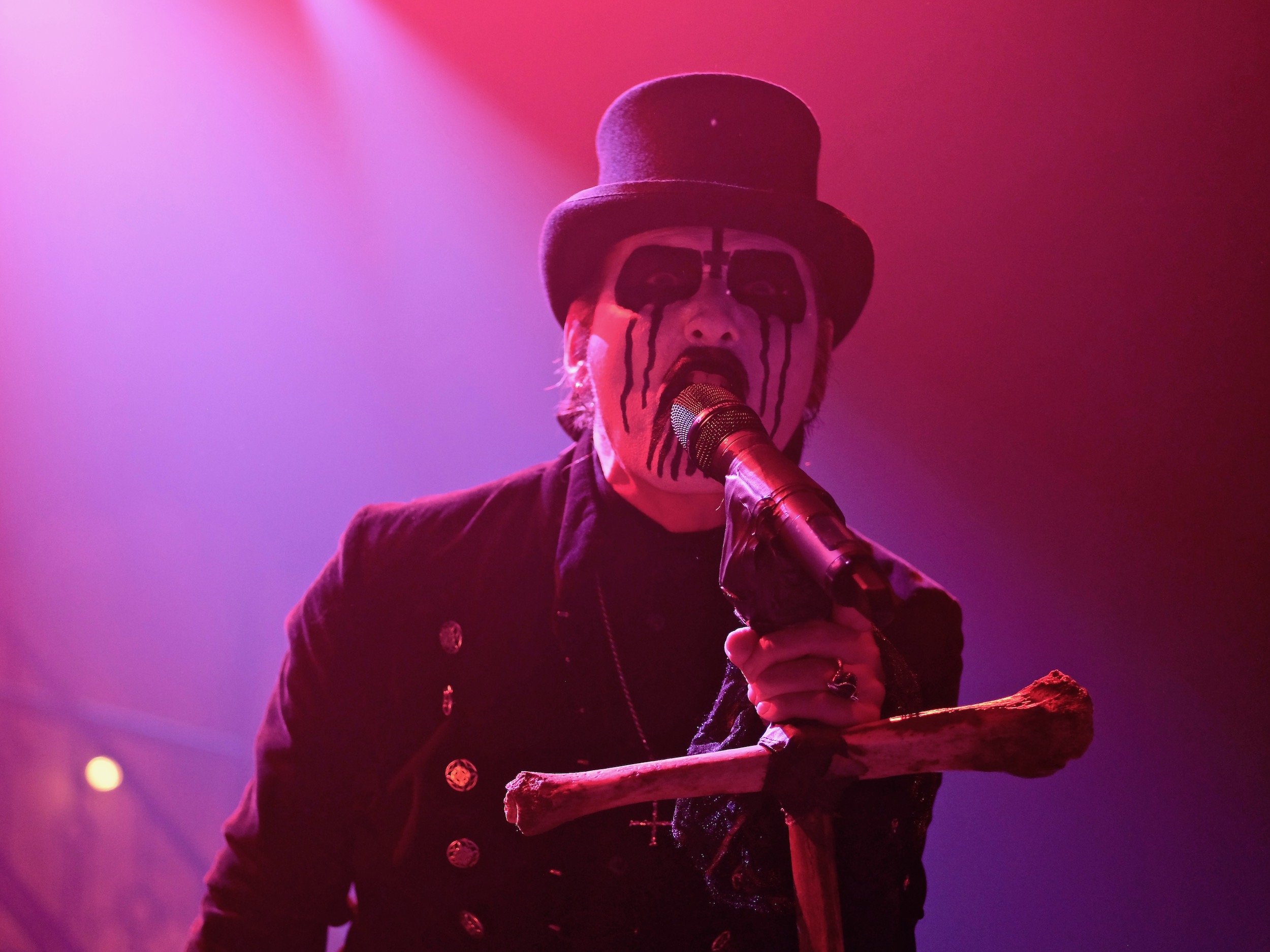 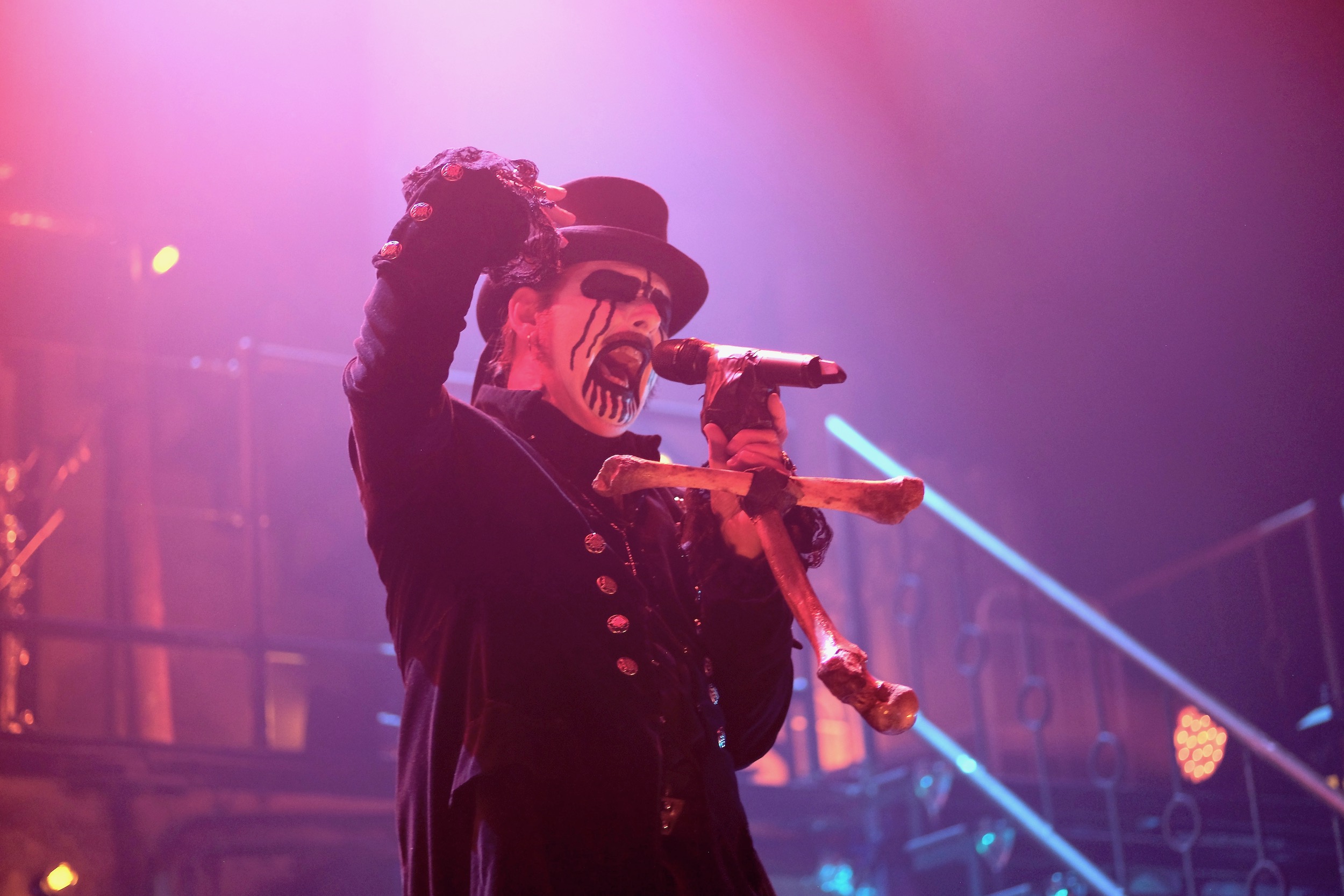 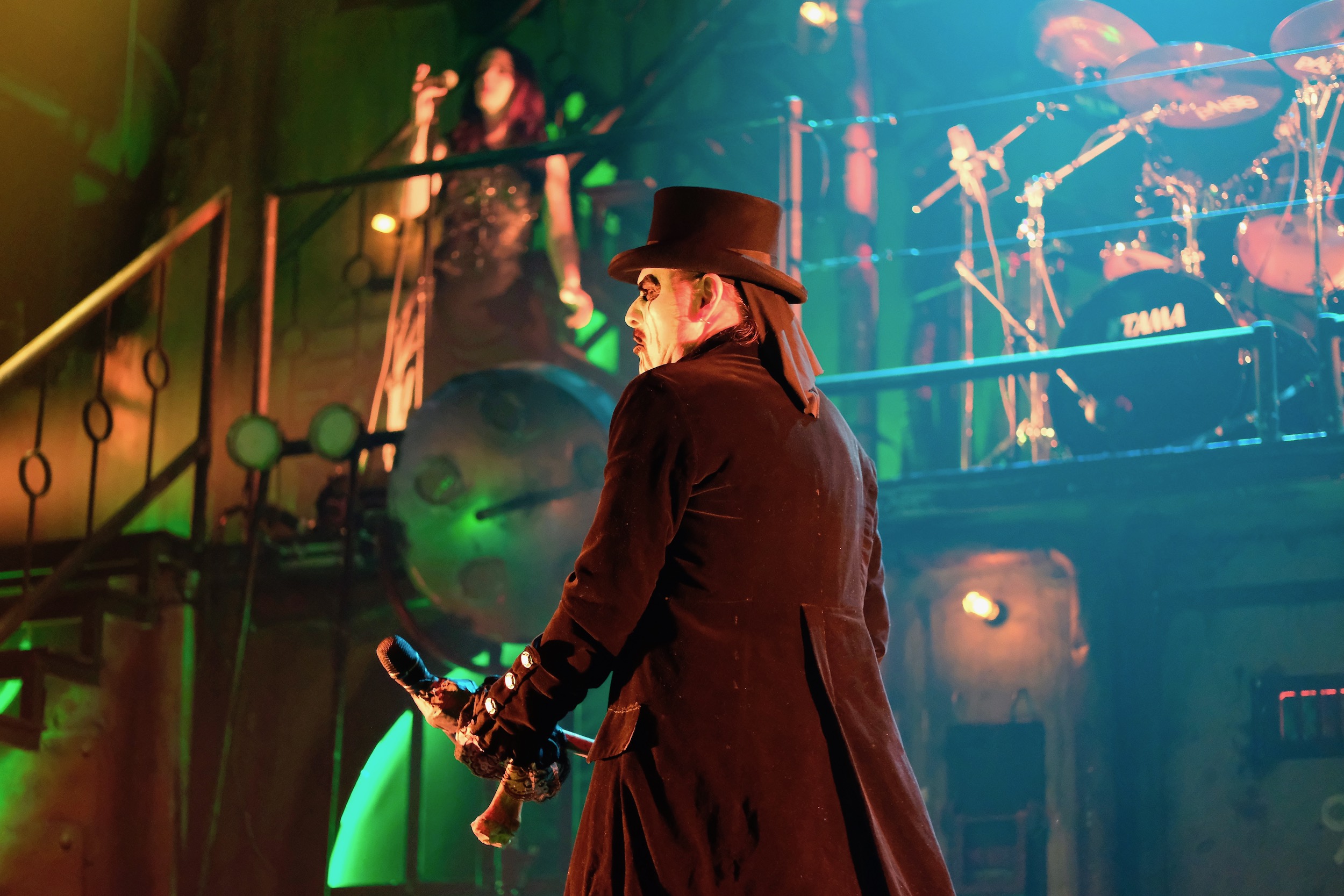 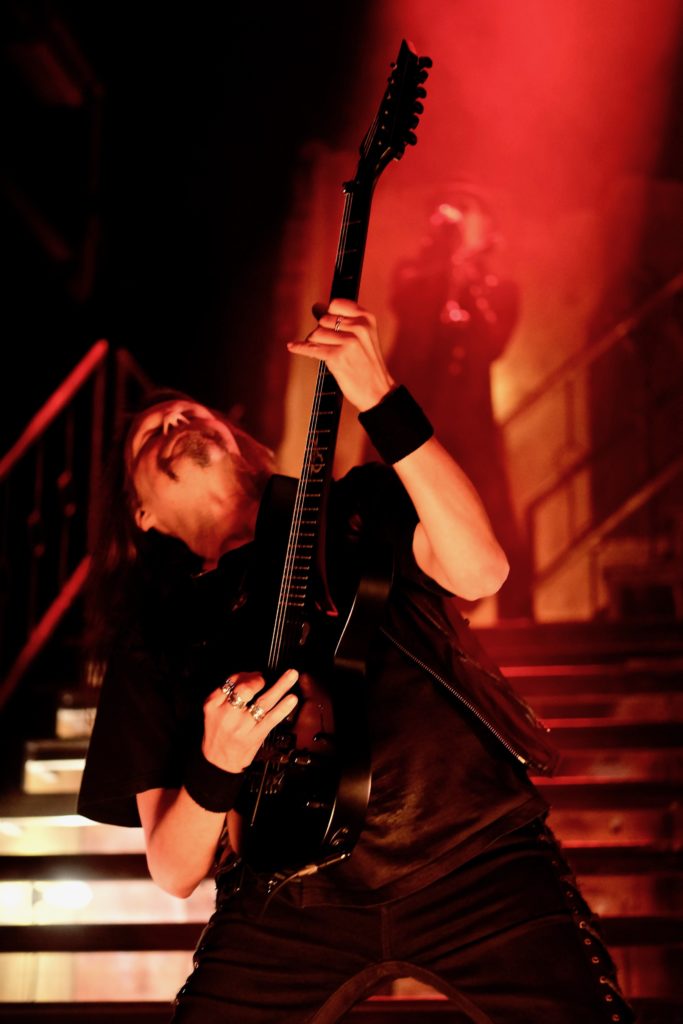 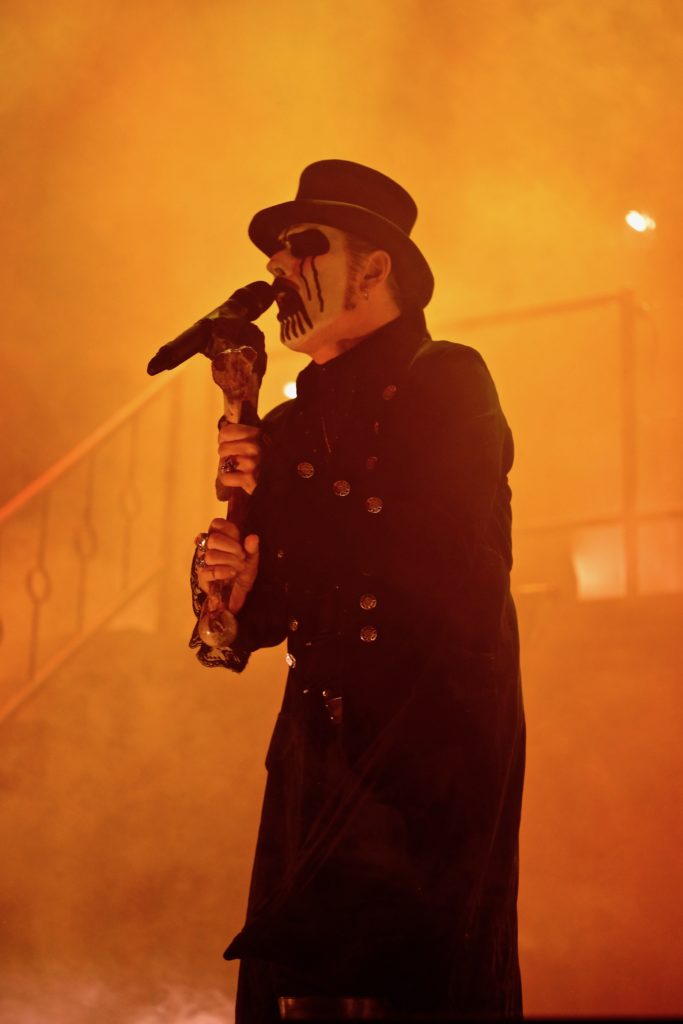 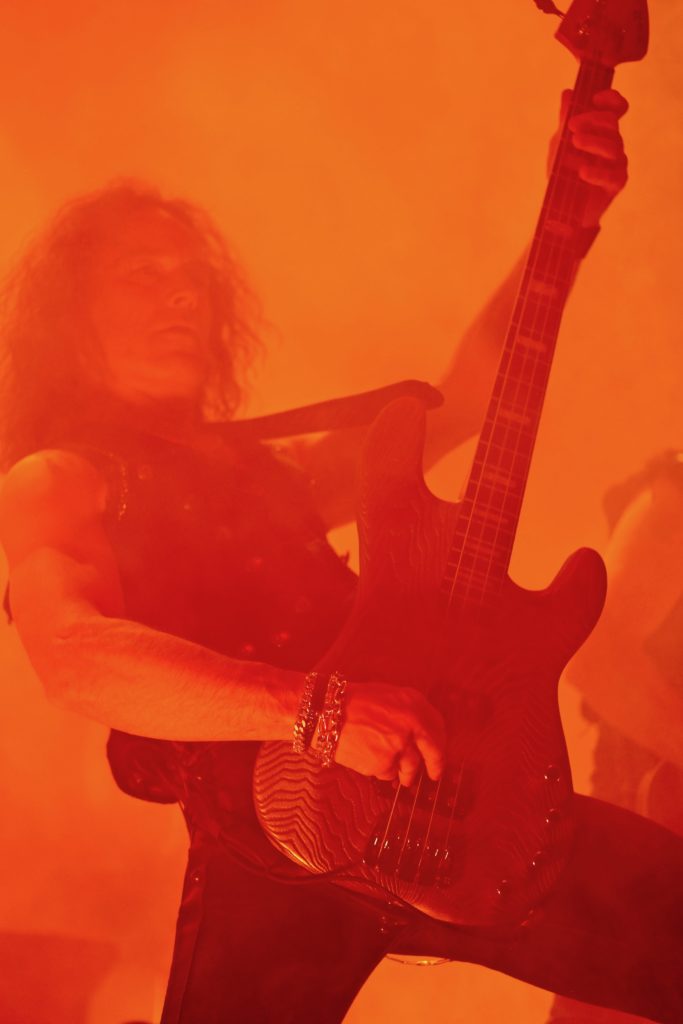 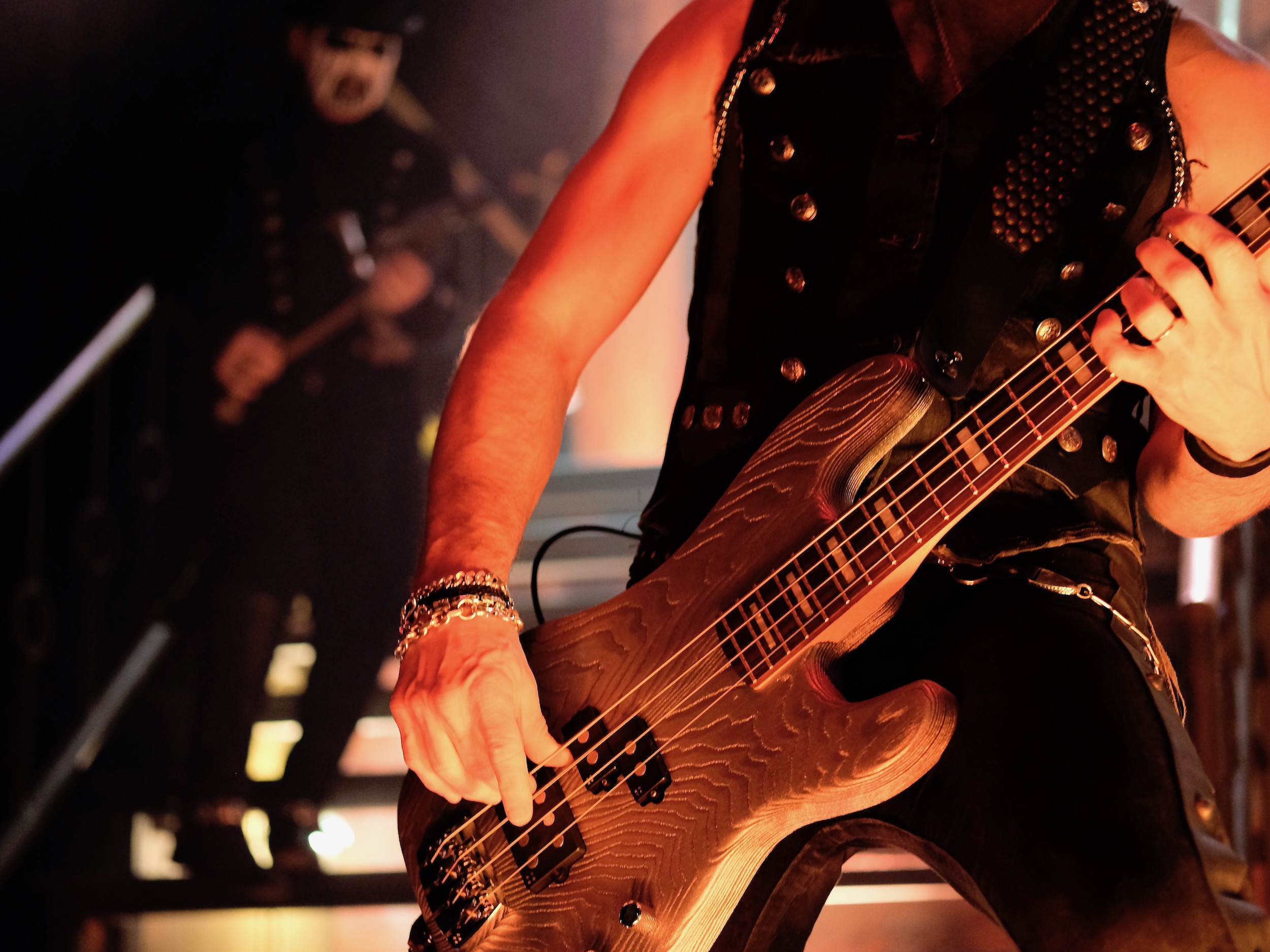 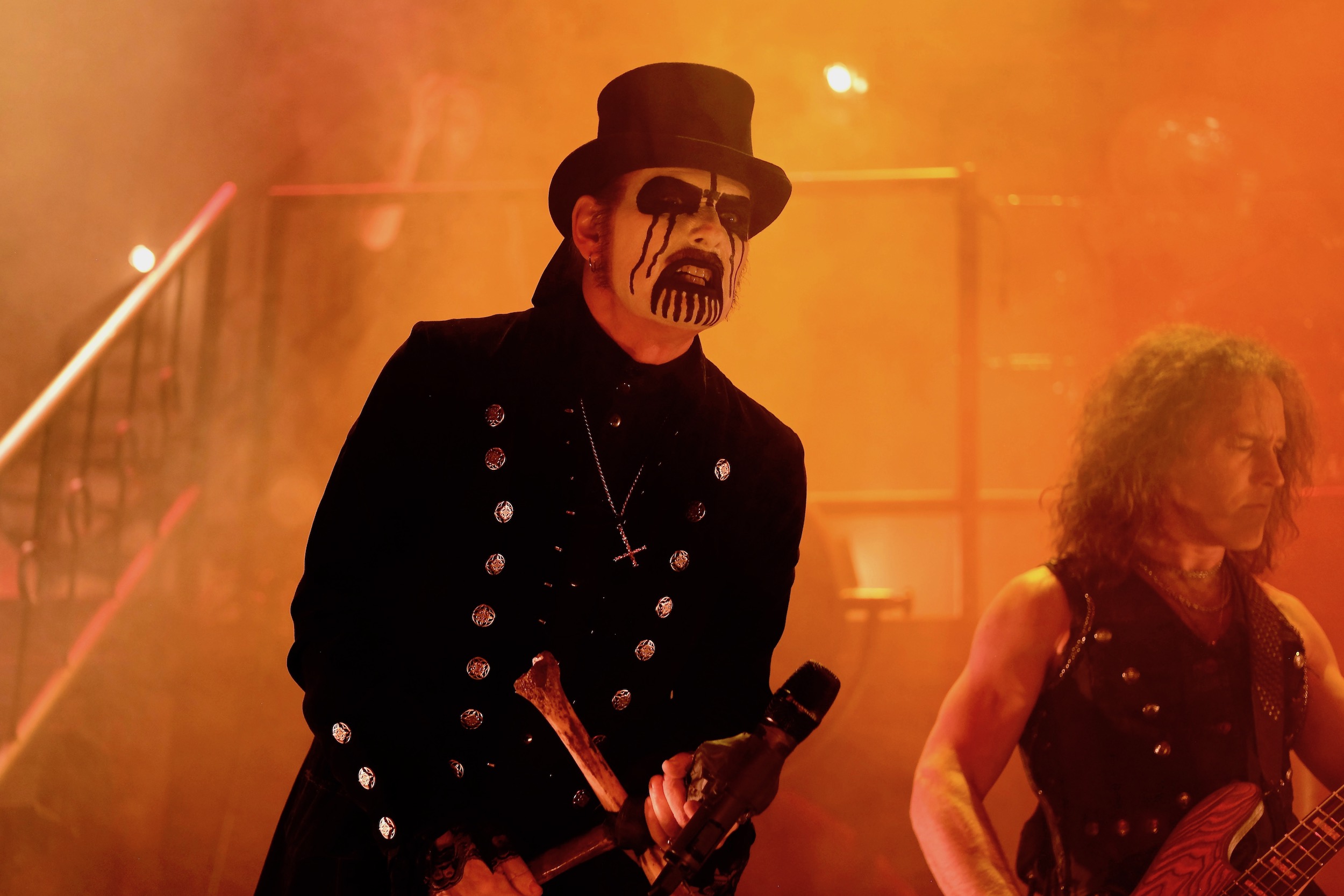 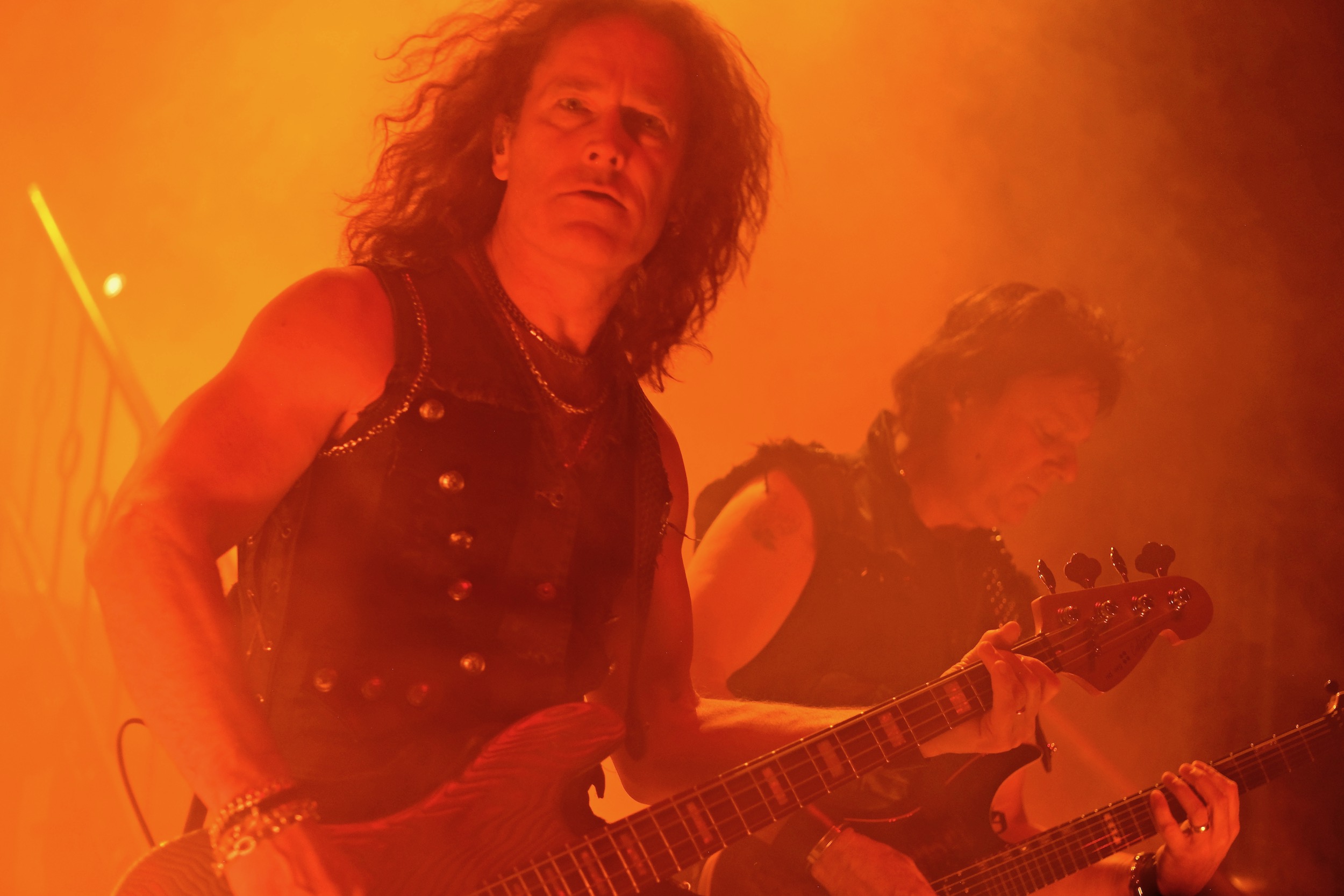 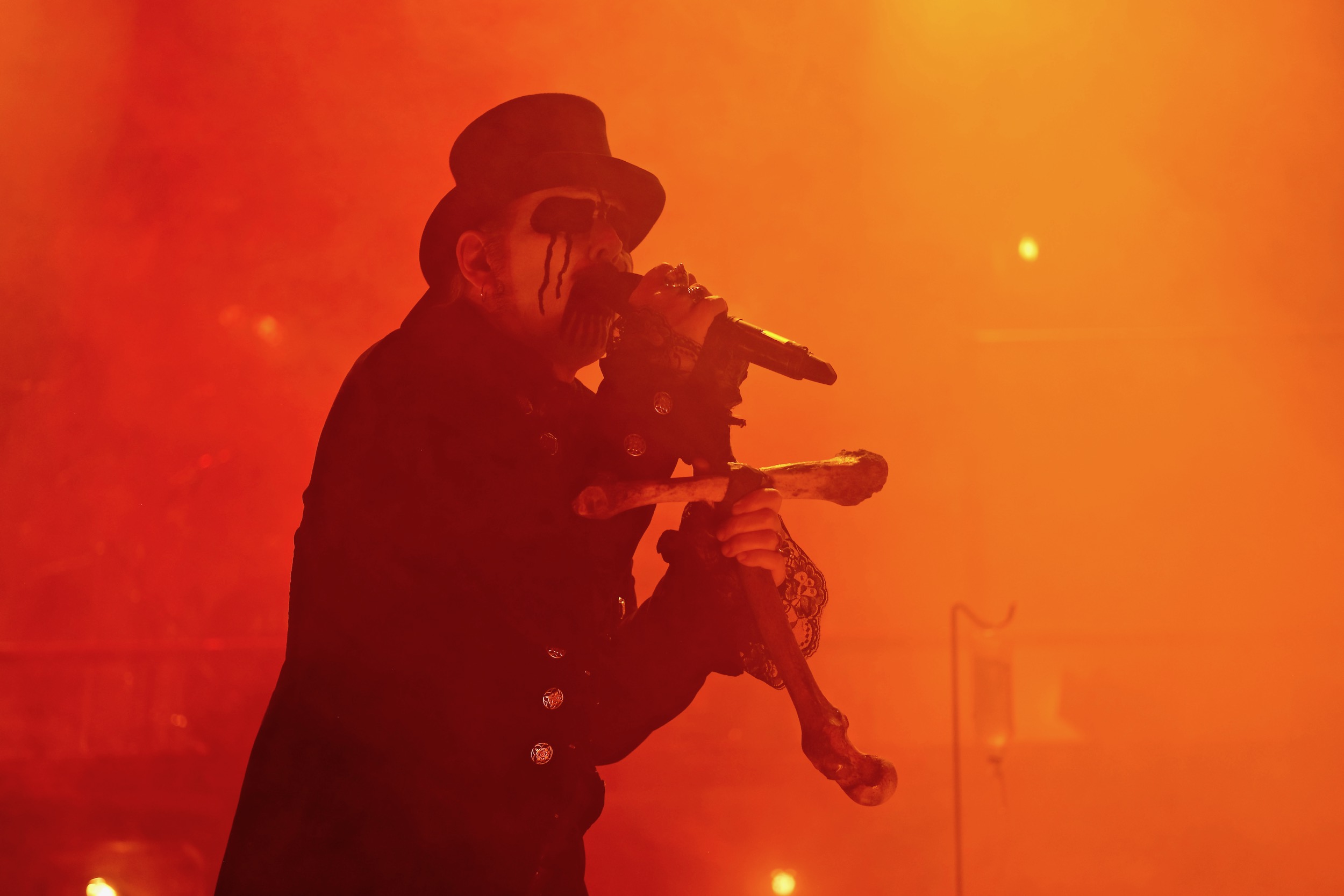 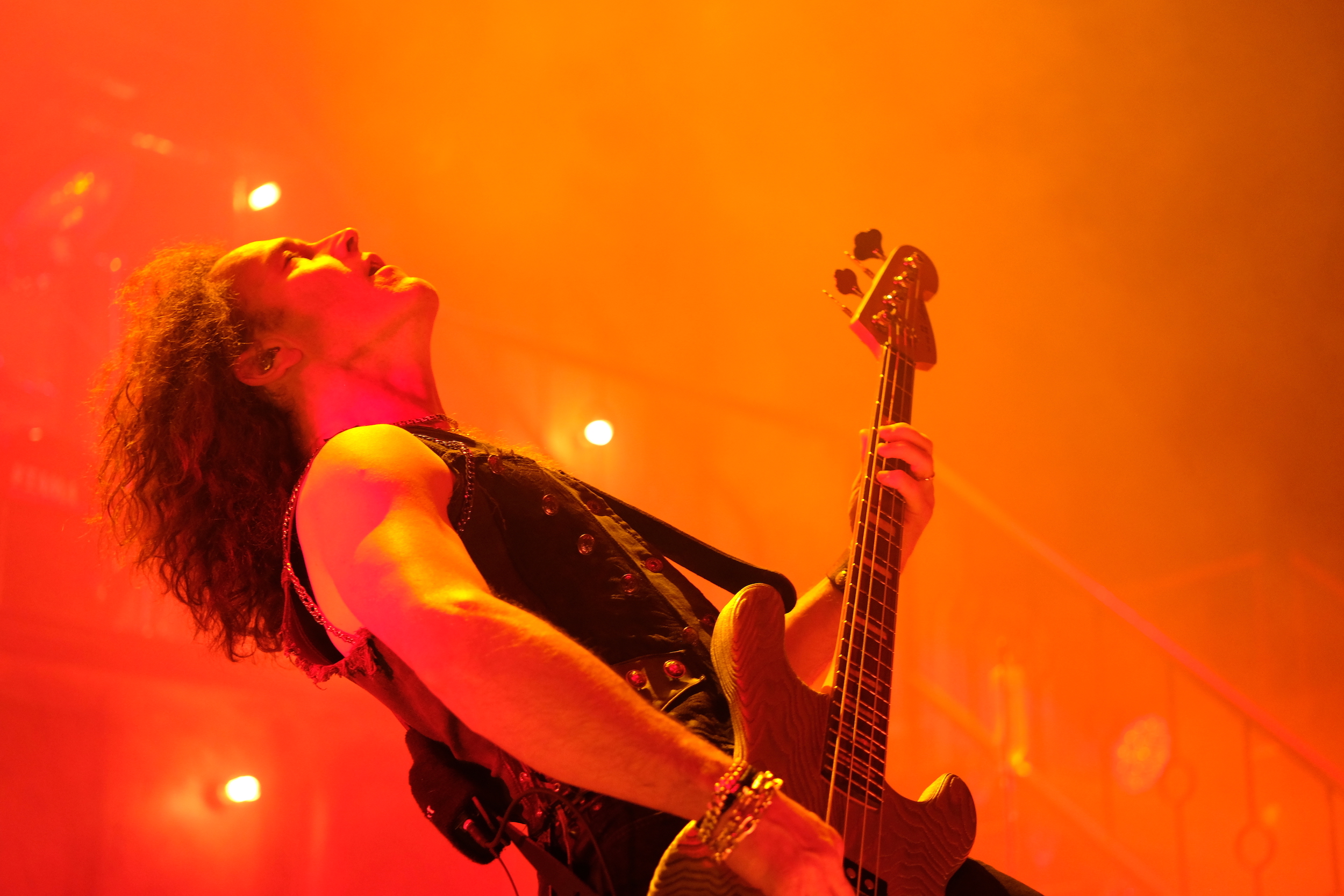 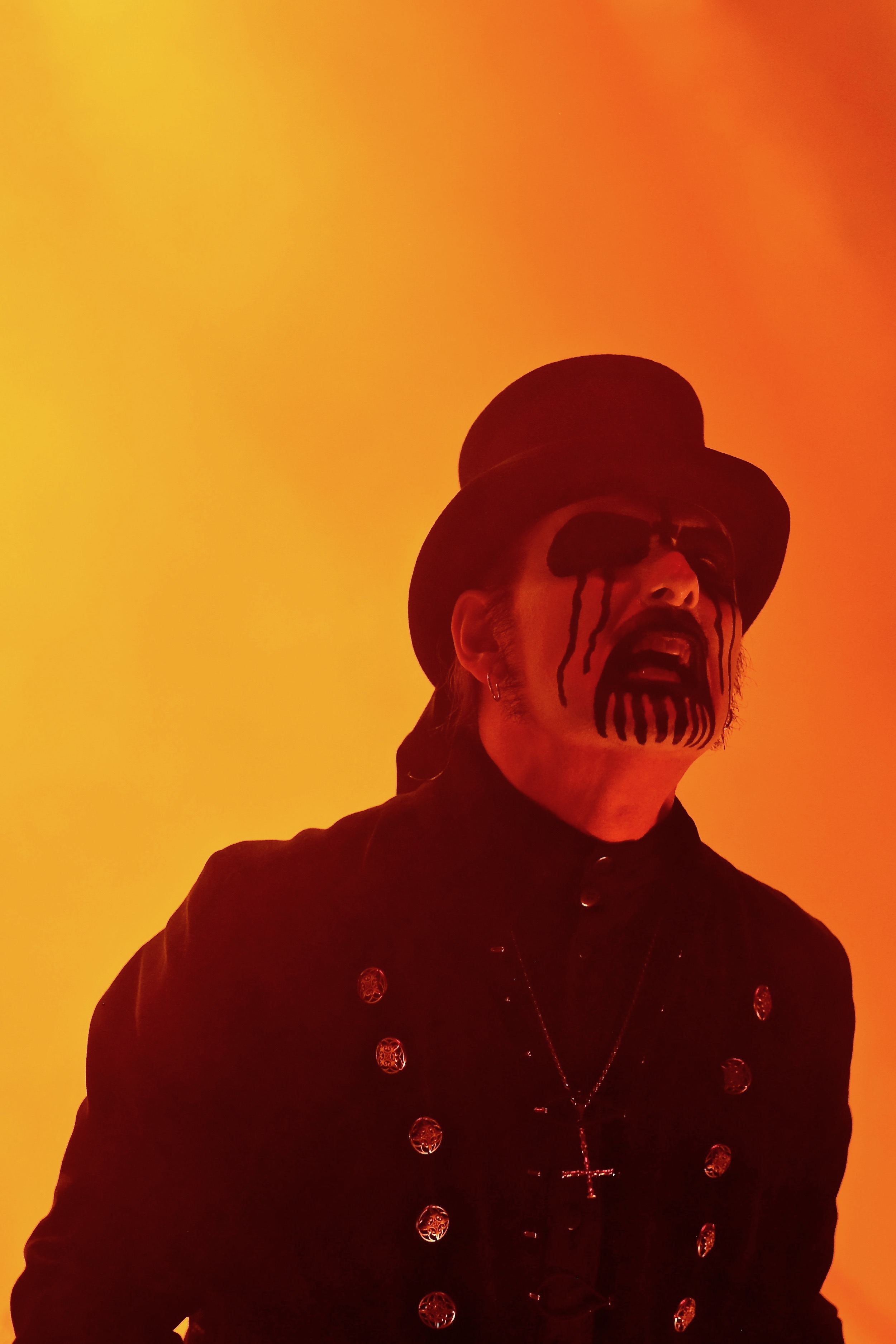