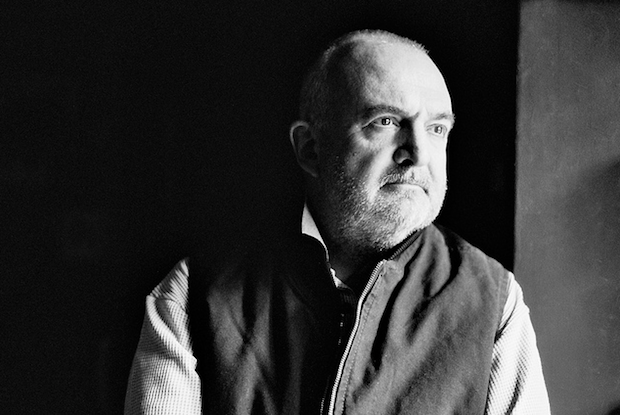 As mentioned in our guide to the year’s final round of essential records, Throbbing Gristle–or “X-TG,” as the Genesis P-Orridge-less duo have come to call themselves–release a pair of new LPs this week, The Final Report and a posthumous rendering of Desertshore, the Nico tribute Peter “Sleazy” Christopherson was working on wrapping at the time of his death in 2010.

The “Memorial Mix” below is described as a “gathering of the voices of 35 of Sleazy’s friends and acquaintances. The lyrics are simply ‘meet me on the desert shore.'” A fitting tribute considering how decidedly creepy the band’s always been, it plays out like a monastic meditation on the loss of a dear friend, as beamed from the other side…

The ‘Desertshores’ track is a gathering of the voices of thirty five of Sleazy’s friends and acquaintances. The lyrics are simply “Meet me On The Desertshore”.

There are four versions of the track – the CD release of ‘Desertshore / The Final Report’ includes the original full length version while the vinyl release includes a shortened version, to accommodate the reduced playing time on vinyl.

A live remix of ‘Desertshores’ was recorded in Newcastle at the AV Festival’s ‘Wishful Thinking: In Remembrance of Peter Christopherson’ performance in March 2012.

The ‘Memorial Mix’ was produced in November 2012 to commemorate the second anniversary of Sleazy’s death.