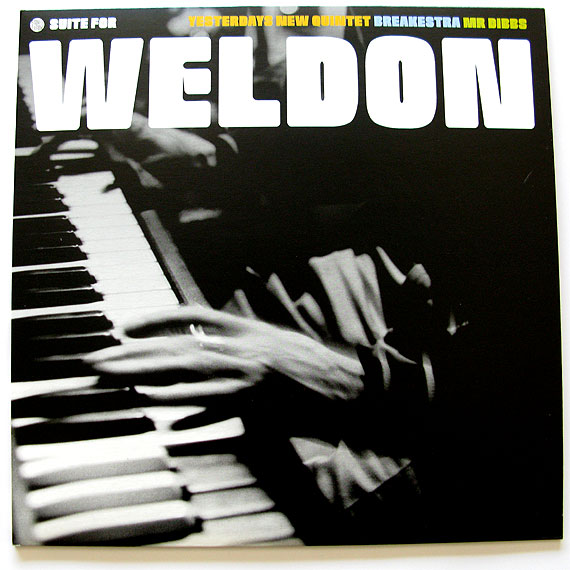 The pianist Weldon Irvine, Jr. was a formative influence on Madlib’s Yesterdays New Quintet transformation. Indeed, the pianist was the first of the â€œjazz eldersâ€ to validate Madlib’s take on jazz when the hip-hop producer began recording jazz in 2000.

Weldon Irvine died by suicide ten years ago this spring. After he passed away, Mr. Dibbs called for a project to benefit his young son, and former Stones Throw manager Egon went about putting together this collection.

The resulting record Suite for Weldon was released in 2003, featuring a 10-minute track from Yesterdays New Quintet (with an uncredited Malcolm Catto) and two more from Dibbs and Breakestra. B+ contributed the photo, Weldon Irvine Jr’s hands on the piano.

A year later Madlib’s own album Tribute To Brother Weldon album came out under the name Monk Hughes and The Outer Realm.