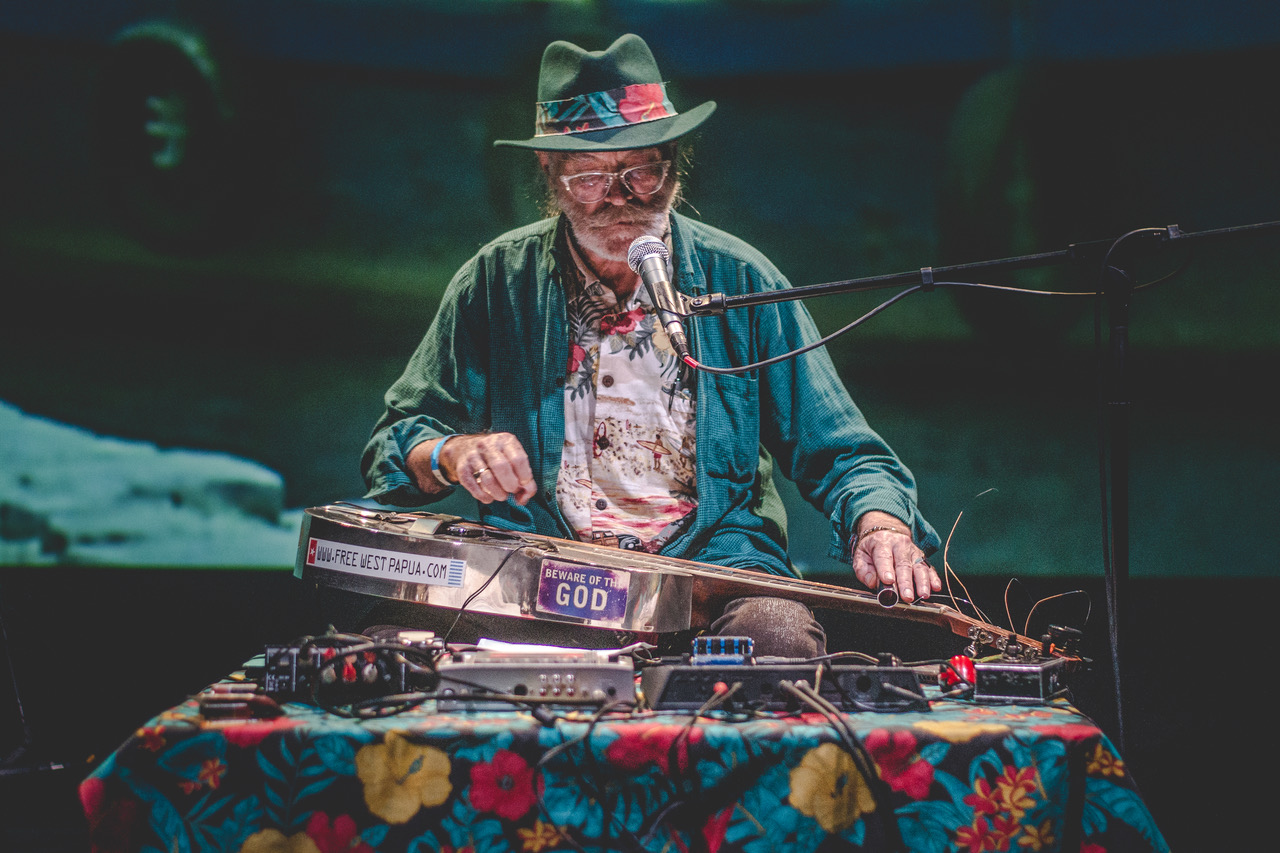 Kevin Costner kinda had a point, huh? As did Mike Cooper, for that matter. Flash back to the guitarist’s first Hipshot CD-R (1999’s Kiribati) and you’ll find disturbingly early signs of the self-inflicted wounds we all should have taken seriously decades ago.

“[Kiribati] was dedicated to the people of that Pacific Island nation,” explains Cooper, “as I shared their concern, then as now, with the fact of rising sea levels due to global warming which threatens to destroy or make uninhabitable their low-lying island homes. That album was the start of a long musical and artistic journey for me.

He continues, “Several of my albums subsequent to Kiribati… are all conceptually concerned with this same subject. Another conceptual thread connecting them is my concern for the cohabitation of the human and non-human world expressed through my use of unprocessed avian or insect field recordings of song, signs, and signals. Climate change, as well as the destruction by humans of the natural habitat of many species, is disturbing the balanced relationship we need to have with nature.”

To put all of this into perspective far more clearly than any critic ever could, Cooper was kind enough to share the first self-produced clip from this fall’s Playing With Water album (Room40, November 6th) and how we all got here….

‘The Lost Steps’ is a novel by Alejo Carpentier, a Swiss-born Cuban citizen living in Venezuela. It was published in Europe in 1956 and credited as the first magic realism novel. (He coined the phrase in Spanish: “lo real maravilloso.”) I read it in my late teens, when it was first published, but I have no recollection of it whatsoever. Recently, for some inexplicable reason, the title came into my head and I looked it up.

The following does not do justice to the book’s complexity or plot, but the main character is a composer and musicologist — living in a large city, probably New York — who goes on a trip to the jungle in South America to collect ethnic musical instruments for a friend who is a museum curator. Arriving in South America, he has a feeling of being reunited with a ‘homeland,’ particularly as he speaks Spanish. The longer he stays, the more at home he feels, and the more convinced he is that the lives of the local people living in the jungle exactly meet their needs and are no less sophisticated than those, so called, ‘civilized’ societies. He starts a relationship with a local woman named Rosario.

Presuming he is lost, a search party arrives by air to ‘rescue’ him and he returns to his former life and wife. She discovers that he has been having an affair — not only with a local woman in South America, but also with another woman that accompanied him on his trip. He presumes she will divorce him and he will return alone to South America. She will not divorce him, however, and only selling a soundtrack score for a film enables him to leave anyway. On arriving back in South America, he realizes that he can’t find his way back to the village alone, but he does meet someone who tells him Rosario is still living in the village and married to someone else. 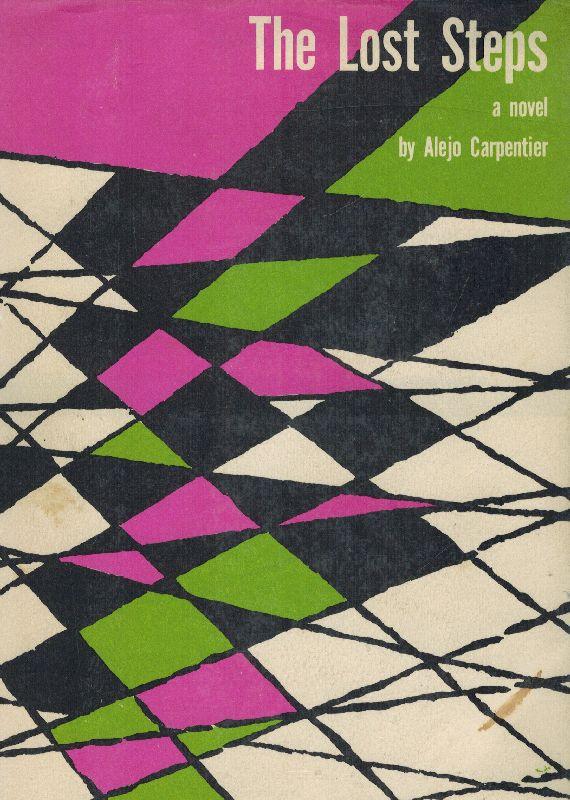 This book probably counts as the first ‘Tropical Gothic’ novel, as well as where — in my opinion — the “real world becomes suffused with fantasy elements, myths, dreams, and a fractured sense of time and logic” (Roy Johnson, 2016). Alejo Carpentier was, in fact, a composer and musicologist, as well as a writer. He is considered to be among the founders of the Afro-Cuban movement in the 1920s that brought African forms into avant-garde art — particularly music, dance, and the theatre. He wrote several opera librettos and ballet pieces with Afro-Cuban themes. He also published ‘The Music Of Cuba’ in 1946 , well before any other interest in the subject.

I made this video before the current situation we all find ourselves in. It has turned out emblematically prophetic, with the image of the stranded boat made of water. The psychedelic ‘effect’ is not a ‘special effect’ at all; it is filmed through a glass brick… something I learned to do when filming during a residency in Crete a few years ago. It is my homage to Vilmos Zsigmond and his work on Robert Altman’s ‘anti-Western’ film ‘McCabe & Mrs. Miller’. He says of the film that they “didn’t want it to look good. The whole idea was to make some old faded pictures…. All shots in the film, including out of focus shots, were meant to be that way. And I’m proud of it.”

One of my favorite filmmakers is Fiona Tan. In the notes for her installation ‘Inventory’ — which I saw in Rome — she wrote, “the renowned French film director Jean Renoir made a striking comparison between filmmaking and medieval tapestries. He said he missed the grain of old film stock, the tonal quality of older film stock no longer in production. To summarize, Renoir argues that technical perfection results in ugliness. Thus, the Bayeux Tapestries are beautiful because of their primitive nature, not in spite of, but indeed, because of their imperfection. In the centuries that followed, when the technique for making tapestries improved, the aesthetic quality of the tapestries instead declined greatly.”

I wrote a song in the early ’70s that went, “I see your broken boat lays stranded / no breezes on this shoreline blow / take both of the oars in hand / pull towards that distant sound / and we will go dancing.”

Then there is the beach. People talk of various ‘chapters’ in their life journey whereas, in the footprints of my chosen mentor, Greg Dening, I refer to ‘beach crossings’. On arrival at a new place we cross the beach. Our lives are full of beach crossings… at least mine is. On the beach. The beach beneath the street. Many beaches to cross. I made this piece of music and this video shortly after arriving in Valencia in Spain, where we now live. It was a new beach. A new beach crossing.

Lost steps; past experiences cannot be repeated; onwards on all fronts. Many beaches to cross. Music dances on the beaches of our imagination…. 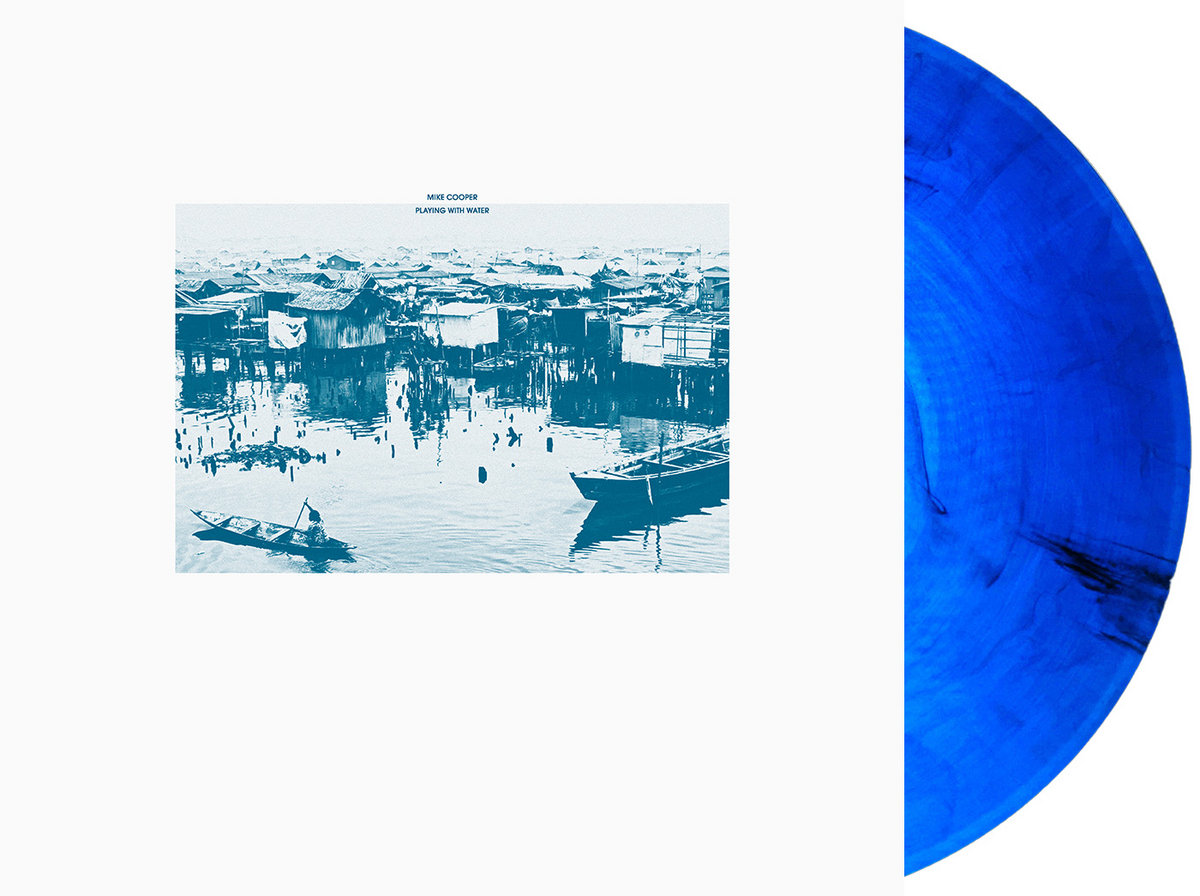