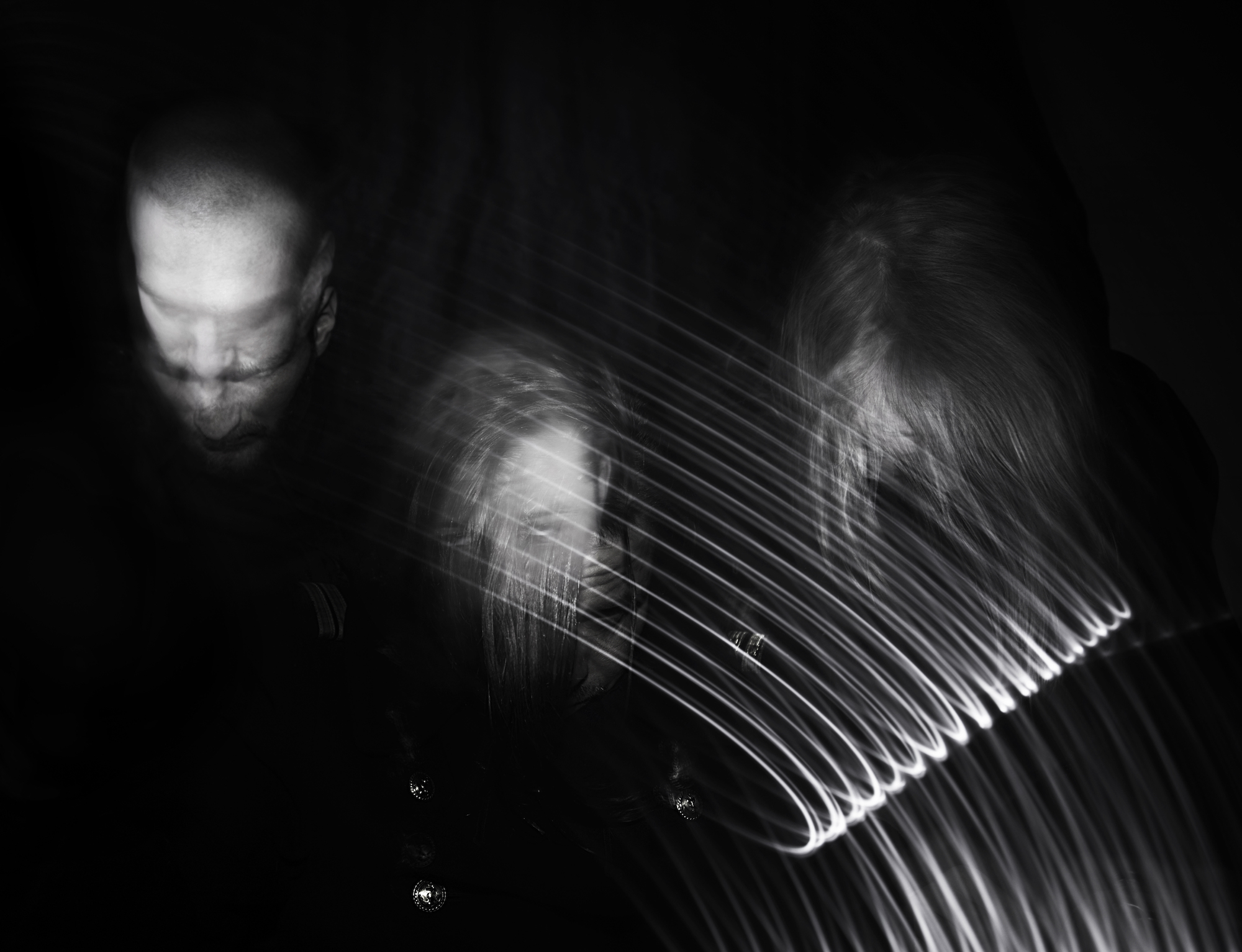 K-X-P // Photo by Noora Isoeskeli
In the spirit of Richard Chartier's recent beginner's guide to Mika Vainio's highly influential music,K-X-P frontman Timo Kaukolampi was kind enough to share a story about the many hours he spent with the Finnish producer. A telling personal tale involving Vainio's knife skills, mind-blowing stereo, and peerless record collection, it's presented here alongside an exclusive remix from an imminent 12'' that also features longtime K-X-P supporters Optimo....
I was living in Berlin between 2012-2015 when I met Mika Vainio on the street and we started to talk. I knew him a bit from before, but not that much, and as we talked, it turned out that he was living on the next block from my flat in Prenzlauer Berg.

For the record, let’s get this right: I was a huge fan, and he was one of my all-time heroes. I think Pan Sonic and Jimi Tenor liberated the Finnish underground and showed them a way out of Finland, metaphorically speaking. They showed you could be cool, original, and radical—that you didn't have to water your art down to make it outside our small country.

We did pretty basic stuff when we hung out—had coffee, went to restaurants, shows and markets, listened to music. He had the most amazing sound system at his place. I've never seen or heard anything like that. Usually people have their living room centered around a TV set; Mika's was set around a valve amplifier and hi-fi speakers. He would go in silence through his massive vinyl and CD collection, pick a record, place it on the turntable, and lord almighty, it was like a third dimension opening. Like the walls and ceiling melted away and you were floating in space with the music. Maybe it was my mind doing the trick, but he had this aura around him. Like tapping into the history of music and art, and being part of it without trying to or noticing it himself. 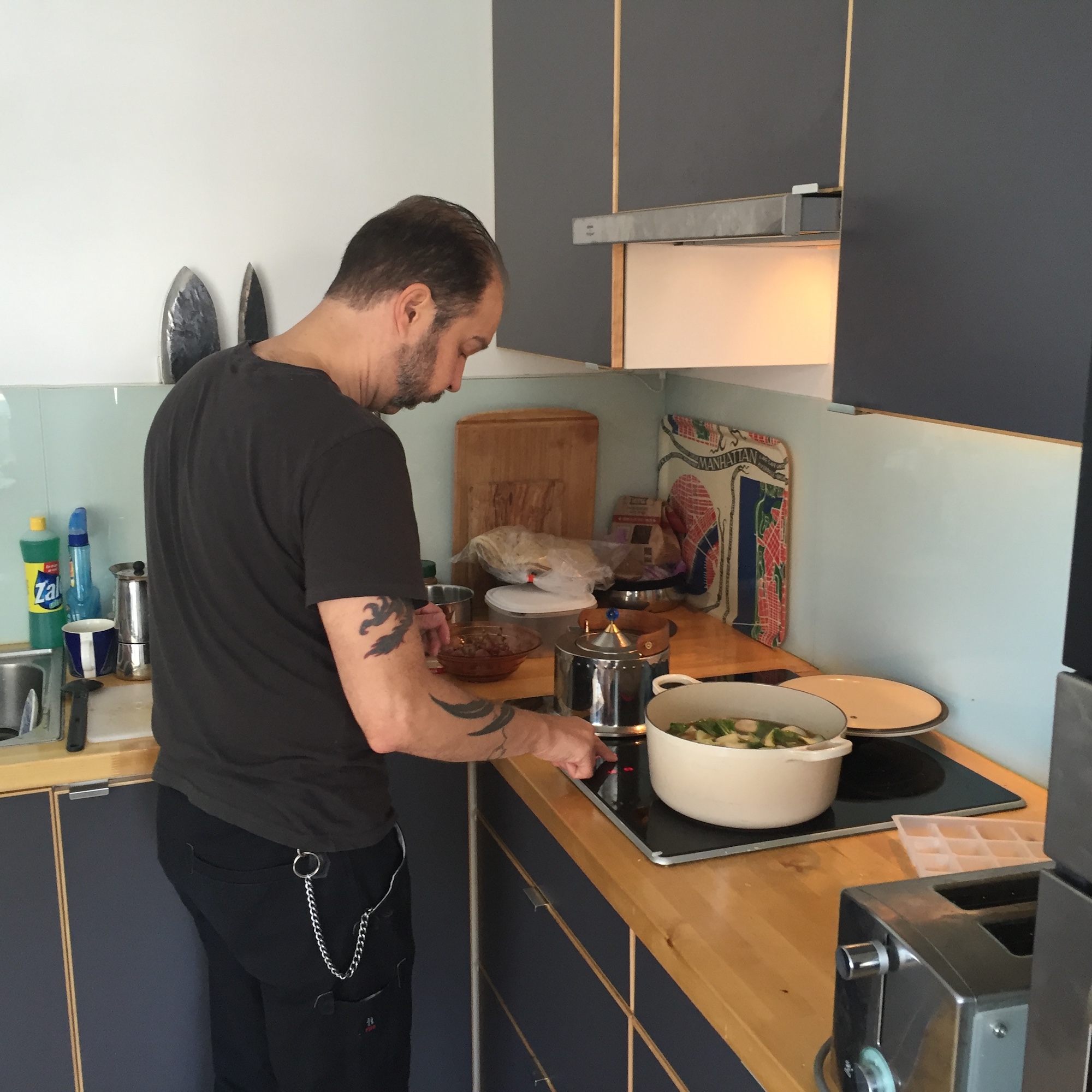 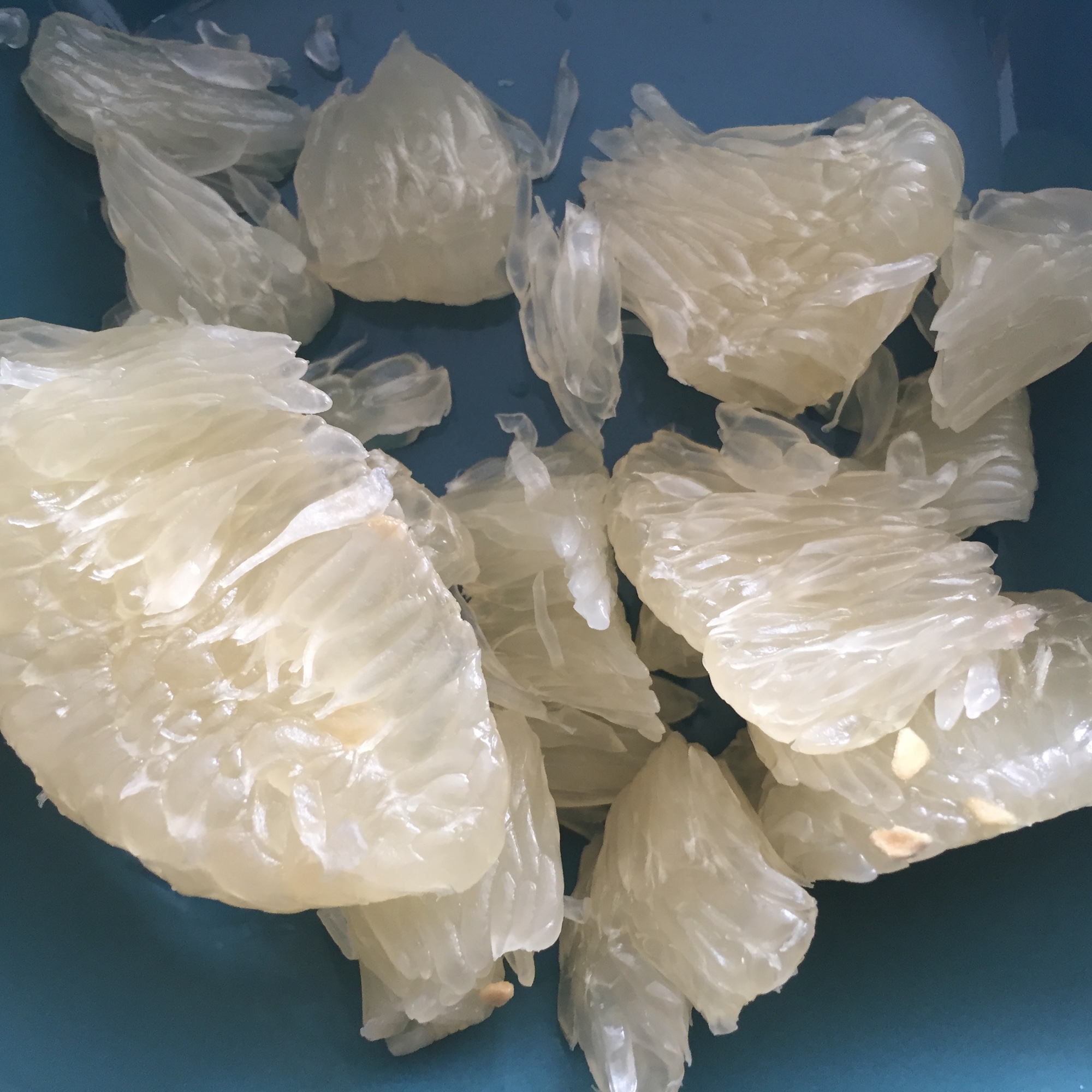 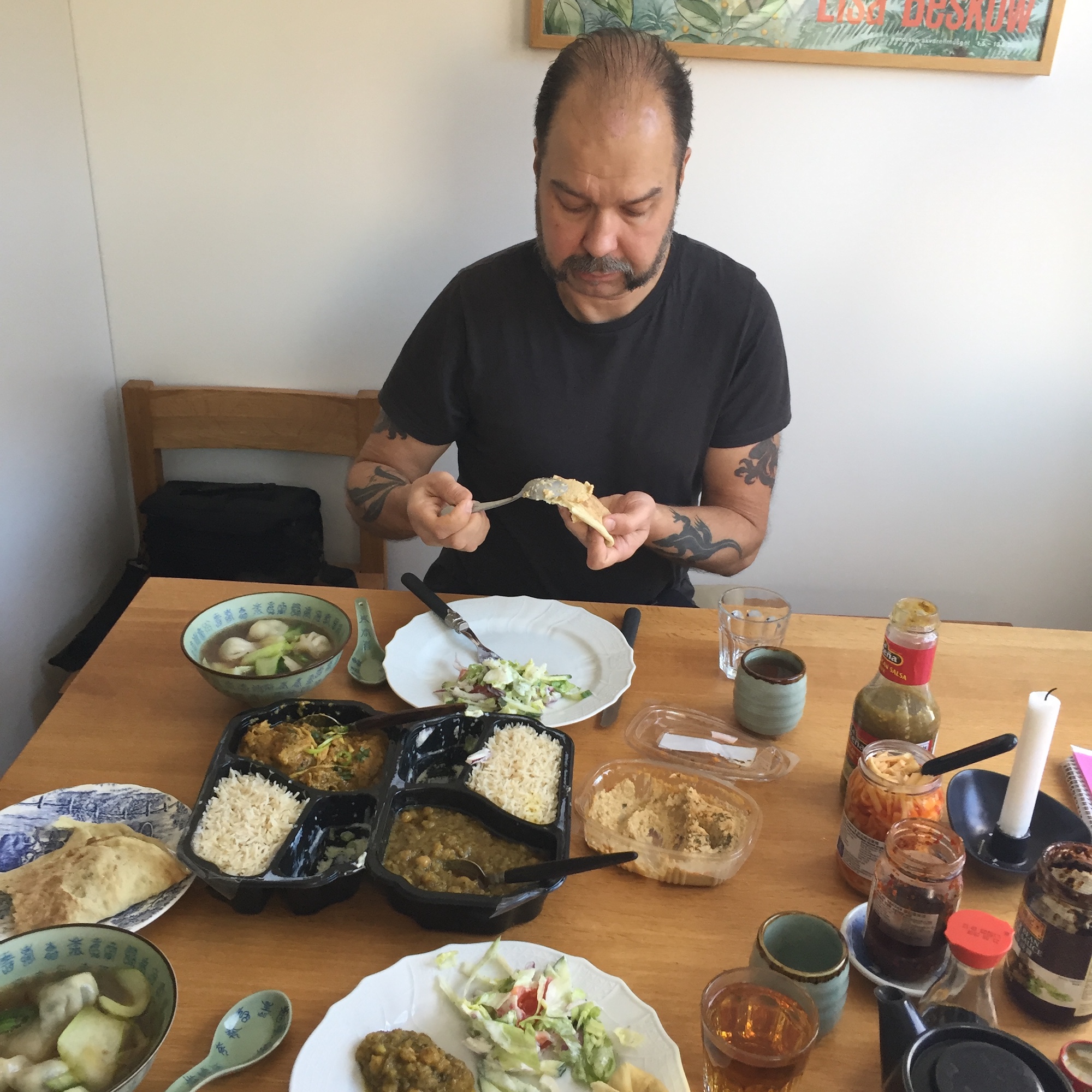 He was a great cook. We had these dinners with specific themes that covered the food and the music, like a rockabilly dinner where we'd listen to obscure American music from the '50s and '60s and eat (veggie) hamburgers. We also did a prog-rock dinner where the dish was (of course) edible exotic mushrooms and we watched live Emerson, Lake & Palmer videos, where Keith Emerson would stab the Hammond with an dagger.

I’m a big foodie; I have tried the most amazing and exotic foods on my travels around this great earth, and yet every time Mika cooked for us, there was something I have never seen or tasted before. Some exotic root vegetable he had found in a Chinese market that he prepared with honey and some special soy sauce. The weird thing was how casual he always was about it. It was not like he was trying to make a statement or show off how smart he was with food. It was just the reality he lived in.

There were great plans of what kind of projects I wanted to make with him inside my head. I told him half a sentence about it, but every time we met I wanted to talk about more casual things rather than show how much I wanted to make something together. The moments we met were fragile, intimate and special.
We ended up doing a remix of "Tears" from K-X-P's II album. I gave him the record and that was the track he picked. He'd work in his studio with analog gear, effects, and a digital recorder—no computer. Then he would burn the music on CD and listen to it on his living room. That's where I heard it for the first time. We talked about it and he said that he will rework it a bit.

A week later, he gave me a mastered CD. Later Mika also played and manipulated sounds on our "Psychic Hibernation" track. The Berlin era ended when I moved back to Helsinki and drove his moving truck to Oslo in August 2015. The pictures in this story were taken from Mika and Rikke [Lundgreen]'s apartment in Oslo while we ate some Pakistani takeaway with some extra dumpling soup Mika made. There was also some exotic pickles and high mountain oolong from far away. 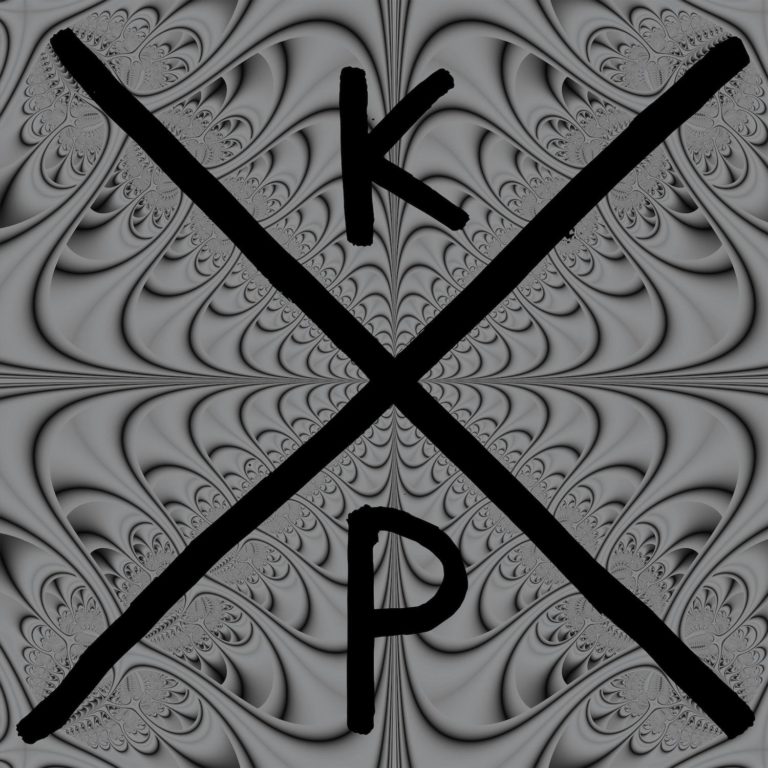 Our new remix record is an homage to Keith McIvor's Pi Recordings label and the Atomit 12'' that came out in 1995 and was the first Mika Vainio record I ever owned. We put fractals on the cover, as Optimo's remix flirts with psychedelic trance in a really cool way, but mainly because in this world and universe we live in, fractals are everywhere.

I never talked to Mika about fractals, but I’m sure he would have few books about them next to a vintage edition of Dante’s Divine Comedy and a limited edition Coil record. Their song "Broccoli" was the only record he played to me more than once on that epic home stereo soundsystem.

Wise words from the departing
Eat your greens, especially broccoli
And always say "thank you"
Especially for broccoli
A long-awaited limited vinyl reissue of K-X-P's debut LP is due out through Svart Records on June 29th along with the band's aforementioned remix 12''. Check out selections from their back catalogue below.