PRIMER: Max Richter On … Five of His Favorite Film Soundtracks 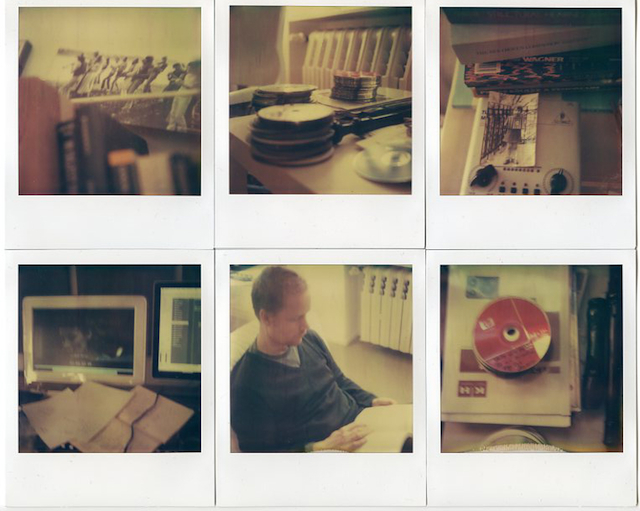 Between its Royal Ballet roots (see the video clip below) and Latin album title (Infra means “below” in everyone’s favorite dead language), Max Richter latest LP should go down like a fully-notated bottle of NyQuil. Instead, it’s as engrossing as his previous masterworks, from the “post-classical” pages of The Blue Notebook to his Scorsese-approved contributions to the Shutter Island soundtrack.

With that in mind, we asked Richter to discuss five film scores he revisits on the regular…

1. Harold and Maude (1971)
This is one of my favorite films because its theme is about how to find a way of living outside the mainstream. The score by Cat Stevens (mostly from the 1970 album Tea For The Tillerman) is great, too, and a wonderful fit with the images…

2. The Royal Tenenbaums (2001)
This is like an update on Harold and Maude–clearly inspired by it, and yet, it has a beauty of its own. The score by Mark Mothersburgh (of Devo) is a fantastically eccentric concoction of elements. The scene when they release the Hawk from the top of the building and “Hey Jude” plays is one of the greatest moments of film music in recent years. A friend of mine did the music editing and told me of the difficulties in clearing this. I’m so glad they managed it.

Andrei Rublev (1966)
This is one of the greatest films ever made. It’s mostly notable for its silences, which are extremely intense. The extended score sequence by Vychaslav Ovchinnikov (from the Icons sequence at the end) is just devastating.

Once Upon a Time In The West (1968)
One of Ennio Morricone’s best scores–a startling hybrid of perfect melody and all sorts of (then voguish) avant-garde-isms, fused together in a totally convincing way.

The Long Goodbye (1973)
I’m an unabashed [Roger] Altman fan and this has a brilliantly low key score by–surprisingly–John Williams. It basically plays the same theme throughout the whole film, but in a million different guises: supermarket muzak, cocktail piano tunes, etc. It’s the kind of concept which normally fails totally, but they somehow made it work.