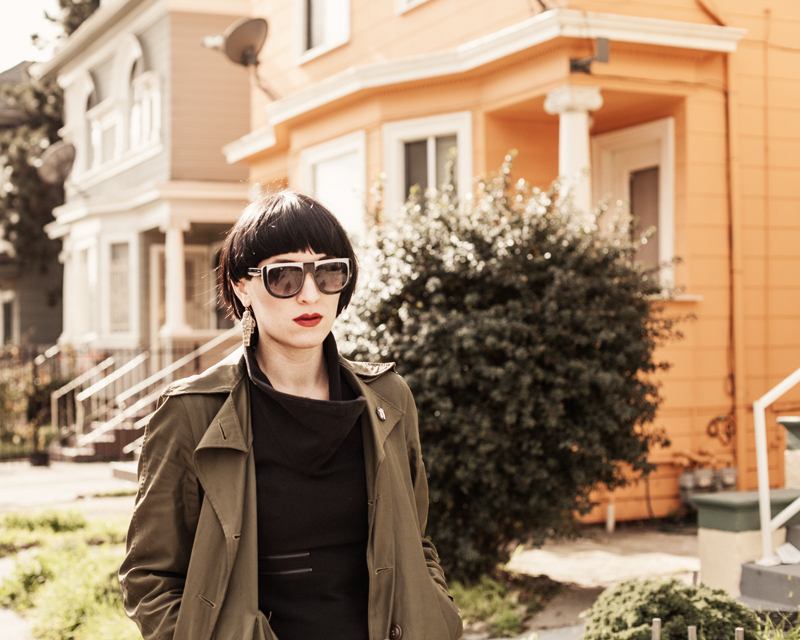 Daniel Ash has had more of an impact on me than any other single artist I can think of, probably due to the sheer vastness of his creative output and influence on the evolution of music. He is the multi-instrumental songwriting mastermind behind Bauhaus, Tones on Tail, Love & Rockets and several other side projects & solo recordings.

The first Daniel Ash related song I can recall hearing was “So Alive” by Love & Rockets. I remember jamming to it in the car with my mom when I was pretty young. Everybody has heard that song, right? That was their ‘hit’. If you can’t recall what it sounds like go Google it & then come back so you have a reference point. I’ll wait.

:Right? That song. So anyway. Daniel Ash’s discography covers such an incredibly broad spectrum of sound while always retaining a very specific THING that is immediately identifiable, to me, as the work of Daniel Ash. His music, attitude and style have influenced me so heavily over the years that I really ought to write him a personal letter of thanks. For now, I have taken this opportunity to demonstrate to the best of my ability why this person’s contributions to music are important & why I believe that everyone should have a serious listen. Just trust me… Ash’s contributions to tracks like “The Passion of Lovers” and “Kick In The Eye”  melt my mind to this day. Pure class. Pure sex. His instrumentation throughout the album is fairly straightforward and technically simple, but there is such a strong realized vision in regard to sound, texture and production that it continues to move and inspire me to this day regardless of the number of times I’ve listened to it. The inventiveness and wild abandon that went into his earliest work with Bauhaus is, for me, pretty much unrivaled to this day. I also love how Bauhaus (specifically, Ash) always shunned the “goth” tag and insisted on being referred to as “dark glam” whenever possible. That makes perfect sense to me. If Bowie and Bolan were to dance & fuck in a graveyard all night long, Bauhaus would be a very fitting soundtrack.

Recommended Track: “The Passion of Lovers” TWO MUST-HAVE RECORDS NOW THAT YOU HAVE THAT ONE
Tones on Tail, Pop (Beggars Banquet, 1984)
I couldn’t choose just one because there is simply too much ground to cover. I’ll keep it brief. Ash started Tones on Tail as a side project right before the actual death of Bauhaus. This is intelligent, hook-laden dance music for the twisted and the damned, filled to the brim with dark humor and eye winking. It’s almost as if he was suiting up for post band-breakup battle and saying to everyone, ‘Hey, if you weren’t aware of my genius before, here you go.’ I really don’t know what else to say about this record. It’s only one of the greatest ‘side project’ releases of all time. No big deal. He released several other Tones on Tail EPs and singles over the years with appearances by Kevin Haskins (Bauhaus drummer) and other friends but n’er another full length. This is a must have. Love & Rockets, Seventh Dream of Teenage Heaven (Beggars Banquet, 1985)
Daniel Ash started Love & Rockets with David J and Kevin Haskins after Bauhaus broke up and released this mother fucking masterpiece in 1985.  They went on to release many more fantastic records over the years to come (please listen to “It Could Be Sunshine” off of their second album Express) but THIS:THIS IS IT.

Recommended Track(s): “Haunted (When The Minutes Drag)” & “Dog-End of a Day Gone By” FOR SERIOUS FANS ONLY
Daniel Ash, Foolish Things Desire (Beggars Banquet, 1992)
Well this record is criminally underrated and overlooked. In true Daniel Ash fashion, Foolish Thing Desire is rich with texture, brilliant production and unexpected twists & turns. Yet somehow, he still manages to be fresh and inventive here. It is dripping with raw attitude and sex and still there is something so delicate and vulnerable about this record. Dig, if you will, a picture:  He is crooning alone on the floor in the corner of a dark room with his 12-string guitar & a damaged, broken heart. Swoon. Then all of the sudden he is leaning against the gimp cage in an underground sex club, chain smoking and watching the bodies writhe around him. He is soundtracking their grotesque movements with his hands and with his lips. I’m sweating.