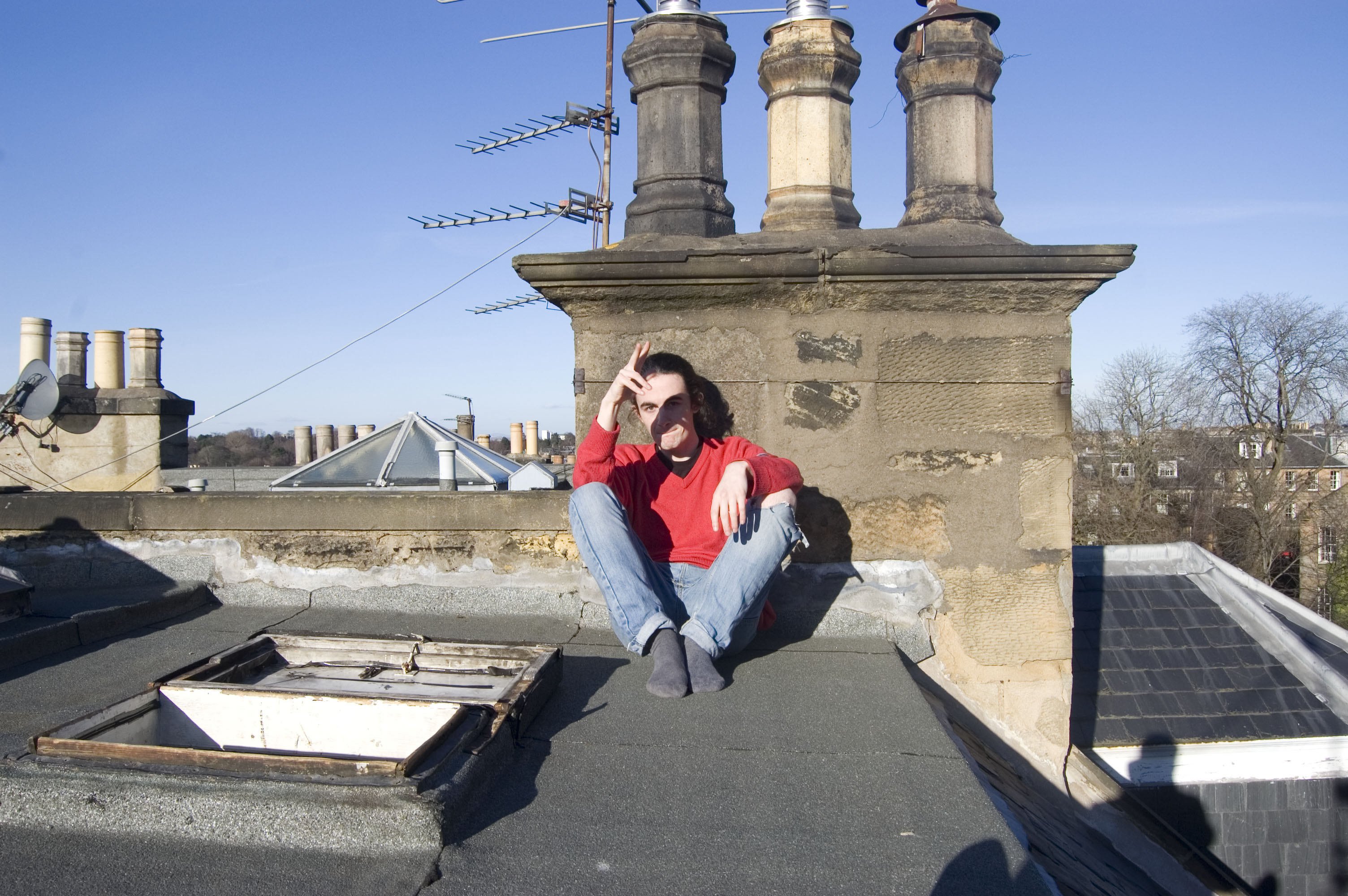 The way Joe Powers sees it, you can interpret the title of his debut album under the name Proc Fiskal a couple different ways: (1) "As a parallel to my music and insular church art like the Book of Kells, in that I misinterpreted or was cut off and isolated from the holy message (grime) and how it was being handled (London), and made my own thing out of it." Or (2) "the insula is a part of the brain which handles sensory perception and memory or something. [I'm] pretty sure it's involved in sensory cues like smells or things that affect music, like addiction."

Whatever the case may be, it's an LP worth unpacking, alluding to everything from Wiley to the Marx Brothers, and marching to the tune of a different ring tone. In the following exclusive, we're streaming Insula (now available on Hyperdub) in full alongside Powers' frank track-by-track breakdown....

"RESTART"
"Restart" as in, like, "rebirth"; I have a lot of pre-life dreams. It's made from various 'alien broadcast interruptions', like this one:
There's also a broadcast interruption from 2010 ("something wondering is going to happen"), but the message Dave's sending is about the rebirth of Europa. I egotistically liked the idea of saying that my album was a message from somewhere else. There's various other hints of grime; a bitta Edinburgh reference to set the scene; a bit of phone noise to allude to communication; and a Polish guy at the end who I accidentally called.

"APPLE JUICE"
Tune's called "Apple Juice" because I have a vivid memory of being around 4, shopping with my parents, and staring at a carton of Tesco apple juice—totally focusing on the picture of the apples it had on it, which were in this weird green space and struck me as a really idyllic place to live. Apple juice also has a parallel to cider, which is one of the first things I used to drink in school. There's two voices in this: a robot male voice going "okay," which is gradually joined by a female one. They link up in a kind of apathetic way, eventually having some sort of AI love at the end. There's also a blending of real birdsong with beeps and phone noise, which is me trying to create a blur between what's real.

"KONTINUANCE"
I saw this written on some '92 hardcore tune by this person talking about his dead wife and the rave scene in all caps. In a strange, prophetic-sounding way, he'd written all his c's as k's and how it was all leading somewhere that "Mia" would have loved. The song is also my idea of continuation and dedication to the sort of ecstatic positive grime I love. Made out of a lot of MSN and Triton sounds. At the end, there's also me and Creep Woland driving around London, listening to all these pirate radio stations and loving it. Was beautiful to hear "We Are IE" at like 11 o'clock in the morning.

"2L"
"2L" is named after the denomination of cider I used to drink with my friends in our fourth year of patch school; you would pay £2.39 for 2 liters of 8-percent cider. The energetic drums and positivity of the tune reminded me of that freedom I would feel leaving school, but the sad aspect is sort of the hollowness of that maybe. Once again, nothing was intentional; it just feels that way listening back. There's a lot of references to alcohol in the album; this is probably my alcohol and coffee record. With this tune and a few others, I was also trying to make drums that sound like how MCs move; a lot of them dance in double time while spitting in an angular way. In lieu of an MC, you talk with drums.

"ACHILTIBUIE"
Achiltibuie is the village my granny lived in up in the Scottish highlands. I used to go up there a lot as a kid. The highlands are beautiful and empty and you get a sense of the scale of things; I get a kind of religious vibe up there. I improvised this song live on a Casio, and recorded it right onto my phone. It was around New Years Day, after hearing about a death in the family and having a bad New Year in general. Just to juxtapose this, I put in a phone recording of a drunk girl [walking] up to my mate and I at around 1 in the afternoon. We were sitting outside a pub and she punched him in the face for nothing. I managed to record the sound of it. Me saying "I'm making a tune out of that" at the end was sort of my attitude in making the album.

"SCOTCH PRECOG"
Could mean a few things.... Sort of a piss take of a legitimate feeling I've had—a lot of déjà vu, where it feels like I'm experiencing something I dreamt about ages ago. Precognition is also a term in Scots Law; that the procurator fiscal has to legitimize premeditation. Or something. This is also mainly made out phone noises, which feature a lot in the album. It's because phone sounds resonate with me; they give off the idea of communication and tie in with the theme of this music being like a signal/message from something. Kode9 also said to me once about how phone noises are like birdsong for the city, which seems apt. 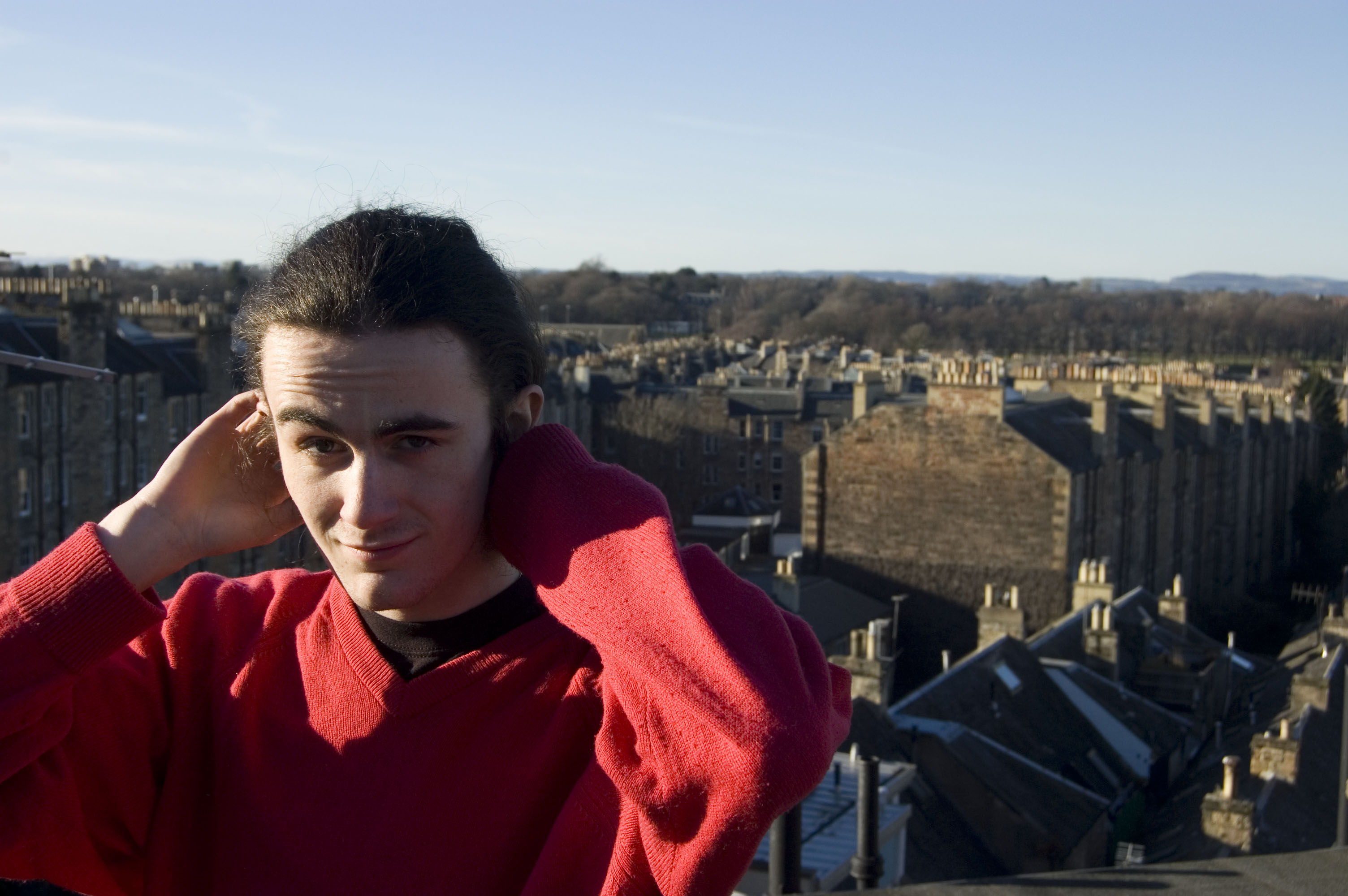 "PINTS"
A tune made out of the Facebook phone notification noise, some 808s, and a lil piano. Has two clips of my friends; one is us talking about AI and how they couldnt replace chefs or something. When I called the tune "Pints," I got a bit welled up because of the joy and romantic notion of pints as freedom. It's kind of a dumb sentiment, but I like the idea of trying to make something as normal as pints a poetic thing

"DOPAMINE"
This song has quite an innocent, joyful thing happening. Probably the most DJ friendly tune on the album, while still being very melody based. In debt a bit to folks like Danny Weed and Wiley, but I reckon the melodic bits are more 16-bit, SNES-inspired. Dopamine is also the thing we're all chasing in a vain, individualist daze on phones.

"PUNISHMENT EXERCISE"
Named after the punishment teachers in my school would hand out; you'd have to copy a paragraph five or so times. I got in trouble a lot in school, so I'd have fun with the paragraph and like put letters upside down and use dumb grammar, like too many semicolons. I kind of tried to make this song sound what it feels like to get jumped; I dunno if that worked, but the album needed a bit of darkness amongst all the ecstatic, melancholy joy. Samples a few games and the Peter Cushing film At the Earth's Core.

"DISH WASHING"
I've worked as a kitchen porter a lot, and washing dishes is this weird miserable/disgusting but meditative thing. Timeline wise, this is me after having left high school and starting shite work. The song is like a pop tune in my head; it follows a verse/chorus/verse/chorus/outro format. It's also the last tune I finished; I had left the live set unfinished for nigh on a year. Kode9 liked the demo I sent, which spurred me on a bit. It's kinda got a jazz key change at the end.

"VAUDEVILLE"
Vaudeville cause I love all that old-time, tap-dancing Marx Brothers stuff and sampled a bunch of it in the drums, amongst fighting game noises. Also vaudeville as in acting/performing—playing to the crowd.

"FUTURE HEADACHE"
Tied to that futuristic idea of déjà vu, as if it were received in a headache. All the samples of my friends answering the phone (answering the message) are real; most of them don't even know they're on it.

"HOAX NOS TRINIT"
Not a reference to Nos canisters; I don't fuck with that. It's more like a Satanic incantation. I went to Trinity Academy as well. "Hoax Nos" as in Nostradamus and end of the world prophecies, which I used to be into when I was 14-16. Also a pop tune to me, musically; it finishes with a feedback solo and probably me having sex with the devil or something.

"EVIL SPIRITS"
The title is linked to a Robert Johnson sample. It's also a reference to devilish spirits in Japanese games like Legend Of the Mystical Ninja. The melody made me think of it. I thought of this song as like a 16-bit Neptunes beat.

"A LIKE YE"
A vocal sample insisting that it only likes you, eventually breaking down in the middle and admitting it loves you, only to go back to liking. Pretty sure I sampled the main melodic noise out of a reversed Tomb Raider sound effect. There's a Marvin Gaye sample hidden in there as well.

"MOURN NON DID"
I wanted the album to end on emotions of regret/melancholy, mixed with something that mocks that sentiment. "You've got to be joking!" is sampled from Through the Dragon's Eye, a kids show I saw in primary school that kinda haunted me. I feel it spelt out my actual intentions. 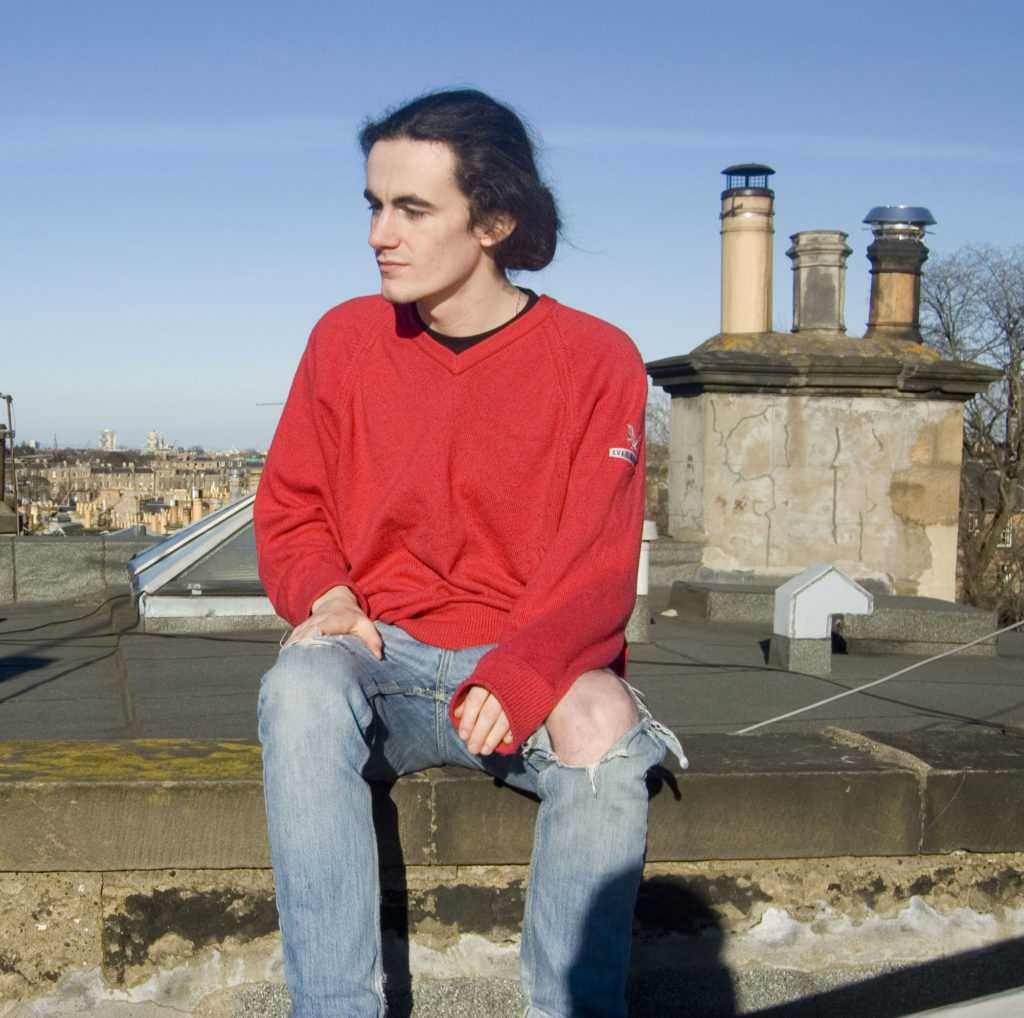