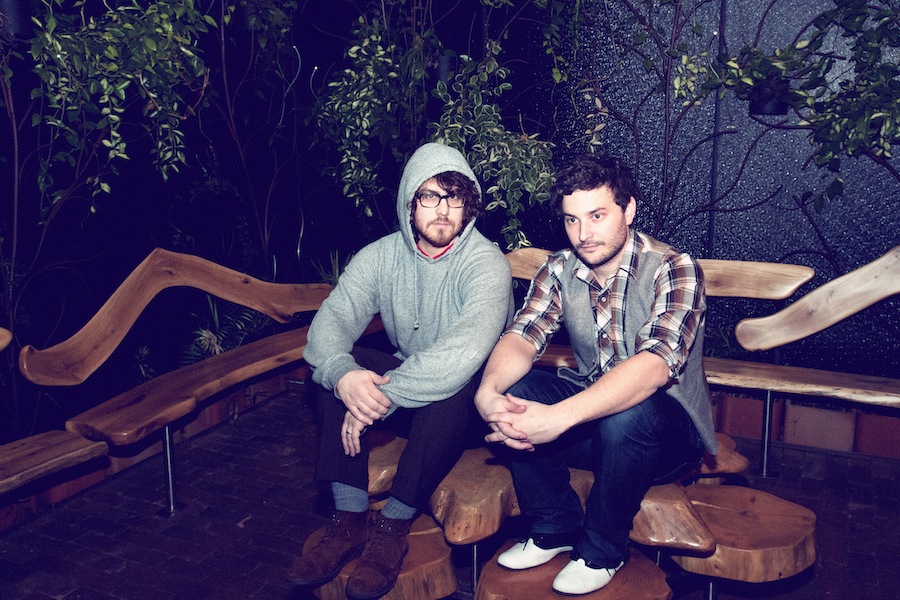 Recording Under the Influence is a recurring self-titled feature where we ask artists to ignore their most obvious musical inspirations for a minute and share what really went into the making of a particular record. Up to bat this week: Joshua Epstein of Dale Earnhardt Jr. Jr., the twisted pop duo who just helped deliver their debut album (It’s a Corporate World) on Quite Scientific…

2. Li-Young Lee, Persimmons
Ever since I first read this poem, it has held an intense power over me. I cannot even think of it without being overwhelmed by it. The simple lines and implications it so delicately lays out, and the raw emotive imagery, have been a constant dangling carrot for me. I began reading it again right as we were recording.

3. Teenage Magazines
It’s hard not to notice the flashing headlines of teenage magazines as you go through the checkout of any drug/grocery store. Some of the headlines are so outrageous that I began to think what would happen if we all believed in what they stated. I think the “How To Please Your Man” and “How To Look Sexy In…” titles are really a reflection of where we are as a culture and where we put our focus–especially youth.

4. Andy Warhol
One of my first ever memories is of being a two year old and sitting on my mother’s shoulders watching Andy Warhol speak in the Detroit Public Library. As I went through my educational career, I was always drawn to his use of repetition and pop iconography to make people discuss what makes art art.

5. Jesus/Walt Whitman
I am enthralled by the luminous figure of the Nazarene. – Einstein
Walt Whitman’s visit to hospitals during the Civil War shows a confidence that artists rarely possess. He knew he had something powerful to share with the wounded soldiers that would be more healing than any medicine a doctor could prescribe.