RECORDING UNDER THE INFLUENCE: Disappears 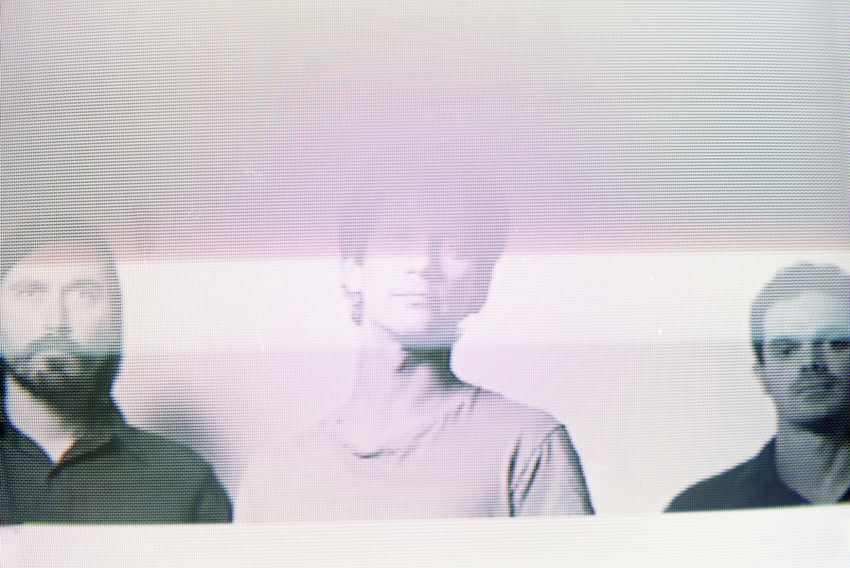 Recording Under the Influence is a recurring self-titled feature where we ask artists to ignore their musical inspirations for a minute and share what really went into the making of a particular record. Our first installment of 2011 comes from Disappears frontman Brian Case, whose also done time in the Ponys and 90 Day Men. Here, he tries to make sense of the murky rock ‘n’ roll journey that is Guider… Aleksander Rodchenko
An avant-garde Russian artist best known for his propaganda posters, Rodchenko’s really a minimalist at heart. If you can get past the communist rhetoric, his work is simple, intellectual and abstract. It’s a lot of the same things Disappears try to do musically. His Construction series is a big influence on our cover art and music.

Atlas Shrugged, By Ayn Rand
I definitely don’t agree with everything Ayn Rand preaches but, Atlas Shrugged adds enough soap opera drama to make her ideas less ham-fisted than usual. I’m a sucker for dystopian lit as it is; add in the fact that all the artists and thinkers go on strike and hide out in the woods as the world falls apart and I’m sold. It’s easy to get caught up in her ego and conflicting ideas but at the heart of her novels (or Objectivism really) is this idea that you set the rules for how you live. Besides, the flower arrangement at her funeral was a six-foot dollar sign–that’s pretty punk!

Unit Editions
Unit Editions is a small publishing house run by designers for designers. They’ve got great taste and are always impressing me with their focus–a whole magazine devoted to Folkways album covers, or the long gone design magazine Form? I’m in. Design is the only thing that interests me as much as music. I was really happy to stumble upon these guys. (www.uniteditions.com)

Amy and Asher
I’m including my wife and son on this list as they have an obvious influence over the decisions I make. But, more in relation to Disappears, they’ve helped me communicate ideas better. As anyone with a kid will tell you, having to explain things–everything and anything most days–to someone with extremely limited reference points greatly improves the way you communicate in the world. I credit them very much with the simple, direct way we try and present ideas in this band.

Ladies and Gentlemen, The Fabulous Stains
This movie becomes more pertinent everyday, I’m always so happy to share it with someone new.