Eluvium On… Warped Memories, His Book Addiction and the Bearable Lightness of Being 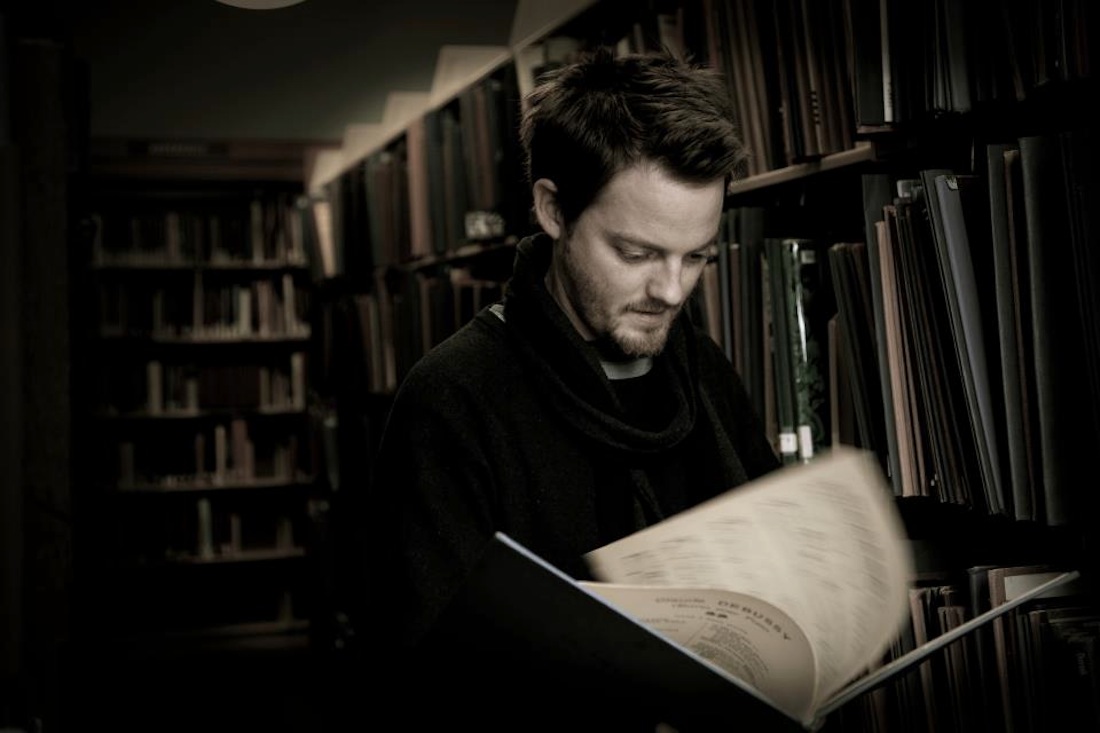 Recording Under the Influence is a recurring self-titled feature where we ask artists to ignore their musical inspirations for a minute and share what really went into the making of a particular record. Eluvium’s always been one of our favorite ambient artists, so we were as surprised as anyone to hear Matthew Cooper actually sing on his new Similes album. Well, sing his way. Meaning: barely-there melodies, swept up in the currents of Coopers minor-keyed soundscapes like any other instrument. Books
Reading is a giant influence on my creative process–not just from an emotional standpoint, but also when the time comes for titles and a better understanding of what I was exactly up to when creating an album. I don’t know if I’ve ever taken direct influences from characters or story lines in literature so much as simply found inspiration in lines of text.

Although I have a rather dangerous book purchasing habit, I tend to read quite slowly. Every time I come across a good passage, it seems that everything slips away, and I soon realize I’ve been staring into space for a while. It is in these moments that variations on the words I’ve read create and recreate themselves…or themes will begin to crop up. Usually my end thoughts are nowhere near what originally inspired them. Nonetheless, I would not be there without the written word. Nature
Nature expresses itself in so many ways. I am completely and utterly confounded by its beauty, from the oddity of humans to the vastness of the universe and beyond–the forms and functions of an ever-evolving world. I don’t see this wellspring drying up anytime soon. Memory
Memories often help me create. Not so much a specific memory of something sad or happy or weird or beautiful; more the concept of memory itself, and our ability to retain and warp images, and all of the feelings that can come from this. Memories, like thinking about the future, can sometimes be a nice blanket. Or perhaps like staring out a window–your mind scattered into random events and pictures. My Wife
My wife, artist Jeannie Paske, has been a giant influence since the day we met. I have known her since before Eluvium officially existed. She has believed in me without reserve, and has always helped me follow my instincts. I cannot imagine where I would be without her–not to mention her original style and massive creative work in the art world. Having her painting in the house has helped fill my life with positive energy and the fuel to continue creating.

Previous COVER FLOW: In Case You’re Wondering, the Crude Oil On Zola Jesus’ Face Is Chocolate Syrup
Next NOW PLAYING: Zelienople, ‘Give It Up’ (Type, 2009)