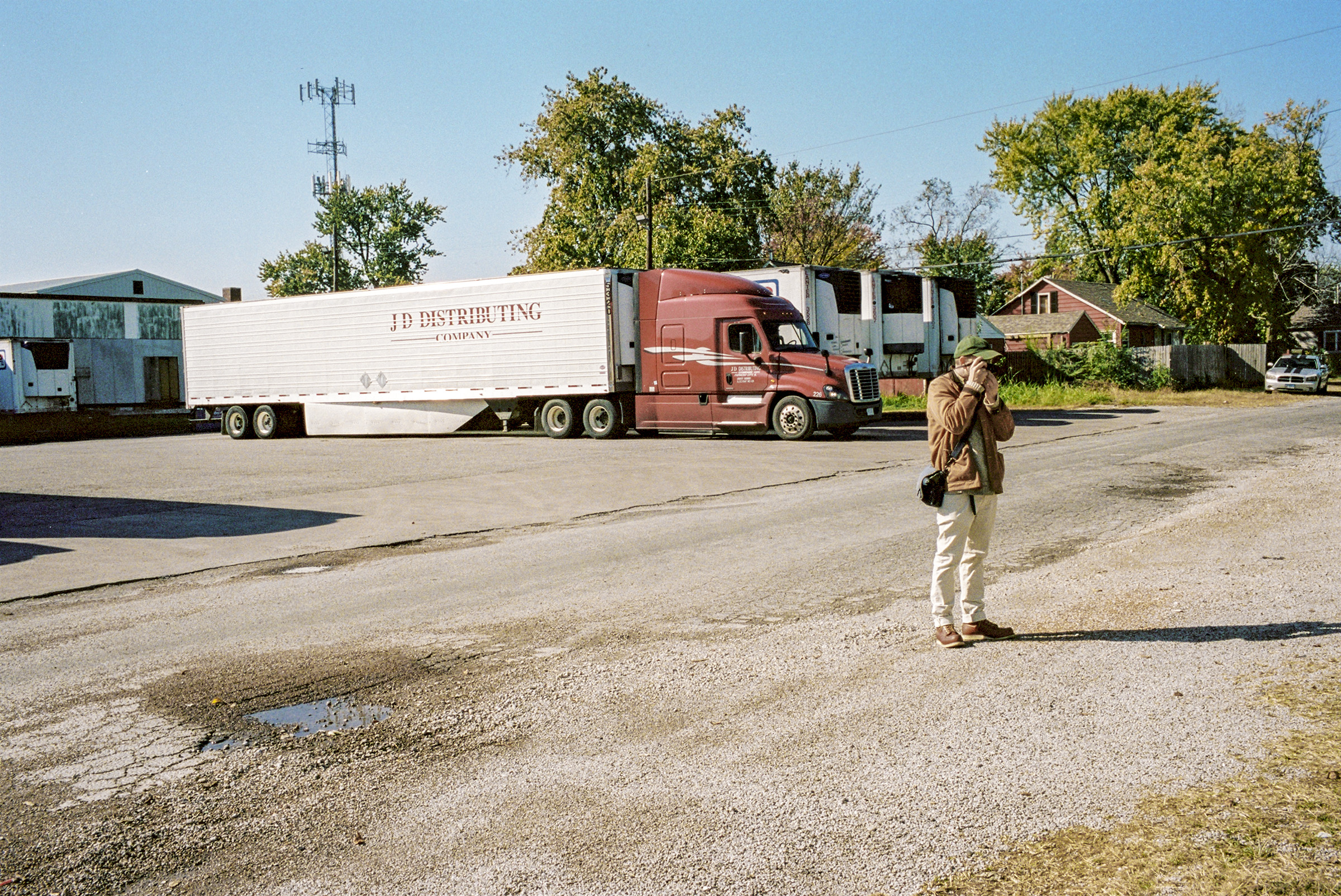 The first thing that struck us about Sam Prekop's new solo album (Comma, now available on Thrill Jockey) wasn't the songs themselves. Before we even heard a note of the LP's synth-laced, beat-spliced instrumentals, we were drawn towards its stark record sleeve.

Built around a clean, minimalist typeface; a cold, gray border; and a lonely bird perched atop a lamppost, it says a lot with very little. Namely that the music within is probably a cooling / calming form of electronic music — the Sea and Cake frontman on a solo voyage across sun-dappled skies and vast, wide open vistas.

Yeah, that sounds about right. To help us make sense of the visual and sonic cues on Comma, we asked Prekop to share the stories behind each of its songs, along with an apropos print taken by the long-time photographer.... 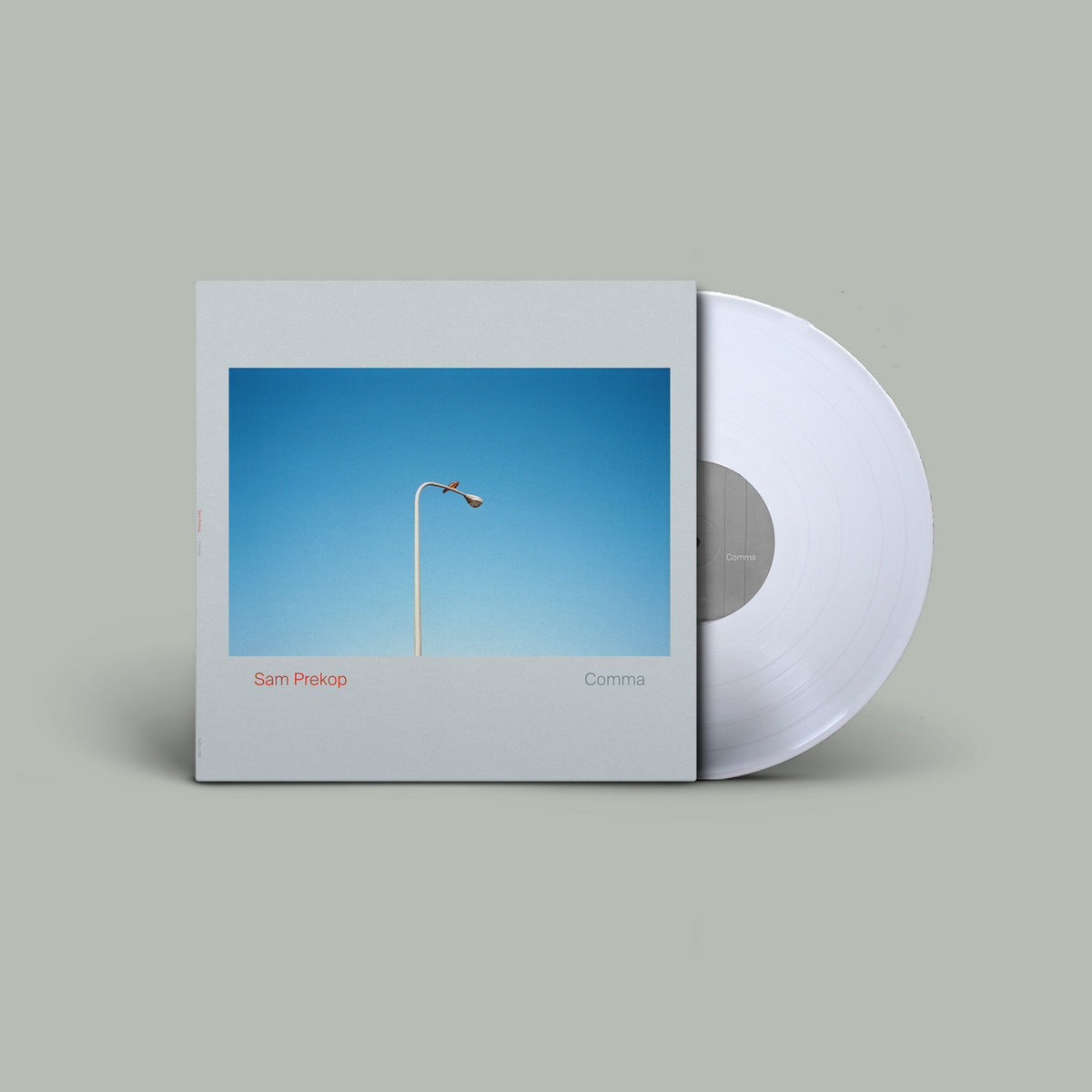 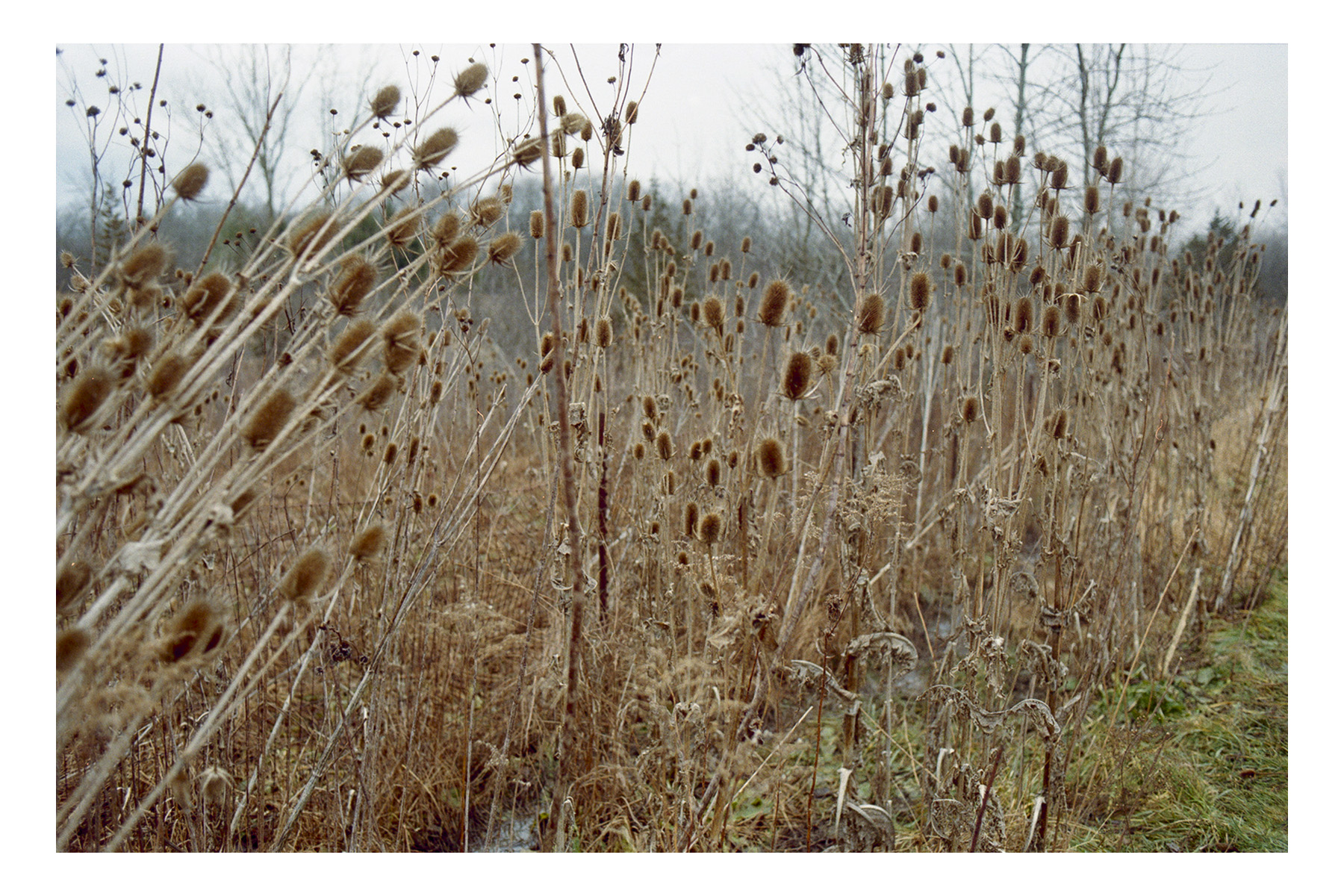 ''PARK LINE''
This piece exists in a sort of 'travelogue' form; it starts in a distinct place and ends somewhere decidedly different. There are three movements that melt from one section to another, and the threads that remain barely form a continuum. The sort of synthetic, percussive tone throughout is a reminder of what's passed — an example of my 'utility drums' concept.

In the second section, the primary voice is what I’d consider a lazy acid bass line executed on a classic synth — the Roland SH101 — and emerging from a generative chordal exercise.

The photo here, for me, reflects the palette of the music: kind of autumnal, a bit bleak and rich. This also may have actually been taken along some railroad tracks. 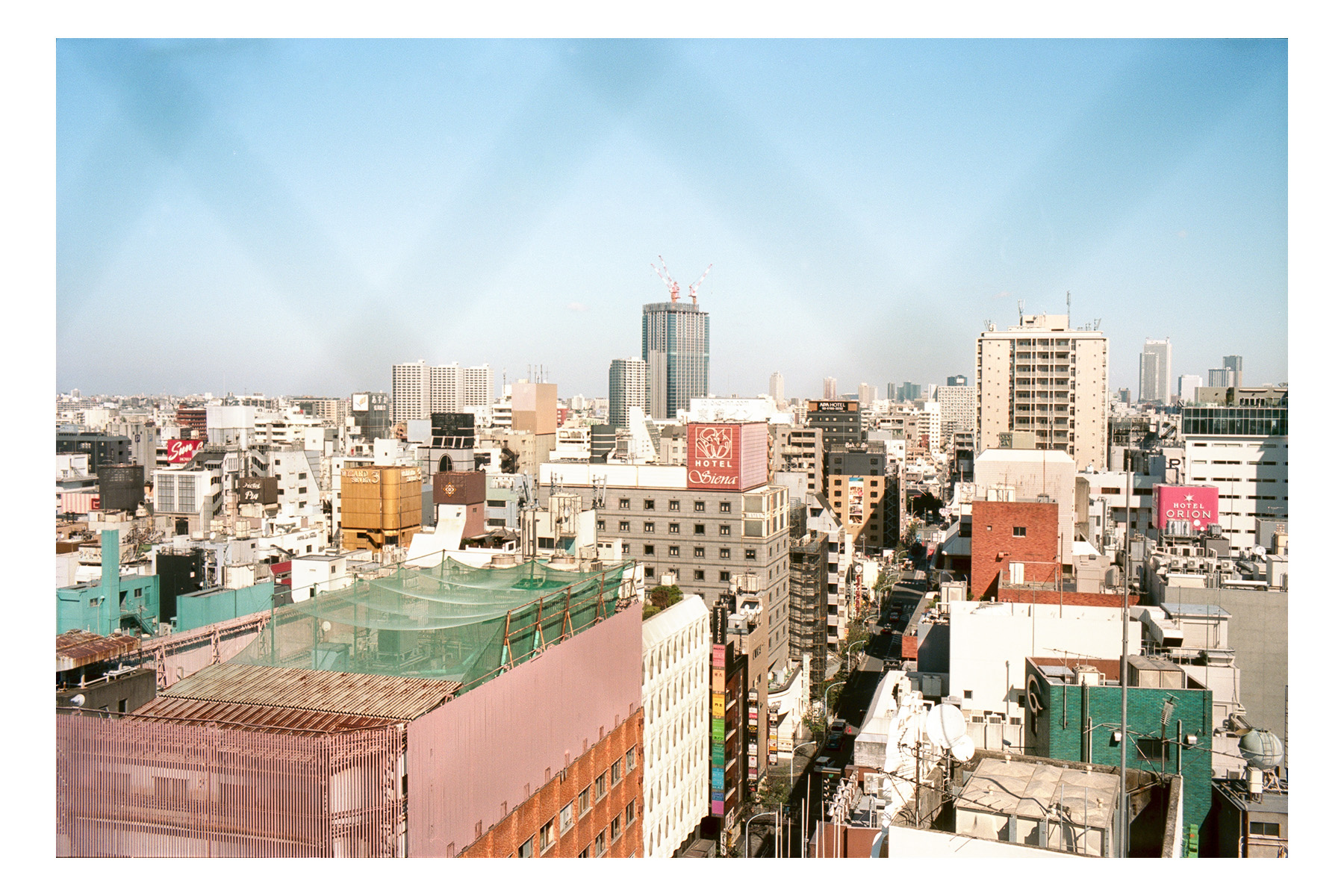 The photo is from Tokyo a couple of years back. I feel like Japan was a heavy presence on this record. The atmosphere is hot and humid — a 'summer place' for sure. 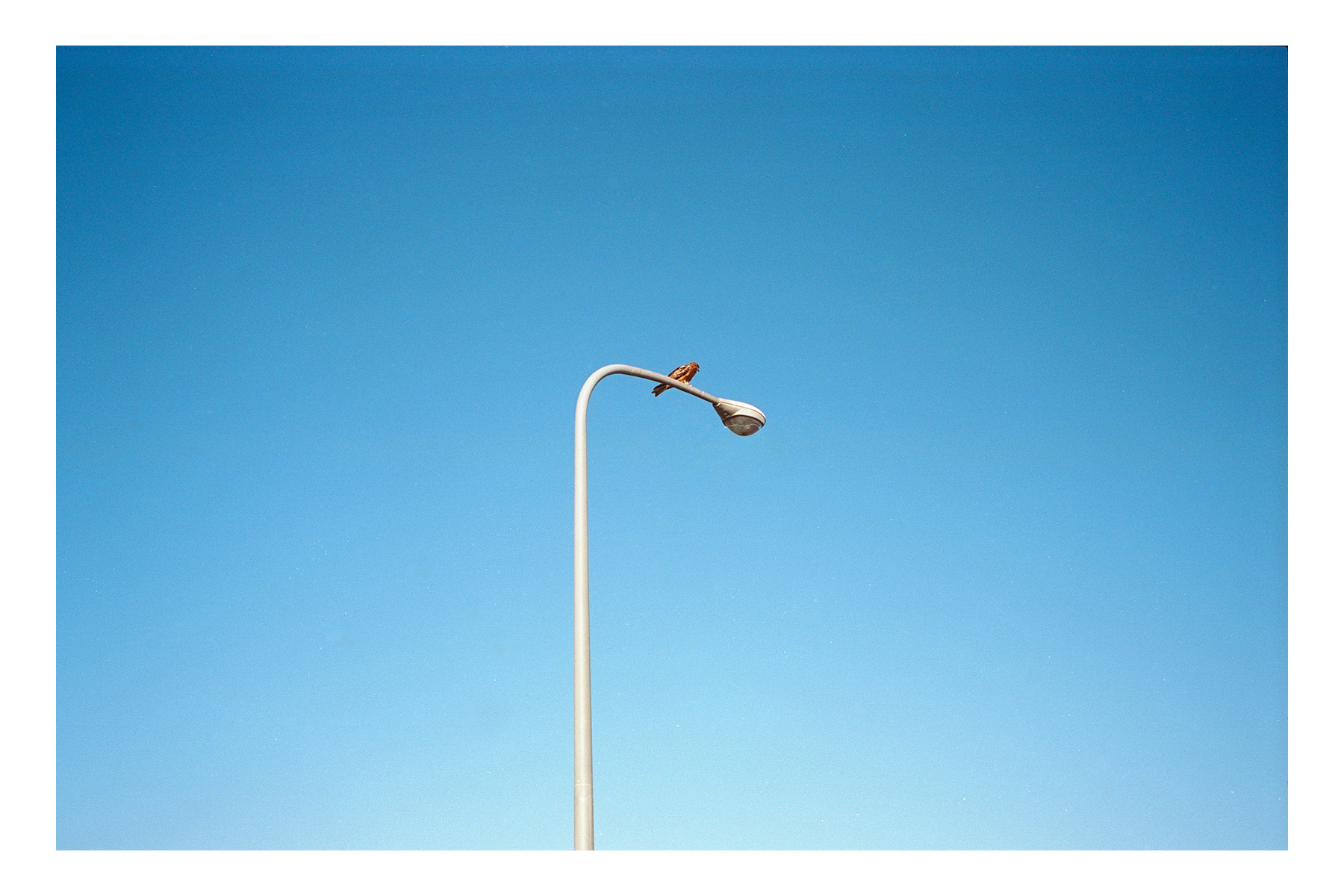 ''Comma''
"Comma" was the last piece finished. I feel like it filled something that missing from the record. It’s relatively short and upfront with a prominent noise element that is integral to the basic elements of the piece.

The photo here, which is also the cover, is another one from Japan. It clearly captured and illustrated a fleeting moment — something that won’t occur exactly this way again, which seems to me a basic tenet of photography. 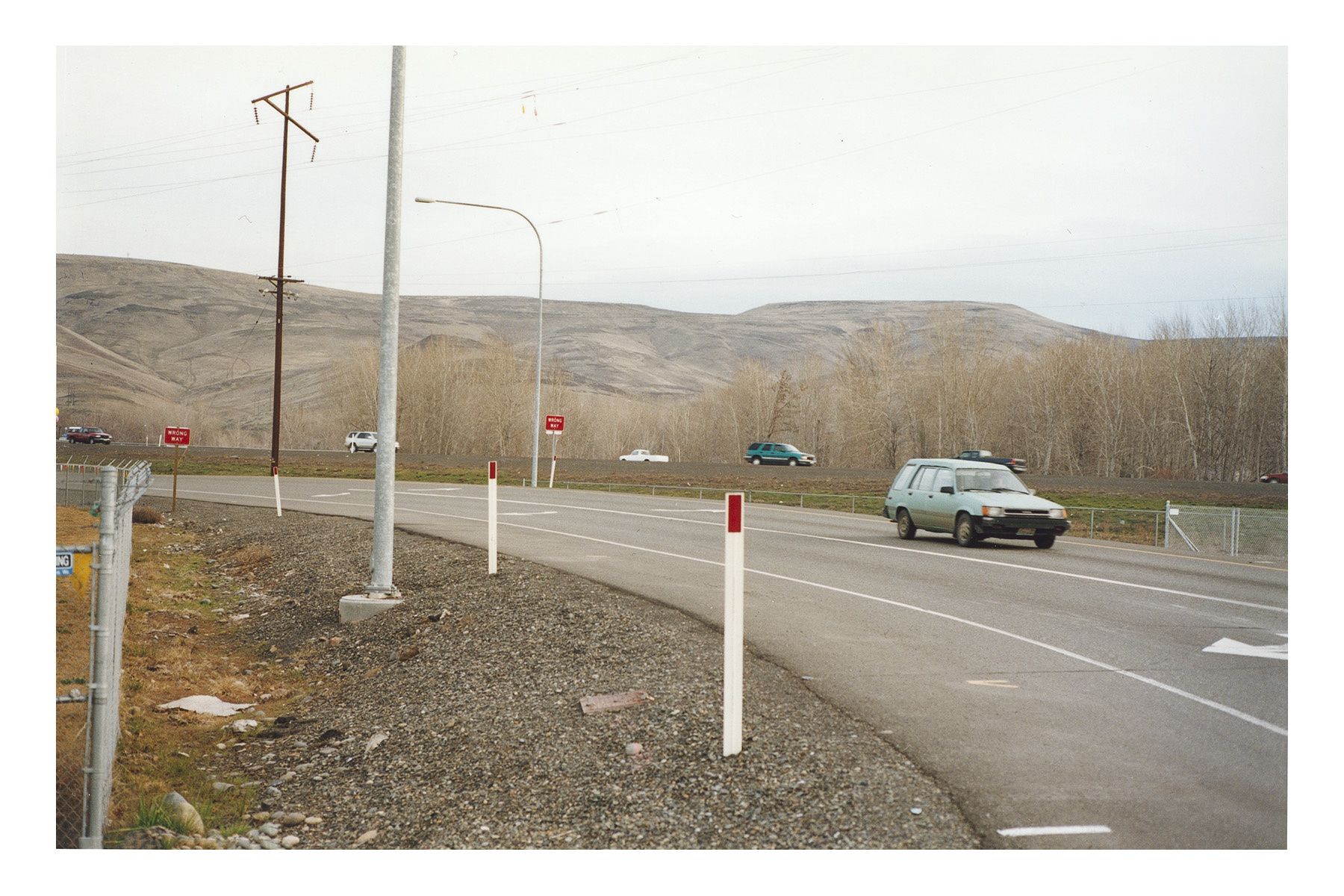 ''SEPTEMBER REMEMBER''
The main body of "September Remember" is a real time performance of digital synth chords, sampled and processed via the modular. The distressed quality is the result of a low bit resampling delay that is always on the verge of collapse, I felt this lent a 'real' fragility to the performance and sound. The refrain at the end is a sequence advanced by hand for an Arp Odyssey synthesizer.

This photo was shot in Oregon, while on tour, not sure when. One of my favorite strategies is to try and make photos from a moving car, they don’t usually quite work out! But occasionally a sort of random do-what-you-can logic and mystery emerge. My favorite photos usually involve something along these lines. 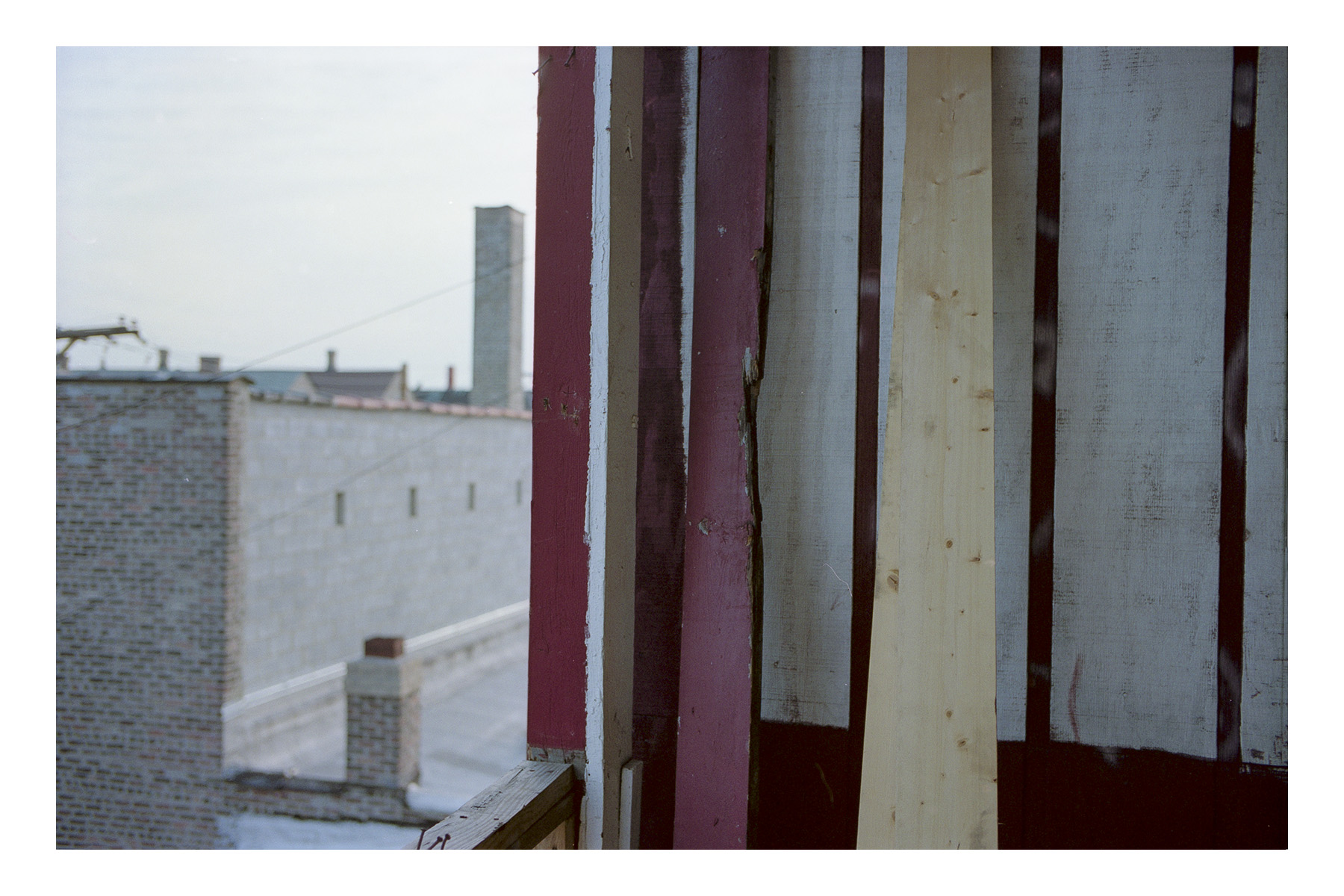 ''THE NEW LAST''
This piece could have been a Sea and Cake song. It’s a fairly intricate arrangement with a song-like structure.

I was interested in having several 'sound events' that occur only once; the out-of-nowhere clap, for instance, and the sweeping noisy screech soon after.

This photo is from my back porch in Chicago. I’ve always felt an interesting photo can be made anywhere. Well that’s what I’m hoping for here! The cool-toned palette felt analogous to "The New Last." 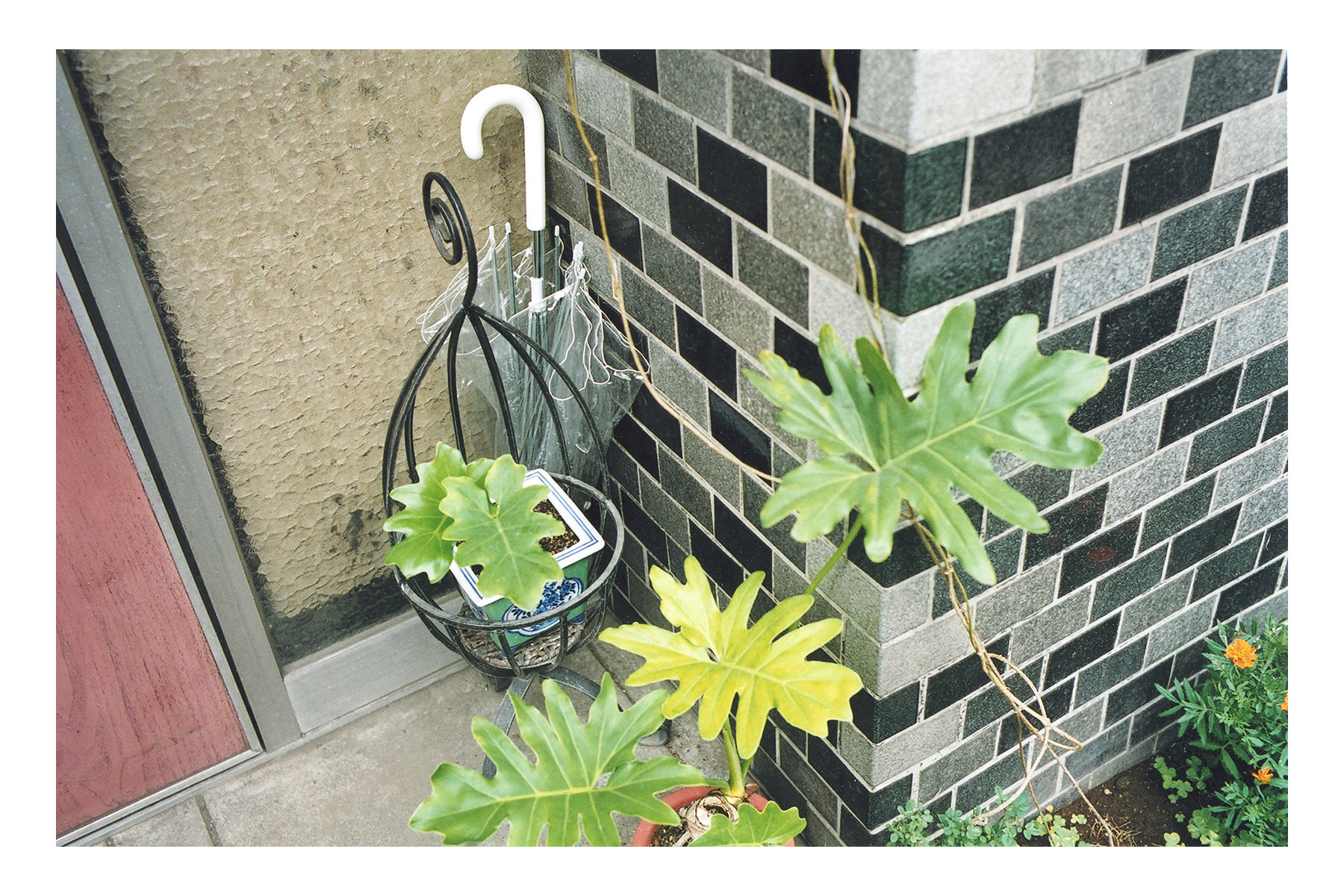 ''APPROACHING''
This was the first piece that made me feel like I was finally on my way to making a new record. My process involves a lot of working with my studio/synth set up that doesn’t necessarily end up becoming anything, but I’m always on the look out for glimmers of direction, pointing out a way to go.

So, for me, "Approaching" is the key track that led to all of the others on Comma.

This is another photo from Tokyo. A lot of the time I feel like my real subject with photography is color and I’m most drawn to odd and not obviously 'beautiful' color. This sort of incongruous beauty is all over Japan and it’s my favorite place to take pictures. 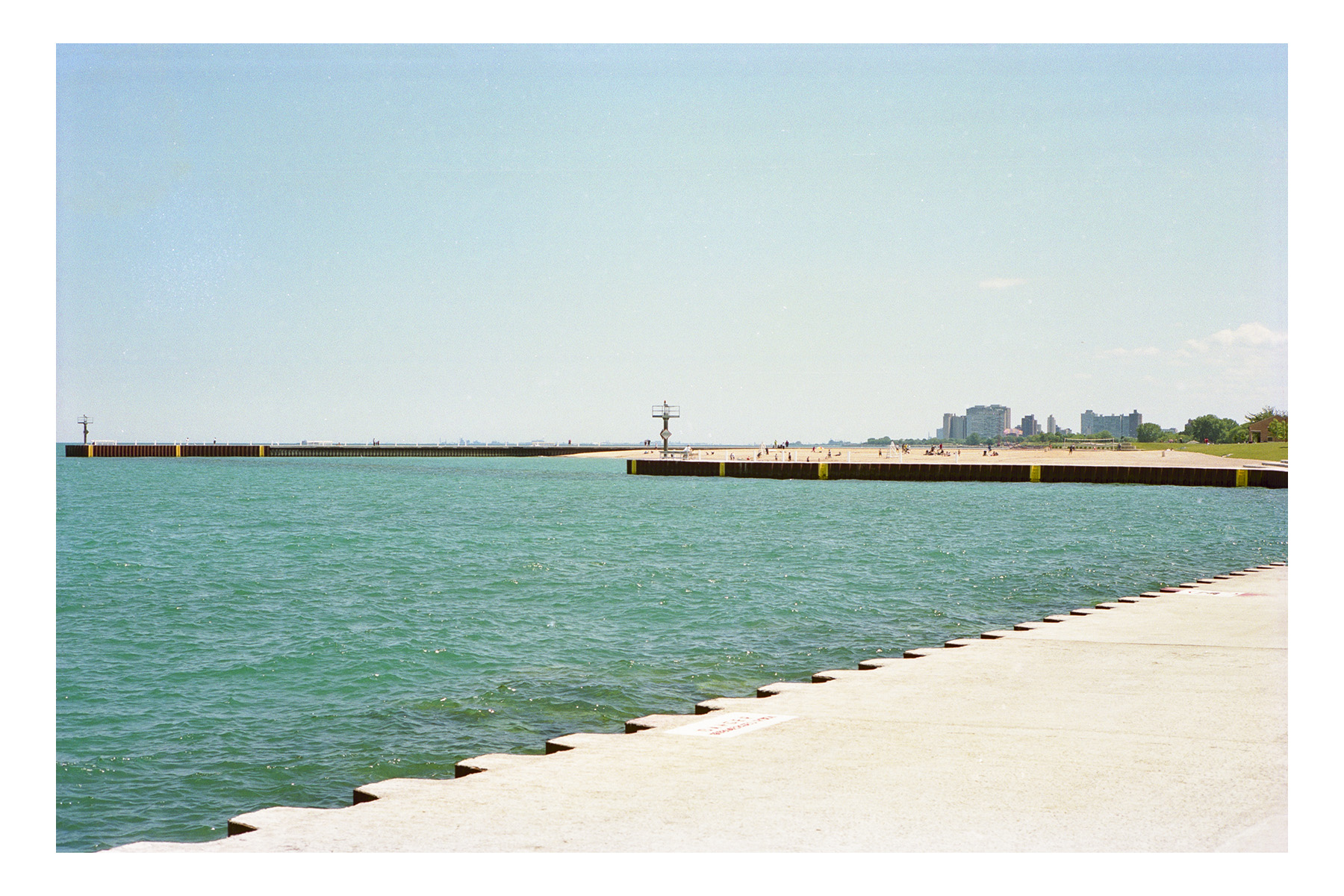 ''CIRCLE LINE''
There's a nod in this piece to my interest in 'free improvising', which may not be obvious. The parts that might sound a bit like an autoharp are actually sort of gestural open playing on my Roland Juno 106, which is also heard as the fast-filtered chordal sequence that runs through the piece.

The photo here is from Chicago’s lakefront, which is an intense intersection of nature and the built environment. I feel like this image doesn’t play favorites one way or another, but just points to what it was on this day. 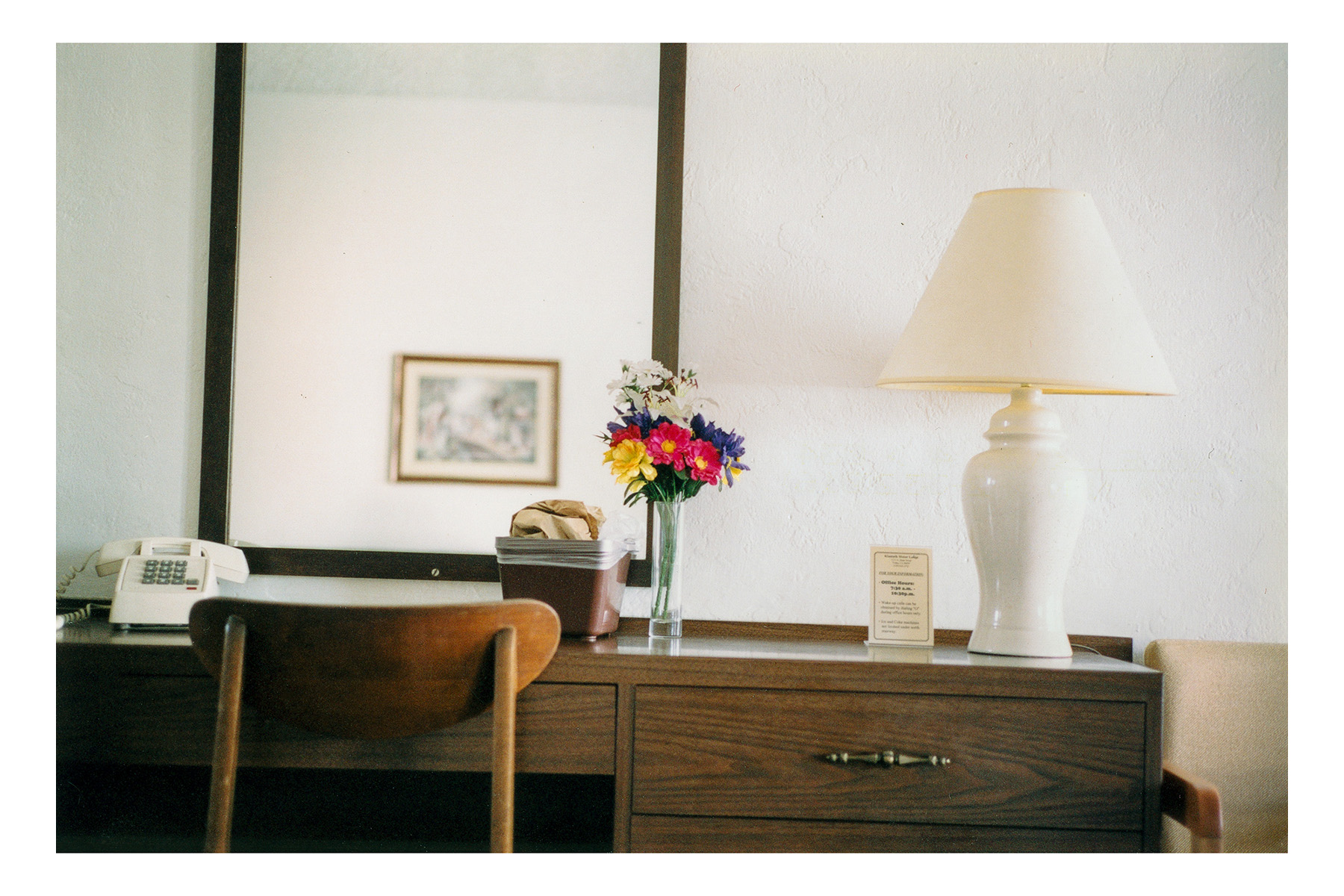 ''NEVER MET''
I was quite excited by how this piece was coming together. For me it was unexpectedly heavy sounding; I found it to be quite a challenge to get it to feel like it belonged. Ultimately, I think it’s an important piece for the record in the way that it refocuses and shifts the dynamic of the whole.

Another tour photo; I have a lot of photos of random perfectly indistinct hotel rooms! They are however an excellent blank canvas. This photo feels like a picture of what it’s like to wait for anything too long, but like looking at something longer than usual, I often find the time flies by. 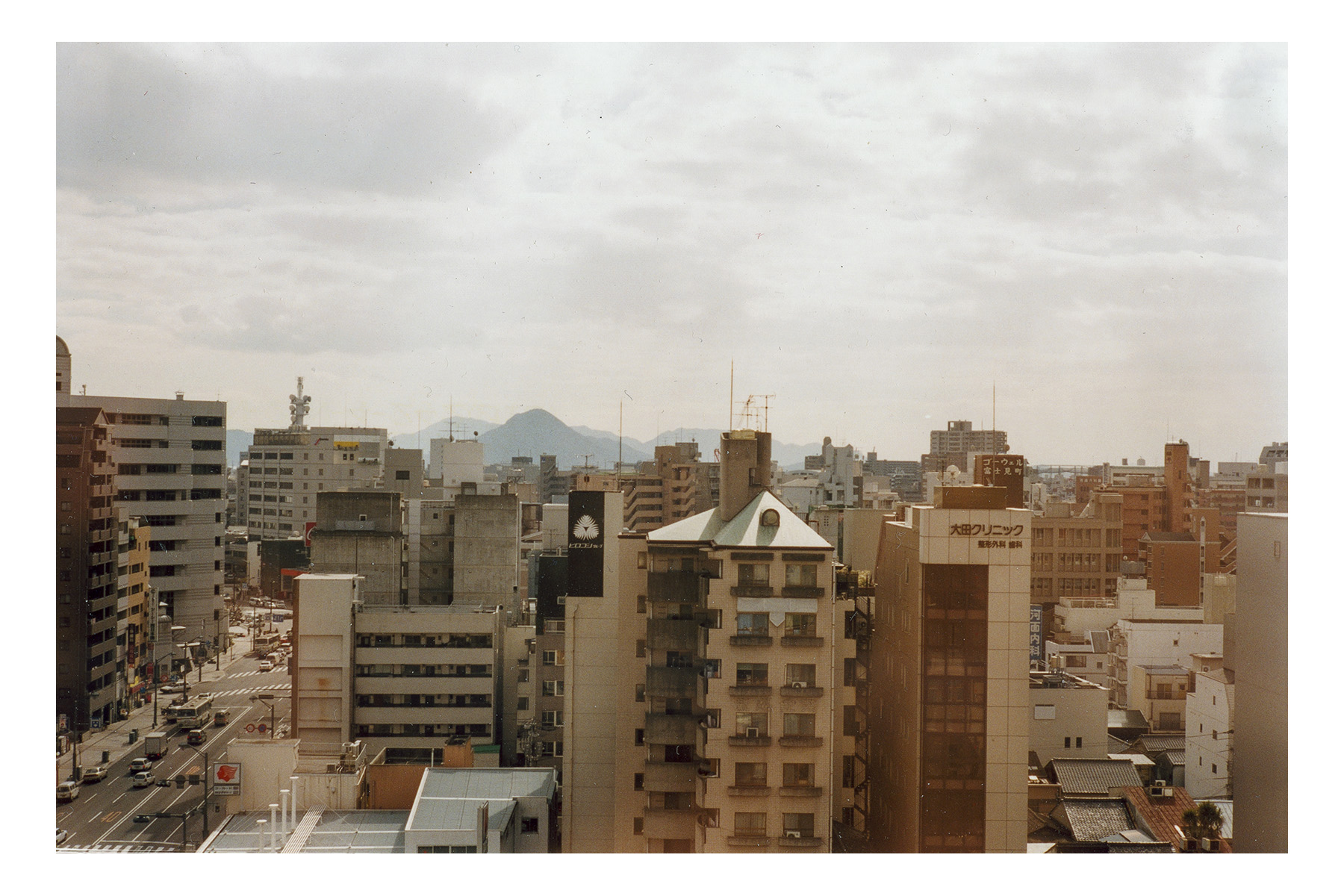 ''WAX WING''
"Wax Wing" is sort of the flip side of the free-improv coin when compared to "Circle Line." A similar structure is there — a bed of droning, rhythmic synth chords laid out for something to happen above them — but here I feel like the solo voice is struggling to be heard, making a lot of effort to get above the fray and it shows. I was fully embracing this kind of damaged, fragile character that as the piece moves on gets lost.

This is a photo from Osaka. I was drawn to this burnt light taking on the skyline. I’ve always been interested in views like this, that are just far enough away to be as much about what's there but also function perfectly well as abstractions. 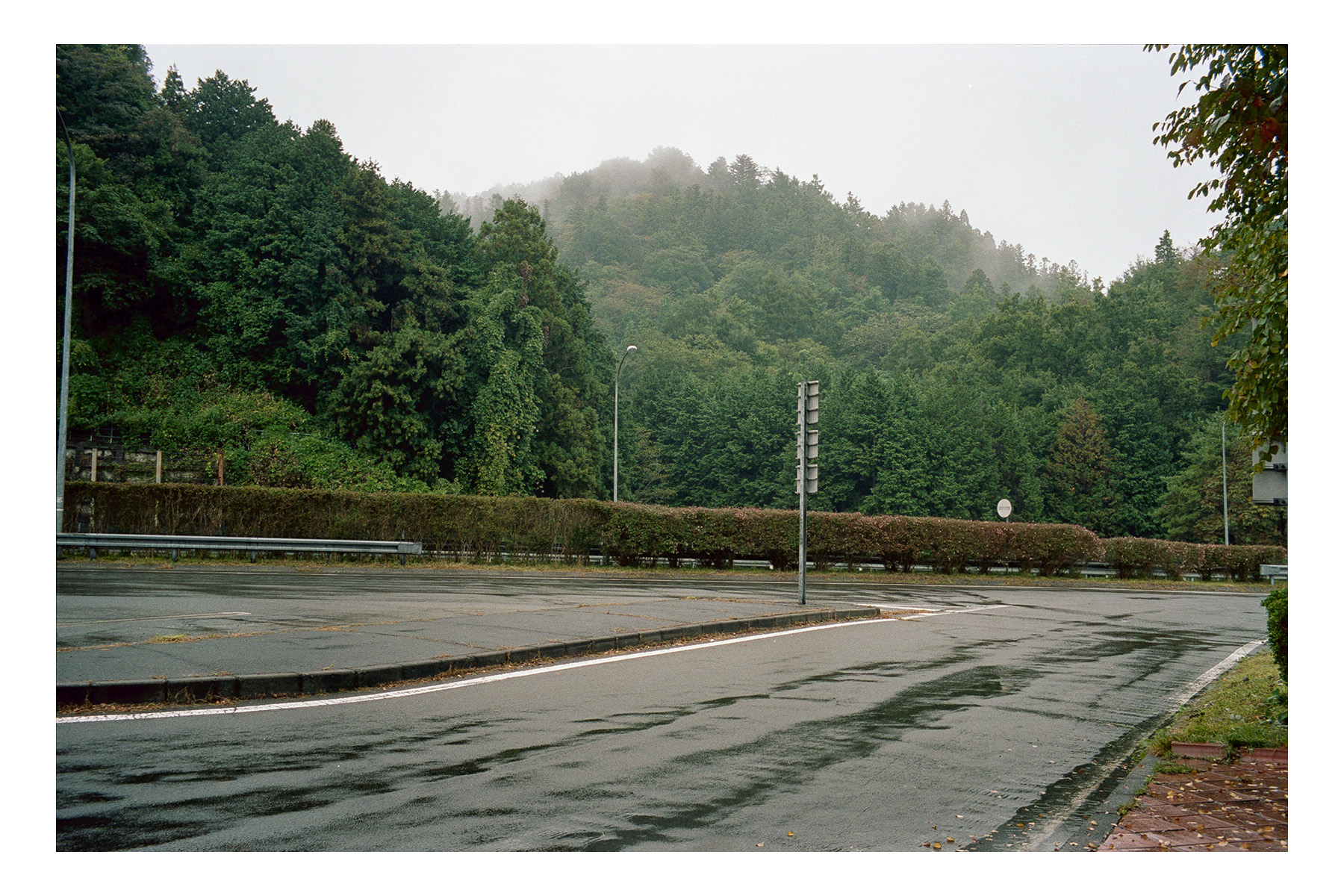 ''ABOVE OUR HEADS''
"Above Our Heads" started as a suite of quite disparate parts that I just couldn’t get to work or make sense of ultimately, but this section which would become "Above Our Heads" kept pulling me back into it. Every record needs just the right last track, so I decided this would be it and thinking about it as the final piece solidified its direction for me.

To me it feels quite celebratory and mournful simultaneously, a quality that seems difficult to pin down. This dichotomy is something I’m always hopeful of achieving.

The photo was made on the way to somewhere in Japan. When on tour, stops at gas stations etc., I’m always out of the car first and back in last, to have a look around with the camera. Wouldn’t you know it’s usually stuff like this, blank parking lots and lonely looking lamp posts. But what I find interesting is trying to make a photo anyway and there's always an atmosphere no matter what, and spaces like this just get in the way less often.