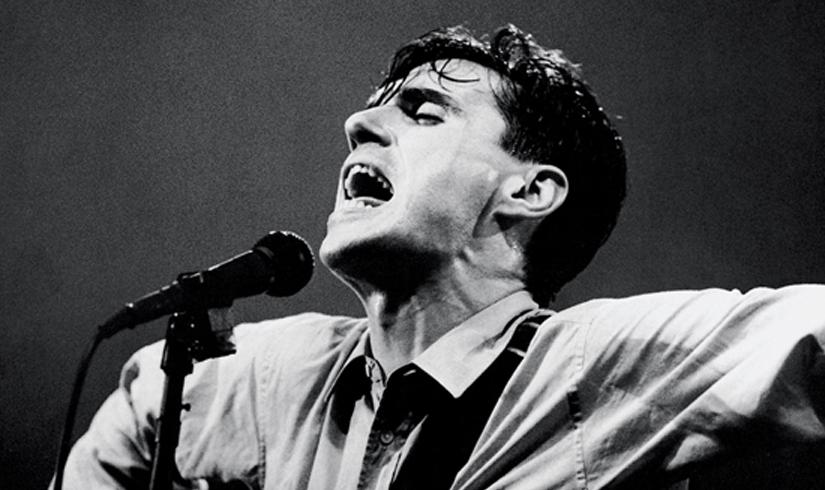 As much as we appreciate David Byrne’s very existence—and brutally honest Guardian columns like this—it’s hard to imagine him ever achieving the heights Talking Heads reached during the post-punk era. Nor is he interested in doing so, which is more than we can say for the countless nostalgia inducers who reunite simply to replenish their bank accounts. (Not that there’s anything wrong with that. The economy’s rough enough already without us getting into a tired conversation about ‘selling out’.)

At any rate, Stop Making Sense is not just an essential document of Talking Heads during their Speaking in Tongues days. It’s one of the greatest concert films of all time, known for its long shots (directed by Jonathan Demme, years before his definitive work, The Silence of the Lambs), restrained lighting, and iconic images like Byrne getting ‘interviewed’ in a very big suit. This being 2014, Palm Pictures is rolling out a 30th anniversary digital release on July 15th and reviving the film with a limited theatrical run this summer. Check out a list of participating theaters below, along with a montage of key moments and that aforementioned interview…

Previous LABEL OF THE MONTH: Posh Isolation
Next Godflesh
“Ringer”