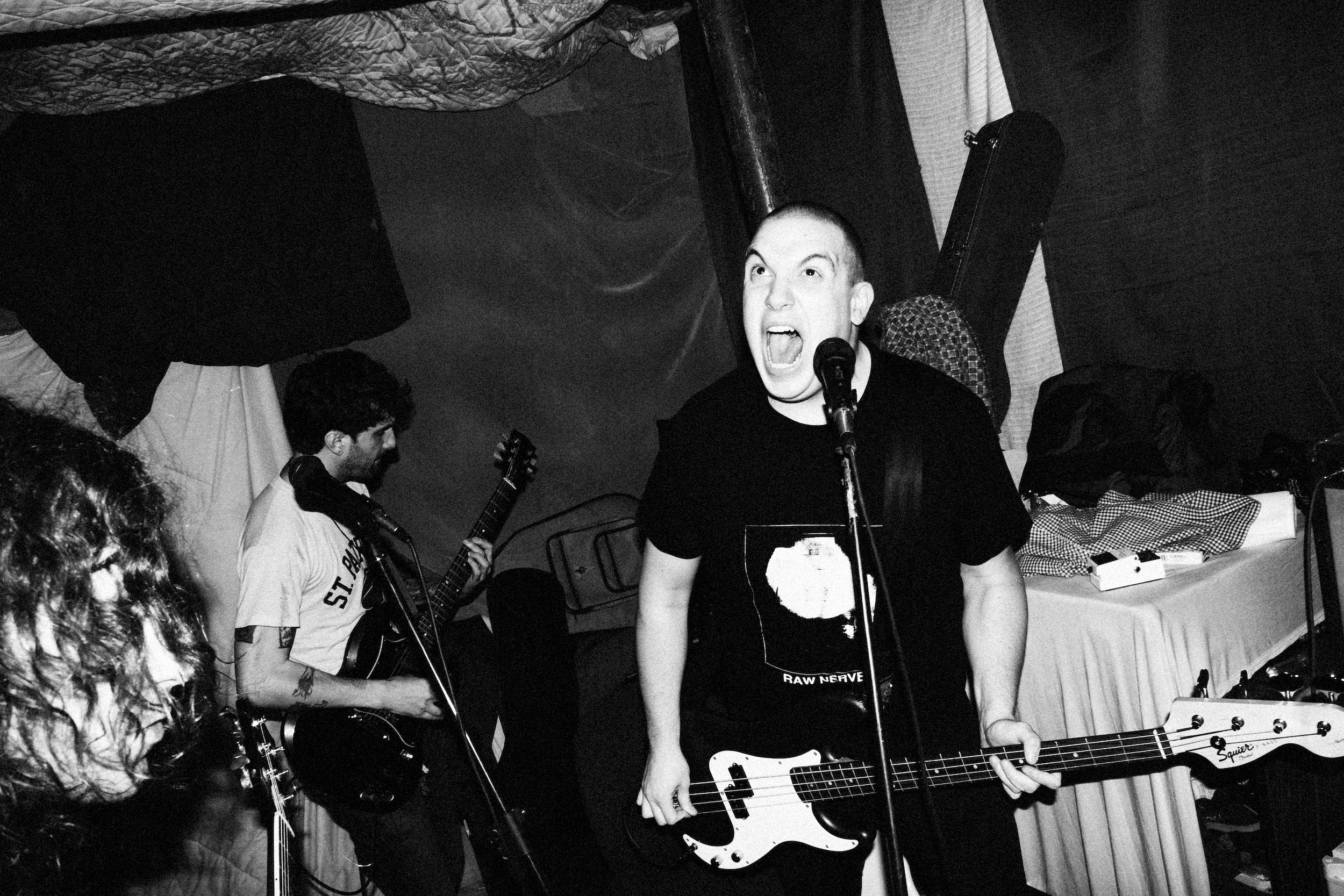 Now that The Men have excavated their archives on Hated—a new compilation that covers a chaotic burst of creativity between 2008 and 2011—we thought we'd ask the band's founding members to share the personal stories behind each song. They went one step further, tapping a few longtime friends and fellow industry folks to share their perspective. Presenting the Brooklyn underground version of Behind the Music....

JENN PELLY (ASSOCIATE EDITOR, PITCHFORK)
I first heard about the Men in 2010 at WNYU, and I met Chris at a bar near Brooklyn Masonic Temple later that fall, when I gave him my extra ticket to that night’s Swans reunion show. I remember being confused that a band would just call themselves “The Men” but a lot of things about their corner of punk mystified me. I associated the Men with a 538 Johnson scene that was different from my own experience at that space (i.e. vegan potlucks with the anarcha-feminist crowd), but they sounded so thrillingly New York to me—more than any other Brooklyn band of their era. Everything about The Men felt distant and familiar at the same time, which was intriguing. Their blown-out claustrophobia felt like a logical response to living in a place that can feel unlivable. It was like they were cramming decades of New York underground rock mythology into a tiny windowless apartment or an overflowing subway car or just hiding from the circus of a city that doesn’t care about artists. I saw the Men play the first U.S. Iceage show in 2011 and thought they were way better.

RYAN NAIDEAU (A&R, ROUGH TRADE)
There was one show at the legendary 538 punk house where they were really rocking hard, everyone was moshing, and just when you thought Nick was gonna stomp his distortion pedal and shred a guitar solo, he put his guitar down and busted out a clarinet. He starting squawking all over the jam, and it was still so sick and brutal! No one stopped moshing…. The joyous energy was palpable, and the sound was ecstatic and free. This was a moment I’ll never forget. It was the melding of all genres and vibrations in a close-minded room meant for only one kind of thing. The Men expanded the minds of everyone they played for around this time. As a fan of all types of music—country, psychedelic, jazz, you name it—they were the band for freaks like me. Without ego, without preaching, they took the punk ethics we all shared and ran with it in a way we didn’t even know we needed.

CALEB BRAATEN (FOUNDER, SACRED BONES)
I had been turned onto Immaculada through a co-worker at the record store I was working at, and it totally blew me away. I didn’t know any of the guys in the band at the time, but they were traveling in the same circles, so someone put us in touch. I had been sent demos for what would become Leave Home. I was super into it; I thought it was a natural but big jump up from Immaculada and was very excited about the prospect of putting it out. But apparently my reply wasn’t quick enough for the band. When I found myself at an afterparty for the first show of the then freshly reformed Swans, I was having a civilized conversation with an old friend when a long shadow fell upon me and a big booming voice from behind said something to the tune of “Hey! How come you haven’t written back yet? Are you going to put out our record or what?” I turned to find the fairly intoxicated and larger-than-life Chris Hansell staring down upon me…. I was a little taken aback and mumbled something like, “Uh, oh hey, yeah sorry, I love what you guys sent,” but by the time I got that out someone else had got his attention and was off in another conversation. I left that night thinking that those guys were pissed at me and that I had better jump on it before they bail, or worse, had me jumped! 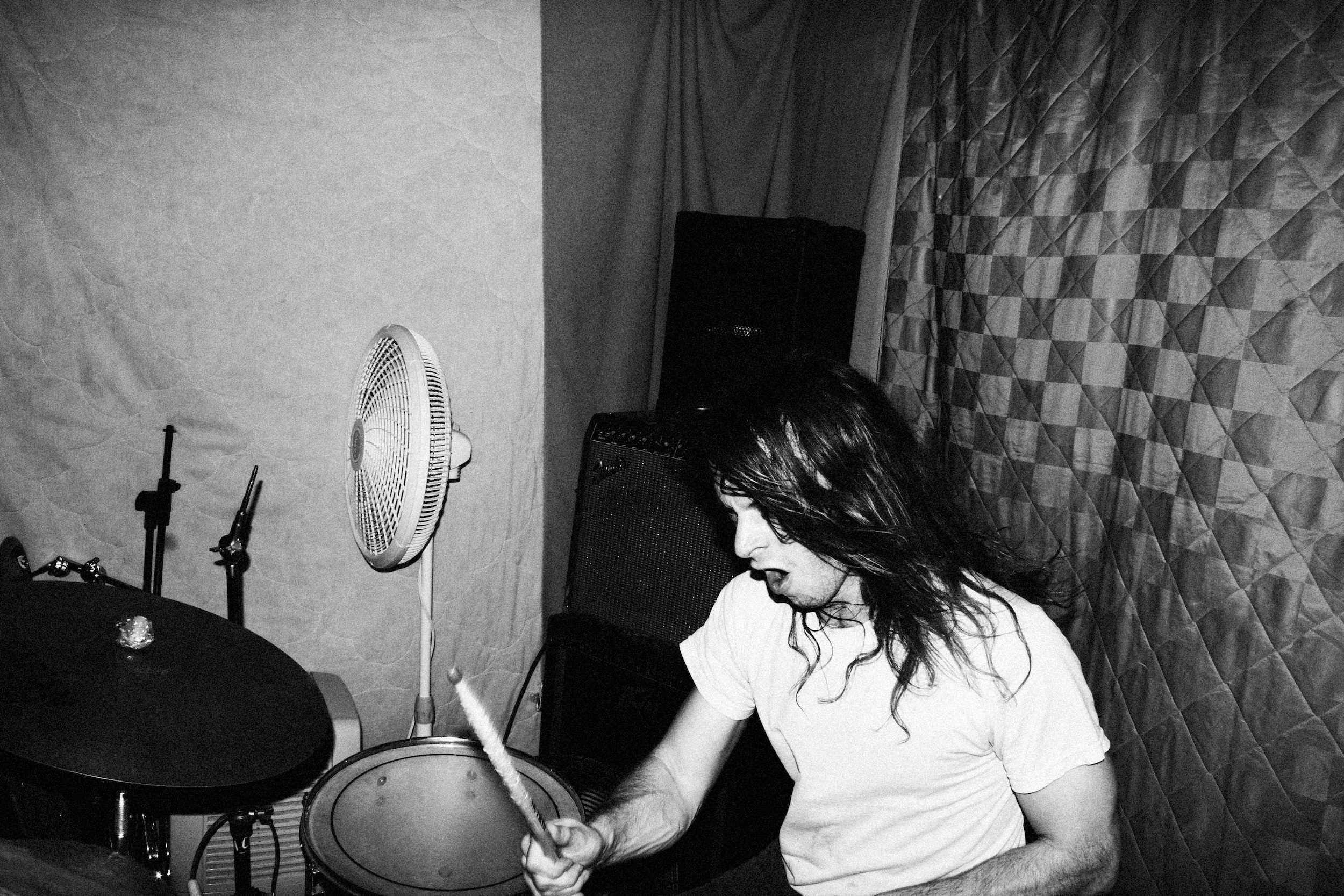 JES AURELIUS (CO-FOUNDER, ASCETIC HOUSE)
God, what can you say about The Men? True wild stallion rock ’n’ roll—beholden to no herd, yet bonded to all with whom they roam. I saw them for the first time in early 2010, and I’ve seen them countless times since. There’s always been a power behind them that other bands just don’t have. They make everybody else look tame and domestic. You want to be free? Listen to The Men, and see yourself running with them.

FRED PESSARO (EDITOR-AT-LARGE, REVOLVER)
While the Sacred Bones releases are crucial to understanding how The Men took the indie world by storm, Hated paints a picture of exactly how the band became the underground sensation that got them there. Grab Hated and scrounge for Immaculada for a snapshot of The Men in their infancy, and a look at the DIY indie and punk scenes in NYC at large.

“TWIST THE KNIFE”
I was becoming really interested in weird pauses / cymbal hits / off-time breaks, a la BL’AST!, at the time. You can hear this influence in “Think” and “Impish” as well. It's one of my favorite tracks I've ever written for the band so I'm happy it kicks off the compilation. The lyrics deal with something really heavy that I had never really addressed before in any song I ever wrote prior and I think you can hear that in the vocals, I personally think it's the wildest I've ever sounded on a recording.

“THINK”
We wanted something that didn't have a chorus. I wrote this mean riff and I think we decided instead of a chorus to just have the song completely fall apart and have our guitars feedback and play nonsense until the main riff kicked back in. We re-recorded this eventually for the Leave Home album, but I prefer this version. I don't think people realize that's Mark screaming during the 'chorus' and not me.

“IMPISH”
I can't remember if Mark was out of town or just had been running late to practice that day but it was just Nick and I in the space, Nick was playing a slow, twisted version of the opening guitar part to "I Hate Cops" by The Authorities, which is supposed to mimic a police siren. I was at the time obsessed with riding out one note for a long time on bass, especially for a mid-paced song; it always seemed to have more ferocious and bleak sound than something busy. I just started playing this bass line on top of it and eventually Mark showed up and played drums on it and it sounded great to me. We didn't think it needed vocals. That was a running theme too; if no one had an idea right away for vocals we'd say fuck it, and just have it be an instrumental song. 'Impish' was the AOL password my mom chose specifically for me to have when we first got the internet in the mid '90s. A little devil I was, perhaps.

“WASTED”
Mark wrote this one, and Nick played the drums. This is an outtake from Immaculada that later appeared on a tour cassette with another instrumental song, "Captain Ahab." I loved Mark's guitar work from those sessions. This and "Saucy" are so memorable to me; they still get stuck in my head. 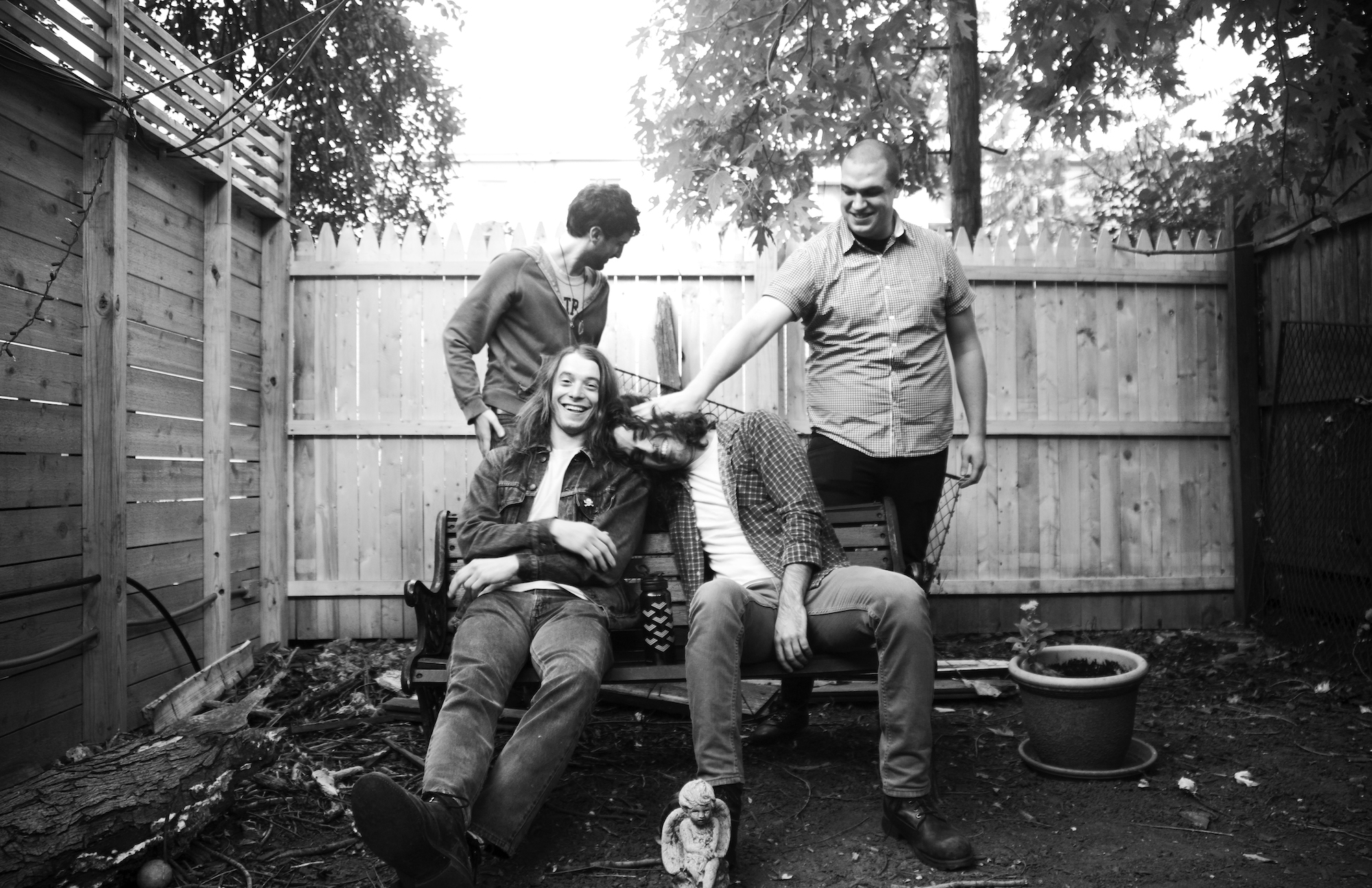 “WALKING OUT ON LOVE”
The Nerves had a 2008 LP compilation called One Way Ticket that actually feels similar to this Hated record. This song was a big stand out. Playing it in Boston with our friend Billy singing the vocals was awesome! Listening now, I laugh at my voice.

“HATED”
Mid wee”k, driving to the one bedroom to put down an idea on the four track. One take up at Dead Air studios. First song, first EP.

“SOMEBODY'S WATCHING ME”
Live at Vacation Vinyl in LA. This was recorded in the afternoon with just a few heads in the audience. I love its speed. I’m still unsure of the exact vocal lines, but the mood of it translates.

“CALIFORNIA”
Jimmie Rodgers and Jerry Garcia and a bit of acid in the morning.

“CONTROL LOOP”
Four Fender Jags tunes to open F and a Fender Princeton Reverb in my basement, recorded to a handheld cassette.

“DIGITAL AGE”
This was a mantra recited over and over. It’s amazing how much things change around something that is continuous and constant. Friends liked this one when we’d play it. The riff was inspired by "She's Lost Control."

“FREE SITAR”
This was the only demo I had from the sitar recordings that was simple enough 10 years later. Daisy Paradis, a brilliant player, was my teacher for a few months. Got to get free. 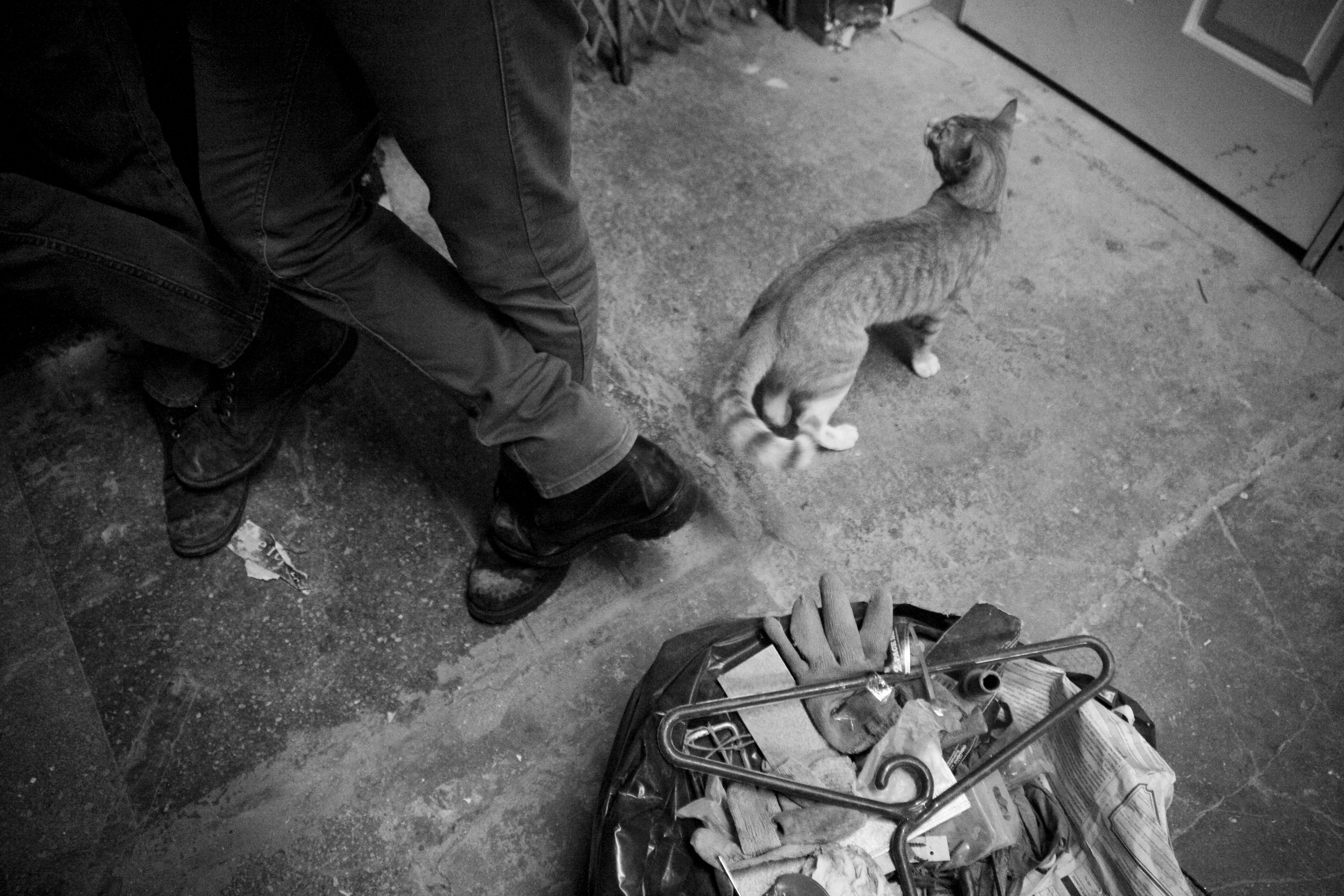 “GATES OF STEEL”
Devo cover. We recorded this in our practice space on four track. We did the think 7" version the same night.... Those two songs are still some of my favorite sounds we've ever captured.

“SAUCY”
The pop song that never was. Did this during the Immaculada sessions but it didn't make the album. It's gotten the praise it deserved. I remember Will Killingsworth one time saying it got stuck in his head

“LOVE REVOLUTION”
Demo track. Going after that huge wash of sound.... Recorded on a four track in our practice space. Always loved instrumentals.

“AHAB”
Another surf instrumental. We used to do alot of these. Were / still admire with the surf aesthetic, simplicity, minimalism, and the drum beat. I tried to use that drum beat and approach it in almost everything we did. Still do. 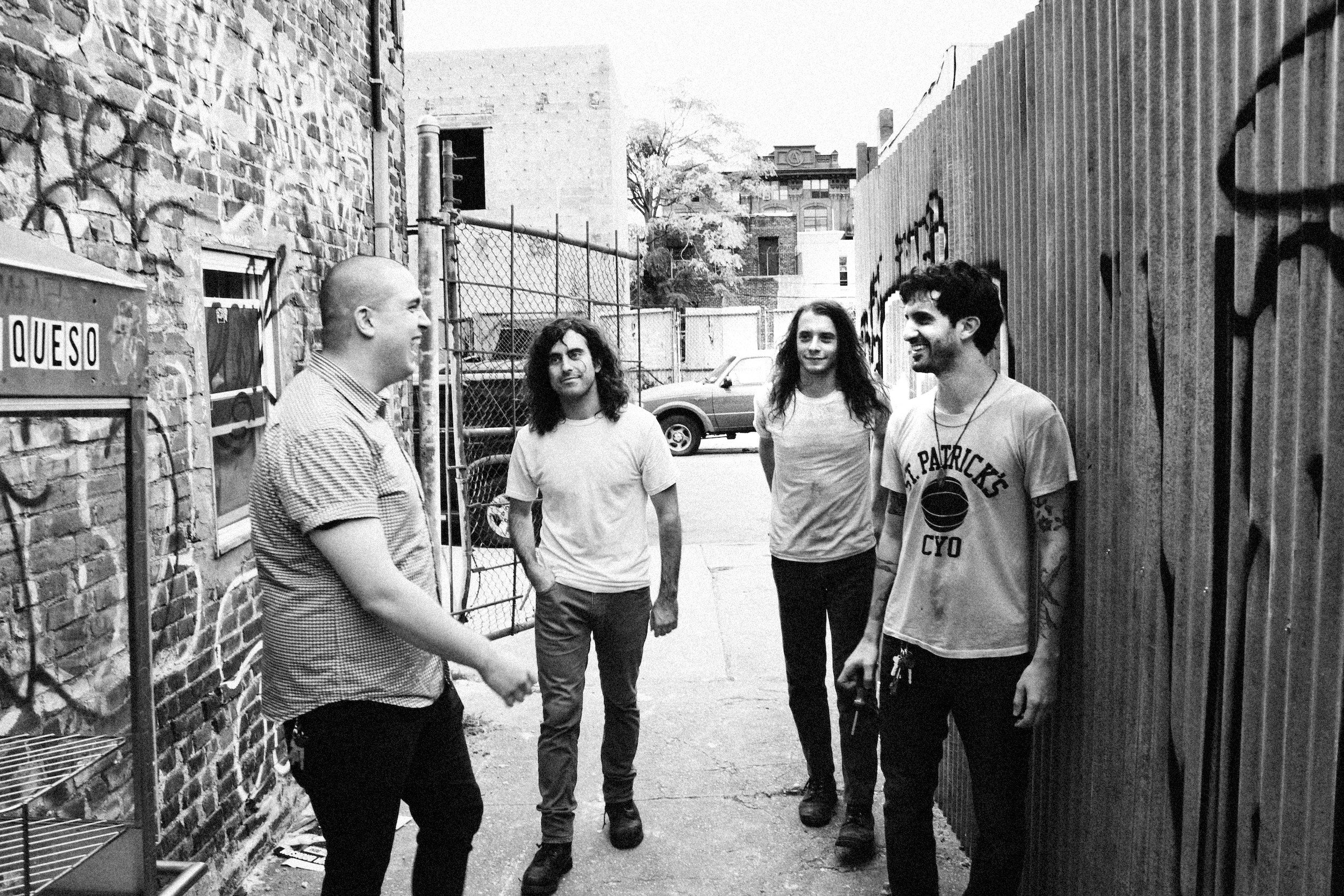