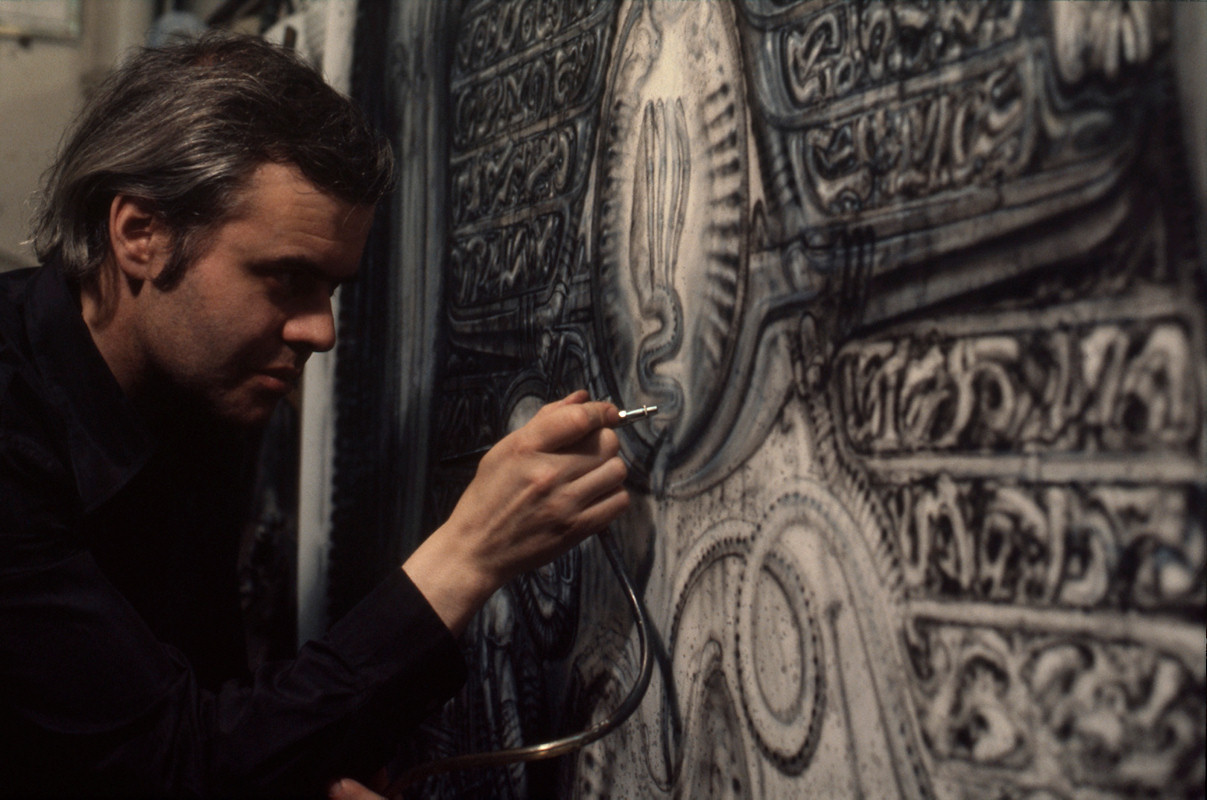 Triptykon frontman Tom Warrior has weighed in on the passing of surrealist painter H.R. Giger, who died on Monday after being hospitalized for falling down the stairs in his Zurich home. He was 74.

While Giger’s best known for his “biomechanical” style of sci-fi artwork—especially the Necronom IV lithograph that inspired Ridley Scott’s iconic Alien creature—he also designed album covers for a number of different musicians, including Danzig, Debbie Harry, Carcass, Emerson, Lake and Palmer, and Warrior’s highly influential black-metal band Celtic Frost. Here’s the frontman’s statement in full, followed by some of Giger’s music-related pieces, including the Landscape #XX poster the Dead Kennedys were sued for including in their definitive 1985 album Frankenchrist…

“For the first time in 74 years, last night was a night not illuminated by the indescribable light that was H.R. Giger.

H.R. Giger became our mentor, against all odds, when we, somewhat audaciously, first established contact with him some 30 years ago. At a time when almost everybody ridiculed, ignored, or even obstructed the music the then almost completely unknown Swiss underground band Hellhammer was creating, Giger listened to us, talked to us, and gave us a chance. Not least at a time when he was at one of many peaks of his path.

A little more than a year later, his exceptionally stunning art made what might be one of Celtic Frost’s most important albums, To Mega Therion, even more significant. Other links to Giger’s universe also manifested themselves, almost as if it was predestined.

Eventually, after many more years, the mentorship became a friendship. It was a friendship and a personal connection I valued infinitely, and it also included his wonderful wife, Carmen, and many other remarkable people that were part of his universe.

When Celtic Frost came to an end so acrimoniously in 2008, H.R. Giger and his wife were among those who witnessed my uncontained despair and stood by me. That Giger subsequently agreed to collaborate with my new group, Triptykon, and thus enabled us to release our first album, Eparistera Daimones, with one of his most dramatic paintings on the cover meant the world to me.

It apparently pleased Giger, too. He told me so on several occasions, and he completely stunned me in October 2011 by proposing that we continue the collaboration between him and Triptykon. I would have never asked for such a thing, because I never would have wanted to appear insatiable. He brushed such reservations aside, and it was his mentorship, friendship, and art that enabled us, once again, to release a second album on which music and cover art formed a seamless symbiosis. Only a few weeks ago, he held the result in his hands and loved it.

Regardless of anything I may write about H.R. Giger, however, none of these words will ever be able to truly, accurately describe him as a person and as a friend. It is utterly inconceivable to imagine a world without his wit, his perception, his genius, his horizon, his determination, his humour, his friendship, and his immeasurable kindness. And yet, we are now left in exactly such a world.