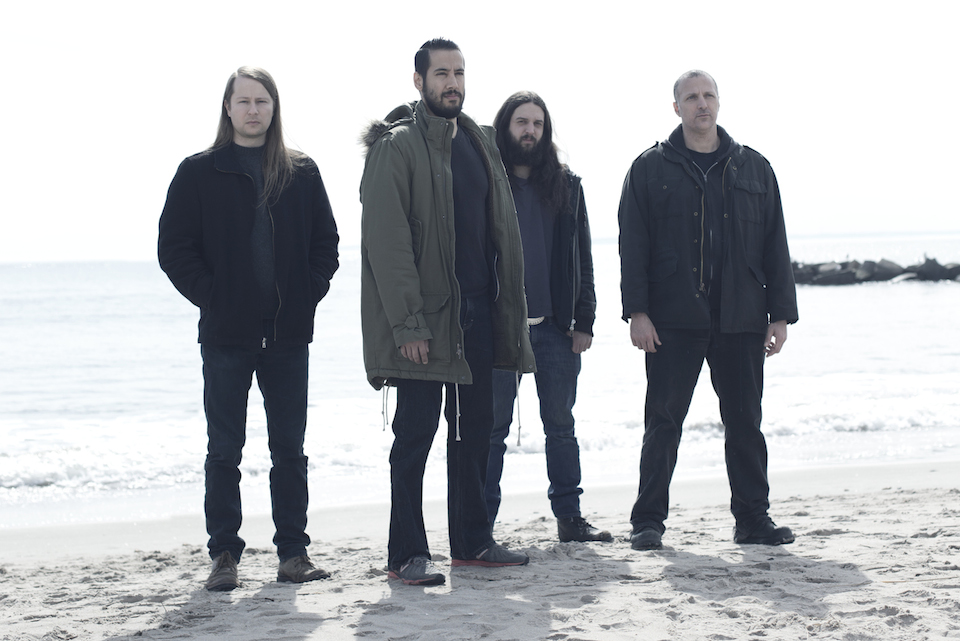 Pencils Down is an recurring feature where we ask artists to write an open-ended essay about a topic that circles back to their music in some way. In the following piece, Tombs frontman Mike Hill explains what it means to maintain a paleo diet and how it keeps him in fighting shape for daily workouts, sporadic tour dates, and rip-roaring metal records like the recently released Savage Gold…

I first started hearing about the paleo diet about 15 years ago. I was working in an office and one of my co-workers was into mountain biking. He was one of those guys that defined himself as being “paleo.” At the time, I thought the whole thing was ridiculous, mainly based on the way the guy described it. He used a lot of buzzwords like “primal” and that’s when I checked out. The mindset that I had at the time was that we didn’t live in a hunter/gatherer society so why would this Paleo thing work?

Last year, I tore my meniscus and couldn’t train for several months. Normally, I spend about two to three hours a day during the week training Muay Thai, rolling jiu jitsu, or doing strength and conditioning workouts. I remember by the time the second month of recovery arrived, I was about 15 pounds overweight; I felt awful. Around this time, mostly through listening to the Joe Rogan Experience, I discovered Dave Asprey’s “Bulletproof” lifestyle or what he referred to as “Modified Paleo.” There was that term again—paleo—but this time I actually spent some time researching what it was all about.

For those of you that don’t know what the paleo diet is, I’ll give you the condensed version. The main goal is to put your metabolism in ketosis, which is achieved by limiting your carbohydrate intake below 50 grams and ingesting saturated fat. If you are ketogenic, your body is metabolizing fat, both the “good” fats—such as coconut oil or olive oil—and the adipose tissue stored on your body.

Initially, the idea of jacking up consumption of butter and oils seemed counter-intuitive. We’ve heard that these foods led to heart disease, obesity and general bad health. I had to work with this idea. I read a ton of testimonials from people that had adopted this lifestyle and had lost weight, stepped up their energy and felt better in general. It wasn’t until I heard former MMA fighters Tait Fletcher and Keith Jardine break it down that I felt comfortable with trying it out.

By the time I was cleared to start training again, I had put on a lot of extra weight. I was fat and out of shape, a place that I have spent most of my life avoiding. I needed to drop the extra pounds and get my cardio back to its former glory so that I could get back on the mat, so I went all in with this paleo thing. I stocked up on greens, grass-fed meat, coconut and olive oil, grass-fed butter and jumped into it with full force. After about four weeks I weighed myself and had lost about 8 pounds. I also noticed that I felt better; I felt satisfied and didn’t have these wide swings in energy levels. It wasn’t like being on a diet where there’s this feeling that you are somehow depriving yourself. I ate only Paleo foods whenever I was hungry.

After about a month, I started drinking Bulletproof-style coffee, which is a blend of grass-fed butter, MCT Oil and high altitude coffee. It was my morning wake-up drink that kept me going until about 2 p.m., when I would eat my first meal. Without actually knowing what I was doing, I had adopted an “intermittent fasting” protocol that was a popular method of remaining ketogenic. Over the course of three months or so, I managed to get back to my normal training weight of a lean 205 pounds, my cardio was good, I felt strong and most importantly, I had a lot of energy.

I continue to live a more or less paleo-esque lifestyle. It’s not 100-percent in compliance with the diet that you may find on the various paleo websites but it works for me. A typical day for me starts with the Bulletproof-style coffee, and in the afternoon, I’ll have a meal of mostly vegetables with some kind of grass-fed meat. My evening meals are small and consist of vegetables, berries, almonds, cashews. When it comes to carbohydrates I eat sweet potatoes or yams and white rice or quinoa; rice and quinoa are generally not considered paleo, but quinoa is such a nutrition dense food that I think it’s good to include this superfood in your diet.

One of the key things to keep in mind is that it’s okay to fall off the wagon every now and then. There is a popular slogan on the various Paleo-centered sites and forums that says “100% Paleo 80% of the time.” It’s important to enjoy life and eat the occasion muffin. When those times come, I go for the real-deal and avoid the “gluten-free” options because those are usually laden with artificial sweeteners, fillers and other weird stuff.

This may not be for everyone, but it works really well for me. If you’re interested in checking this out, you should plug “Robb Wolf” into Google and that will give you a good start on how to approach this. Always get your blood work checked and develop a good relationship with your doctor. There is a lot of controversy over the high-saturated fat content of the paleo diet, so please coordinate all of this with a health professional.