Tangents want to make one thing clear about their new "Swells Under Tito" video: "It was shot with cameras small enough to throw and bounce on drum skins," says producer Ollie Bown (also of Icarus), "but they are not GoPros." The confusion comes from just how chaotic the Hospital Hill clip is, mirroring the Australian band's manic creative process in many ways.

"We wanted to capture its fun energy and focus on our own playing," explains Bown, "but also make a nod to the chopped-up edits and manipulation that is part of our studio process. So you see people playing the wrong instruments, or not playing when they should, and of course I’m checking my email."

"'Swells' is clearly the most playful track on the [New Bodies] album," adds co-director Matthew McGuigan, "and the film aims to feed off that playfulness in it’s antics and approach. It was taking the classic/cliché (depending on your viewpoint) ‘band in a room’ as a starting point, then fucking with it in an anything goes manner—with abundant interplay between the band members, the music, the imagery and equipment itself, even breaking the fourth wall on occasion. Technically this meant finding the right cameras and planning things in a way that allowed us to be completely fluid and impulsive. And no, they’re not Go Pros.”

Stream the rest of the record below, and check out its proper Temporary Residence Ltd. pressing here.... 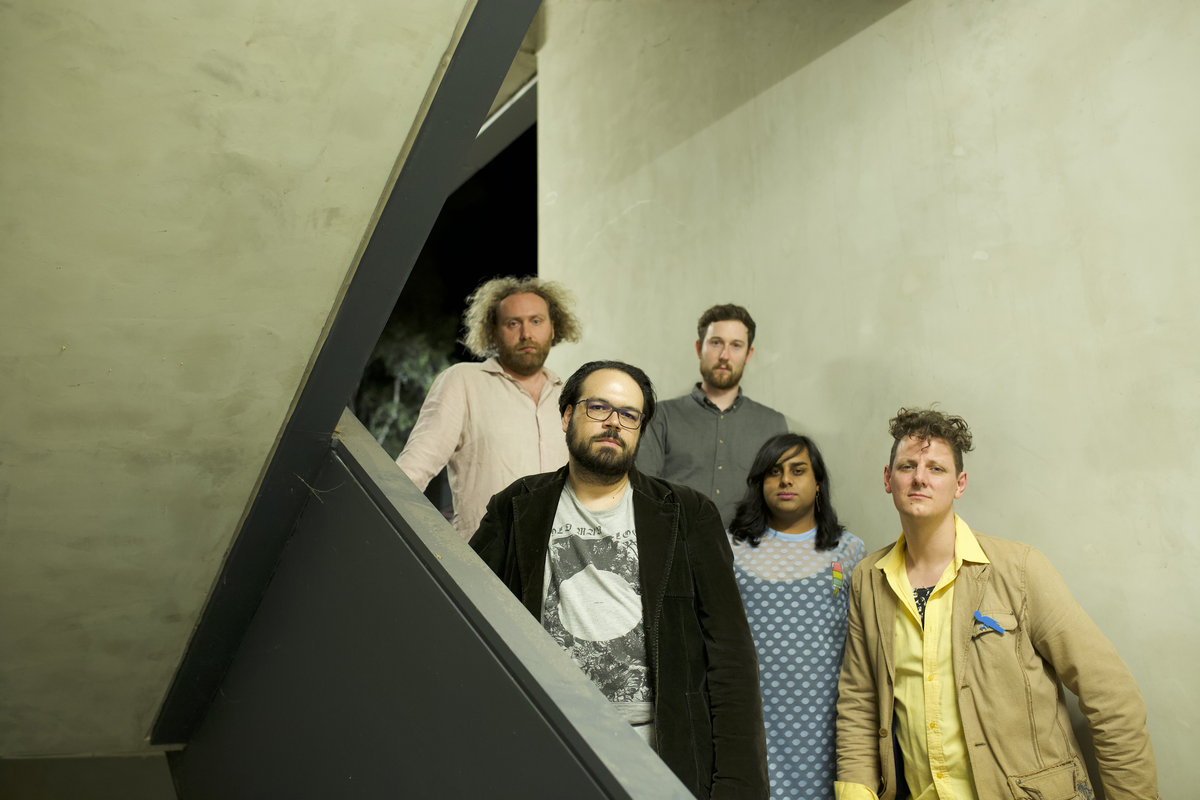