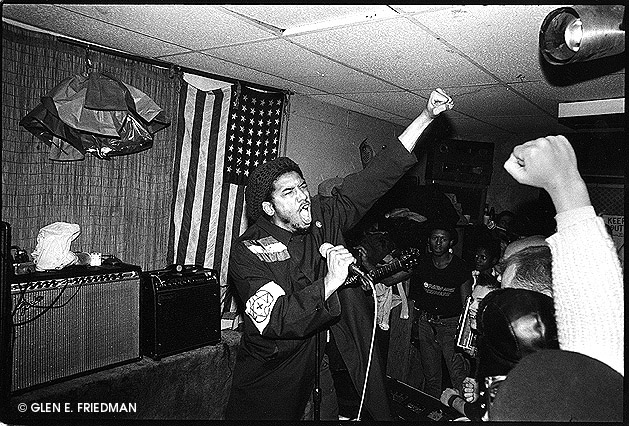 [Brooklyn Vegan] The setting–one of those ‘concert cruises’ around the East River–was surreal enough the one and only time we saw Bad Brains live. But then the band had to go ahead and present two very different versions of what the legendary hardcore band means in 2007–a call to arms if you ask three-fourths of the band, who can still thrash about with the best of them, and off on another planet completely if you ask J.R. Maybe that’s why the frontman only sang a few songs with a one-night-only lineup–including members of Danzig (Todd Youth), Living Colour (Melvin Gibbs) and Bad Brains itself (Mackie)–at the band’s Bowery Electric benefit last night…