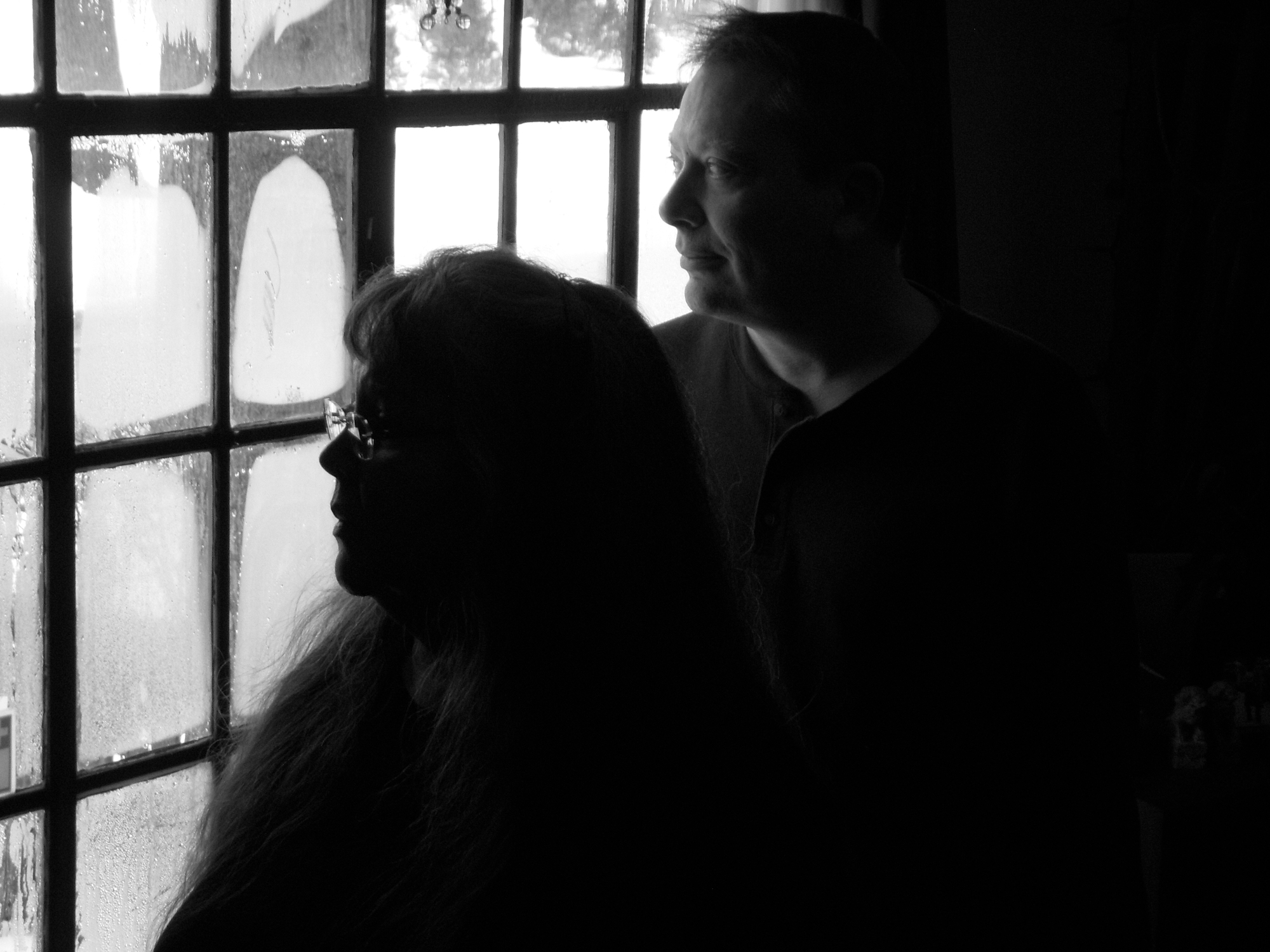 Windy & Carl have traded widescreen melodies and transportive guitar tones since 1993, and have a heady back catalogue to prove it — one that’s both captivating and completely overwhelming.

To help makes sense of it all on the eve of their eagerly anticipated Allegiance and Conviction album on Kranky, we asked the married couple to kick off our new Setting the Records Straight series.

The idea is simple: Rather than let algorithms and playlists tell their story, Windy Weber and Carl Hultgren built a starter pack for beginners, lending insightful liner notes to 10 of their favorite tracks….

“A THOUSAND MILES FROM NOWHERE” (2012)
Windy: I really like Dwight Yoakam’s This Time album — the whole thing. I’ve listened to it hundreds of times. What I like about this cover is that I can sing it almost anytime in tune. When carl played the guitar lines of it, they were the same notes and chords we have worked with many times, so it was very natural. We played it when we did a show with Bonnie “Prince” Billy, and he had a fun time talking about it after!

“THROUGH THE PORTAL” (1993)
Windy: A song I always enjoyed playing live, despite the fact that I have to keep the rhythm the whole time. It’s very meditative.

“SET ADRIFT” (1998)
Windy: I vividly remember the beginnings of this song. I had bought Carl a 1966 Fender Jag guitar as a surprise and shortly after we bought a Space Echo and a Vox Pacemaker amp. The combination of those three things made the most beautiful sounds. I have always loved the Durutti Column style of plucking guitar strings; I would lay on the hardwood floor with the guitar over my belly and just play the same notes over and over. It turned into a song — one that we absolutely love to play. carl’s accompaniment can go in so many diff directions that is an always evolving, never boring piece. an absolute fav.

Windy: Yes, this is a song I primarily wrote and play all the guitars on. I play a lot of the guitars on our records, but no one ever seems to notice or care. They just think of me as some girl who sings, and on occasion the reviews say things like “Carl is a brilliant guitarist and Windy adds annoying off-tune vocals” when they are actually reviewing a song I mainly wrote. I guess i need to toot my own horn a little more often.

“CONSCIOUSNESS” (2001)
Windy: A song with no order or rhythm. Carl just plays. My brain does not work that way; I have to have some sort of pattern. It’s very hard to play live because if we don’t sync right it gets all messy and confusing. Lovely words about how I love to hear Carl play, although you’d never know that from the words or being able to hear them… but I know.

“GODZILLA OF SNOW” (2016)
Windy: I love this one! It fulfills my love for Terry Riley and Steve Reich — that metered, pounding rhythm of notes on keys or a xylophone. I played percussion on the Rhodes, and Carl added marvelous guitar to go with it, of course. This was an instantaneous piece — no forward thought, no experimenting, it just happened. Really lovely! 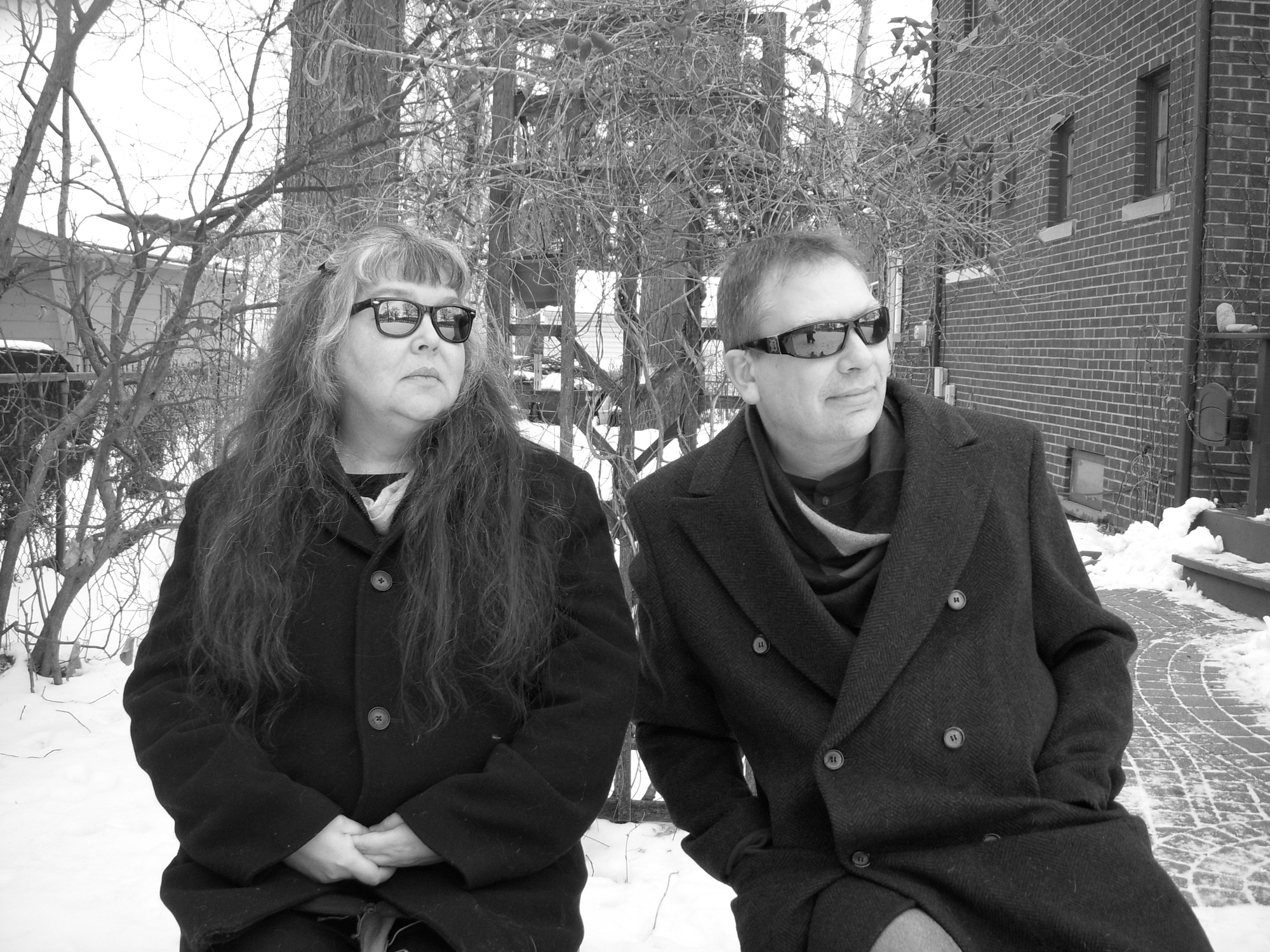 “LIGHTHOUSE (DEMO)” (1993)
Windy: I would hear Carl play in the very early days, and I would nag at him to record, to make songs out of sounds he was making. One day, there was this — the “Lighthouse” demo. It is an amazing creation to me — the sounds and tones and textures, all made by the most primitive techniques of bouncing tracks back and forth between a tape deck and an old boombox.

We don’t use the computer to make music, especially after the beginnings of what we do sounded as incredible as this; who would want to mess with that kind of formula when the results are brilliant? (I can say that about Carl’s guitar; he would be too shy and humble)

“CROSSING OVER” (2020)
Windy: To work with Carl all these years, and have a piece of music hit me the way this one did is really incredible. This track opened my eyes and ears to a whole lot of new ground, and gave me the ability to work with his guitar with my voice in many ways I have always wanted to. It is a very freeing track for me, allowing me to open up and use my voice in ways I have always wanted, but was too afraid to do.

“BABY ALPACA WOOL PULLED OVER MY EYES” (2012)
Windy: Just me and a guitar and my voice. I have no idea how to play it now. It sort of just came out one year and was there and then disappeared again — a reason why we are always supposed to record pieces as we play them and create them on the spot. Sort of like a foreign language; if you do not use it on a regular basis, it disappears.

“THE SILENT OCEAN” (1998)
Windy: Another song with DC plucking style guitar, and very tender vocals about how words fail you, or me, or anybody, when it comes to all sorts of places in life. Of how no one really understands anyone else on certain levels, and so you feel very boxed in and alone. The things you would never say to anyone else, or admit to thinking. The lack of ability for words to even try and express what something feels like, especially love. Sometimes there is just a physical feeling, and no words can ever manifest that into a way of relaying or understanding to another soul.

And, as Carl said earlier, this is a song I wrote and play most of the guitar on. I have played a lot of the guitars on a lot of our records for many years, but no one ever wants to talk about that, especially because i am humble about what I do and I spend my breath talking about how much I love listening to carl. He is really wonderfully supportive of what I do artistically; I am very thankful for all of it.

“FAINTING IN THE PRESENCE OF THE LORD” (2012)
Windy: Oh Carl’s guitar! Those heavy waves of gorgeous guitar. I used interesting techniques on this track to build layers of sound within his waves of growls and crashes. A really great collaborative effort. I could listen to him play guitar all day….