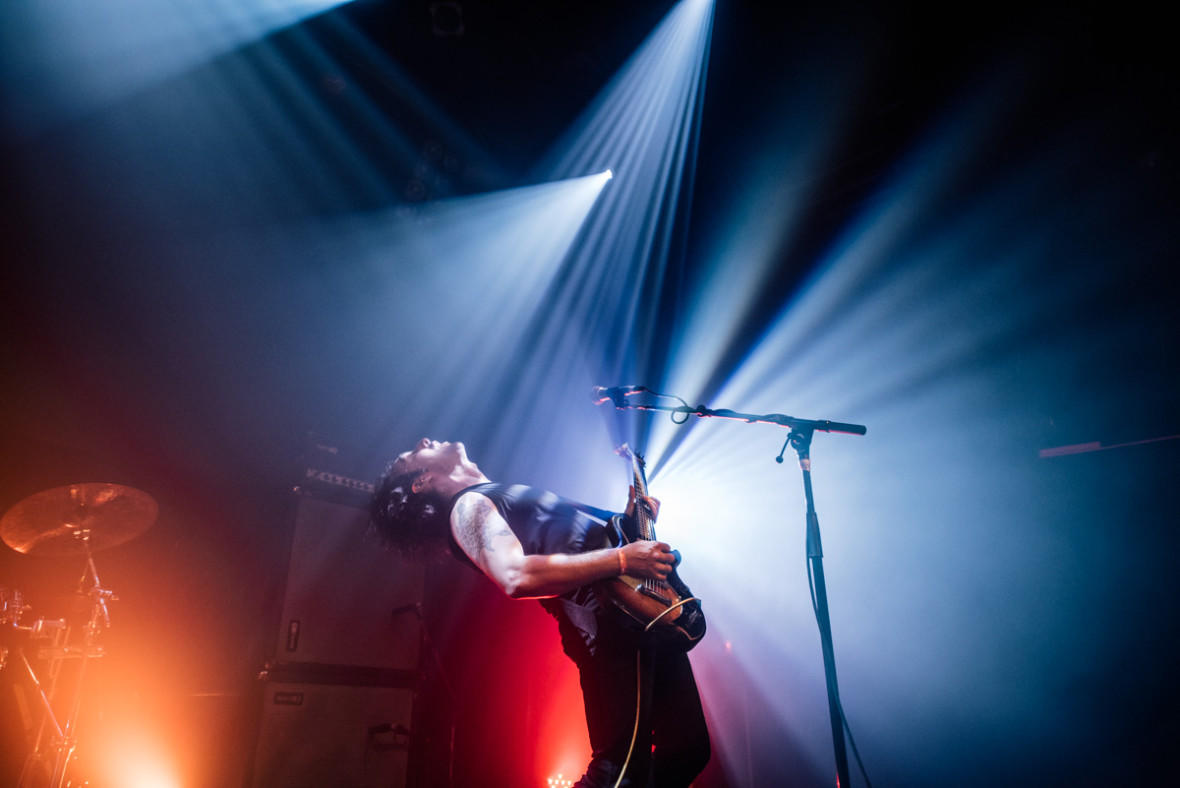 1. Marriages – Salome (Sargent House)
Lush, expansive, pretty, heavy. This came out when I was touring solo opening for the Mountain Goats and I would crank it in the car to keep my head focused behind the wheel. Hits all the right nerves whether you realize it or not, like any quality sonic daydreaming music should do. Album highlight: “Binge”.

2. Indian Handcrafts – Creeps (Sargent House)
Hearing this record got me stoked to have these guys onboard Mutoid Man tour last summer. Real funny dudes with gracious Canadian manners. Plus any band that covers “No Quarter” into “Night Goat” is beyond ok in my book.

3. No Spill Blood – Heavy Electrity (Sargent House)
“Street Meat” was my introduction and it hit me like Godlesh hanging out at goth night for inspiration. Got to see em in their homeland of Ireland, Matt ripping through the set with his broken leg in a cast. They also very generously loaned Mutoid Man their van + gear for our shows together. Bonus points for turning us on to the magical sounds of Ike & Tina’s “Nutbush City Limits”.

4. Prurient – Frozen Niagra Falls (Profound Lore)
Pretty much the sound of every Terminator movie soundtrack raining down like hellfire all at once. James Camereon or whoever’s onboard with that series would be a fool not to consider Dom scoring whatever installment comes next. Complete and utter brain food for the musically-minded.

5. He Whose Ox Is Gored – The Camel, The Lion, The Child (Bleeding Light)
I love most of the sounds coming from the Pacific Northwest. They usually contain just the right lack of vitamin D. This record is no exception; all that missing sunlight helps create some beautiful unconventional chord progressions with ambient string sounds and epic song arrangements. This band also travels with an electronic frisbee that’s handy for having wild night games.

6. Wild Throne – Harvest Of Darkness (Roadrunner)
What a bunch of rippers. Hearing the song “Shadow Deserts” for the first time was quickly followed by three or four more listens in a row, just trying to wrap my head around all that goodness packed into one jam. Some of the most friendly mellow dudes to travel with too.

7. Alabama Shakes – Sound and Color (ATO)
NPR posted something about this record in a very glowing way which caught my eye. Sound and Color is a like psychedelic blues mutation performed as if the band were set up on back of a bog rider cruising down some swampy river. Major highlight for me is the song “Gemini”—wowzers.

8. Mad Max: Fury Road
Epic cinematic achievement beyond all proportions. Near complete encapsulation within a world that’s as lively with death as the characters themselves fighting off its relentless persistence literally right off the bat—one of the most fierce opening scenes of any movie I’ve ever seen. Terrifyingly majestic from top to bottom.

9. Ex Machina
The twisted sister of Under the Skin, another cinematic favorite of mine, although in comparison Ex Machina excels in character development and futurist pondering. Straight-up horror for modern tech nerds plagued with Peter Pan syndrome.

10. Fun Fun Fun Fest, Austin TX
Mutoid Man had the fortune of playing two sets that weekend and we got to see old friends and make new ones too. Converge were great and so was Cheap Trick. Other highlights were Off!, Fucked Up, Babes In Toyland, Drive Like Jehu, Power Trip, Title Fight, American Nightmare, also generous amounts of cold brew and tacos from Jo’s Coffee.

Stephen Brodsky splits his time between singing/shredding in Mutoid Man and Cave In, although he’s been much busier with the former lately. In fact, they’re playing a NYE show at St. Vitus in Brooklyn tonight. Sample some of their songs and a few old favorites below. Oh, and if you’re in the Netherlands next April, you need to see this.