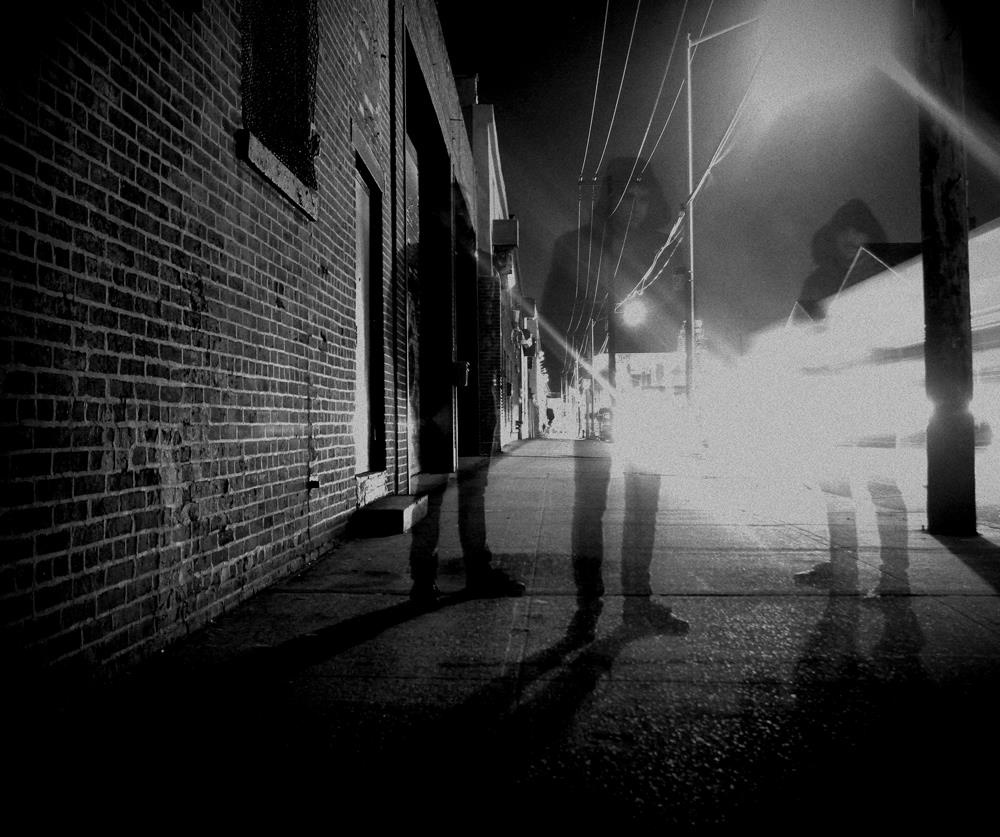 1. Black Wing – …Is Doomed
I was a huge fan of the last Have a Nice Life record (The Unnatural World) and to me this album lives in that world, but in a darker, more isolated, more electronic way.

2. Chelsea Wolfe – Abyss (Sargent House)
Again, I was a big fan of her last album “Pain is Beauty” but to me this album really takes what she was doing there and takes it much further. It’s heavier, moodier and the electronic bits feel more refined. Saw her live at Saint Vitus bar when I was still getting into the album and it sealed the deal. The band was tight as hell and her performance was stellar.

3. The Octopus Project – Kumiko the Treasure Hunter (Robot High School)
The movie was okay; not sure if I would recommend it, but the soundtrack really stuck out for me. I looked it up and seeing it was the Octopus Project surprised me. It has a bit of a traditional Japanese sound at times, and is more organic than most of the Octopus Project material I’m familiar with. It does sound like a soundtrack but I love cinematic music in general. Solemn, isolated, contemplative music.

4. 2814 – ??????? (Dream Catalogue)
I’ve heard this referred to as “vaporwave” but I hate that genre name; it just sounds so silly. This reminds me a bit of mid-to-late ’90s ambient electronic music, but with a hint of ’80s nostalgia and a more “modern” production value. In general it feels very romantic and nostalgic, but it’s hard to place the exact time or place. It feels retro and futuristic but somehow avoids cliche for me. A really ephemeral album that spans from hazy, dubbed out, woozy soundscapes to actual great song structures.

5. Drab Majesty – Careless (Dais)
Missed the show at Vitus but heard how good it was from so many people that I checked it out. Undeniably ’80s aesthetic worship—really gothy and I hear Tears for Fears and Depeche Mode vibes. Catchy.

6. Prurient – Frozen Niagra Falls (Profound Lore)
I’d long been a fan of Prurient albums like Pleasure Ground and …And Still Wanting. I’m into the that visceral quality. I saw him play live back then and was really devastated by it. Then a few years back he put out Bermuda Drain which also blew me away. It was really cool to hear him go in such a different direction; a lot of noise purists hate that album but I thought it was amazing. After that I got into the Vatican Shadow stuff as well. To me this record is like a culmination of all the best stuff he’s done over the past 10 or so years. It’s brutal and noisy, has a lot of electronic elements, his unmistakable lyrics, and also somehow feels like one of the most cohesive and listenable records in his discography—while still being undeniably Prurient and completely uncompromising. The best part is it’s a double LP that doesn’t seem ostentatious. Was lucky enough to share the stage with Dominick [Fernow] this year and I’m a huge fan of pretty much everything he does.

7. Arca – Mutant (Mute)
At a first listen I found this record to be really fragmented and it didn’t hook me. But once you listen more it comes into focus and it immerses you. Really crushing and beautiful. Love the classic contrast of harsh and delicate elements, but the feel and texture here is really his own. I think he’s one of the few people doing truly original things with electronic music.

8. Them Are Us Too – Remain (Dais)
Classic ’80s Cocteau Twins vibe is the easy comparison, but her voice and the songwriting are truly great. Not too much else to say; it’s just a pleasant album I enjoyed.

9. Beach House – Depression Cherry (Sub Pop)
Bloom is one of my favorite records of recent history. I’ll probably like anything Beach House does at least a little. The reviews all said this record had a lot of new ideas; I really like it but do think it sticks to the BH formula. However to me that formula is a winner every time. I don’t know if it’s just ’cause it came out first but this one just seemed to have better songs than Thank Your Lucky Stars for me. Any year with two BH records is a good year.

10. Oneohtrix Point Never – Garden of Delete (Warp)
The last album I added to my top 10. I somehow completely missed this one for a while. I was a big fan of all the Rifts material, but he kind of lost me with the subsequent albums a bit. When I finally listened to this I was pretty blown away. It abandons the arpeggiated analog synth Blade Runner vibe, but somehow still sounds like the same artist taken to the next level in every way. This sounds like truly forward-thinking music. He’s inventing his own language while referencing his own catalog as well as the collective history of electronic music. I grew up listening to Aphex Twin, Squarepusher, etc., and this gave me the same kind of feeling I got the first time I heard those artists. In fact, to me this blows away anything those artists have done recently. I wish that Aphex Twin would put out records this moving again. If you like any experimental electronic music at all I can’t recommend this record enough.

Sannhet’s latest album, ‘Revisionist’, is now available through The Flenser. Stream its sky-scraping instrumetal songs below.

Previous Stephen Brodsky’s Top Music and Films, From Prurient to ‘Mad Max’
Next A Look Back With Room40’s Lawrence English and Guitarist Norman Westberg