A QUICK TALK WITH … Taylor Deupree 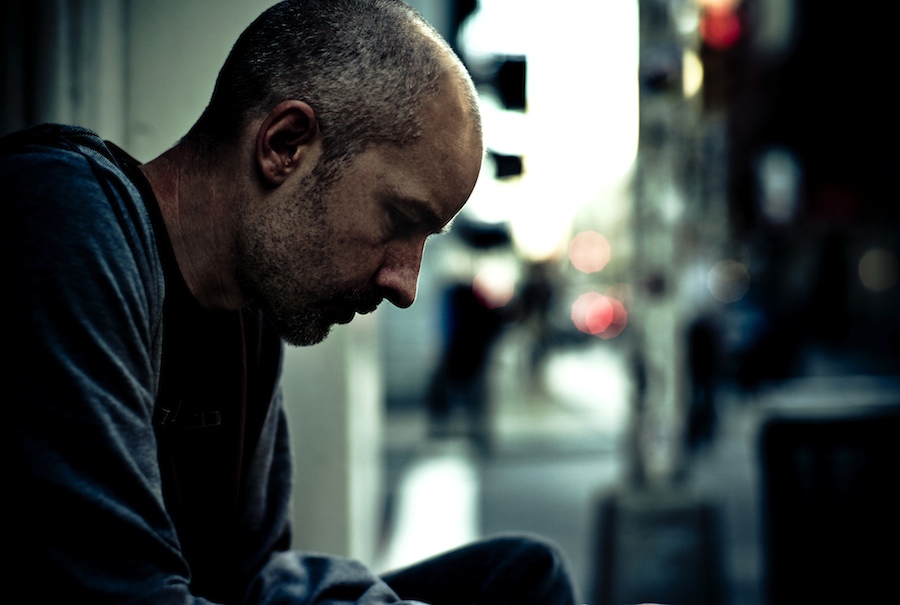 As part of our ongoing Unsound Festival coverage, we recently tracked down Taylor Deupree, a photographer/graphic designer/sound sculptor best known for such landmark LPs as Stil. and his influential ambient/electro-acoustic imprint, 12k. Deupree will appear at Issue Project Room tomorrow night, facing off against the live improv pieces of GÃ¼nter MÃ¼ller in the second installment of the Unsound Labs: Collaborations series. Gang Gang Dance‘s Lizzi Bougatsos is also performing alongside a Swiss artist (Norbert MÃ¶slang) at the one-night-only event, which is broken down in full here.

And if you’re not sure what any of this music really sounds like, we’ve included an exclusive live Deupree MP3 below, along with his thoughts on why computerized compositions just don’t do it for him anymore…

Could you tell us briefly about your evolution as a musician–didn’t you start out making techno and then move into more computer-based music?
I started out in the mid-’80s, making some hybrid of alternative/new-wave/industrial, heavily influenced by early Factory Records bands and the Legendary Pink Dots. Once I got into the professional music world, I had been doing techno and ambient music and, yes, that lead its way into computer-based music, which was just coming up and offered such new possibilities. But after a while of that, I began to tire of the sterile sound and missed noise and imperfections and started going quite organic with my music, which is where I’m at now–recording to tape and experimenting with different signal paths and staying away from the computer as much as I
can.

How are you going to approach your live collaboration with GÃ¼nter MÃ¼ller this weekend?
The day before this weekend’s concert, GÃ¼nter and I will do some rehearsing in my studio. I expect it to be a live improvisation of his manipulated recordings and my network of guitar pedals and instruments. I don’t plan on using a computer at all. This is the first time we’re playing together and, in fact, the first time we’ve really met, so it should be exciting.

Could you talk briefly about the continued growth of your label? What have been some highlights for you?
The label is really a product of love and passion. It defines who I am as a person in a lot of ways and I put a lot of personal emotion into it. It’s constantly evolving and staying afloat in this very confusing time for the music business.

Some of the recent highlights for me include Marcus Fischer’s Monocoastal, which was the first time I got to work with him. That meeting led us into a collaboration, which should come out later this year.

The thing I love about many of the releases is that I tend to rediscover them at various times. This week I’ve been listening to Autistici’s Volume Objects, which came out a number of years ago but is still very fresh sounding and offers so many tiny sounds to explore. It’s always different. I’m also very fond of the Seaworthy album Map In Hand because it was so different for 12k at the time, being primarily just an album of unprocessed guitar. It was a radical departure, yet now seems so natural.

Where do you see the label headed next?
The way the label usually evolves is that I schedule releases from roster artists, which define the base sound for the label and then some demo or new friend will come along that creates something quite different that often sparks a new direction or at least keeps listeners on their toes. Coming up next is the third 12k album for Fourcolor, who is one of the most important roster artists, as he’s a good friend and we’ve been working together for a long time. After that is a pretty epic 3-CD set from Kenneth Kirschner, who never fails to test the limits of the label and our listeners. Pretty amazing stuff on that one. I’m also in touch with an artist from California who released one of my favorite electronic music CDs 10 years ago and I’m looking to reissue it so more people can hear it. I hope I get everything settled with her for a release this year. And then there’s my collaborations with Marcus Fischer and Savvas Ysatis that will probably see daylight by the autumn. I’m also working with a great band called The Boats, who have released some wonderful albums over the past few years. That should be a bit of a different sound for 12k. It’s all exciting.

Are you working on a new album too?
After I finish this collaboration with Marcus Fischer and get into a couple of other planned collaborations, I’ll be starting a new solo album, either for 12k or another label who has expressed interest in a new album this year. I’m so busy with other people’s music, whether from the label or from the mastering business, that finding time for my own can be a challenge:But I’ve got a lot of ideas and just want to embed myself in my studio and create without any heavy set of rules or concepts–just do what comes naturally.