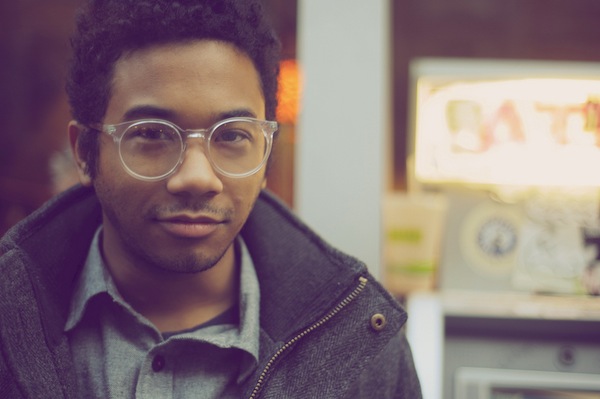 If we had to pick a favorite in the Great Chillwave Race of 2010 (don’t blame us for that word; blame Pitchfork and Hipster Runoff), it’d have to be Toro Y Moi.  The reason is simple: as much as we dig the tranquilizer gun tracks of Washed Out and other bleary-eyed blog stars, Chaz Bundick is a bit more indebted to classic pop songs. The guy also knows how to put on a show, laptop and all, as he dances with himself and delivers a series of sun-scorched samples and deftly-spliced harmonies.

We spoke to Bundick at Cake Shop, right before one of his New York gigs with Neon Indian.

How did you get started in music?
It started with piano lessons at about 8. Sorta forced with a Filipino mum…you know, the Asian lifestyle. [Smiles] I hated it and swore I would never practice and so by the time I was about 10, I quit. Then when I hit seventh grade, I picked up a guitar and that was when I started to finally enjoy playing music.

Guitars always seem kinda cooler when you are 12 or 13…
Totally! And you are old enough to start finding your own music and influences. I got a four-track at about 15 and that is when I actually started making my own music.

Oh I loved At The Drive In…I saw them play years ago.
You did? I would’ve loved to have seen them play. What else? Hmm…Blink-182, and umm… the Can’t Hardly Wait soundtrack.

Wow. So your music was a combination of those three influences?
[Laughs] Yes, sadly. I don’t think I would play anyone those songs because my voice was so crackly. It still cracks now, but it was really bad then. So pre-pubescent sounding.

Do you remember any lyrics?
Yeah. “Why? Why would you lie? I can’t tell why?” It was so bad! I don’t even want to think about it. Typical A/B/A/B rhythm.

So your songwriting was largely based on Blink-182?
Then yeah, but now I would say my big influence is Ariel Pink, just because of his oddness. That is how I ended up freestyling Causers of This. There was only one song I had written the lyrics beforehand.

Really?
Yeah I wouldn’t do it all in one take, but I would remember what I just said and re-record it. It is sorta a better process as I can talk about what is currently on my mind.

And so how did Ariel Pink influence this way of writing?
Just how his songs sound. They are so crazy, schizophrenic and he would go into characters.

“It makes it sound like I have no idea what I am doing.” How did this change in influence happen?
College. Meeting all these kids with different interests. There is a small music scene in Columbia (South Carolina) and it helped me get in touch with that side. I really liked Yo La Tengo and how they would go from rock to bossa nova sounds. That is what I wanted to do with my music–have such severe changes.

Another thing I noticed is how the vocals on your album are not only ‘un-buried’, but quite pop.
It’s funny because people will call my music “lo-fi bedroom recordings” and I will be like, “Hey!” It makes it sound like I have no idea what I am doing. I mean, I used to always turn my vocals turn down low but have now decided that because I was really into writing pop songs I should just make them pop.

Well, some people have negative connotations with writing pop music…
I started bringing the vocals up more when I found out other people were listening to my music and wanting to know what I was saying. I used to bury the vocals quite low live but now I put a tight delay and bring it up really high.

So now that Causers of This is out, I hear you are already writing another album?
Yeah. The new one is where going to be more lo-fi, where characters come out. This is the album where I will be name-dropping my friends in and am going to be like “Oh you heard that song? Oh sorry.” [Laughs] I would like to share both sides and be a bit more personal with my lyrics.

Do you mean something like the Girls album? More diary-esque?
Oh yeah…those songs are so deep. I’m going to be intrigued by the reaction to my friends when they hear them.

What about your album art and blog?
Since both those mediums are coming out of one source, I think my music and art are related by default. I like simplicity, so everything is simple, but I also like how would you call it? Cloudiness? However, I don’t have a specific style, sometimes it looks super design-y and others look very D.I.Y.

You’ve done a bunch of touring. How has it been going?
Yeah I’ve been touring since August, the last [leg] being with Neon Indian. When I met him, we were talking about our albums and he said basically half his album is about one girl and mine kinda is too.

No names mentioned though?
Well no…But there is this one song called “Imprint After,” and it’s talking about how this girl left her mark, but she also left me for a Mark.

Ha ha!
Yeah it was a kinda play on words. I know it sounds cheesy! For her, it must have been a “fuck you!” but to me it was just another line saying basically “you left me for a Mark.”

Where did you get your band name from anyways?
Toro Y Moi? I thought of it when I was in 15 and wanted it to be as random as possible. I thought it was cool that there were two languages in the name. I had no idea I would still have it and would at some point need a story behind it. I had a conversation yesterday about how hard people find pronouncing it. I’m not sure why. Previous NOW PLAYING: Mogwai, Rock Action (Matador, 2001)
Next RECORDING UNDER THE INFLUENCE: From the Creepy Films of John Carpenter to Emmet Otter’s Jugband, RJD2 Chips Away At ‘The Colossus’