A Sunny Day In Glasgow’s Songs to Spite the Executioner 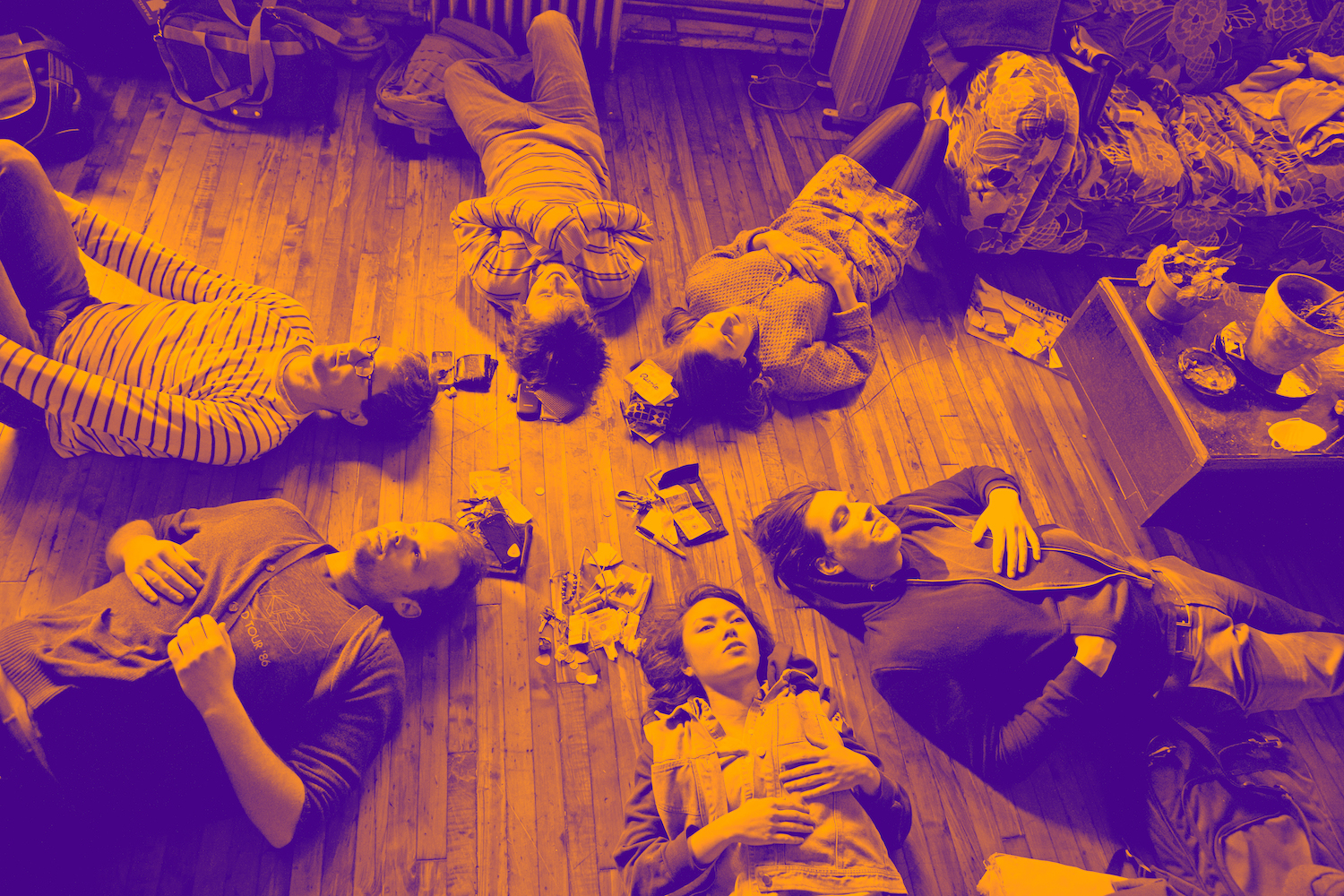 Seeing as how we have no way of stopping the inevitable—the untimely end of me, you and everyone we know—A Sunny Day In Glasgow have shared their way of staring death’s scythe down: a thorough Songs to Spite the Executioner playlist, ranging from the punk-rock poetry of Jim Carroll and forest-dwelling folk of Faun Fables to the darker, more subversive works of Frank Sinatra, Jimi Hendrix and Johnny Cash. Subscribe to the band’s set via Spotify here or have a listen in full down below right alongside their track-by-track commentary.

A Sunny Day In Glasgow’s latest album, the sky-scraping Sea When Absent, is available now through Lefse. Scroll all the way down for selections from that record and a recent Ice Choir remix…

1. The Jim Carroll Band – People Who Died
“They were all my friends, and they died.” Such a killer chorus.

2. Bruce Springsteen – No Surrender
I love this song and any chance to hear outside of its use in political rallies is a good thing because it has nothing to do with politics and everything to do with life.

3. Arthur Russell – That’s Us / Wild Combination
There’s such a bittersweetness to Arthur Russell’s songs. Even as pop, it’s like they carry the weight of some definite knowledge. This might even be one of his happiest songs and still it’s not without the heaviness of life about it. It sounds like he’s always addressing the fact of living while knowing about dying.

4. Downhill – Days
Such a wonderful elegiac tune. I’ve heard Days met at architecture school in Sweden, put out this one and only EP, and promptly disbanded. Schoolboys laughing in the face of the inevitable—”I’ve come to realize, it’s downhill…”

5. Lilys – Elevator is Temporary
I think it’s the best song about suicide, maybe tying with “Can’t Hardly Wait.” The Lilys are a band you should listen to a lot.

6. Tom Verlaine – The Scientist Writes a Letter
One of my favorite guitarists channels Sondheim on this tune about turning your back on life for art. He makes a convincing argument.

9. They Might Be Giants – I Hope That I Get Old Before I Die
This motto seems way more believable than The Who’s version.

10. Frank Sinatra – That’s Life
He’s says he’s going to roll himself up in a big ball and die, but I don’t believe it.

11. Johnny Cash – Sam Hall
This song literally spites the executioner. There are, of course, a million folk ballads like this, but I prefer “Sam Hall” for the refrain “damn your eyes”; it was the first time I ever heard that phrase and I still think it’s great.

14. The Amps – I Am Decided
Around the time of the Breeders hiatus in the mid ’90s, Kim Deal decided to call herself Tammy Ampersand, decided to start a band called Tammy and the Amps, then decided on just “The Amps.” It wasn’t long before she decided to change the band’s name back to the Breeders. I’ve been on a Kim kick lately. It happens every few months.

16. Jimi Hendrix – Bold As Love
This song seems really heraldic, like something you would play in medieval times if noose around your neck snapped or the rope tied to the boulder plunging you to the bottom of the lake came loose, and you ran/swam away, bold as love.