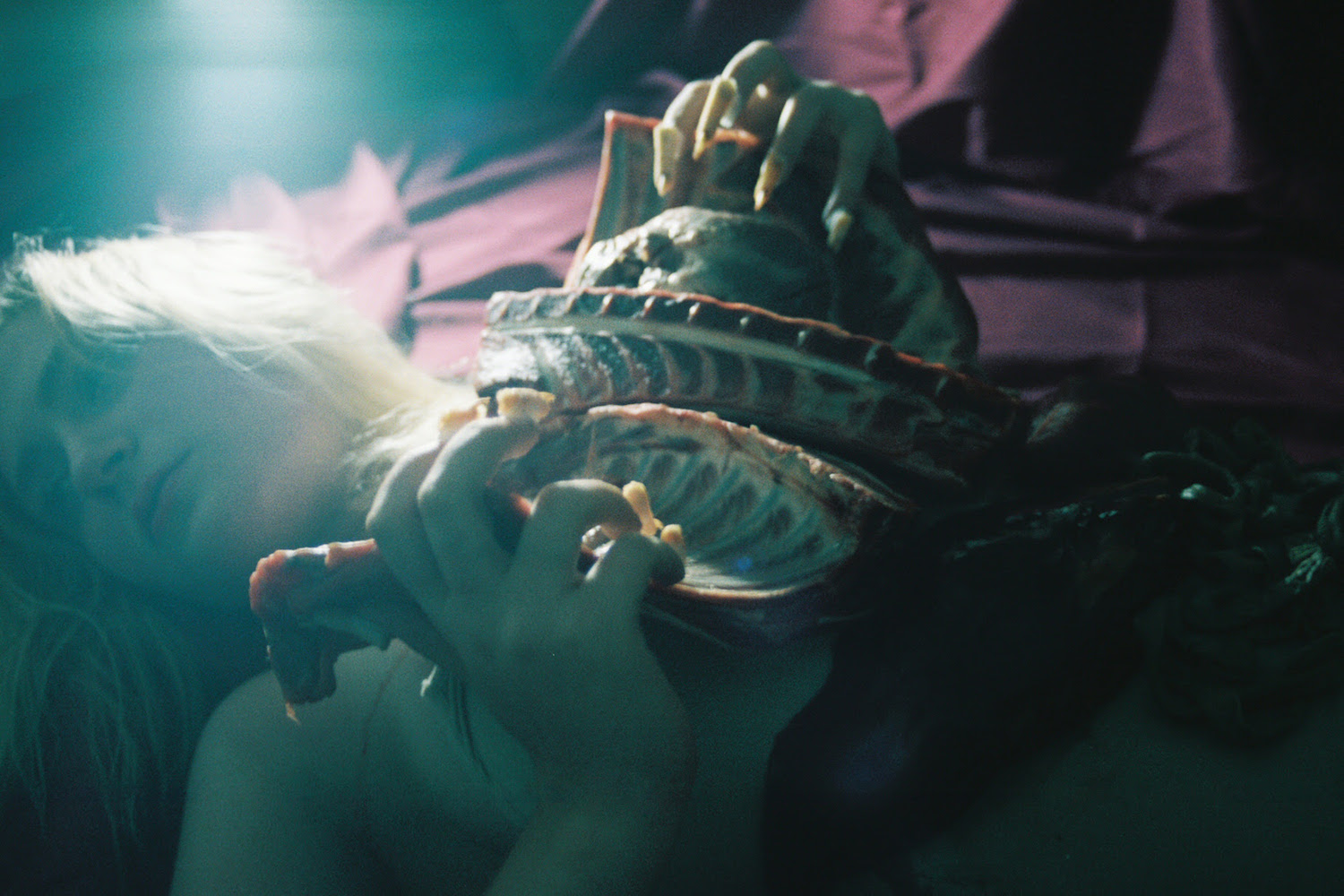 Pharmakon has revealed her second proper album for Sacred Bones, the deeply personal and profoundly distressed Bestial Burden. Due out October 14th, the record was written while Margaret Chardiet was bedridden by a major surgery that derailed her first European tour four days beforehand.

“After seeing internal photographs taken during the surgery, I became hyperaware of the complex network of systems just beneath the skin,” explains Chardiest, “any of which were liable to fail or falter at any time. It all happened so fast and unexpectedly that my mind took a while to catch up to the reality of my recovery. I felt a widening divide between my physical and mental self. It was as though my body had betrayed me, acting as a separate entity from my consciousness. I thought of my corporeal body anthropomorphically, with a will or intent of its own, outside of my will’s control, and seeking to sabotage. I began to explore the idea of the conscious mind as a stranger inside an autonomous vessel, and the tension that exists between these two versions of the self.”

Helping the rising noise artist capture this critical struggle was Cult of Youth frontman Sean Ragon, who recorded its six purification songs at his Brooklyn studio/record shop Heaven Street. According to a press release, “He allowed Chardiet to experiment with a mix of live recording and tracking, and some of the vocals were recorded live with a group of people packed into the studio so she could feed off their energy.”

Kinda sounds like one of Pharmakon’s confrontational live shows. Check out the Bestial Burden trailer below (directed by Jacqueline Castel), along with cover art, a complete tracklisting and tour dates supporting the almighty Swans…