Zola Jesus On… the Character Acting of Brad Dourif 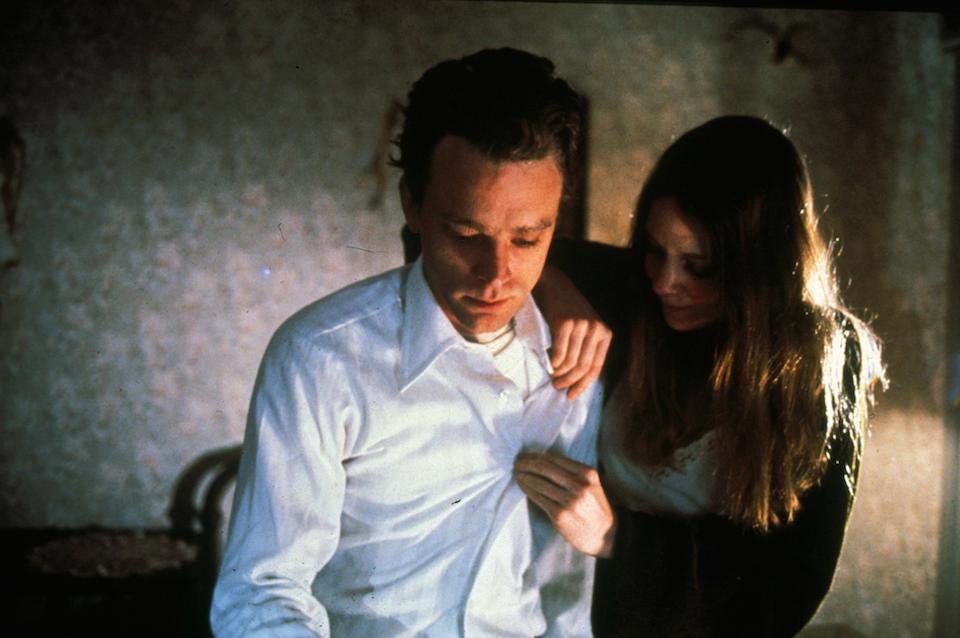 I never quite understood balance. Like a fire walker, I jump between white and black, hot and cold. It’s in the extremes I feel most alive, where everything is a blinding vivid shade of pure. I try to find balance, as it is there you get the golden bests from each world. But as soon as you move an inch away from the fire, it lessens to a stale burn that doesn’t scar nor heal.

I always felt the middle is the hardest place to get to, yet the easiest to get stuck once you’re there. Maybe it is a fear of getting stuck that keeps me moving. And who knows, the middle could be where everything becomes a gel, with a final clarity and wisdom of understanding the extremes but using only what you need from the outer fields of each.

So, for now I bounce back and forth, touching the middle only in passing. What’s the point of settling in between when you can fling towards the margins of polarity? At least I know Brad Dourif is with me on this one.

I’ll never forget the inception of it all. I was in the tour van and casually put on the movie Wise Blood (1979) to drown out the endless hours of road dog ahead and behind me. That shit will melt you if you don’t come prepared with an arsenal of deep imagination, or external media. Little did I know this casual attempt at distracting my senses from brutal inactivity would completely change my days. The man playing the lead character of Hazel Motes mystified me. But was it the actor himself or the character he was portraying that penetrated every inch of my attention? They felt like the same person. Were they not? His intense performance of a disillusioned, godlost soldier coming back from war was electrifying in a way I never would have expected. After watching enough Dourif movies, I can safely report my mystification of the man has not waned an iota. He has an uncanny capacity to find the extremes in any role he’s given, and blur the lines in between.

Since then, I have become ravenous for everything Dourif is in, but mostly concerned with his leading roles since it is there he really seems to be given carte blanche. In reflection of my newfound discovery, I remember seeing him in Blue Velvet, Dune, One Flew Over The Cuckoo’s Nest, even an episode of X-Files! All my life he’s been there, lurking in the corner, doing his thing to the Nth power. Easy to spot once you know the face (which you will probably never forget.)

He is certainly a working actor, and seemingly will take any role he’s given (see: the voice of Chucky in every Child’s Play movie.) He gets around, no lie, and it seems people are keen to give him roles that demand psychosis or mania, or maybe he just can’t help but twist characters in that direction. Regardless, the very few times he has been given a leading role, he brings it majorly down. He is an on-screen annihilator and will gladly steamroll any other actor in his path.

One of my favorite Dourif leading role moments was Istanbul (1985). It is a hard one to explain so I won’t even try, but let’s just say he plays a drifter creep who is alluring and disturbing at the same time. I have a hard time believing that this movie wasn’t more of a lauded testament to his abilities as a character actor. Another great Dourif moment (of which there are too many) is Chaindance (1991). He plays a man with cerebral palsy who prisoner Michael Ironside becomes literally chained to through a government program where prisoners take care of patients at a hospital. The movie has not only a lot of Ironside attempting a leading role, but Dourif doing an insane impersonation of a man with a motor disorder.

Even in his craziest moments there is still a subtlety and realness to his acting that, while always intense, is never unbelievable. The charm about his skill is that he is not afraid to sew the mask on too tight. While it’s a rare asset for an actor, it may also be why he is so easy to typecast.
Thankfully, there is no shortage of Dourif in Hollywood. Whether it’s the short-lived 90’s sci-fi miniseries Wild Palms, or a Herzog bit part, or the straight-to-video film Drop Dead Sexy starring Jason Lee and Crispin Glover–the ultimate…Brad Dourif and Crispin Glover in the same frame!–I’ll be there. I only wish more productions would take him seriously as a lead, for those few extreme gems are a rare breed.