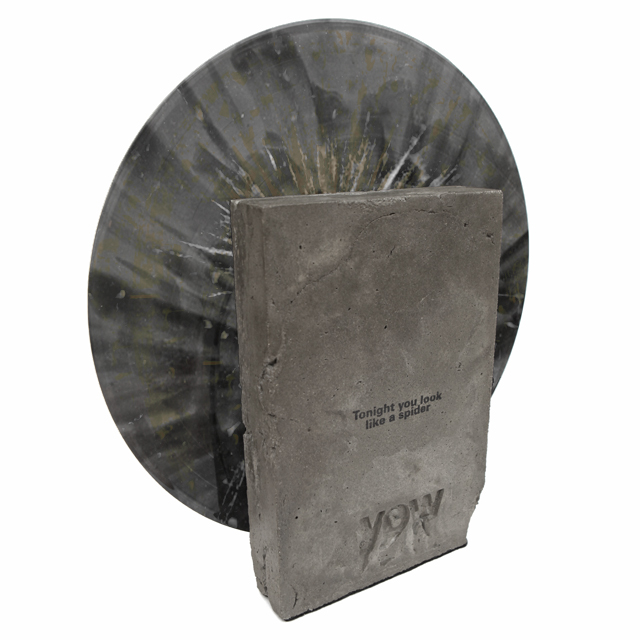 It’s taken him 15 years, an ill-fated handshake deal with Mike Patton, and at least one Jesus Lizard reunion, but David Yow has finally gotten around to releasing his first solo record. Due out June 25th through Joyful Noise, Tonight You Look Like a Spider appears to be an bleak mix of borderline dub riddims, skin-crawling chords, unintelligible rambling and other experimental fare.

Here’s how Yow sees it, along with a free download of “Thee Itch”… Sometime around the end of 1998, my dear and amazing buddy Alex was visiting my house. He knows everything. He showed me the most superficial, broad stroke rudiments of ProTools and I started fucking around. A week or two went by and I was out dancing through the filthy streets of Chicago when I ran into a fella who goes by the name of Mike. Mike is an extremely industrious and good looking man. He grabbed me violently by my dry and flakey shoulders and screamed at the top of his carbon flavored lungs, â€œYOU’RE MAKING A SOLO RECORD AND I’M PUTTING IT OUT WHETHER YOU LIKE IT OR NOT!â€ He was right about the first part. I rented a saxophone for 2 months, I borrowed some guitars and some drums, I rummaged through the kitchen, I squeezed a fat cat, I poked and prodded and ended up with my very own music. It’s real good, if you like that kind of shit. I named it Tonight You Look Like A Spider after a spider I saw one night.