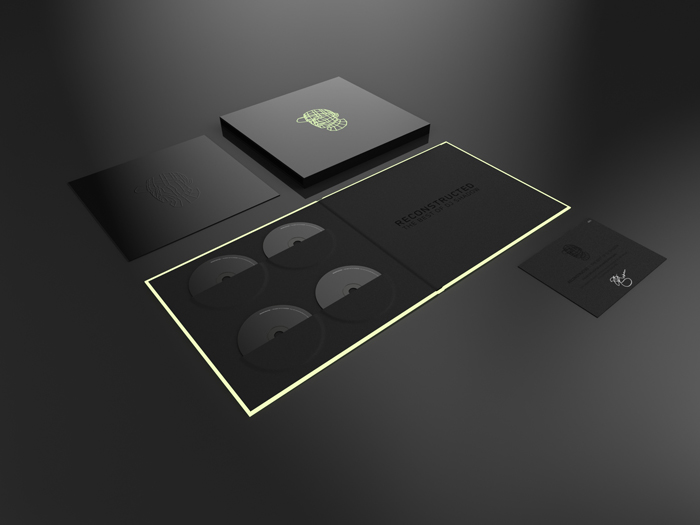 If last year was the long-awaited return of new DJ Shadow recordings, 2012 has been just the opposite–a series of revisionist you-must-learn material that’s included a compilation of early MPC cuts and now this, a long overdue best-of LP. Due out September 11th through Hip-O, Reconstructed: Best of DJ Shadow is a 16-track survey of catalog-skimming productions, from the obvious (“Organ Donor,” “Midnight in a Perfect World”) to the relatively obscure (score work for the NYC subway doc Dark Days). Shadow also dropped two new songs in the mix, including a collaboration with Terry Reid. Which isn’t the same thing as sharing his bleak UNKLE duet with Thom Yorke (“Rabbit in Your Headlights”) but we digress.

Anyway, check out a new Shadow song in the video below, along with a complete tracklisting and cover art. Oh, and if you really want to hear the beat conductor’s full story, there’s always the limited, $270 box set version of Reconstructed, which includes the following…

DJ Shadow, Reconstructed: The Definitive DJ Shadow:
– A black acrylic slipcase infilled with glow in the dark graphic
– A glow in the dark bound book holding all contents of the release
– Seven CDs: Endtroducing…../ Endtroducing (Excessive Ephemera) / The Private Press / The Outsider / The Less You Know The Better / The Best Of The Rest / DJ Shadow Live In Glasgow, 2011
– One DVD: In Tune And On Time
– One 180GSM Vinyl: The Best Of The Remixes
– 12 Page Gloss Laminated + Emboseed Wire Bound Booklet Featuring An Essay By Dave Tompkins Including Selected Discography
– An Individual Certificate Of Authenticity Signed By DJ Shadow