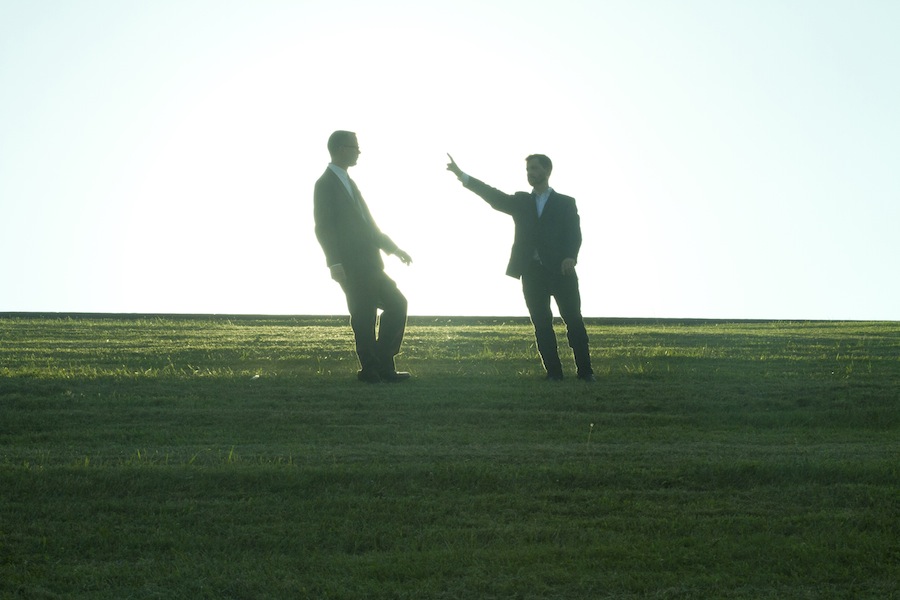 Fresh off their recent signing to Thrill Jockey, Matmos will release The Ganzfeld EP on October 16th, with a proper LP set to drop in early 2013. Both releases are inspired by twisted telepathic techniques that are best explained as follows:

For the past four years the band have been conducting parapsychological experiments based upon the classic Ganzfeld (“total field”) experiment, but with a twist: instead of sending and receiving simple graphic patterns, test subjects were put into a state of sensory deprivation by covering their eyes and listening to white noise on headphones, and then Matmos member Drew Daniel attempted to transmit “the concept of the new Matmos record” directly into their minds. During videotaped psychic experiments conducted at home in Baltimore and at Oxford University, test subjects were asked to describe out loud anything they saw or heard within their minds as Drew attempted transmission. The resulting transcripts became a kind of score that was then used by Matmos to generate music. If a subject hummed something, that became a melody; passing visual images suggested arrangement ideas, instruments, or raw materials for a collage; if a subject described an action, then the band members had to act that out and make music out of the noises generated in the process of the re-enactment.

Fans looking to recreate this experience can pre-order some very strange ‘deluxe’ versions of The Ganzfeld EP from Thrill Jockey’s store. We’d be surprised by all of this if Matmos hadn’t already made a record out of medical procedure melodies, and a self-titled mix solely out of severely tweaked cassettes.

As for where you’ll be able to see Matmos live this fall, they are playing a pair of shows for Thrill Jockey’s 20th anniversary in September. Here are the details, along with the complete tracklisting of the pair’s EP and a free download of “Very Large Green Triangles (Edit)”…