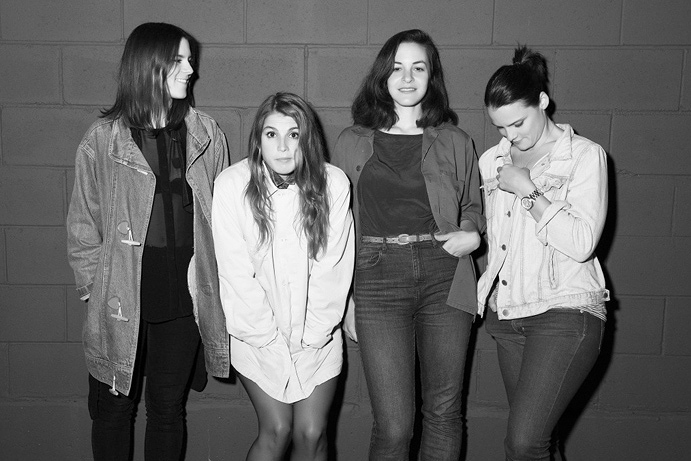 TEEN have announced a fall tour with Hospitality that starts on September 29th in Chicago and winds down on October 27th in Chapel Hill. The Brooklyn band also dropped a mixtape that’s much moodier than their Carpark debut (In Limbo, August 28th), applying elements of Aphex Twin, Suicide, Laurie Anderson, OutKast and more to their own narcotic pop blend.

“Making a mixtape is the perfect opportunity to do something different with no rules,” they explained in a press release. “The challenge of taking things that don’t make sense instinctually and then making it work is so exciting. Like pairing 702 and Aphex Twin. Outkast and [the poet] Wang Wei. It creates an off-kilter feeling that seems like you’re stuck in a dream. Kind of like being in love in the summer.”

Grab Rumblette down below, alongside all of TEEN’s upcoming tour details, including one-off stops with Dean Wareham and Ariel Pink…