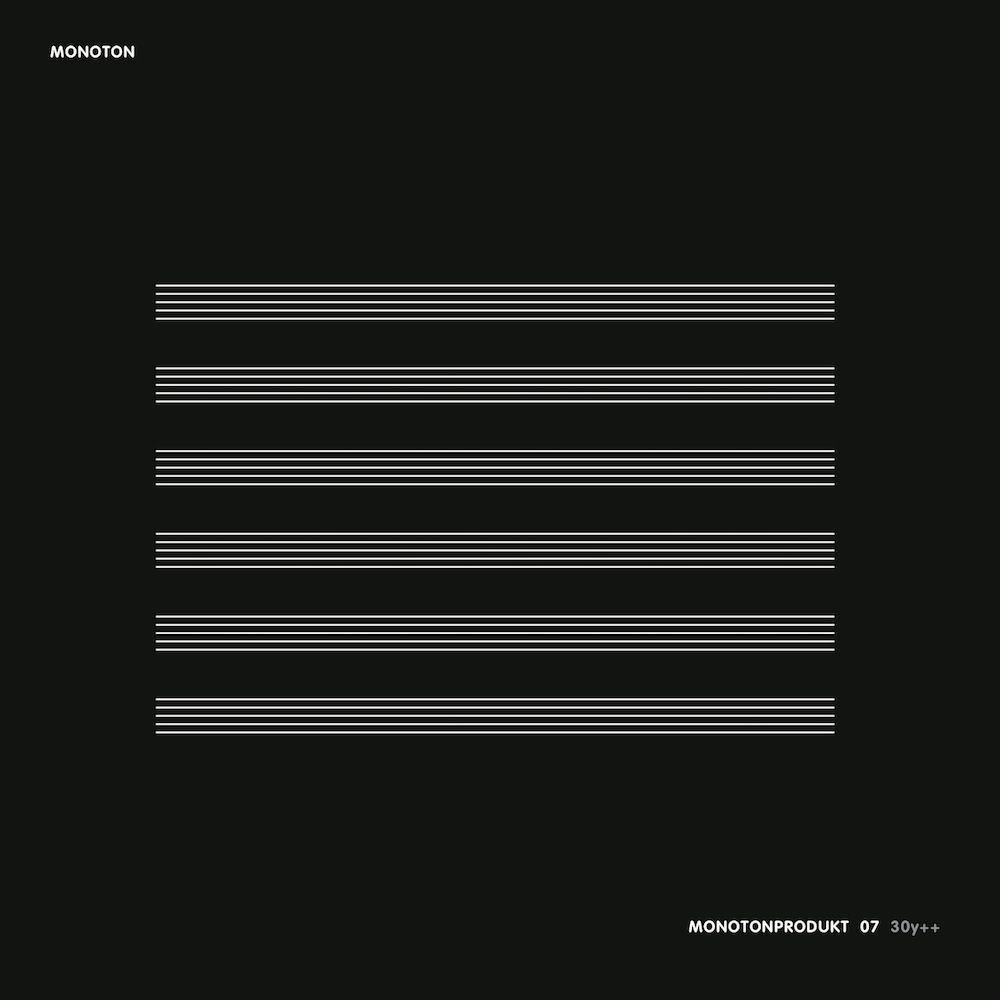 Monoton, Monotonprodukt07 (Monoton, 1982)
When we made our monthly pilgrimage to Other Music last Friday, the best/worst possible scenario happened: Someone completely in line with our collective tastes had clearly unloaded a stack of LPs and limited singles on the used vinyl section. Among the spoils was a $25 copy of Konrad Becker’s Monotonprodukt07 album, a 31-year-old release that recently went through five runs at the London label Desire Records.

Why are there so many freshly-pressed copies of such a cult record floating around, you ask? Well despite starting with a song called “Dancing&Singing,” this isn’t exactly club music. Becker’s cold-pressed chants, chitter-chattering keys and frosted beats hint at everything from the definitive dub-techno of Basic Channel to the entire Minimal Wave roster. And while the writer/researcher considered Monoton more of a theory-driven art project than a music production alias, there’s no denying how warm and revelatory the whole record sounds.

Or as an Other Music employee told us, “Someone asks about this record every week. And while I just put it out in the racks 15 minutes ago, I’m not surprised someone already bought it.”