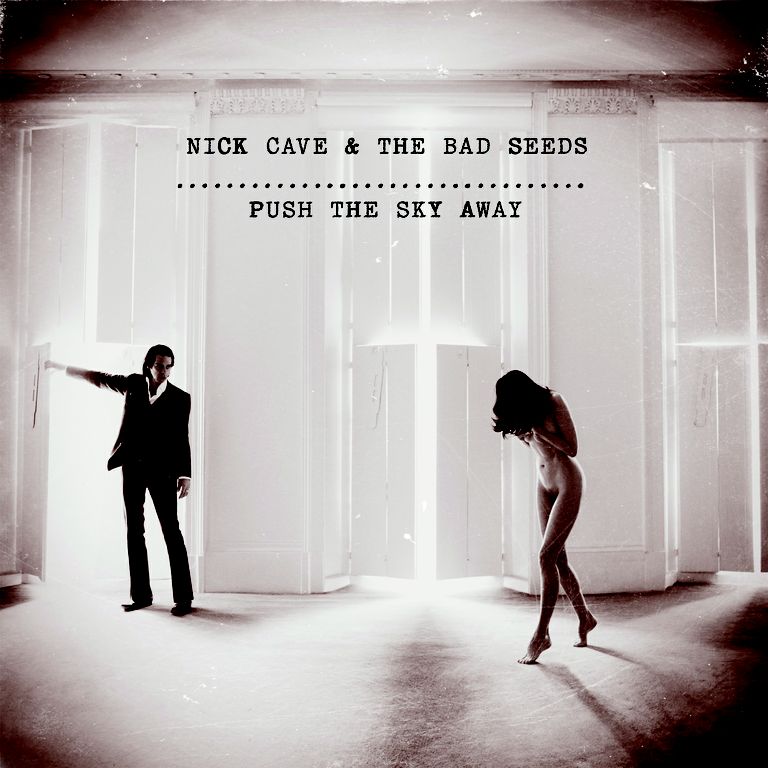 Our Review: Well this is exactly what we were hoping to get out of Nick Cave’s 15th album with the Bad Seeds: a discomforting descent into a self-made hell that was heralded by its first couple singles (“We No Who U R,” “Jubilee Street”) and sparse, shame-ridden sleeve. (What’s behind Door No. 1? Why, it’s Nick Cave, here to ‘show you the light’!)

Seriously though; look at that cover over to your left while listening to a full stream here. It says it all in a shot, really, in the same way the band’s last record (2008’s Dig, Lazarus, Dig!!!) did the opposite, shoving subtlety aside with flashbulbs and a color-saturated marquee. It’s as if the Bad Seeds exorcised their collective id on the last two Grinderman LPs and decided to dial all that pelvis-thrusting rock ‘n’ roll down with a fully realized world of quiet storms and off-camera killings. Because what could be more unsettling than a record that’s full of restraint?

Sure enough, as strings hover like the cold blade of a freshly unsheathed knife and Cave’s rhythm section rumbles at a leisurely but lethal pace, you’re left wondering when the hammer’ll come down. And when it doesn’t–when songs like “We Real Cool” ratchet up the tension without a semblance of relief–we are left with little hope and lots of lingering images from Cave’s carefully composed lyric sheets. Mermaids. Seventy-two virgins on a chain. Fetuses on leashes. Miley Cyrus and Hannah Montana. Bodies that’ve been torn apart by toys. Cleaning ladies sobbing into their mops. On and on it goes, until the curtain suddenly comes to a close, and we’re left wondering what just happened. One thing’s for certain, however–Cave hasn’t mellowed with age; he’s simply figured out how to paint the bleakest of pictures without lifting his voice beyond a mere, menace-laden whisper.