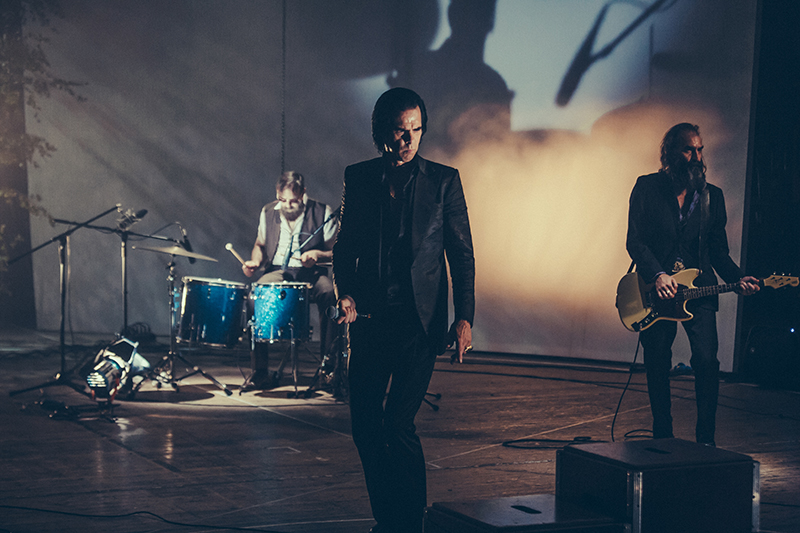 Nick Cave & The Bad Seeds have shared a digital single featuring two previously unreleased tracks from the acclaimed documentary 20,000 Days on Earth. Available to stream below (and as a limited 10” pressing on November 10th), it includes a new slow-burner called “Give Us a Kiss” and a live version of “Jubilee Street” from the movie’s final moments.

“‘Jubilee Street’ forced its way into our film,” directors Iain Forsyth and Jane Pollard explained in a press release. “We’d planned to end with ‘Push The Sky Away’ and it’s pertinent lyrics about rock ‘n’ roll getting you right down to your soul; but after the band played ‘Jubilee Street’ at Sydney Opera House we didn’t stand a chance. Only four songs in and there was Nick, transforming in front of us. Our lives haven’t been the same since.”

The last major stateside screening of 20,000 Days on Earth is set to happen on September 20th at New York’s Town Hall, complete with a Q&A and solo piano performance from Cave and a discussion with the film’s directors. Fans who are unable to attend will be able to watch a live stream at Noisey, details TBD. In the meantime, here’s the official trailer and those aforementioned tracks…