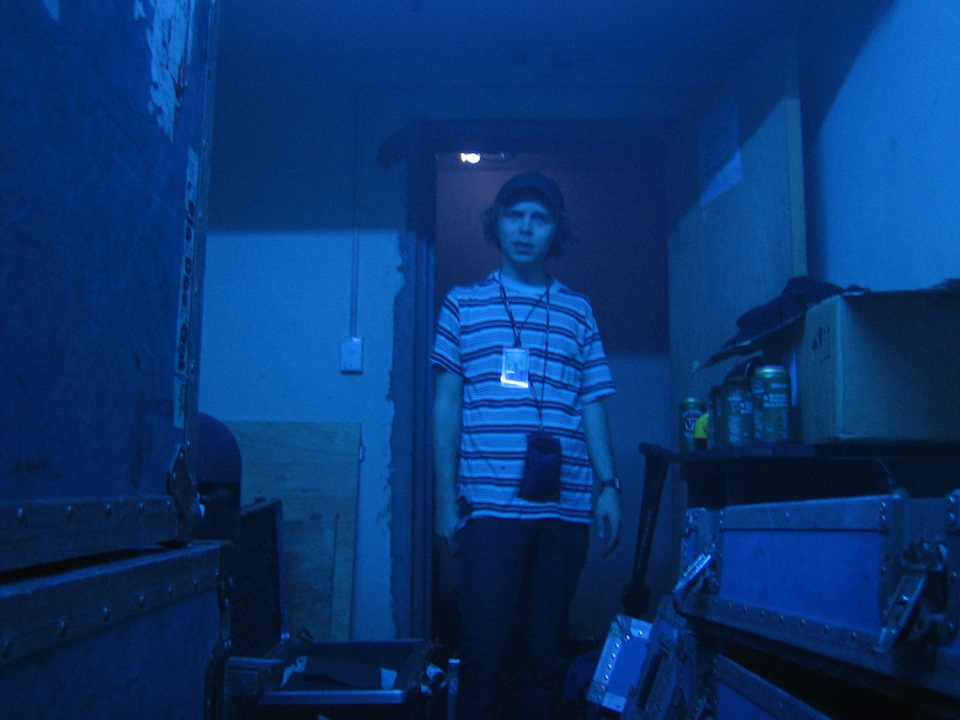 After returning to DFA for a couple releases last year, Eric Copeland has shifted gears once again by joining the disjointed dance-not-dance ranks of L.I.E.S. Records. Due out September 15th, Logo My Ego is a mini-LP featuring five new songs the label (rather accurately, when you consider the lead single below) describes as follows:

When listening to this record, some may say it sounds like, “a bunch of crying disco loops melting under the sun”

Others could call this “some form of ultra demented pop music created to destroy pop music whilst trying to co-exist in a parallel dimension simultaneously getting caught in some sort of purgatory to suffer together infinitely.

At points some of the tracks are driven by a possessed rhythm box going in and out of sync as a tape player with broken pitch chews and warbles everything in its path.

Other times the music is like a slow dry mouthed mule caravan trudging through the desert looking for a oasis while hallucinating on dmt.

And some may even be turned on when things take an unexpected turn for the worse as out of tune melodies, and skewed abrupt breaks in the music grind and scratch the listeners face with its jagged nails.

To say this isn’t a masterpiece would be a gross understatement.