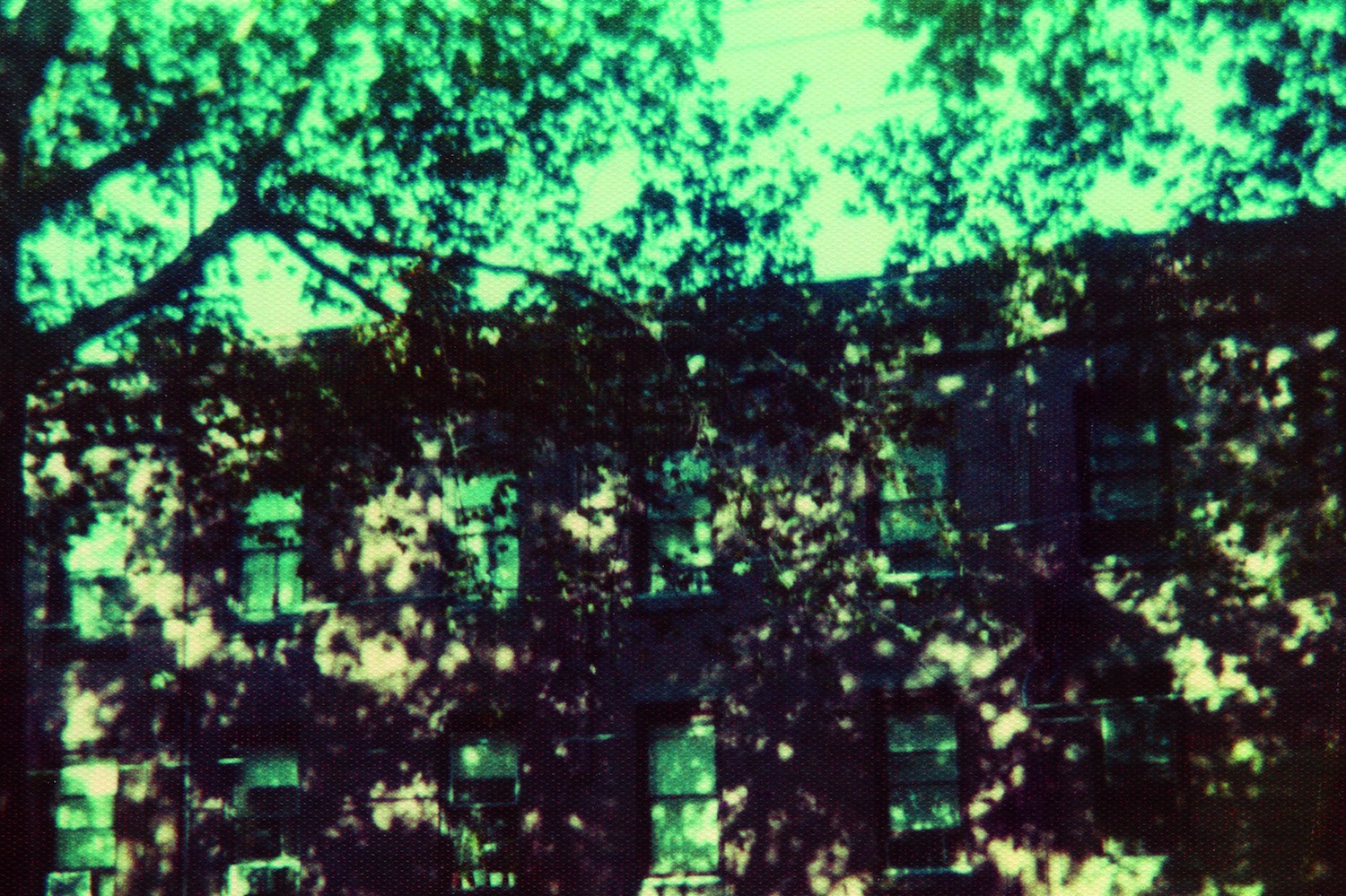 All anyone ever wants to ask Dante Carfagna about is records. Which is understandable considering his curatorial connection to Numero Group’s Eccentric Soul series, the long dormant Memphix label, last year’s excellent Personal Space compilation, and the beat maker bible Wax Poetics. Oh, and we’re pretty sure he goes crate-digging with his close buddy DJ Shadow on the regular.

Here’s the thing however—Carfagna released a holy grail record under his Express Rising alias a decade ago, and never repressed the thing despite its cult status among many underground heads who appreciate morphine drip melodies, subtle sampling and laid-back loops. (The only reason we have one is because we quickly snagged a copy after Turntable Lab recommended it in its weekly newsletter.) So in certain circles, the recent self-titled return of Express Rising—distributed through his friends over at Numero Group—is a moody reminder of Carfagna’s limited contributions to the downtempo canon as an actual musician, right down to swiping in red-blooded instruments (guitars, organs, synths, a simple drum machine) for sample banks and breaks.

But as we said before, Carfagna doesn’t like to talk about records too much, so we asked him about five of his non-musical influences instead. Here are his thoughts on everything from pinball machines to Peru…

Rudolph Wurlitzer
Like many, I came to Wurlitzer’s work through the Monte Hellman movie Two Lane Blacktop. Finding out that he was also of Ohio lineage, I poked around some of his other screenwriting credits and watched the baked Glen and Randa, the rather insane Walker, and revisited Pat Garrett and Billy the Kid. There is an easy sophistication to all of his film work, like hanging out with a person that you just met but feel like you’ve known forever. Wurlitzer’s prose work is also very interesting to me, as he often deals with end times, loneliness and consummation. His book Quake reminded me of Olaf Stapledon in reverse, where rather than illustrate an outbound sense of humanity and wonder, he describes the collapsing and folding of one’s existence and the result is not particularly beautiful. I get a sense that Wurlitzer is always trying to find elegant ways to define boredom, a human emotion that is rarely discussed as a fuel to creativity equal to inspiration or excitement.

Pinball
Most people don’t know that pinball was largely illegal in the US from the mid ’40s until 1974. Chicago was ground zero for the pinball industry throughout the 20th century, counting dozens of companies and hundreds of designers, artists, and electronic engineers as part of a largely unheralded industry in a city known for its Big American Business. There is a humanity to the game of pinball which is lacking in pretty much all other skill-based diversions. The silver ball reflects both your image and the environment it occupies, so there is obviously some kind of poetry to be found there. Analog to life, you are in control, but you are not really in control. When the ball wants to drain, it will drain, and regardless of skill there is little you can do to prevent it. Wrestling with this inevitability is what makes pinball such a beautiful game. No matter how long or well you play the game, make no doubt, it will end. You might get to put your initials on the board for others after you to see the effort, but you are no longer there, no longer playing the game. John Cohen’s Past Present Peru
This multimedia box (with handle!) came out a few years ago through Steidl and represents words, images, and sounds collected from ethnographer John Cohen’s extensive journeys in Peru over the past five decades. The box houses two photo monographs, five DVDs, and several CDs, all of which are engrossing and beautiful. I purchased the set mainly for the semi-observational films of ritual, daily life, agriculture, and textile making, but have found myself returning to the B&W photographs presented in the two books. Cohen’s photography is understated and sublime, the work of a person completely comfortable in a land that is not their own. His portraiture and landscape both house the same kind of emotional and psychological transport, reinforcing the inseparability of the Peruvian people from their rugged terrain. I trust that the ultimate prerequisite of an ethnographer is to disappear from the sight of their subjects, and all of Cohen’s labors contain a nearly egoless view of a culture that remains in turn ancient and hesitant to join the progressive world around them. An insightful and masterful work from one of America’s most underappreciated explorers.

Cemitas Puebla
Chicago is, if nothing else, one of the premier destinations for Mexican food in the United States. I have good natured arguments all the time with friends in Texas and California about which area has the best Mexican cuisine, and we all claim the same thing, but I’m here to state that Chicago is deep and intense in this matter. The cemita is a sandwich marked by the bread it’s served on, the filling of which can be virtually anything from milanesa, al pastor, jamon, carne asada, whatever. Existing somewhere between a brioche and a freshly baked sesame bagel, the local origin of the bread served at Cemitas Puebla is a closely guarded secret. Everything that makes up the cemita at Cemitas Puebla is diabolical, whether it be the nearly weightless queso fresco, the unbelievable puerco arabe, or the mysterious light green salsa, yet in the end it is all about the bread. The same contents served as a normal torta would be delicious, certainly, but when presented on the roll found at Cemitas Puebla you have in your hands something that transcends gourmet and reaches into realms that even the most jaded of diners would not hesitate to call ridiculous.

Free Solo Climbing
I’m not going to claim that I’ve even once attempted any mountaineering, but I have been fascinated by mountain climbing and its history for many years. To think that man has looked up at such peaks as the Matterhorn, Mont Blanc, Everest, or Nanga Parbat, and thought that reaching the summit on foot was something that could be accomplished is a humbling and humanizing concept. Yet alpinists have scaled all but the most inaccessible peaks on the planet. Fast forward to the contemporary age of extreme everything, and it was inevitable that a minority of souls would consider scaling great walls without the use of rope, harnesses, or any type of safety measure. Free solo climbing is one person, a bag of chalk, and a vertical sheet of rock. This means that a single mistake of any kind will likely result in death, or at the very least, grievous bodily harm. The sight of a lone person on the side of a towering mountain with nothing but their body and mind keeping them pasted to the rock face evokes emotions not often considered and will certainly make your hands damp with nervous sweat just imagining it. Alex Honnold’s nearly three hour solo climb of the 2200-foot Half Dome in Yosemite is one of the greatest human achievements to happen in our, or any, lifetime.