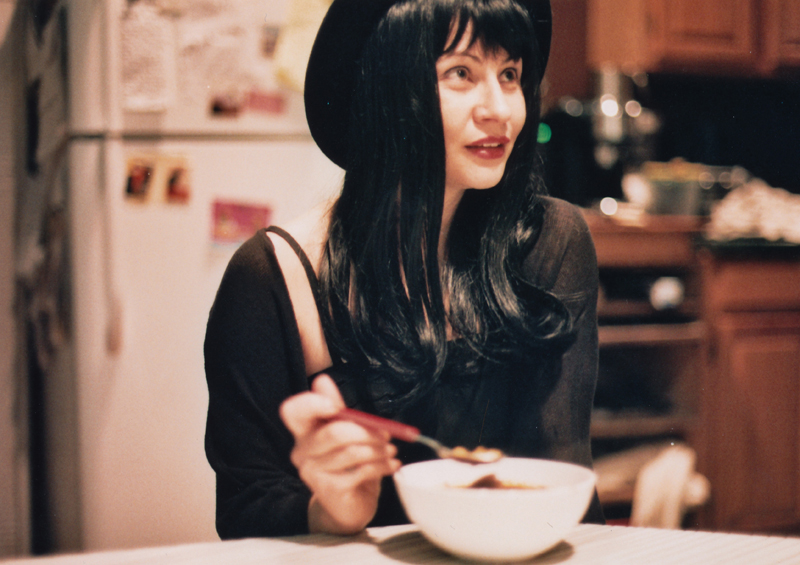 Frankie Rose didn’t learn how to cook as a kid. In fact, it wasn’t until a recent trip home to Seal Beach, California–and a meal at her aunt’s kitchen table–that the singer/multi-instrumentalist even realized what she’s been missing.

â€œI wanted that food!â€ she says. â€œI wanted my mother’s enchiladas, my grandmother’s pozole. So I had to learn how to make them.â€

Five months later and she’s reciting family recipes from memory in her own kitchen while sharing stories about growing up down the street from her grandmother, where a pot of pozole, the traditional Mexican stew, was always simmering.

â€œCan you smell it now? It’s really getting there!â€ says Rose, thrilled to be cooking for company. â€œI don’t care about what I eat aloneâ€–her knife chops functioning as audible periods–â€œI like to cook for my friends. There’s too much food otherwise.â€

Rose’s sentiment fits right alongside the meal’s history as an oral tradition; until now, the recipe for her grandmother’s pozole had never actually been written down. It’s simply been passed from kitchen to kitchen in the Rose family.

â€œAs I get older, these recipes have become more important to me,â€ she explains. â€œThey connect me to my childhood, and I can’t find these dishes, made like this, anywhere.â€