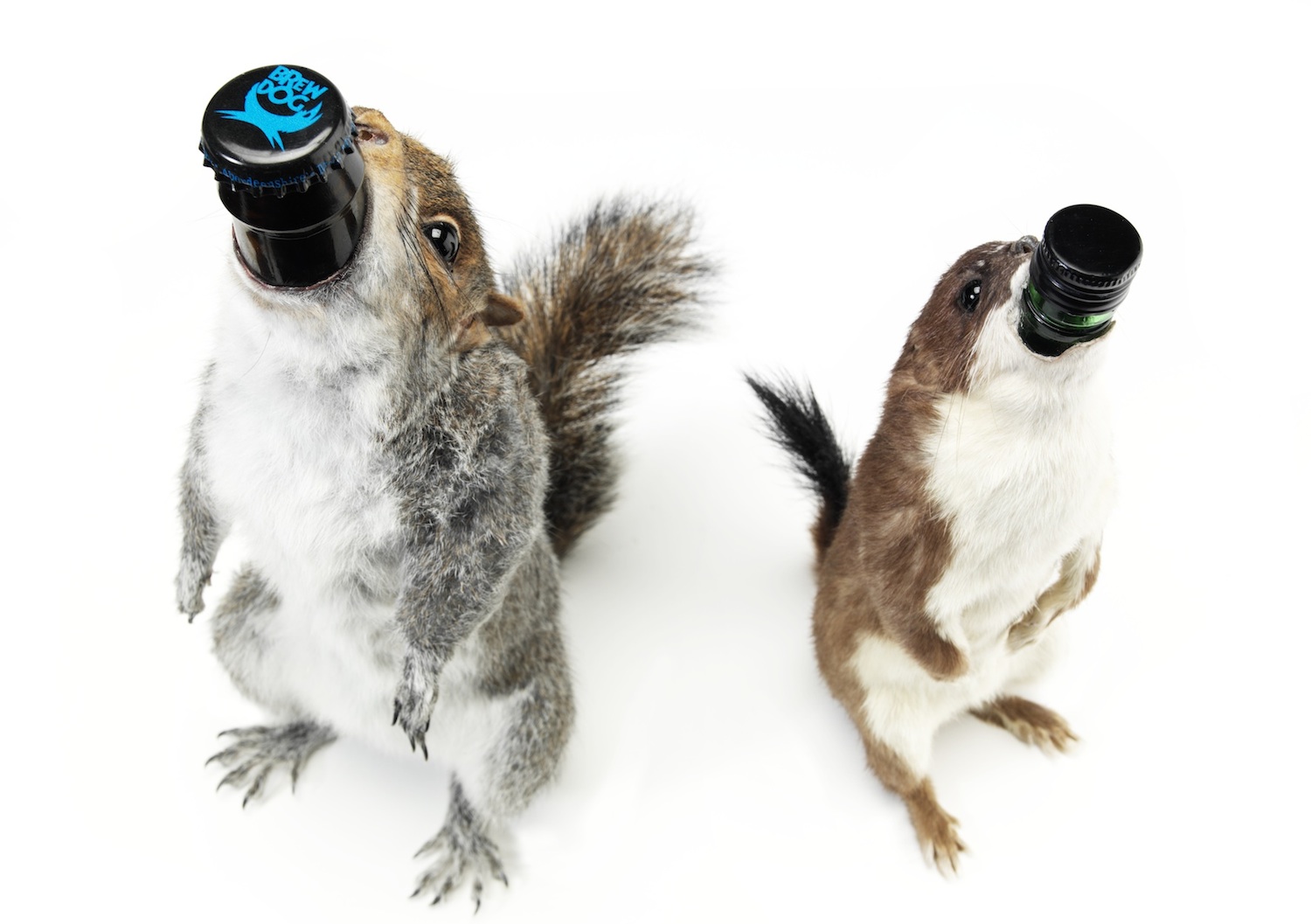 When self-titled asked me to write this article I felt a bit conflicted. I couldn’t help but feel like it would be a shame to live in a world where I came up with one of my favorite beers. Part of the joy of homebrewing is that it’s a private enterprise that deepens one’s understanding of the complexity of beer as a whole, which in turn enriches the experience of walking to the store, buying a trusted favorite, and bringing it home to drink on the spot (without the pesky 4-12+ week maturation process). One of the great things about commercially brewed beers is that they are an inherently communal experience. Despite the fact that many craft beers come in limited quantities or distribution, all of them serve to bring us closer together as a beer drinking community, something my homebrewing hobby will most likely never achieve.

So I went a couple of different directions on this. All of these are beers that I could conceive of a reason—positive or negative—why it would be cool if I came up with it, but since the gains would be selfish I hasten to clarify that I’m also glad I didn’t come up with them. I’m much happier living in this world where we can share their triumphs and faults as a community. —Trevor de Brauw of Pelican 5. SPRECHER BOOTLEGGER’S BOURBON BARREL HARD ROOT BEER
See? Already off to a bad start; this is not even technically a beer. But somewhere in the neighborhood of a year ago I Tweeted something to the effect of “if someone bourbon barrel-aged root beer I would buy the shit out of it” and then Sprecher did, and I’ve bought but a single four-pack of the stuff. Why? Because it is burdened with many negative qualities (that I might have addressed had I come up with it). The most obvious red flags are its cloying sweetness—strangely not an issue with Sprecher’s usual root beer recipe—and the fact that it’s alcoholic. (There’s really no need.) I think if this was brewed with a more traditional root beer flavor and aged longer in the barrel—it’s sadly pretty light on the bourbon and vanilla notes that barrel-aged brews are known for—I would buy the shit out of it. Maybe I should brew my own? 4. GOOSE ISLAND BOURBON COUNTY STOUT
Speaking of which, I picked this for the opposite reason as the Sprecher. This is a perfect beer: sumptuous, sweet and complex, leaving you feeling warm, personable and good all over if you can survive a full bottle. (It weighs in at a massive 12-percent ABV). This is the beer that jumpstarted the biggest—and perhaps most overdone—trend in the brewing world: barrel aging. It would be amazing if I could have come up with BCS and laid claim to inventing the concept of bourbon barrel-aging beer, but seeing as the average bourbon barrel has a 55 gallon capacity and the average homebrew batch is five gallons, it’s difficult to imagine how this could have ever happened. Unless we were in an alternate universe where distilleries used five gallon barrels. (Please point me toward that universe.) All that said, I’m glad that I didn’t come up with it; it would be sad to imagine a world where everyone didn’t get a crack at tasting this. 3. FOUNDERS CANADIAN BREAKFAST STOUT
Detecting a trend? Yes, I am a lover of bourbon barrel-aged imperial stouts. One thing that’s frustrating about them—and CBS is no exception—is that they are usually issued in very small quantities and impossibly difficult to obtain. They also pose a significant challenge to homebrewers; not only because of the barrel-aging obstacle outlined above, but also because fermentation becomes an increasingly volatile process the higher the final ABV is. I’ve only brewed two beers over 7-percent ABV; the first of those times, I was fermenting in an airtight plastic bucket and the buildup of gas blew the lid off the top of the bucket, propelling it to the other side of my basement. So coming up with Founders CBS would probably be a mixed blessing to say the least. That said I’ve only ever had ONE SIP of this beer back in 2009 and I’ve been thinking about it ever since. It’s especially notable that the flavor of maple syrup is so prominent and mouthwatering, a veritable impossibility as maple syrup is a highly fermentable sugar. (Meaning yeast devours it and leaves little trace of its original flavor.) How’d they do it? 2. ROUGE VOODO DONUT CHOCOLATE, BANANA & PEANUT BUTTER ALE
This beer is a mess. But as I’ve publicly stated, it’s a no brainer trying to bring some peanut butter flavor to a chocolate stout recipe, so when I saw this on the shelf I shrugged off the banana inclusion and decided to give it a shot. I stand by my original thesis, but this execution leaves much to be desired. This is a 5.2-percent ABV dry stout; for the richness of the chocolate to be as pronounced as it should be when being paired with as worthy an adversary as peanut butter, it needs to be sweet, which calls for a higher ABV. Also the peanut butter (sadly) and banana (mercifully) flavors are very subtle here. If I’d done it (and maybe I still will) it would be sweeter and richer with an increased peanut butter presence.

1. BREWDOG THE END OF HISTORY
Let me say, first and foremost, that I have never had this beer. (Only a scant 12 bottles were ever brewed.) Clocking in at a deliberately absurd 55-percent ABV, The End of History marks Brewdog’s final entry in a series of pissing contests to brew the world’s highest ABV beer (see also: Tactical Nuclear Penguin). Part of me wishes I’d come up with it so I could simply taste it, though I think it’s safe to assume it’s not a good beer. (Freezing and extracting water to concentrate the beer’s strength was a critical part of the process, which doesn’t sound at all enticing.) Part of me wishes I’d come up with it simply so I could’ve stopped in my tracks and said “maybe this isn’t such a good idea,” but mostly I wish I’d come up with it so the world would never have had to see a beer packaged inside a dead squirrel. I didn’t mention that each of the 12 bottles were encased in the body of a dead squirrel? Then again, if I’d come up with it we’d have to live without the ridiculous video they made to accompany this brutally unique brew…

Pelican’s latest album, ‘Forever Becoming’, is available now through Southern Lord. Check out a couple songs from it below…