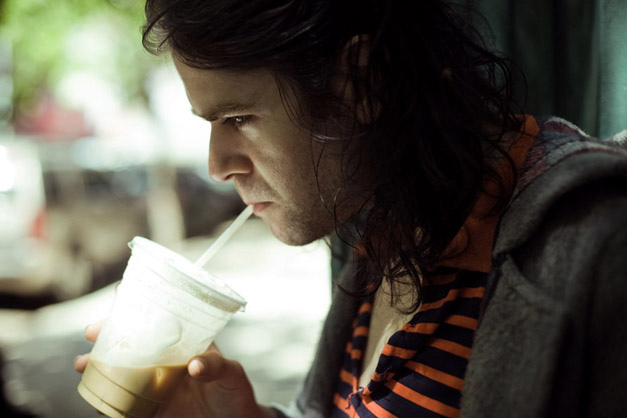 Ariel Pink has spent most of his life making the sort of self-recorded psychedelic pop songs that make critics use terms like â€œhazy,â€ â€œhalf-remembered reveriesâ€ or â€œmurky nostalgia for a time that never was.â€ But in conversation, the 31-year-old California native is significantly more direct. After years of scratchy home recordings for Animal Collective’s Paw Tracks label and critically-panned live sets, Pink says that he formed Ariel Pink’s Haunted Graffiti after he realized that live shows were the only way he could make income as a musician.

â€œI had to figure out a way to make it so I don’t feel humiliated all the time,â€ explains Pink. â€œI could probably stand up onstage and just not give a shit about it, but I didn’t feel good about having so much contempt for the audience that are there to hear songs that they like on the record.â€

“If it didn’t feel like Broadway I felt like it was going to be a bad record or something.” As for that Haunted Graffiti band (Kenny Gilmore, Aaron Sperske, Tim Koh and Nite Jewel’s husband, Cole M.G.N.), well, â€œit’s whatever I say it is at any given time. It’s still loud and proud as a solo act. I think being in a band without the songwriter’s name in it is kind of a little disingenuous to the band members. They come aboard amidst false pretenses and then later on they realize they’re the hired hands, and it causes a suicide pact…The band isn’t writing the material, suffice to say, so it’s just better if I just call it for what it is, and then I get to do all the interviews and they get to stay at the hotel.â€

Sitting at the 4AD offices, Pink alternates between autographing a stack of tour-only vinyl singles and admitting that he recruited the current Graffiti lineup with the goal of landing at a larger label–one that could support five guys on the road. While Pink grew up listening to 4AD’s reverb-heavy goth anthems, he’s quick to point out that â€œthey’re not the label they once were. All labels are the same. They’re all going to rape you like crazy. So I’m letting them rape me for a while so I can get a higher visibility, and then we’ll go back to being a free agent sometime soon, hopefully.â€

In the meantime, Pink led us on a track-by-track tour of his 4AD debut, Before Today.

â€œHot Body Rubâ€
That’s an apt place to start. It was played by different musicians than the rest of the album, and has a completely different feel. Essentially the situation was set up that I was going to go to Dallas for a few days and [the Mutant Sounds people] were like â€œwe have a violin, we have a sax player at your disposal.â€ I didn’t even ask for these things; they kind of just threw them at me and I was forced to come up with something on the spot. It was really interesting and liberating–I felt like a real band leader. It came out really nice.

Once I came back with four songs from those sessions, I thought â€œHot Body Rubâ€ would be a great opener for the record, which by then I had decided was going to be this Broadway-looking thing. Ergo the album cover–us in some kind of Detroit landscape. I didn’t want any of the California sunshine bullshit, it makes me sick to hear about it. In listening to the rest of the songs on the album, the only way that I could figure out a tracklisting to give it a cohesive feel:there’s no cohesion before it, but adding that song kind of synched it. Putting it at the top and then adding that cover kind of gave the whole thing an appropriate context for me, because otherwise:if it didn’t feel like Broadway I felt like it was going to be a bad record or something.

â€œBright Lit Blue Skiesâ€
That’s a cover song. It’s a cover of a cover, actually. The Rockin’ Ramrods. And then another band from the â€˜60s covered that called the Rising Storm, and it was re-released on Arf! Arf! Records. It was a really small pressing. It was a band of high school students. I got hip to them because I read that Unknown Legends of Rock ‘n’ Roll book by Richie Unterberger a long time ago. They had a CD in that book that had one of their songs and I fell in love with that song. We rocked it on tour sometimes and learned it as an afterthought, although it became a staple of our set.

For more of our exclusive track-by-track feature with Ariel Pink, check out self-titled‘s eighth issue below…